Phuket will soon boast another massive attraction, Carnival Magic. The new theme park, a 5 billion baht project not counting the cost of the 100 rai plot of land on Kamala Beach where it is located, is a sister property and next-door neighbour of the famous Phuket Fantasea.

Together both cultural theme parks will make that part of Phuket's west coast even more prominent on the tourist map. The new one, whose opening date next year is yet to be announced, will be the first of its kind based on a theme that evolves around Thai festivals and traditional celebrations. Carnival Magic will be made up of four zones.

The first, called Carnival Fun Fair, is a shopping street with a dazzling array of goods from all parts of Thailand. Its festive atmosphere will be enhanced by classic rides such as a Ferris wheel, a merry-go-round, mini train and mini race cars.

The second zone will feature two large restaurants, one serving set dinners while the other offers international buffets. The first will be more luxurious and fancier. Arriving guests will have to board a barge that will hover 7m above the ground to reach the entrance.

River Palace, the third zone, is an enormous 200m-long theatre with 2,000 seats. Its stage is 70m long. The theatre's real highlight, however, will be the stage extravaganza named River Carnival, which promises to be one of the world's longest indoor parades.

The last zone, Kingdom Of Light, will showcase a spectacular illumination that is one of the largest in Thailand. It will surely be a hit among selfie lovers and anybody who enjoys light shows.

The new theme park is expected to attract at least a million visitors a year, with 70% of them international tourists and the rest Thais. 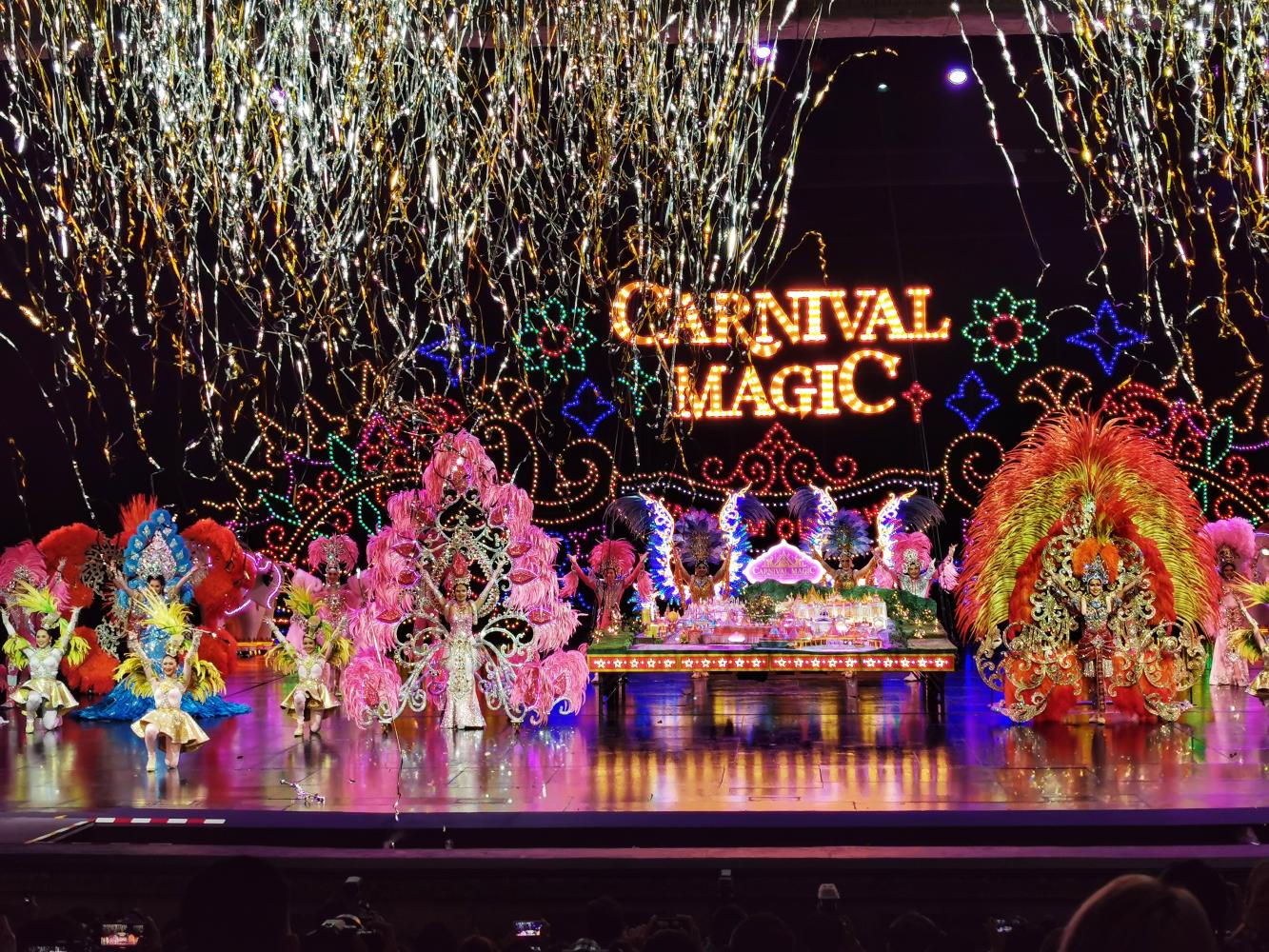 Together with Phuket Fantasea, the brand new Carnival Magic will make Kamala Beach more prominent as a destination for night entertainment on the resort island. Photo: Pongpet Mekloy

For details and updates, visit carnivalmagicpark.com or Carnival Magic page on Facebook.