Flying in with a floating head and dangling intestines, the reimagined tale of krasue recently made its showcase at the 32nd Tokyo International Film Festival (TIFF) as part of the Crosscut Asia section that featured supernatural and horrific stories from the region.

In Sisters (Krasue Siam in Thai), directed by Prachya Pinkaew, two high-school sisters find their fate on opposite sides as one is trained in combat and witchcraft to be a demon hunter, while the other is condemned as the demonic krasue itself. This modern tale brings krasue out of its usual rural setting and into the heart of Bangkok, with the opposing krasue coven staying undercover at a beauty clinic in Siam Square.

The film stars young actresses Ploiyukhon Rojanakatanyoo and Nannaphas Loetnamchoetsakun as the hunter-and-demon sisters, with Rhatha Phongam playing the evil krasue queen. It was released in Thailand in April and will get a theatrical release in Japan next year. TIFF 2019 marked the film's international premiere.

As part of the festival's Crosscut Asia section presented by the Japan Foundation Asia Centre, Sisters joined the likes of The Halt by Lav Diaz, The Long Walk by Mattie Do, two episodes from HBO's Folklore series, A Mother's Love and Tatami, and more in this year's line-up under the theme "Fantastic Southeast Asia". The krasue tale was the only Thai film being featured in the section.

Director Prachya was in Tokyo to promote the film with one of his leading stars, Ploiyukhon. During an interview with Life, Prachya recalled the origin of his modern retelling of krasue folklore.

"Krasue is the strangest of all Thai ghosts. I grew up dreaming of making a krasue film, but in a new way," he said.

The director revealed that he came up with the idea in 1997 and planned for the film to be called Krasue 2000, to be released in time for the millennium. At that time, he was also developing the action feature Ong Bak that later catapulted him to international fame. He decided to focus on Ong Bak first, and then it became a streak of action hits that continued into Tom Yum Goong and Chocolate before he finally came back to the krasue tale.

"And guess what happened when I did? Another krasue film also came out roughly the same time," he said, referring to Inhuman Kiss (Saeng Krasue), the romantic drama featuring a more traditional portrayal of krasue. It was selected as the Thai entry for the Best Foreign Language Film category at the upcoming Academy Awards.

In adapting well-known classic folklore for modern audiences, Prachya didn't hold back from putting his own spin on the story. 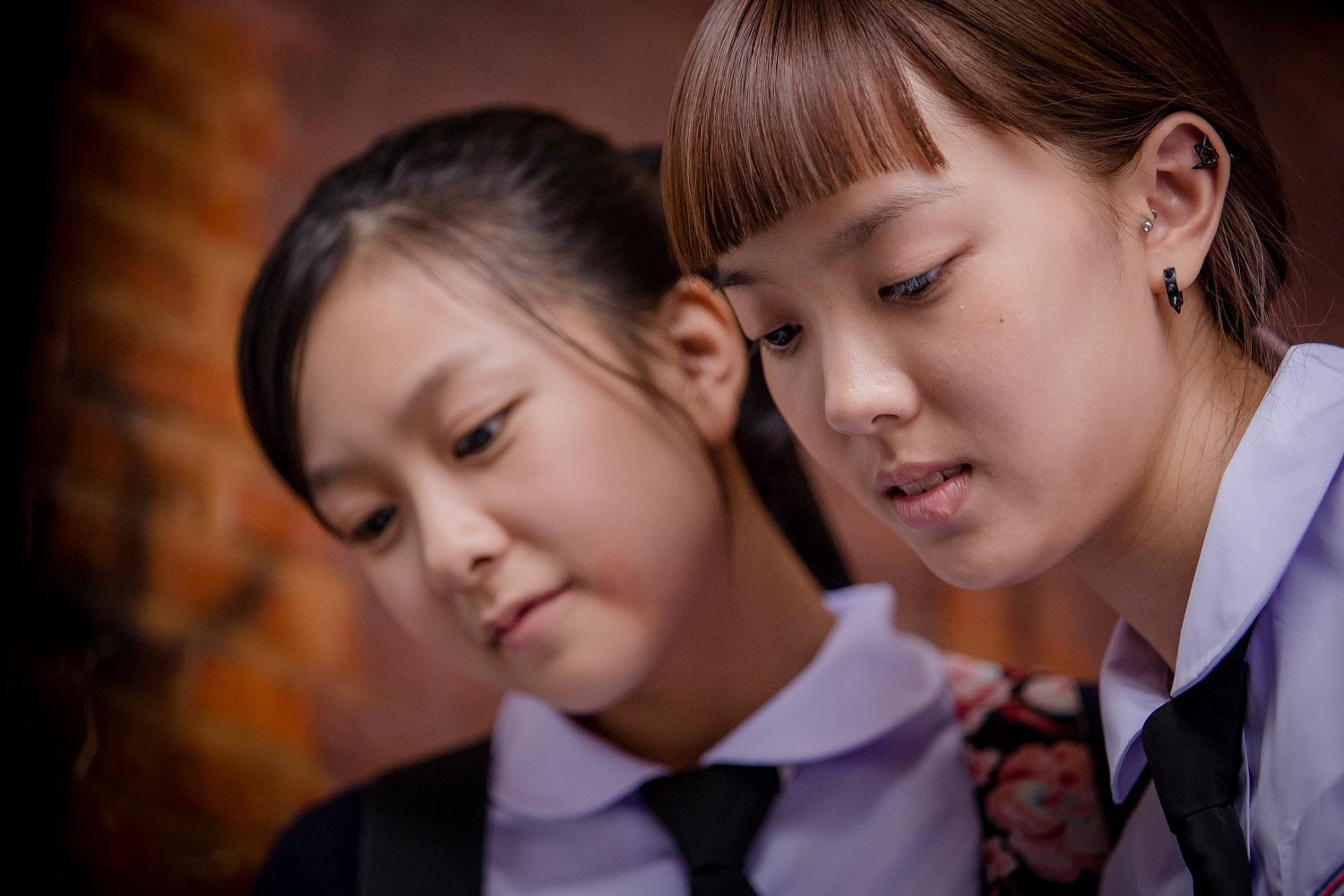 A tale of two sisters — a krasue and a demon hunter — in Sisters (Krasue Siam).

"Within the cinematic world, there must be no frame to confine us. We can imagine anything and challenge the audiences," he said. This viewpoint also affected his casting choice. Ploiyukhon, for example, represents a very modern image of today's teens, which was the kind of contrast he wanted for the age-old image of krasue.

"I don't think we can really say if people prefer a retelling of old stories or completely original stories. There's no specific trend. Still, people tend to go for something fresh. Even if you take something from an old legend, there has to be new materials in it."

Our conversation soon veered into the territory of horror films.

"Among Asian films, Thai horror films are very famous," began Prachya. "Before, Japanese ghosts were in the lead, though I think it's been proven now that Thai ghosts are a force to be reckoned with. We have quite a long history and a variety that Thai filmmakers have offered to the world. This goes back to the likes of Nang Nak, to more modern classics like Shutter, Laddaland, and even The Eye. The Eye may have been directed by Hong Kong filmmakers, but it still feels very Thai."

Prachya's favourite horrors are The Eye by Oxide and Danny Pang, which was filmed partly in Thailand. He also likes Ju-On and The Conjuring.

"Has there ever been a film where a Thai ghost and a Japanese ghost meet? Like a crossover?" asked Ploiyukhon. She then suggested an idea to Prachya. "Would you wanna do a story where krasue meets the Ju-On ghost? Or even Sadako from The Ring? I mean, where would they fight?"

While ghost stories in each country are different from the next, one common aspect they seem to share lies in gender. It's interesting how the world is full of female ghosts. In Thailand, tales of krasue, Mae Nak and others have long been a staple of the country's folklore. Overseas, there are the vengeful spirits of Ju-On, The Ring, Annabelle, The Nun and more that have been haunting audiences around the world.

Within TIFF 2019's competition section, there was also La Llorona by Jayro Bustamente, which was inspired by a Latin American ghost story that featured the tale of oppressed women seeking revenge.

The director and the actress chipped in on the popular use of women in the role of ghosts.

"They got long hair, maybe?" said Ploiyukhon, referring to the classic haunted look that often feature women with long, dark hair dripping wet. "Or maybe women tend to hold grudges. They could be more theatrical, more dramatic than men."

"I guess we also have to ask why a lot of them have to dress in white," Prachya opined. "It's the whole package. It's the attitude and image that has been passed from generation to generation. A stereotype."