Talking with the cast of a new Thailand-based Netflix series about broadcasting their culture, learning their profession, and living in a world with no phone reception

After bingeing on several international stories on Netflix, Thai audiences are finally getting a taste of home in a new original series The Stranded, which is released today on the streaming platform in 190 countries. It is the first Thai original series to be launched on Netflix.

With seven episodes available, The Stranded brings a group of elite high-schoolers to a fictional island in the South where, after a tsunami hits, they are left alone with no adults and no prospect of rescue. All 36 teens must work together to survive on this island where there's no phone signal and where a simple can of food has more value than any money they may have in their pocket. Meanwhile, mysterious events begin to surface as the teens struggle with both outside threats and internal dilemmas.

The series is directed by Sophon "Jim" Sakdaphisit, who previously helmed hit horrors like Laddaland and Coming Soon. It was made in co-operation with GMM Grammy and H2L Media Group, as well as production teams in the US, Singapore and Thailand.

"It's like a mixture of Hollywood and Thailand, and there has never been this kind of chemistry in a Thai series," said Sophon at a press conference held on Wednesday at the St. Regis Hotel in Bangkok. "It still feels familiarly Thai, but is also pretty international. When foreigners watch this, they will get a taste unlike any they've had from other Netflix series.

"As the first original Thai series for Netflix, we tried to look for something that may feel familiar, like a Thai folklore tale we know, though there has never been this kind of interpretation before."

Onstage, the young cast took turns sharing their experience on set, with most citing the level of professionalism of the production team, whereby everything had to be punctual with standards of safety they've never experienced before. As they joked and bantered, it was clear their chemistry was effortless and natural, and resonated on-screen as each of them takes their character through both a physical and emotional journey on the island.

Life sat down with the three leading cast members, who shared their expectations for the series. 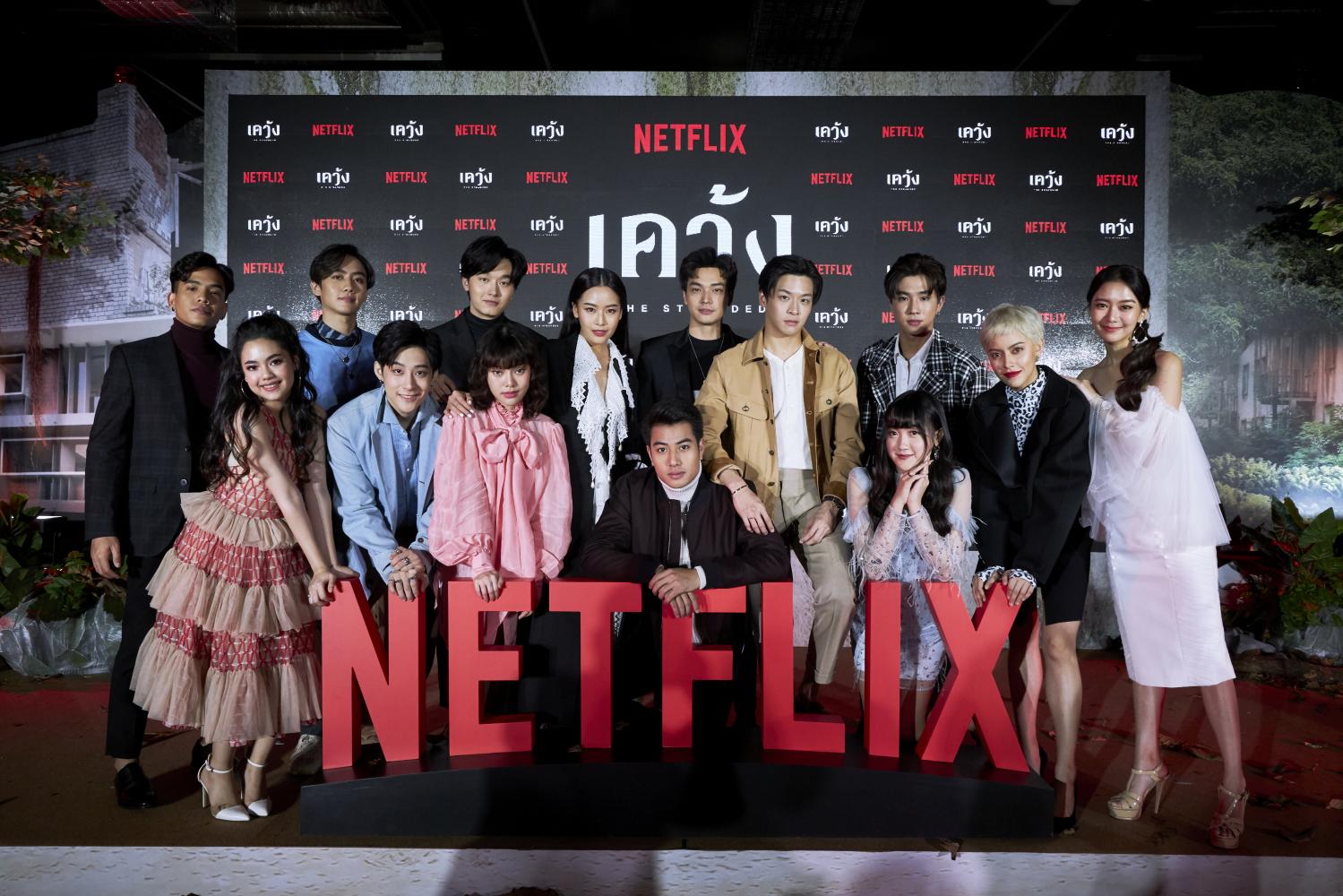 The cast of The Stranded at a press conference in Bangkok.

How are you feeling about this project?

Chutavuth: I think the stakes are pretty high. We say this is the first original series from this country. So, if we do it well, I think it will open doors for our entertainment industry to expand even further. We may even get more investment from overseas. What's at stake here is not just about us, but also many other things. At first, I felt really pressured. I was afraid that I wouldn't be able to do it well and that it would affect others, too.

Chayanit: It feels like our country is at stake here. Ekachai [Uekrongtham, executive producer] always told us cast members not to embarrass everyone.

Was it hectic to have a lot of young people together on set?

Papangkorn: I wouldn't call it hectic. Everybody is pretty much the same age. We share the same goal. After work is done each day, we'd all sit together and even talk about work sometimes. And with our age, we hit it off right away. The credit really goes to the casting team.

Director Sophon previously said this series is packed with teen problems. Are there any particular issues you're interested in or want people to focus on?

Chutavuth: For me, I like the decision-making aspect of it. It's really done in a teenage way. You think little of things and just go along with others, relying on instinct and emotion to decide.

And there's the survival aspect, too. I mean, we're not Bear Grylls. We don't know how to do anything. We're a bunch of teens with no knowledge on survival who are trying to survive because we value our lives. That will to survive brings out each person's instinct and rawness.

Chayanit: What I like about it is it's a teen series set in a generation where everyone is addicted to mobile phones. Everyone is on social media. In everything we do, we need to have a phone in front of us. But with this situation, we can't play with our phone. There is no signal. Nothing at all. I think it gives us a chance to come back and be with ourselves.

What were you most impressed with as you worked on the project?

Chutavuth: I think we get to work on a scale we've never experienced before. The set really caught me off guard. Like, we were filming a scene at school after it was hit by a tsunami. So, they had to film the school before the tsunami hit first. The team built a school on Koh Sichang and it was so pretty. We shot it there. That scene was over. And when we came back, they somehow managed to have an entire boat there in front of the school.

What sort of outcome do you expect to see after the series airs?

Chayanit: I think it'll help the whole world to understand Thai folklore and beliefs. It's the first time our country will get to present this internationally.

Chutavuth: I guess I expect it to work on the world stage. I want it to be like Kingdom from South Korea, or anything that people around the world see while also acknowledging the country it comes from. I'd want people to talk about Thailand that way too.

Papangkorn: Being in this project, we've seen the entire process from the start, from the days of pre-production to workshop and actual filming. All we've been seeing is everyone giving it their all. It's not about whether the series becomes a big hit or not. I only hope that people will like what we've created and love the characters and series as we all do. 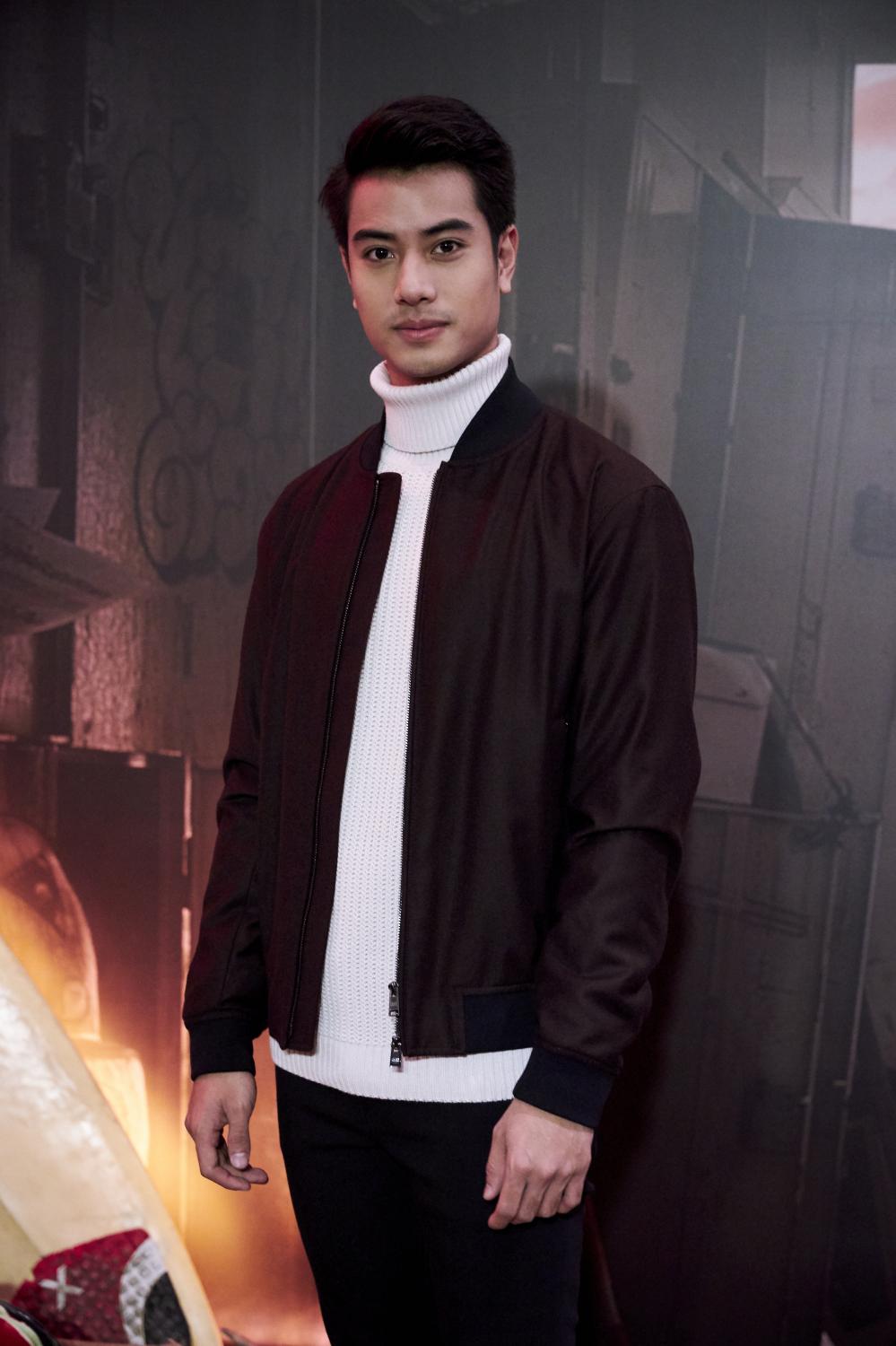 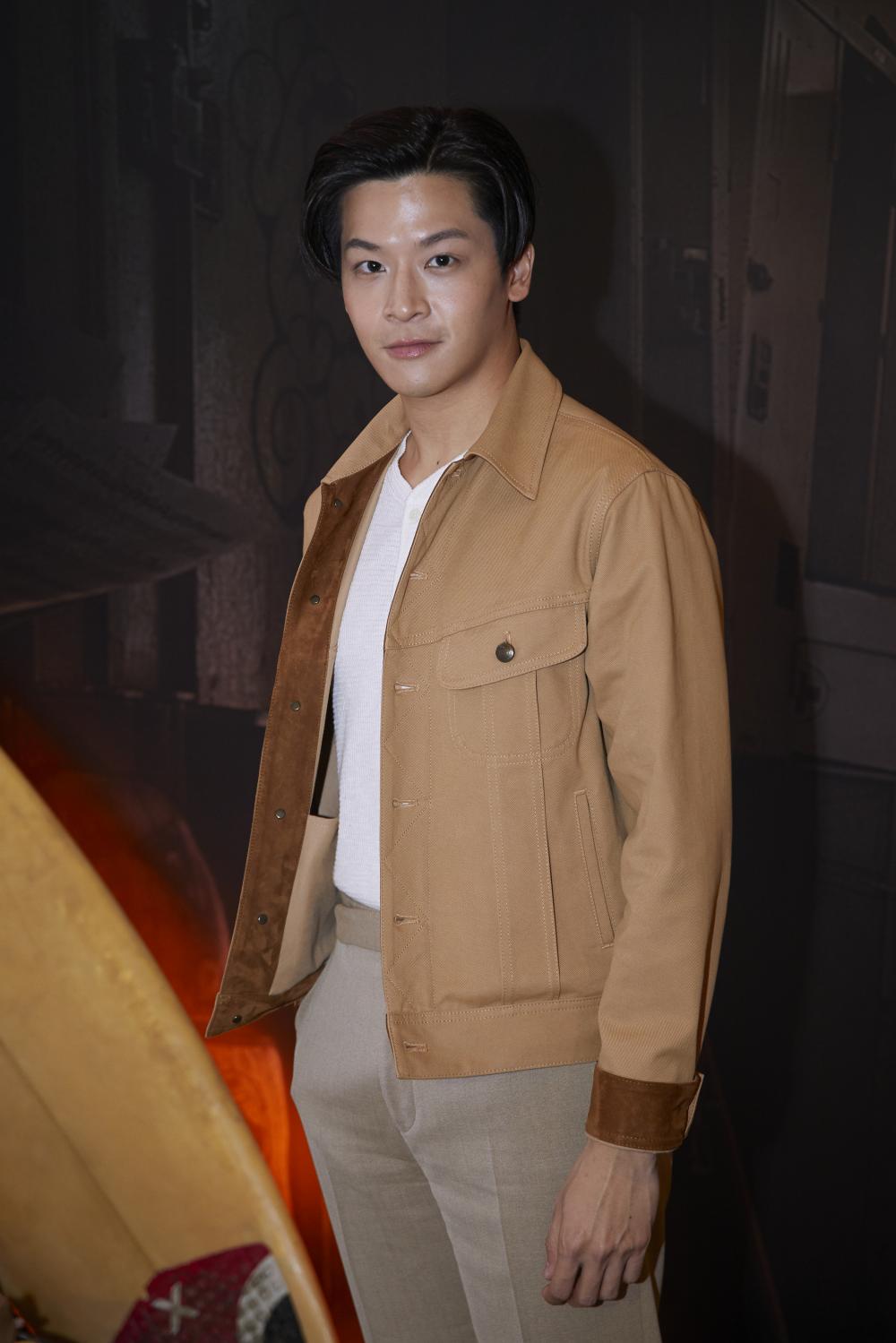 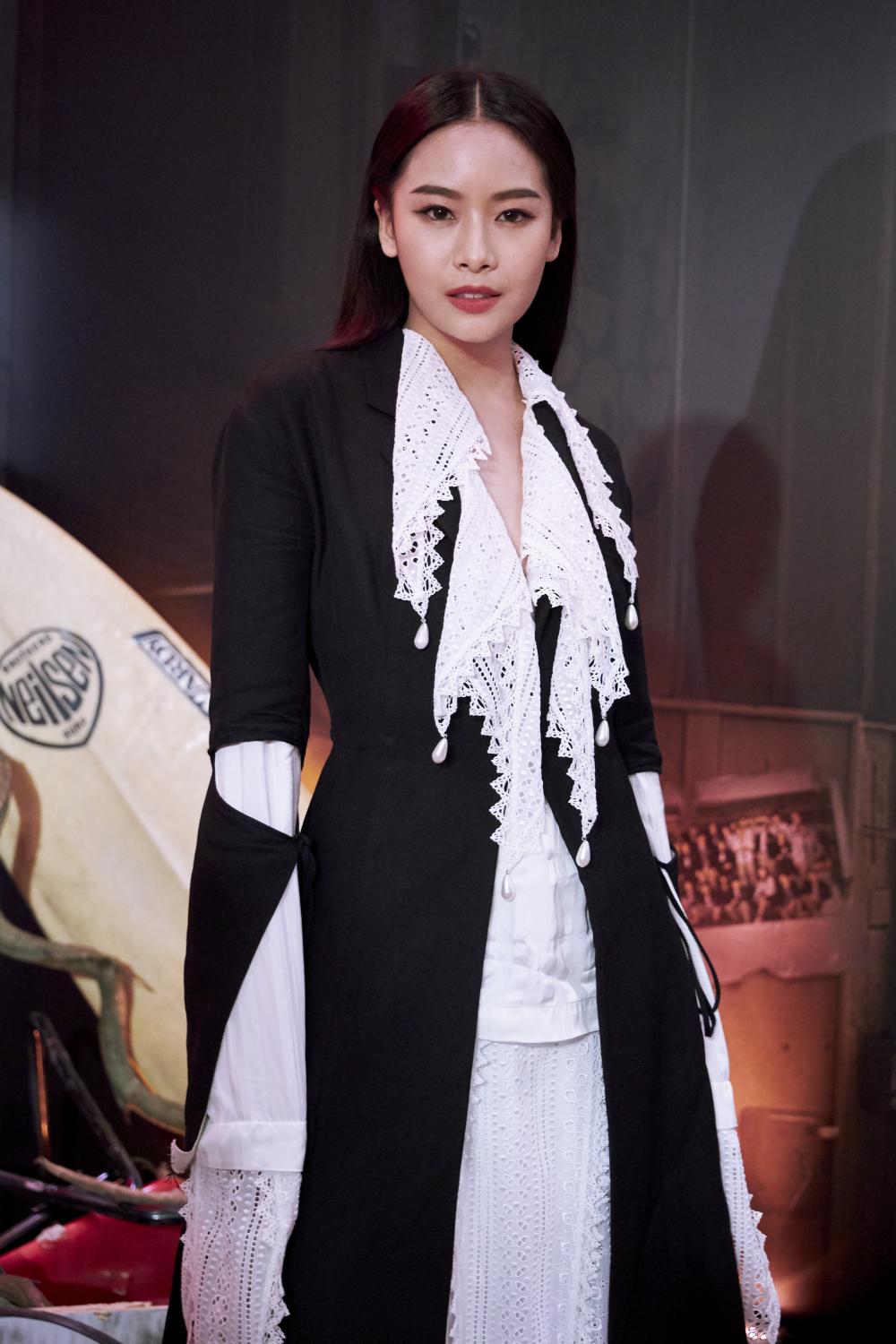 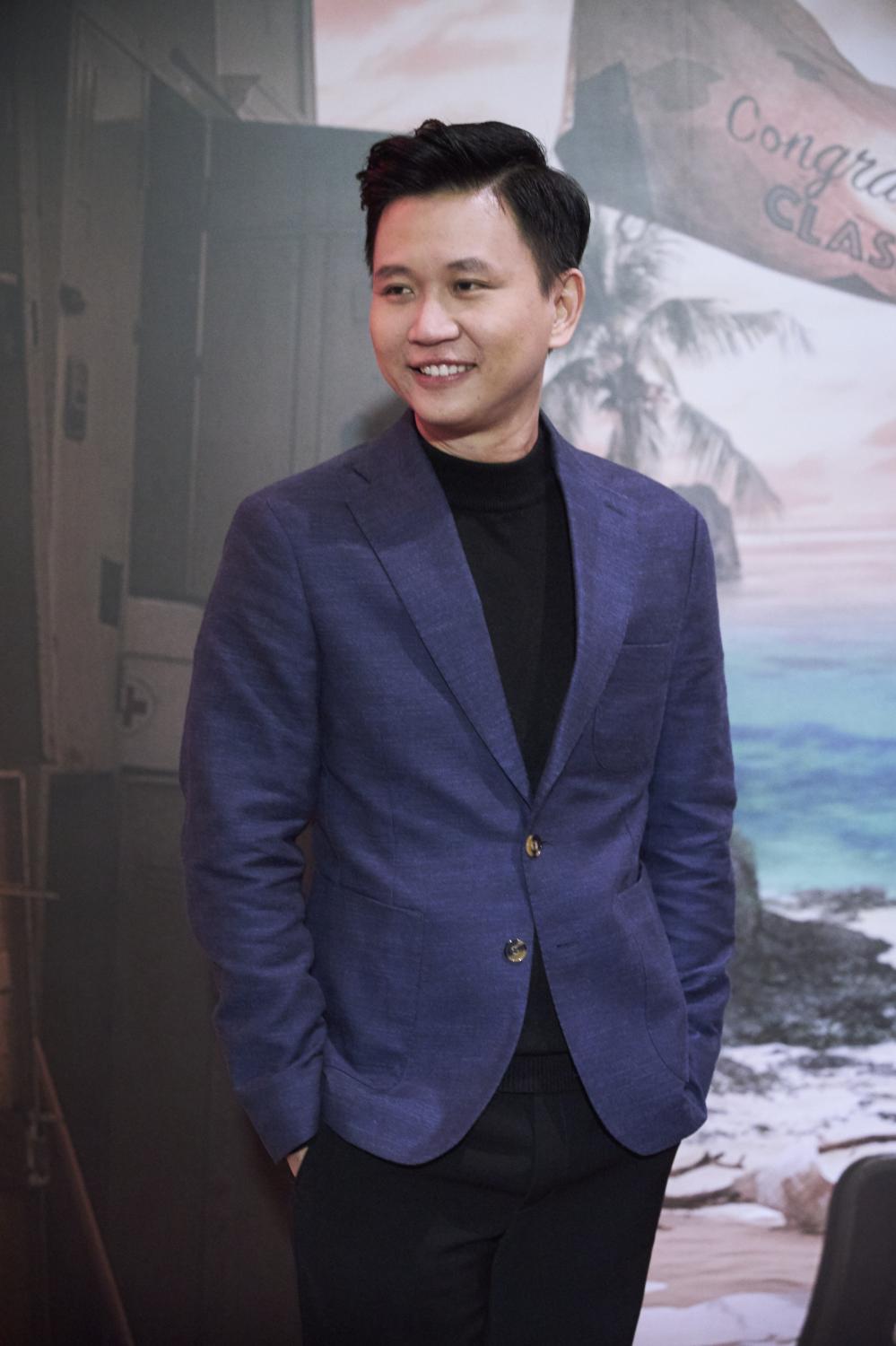