Back to the cave
Life
Arts & Entertainment

Back to the cave

As the first film about the Tham Luang rescue reaches cinemas, Life speaks to one of the key players involved

Over a year has passed since the Tham Luang cave rescue mission made international headlines. The daring attempt to save the 12 boys and coach of the Wild Boars football team gripped the entire world.

This story of a seemingly impossible operation by a multinational team of rescuers and divers is one the public will not readily forget. Now, audiences in Thailand will get a chance to revisit the story, and perhaps gain a new perspective on it, as The Cave opens in local cinemas on Thursday.

Directed by Tom Waller, The Cave is a docudrama that features both actors and actual volunteers who participated in the rescue mission.

Leading the cast is the Ireland-based Belgian electrician and cave diver Jim Warny. During the actual mission, he was responsible for bringing out Ekkapol Chantawong, or Coach Ek. Other divers who appear as themselves in the film are Erik Brown, Mikko Paasi and Tan Xiaolong. 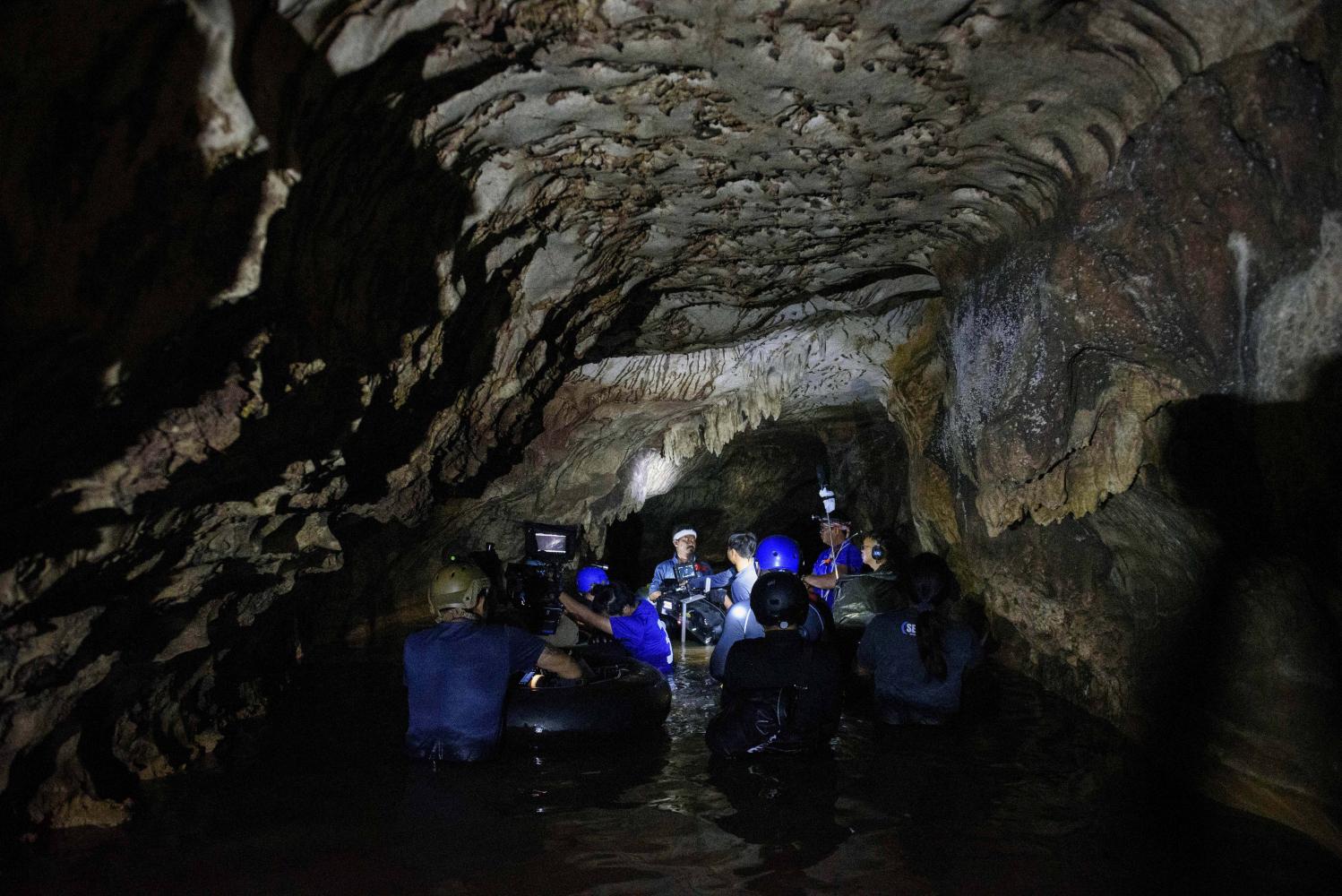 Left The cast and crew filming scenes inside a cave. De Warrenne Pictures

On a recent visit to Thailand, Warny sat down with Life to discuss his experiences during the whirlwind rescue mission and revisiting everything for the shoot. Waller approached Warny soon after the mission was completed and the two soon developed a mutual vision for the film.

"I felt good in the way he wanted to show the story of the cave rescue. It was a very important choice for me to choose wisely how to talk about the rescue and how to portray it," said Warny, who was impressed with Waller's earlier directorial effort, The Last Executioner, particularly how natural and real it felt.

In a previous interview, Waller told Life that The Cave is primarily about the volunteer spirit, and not essentially much about the boys.

"The film will be told largely from the base camp outside the cave, rather than from inside the cave," Waller said. The Wild Boars, or rather the actors portraying them, have small roles in the film.

"In general, it's hard to get the official account of the event from the Thai side, since there's a lot of bureaucracy involved. I focus more on what I glean from international participants, and mostly from what is already in the public domain," the director added. 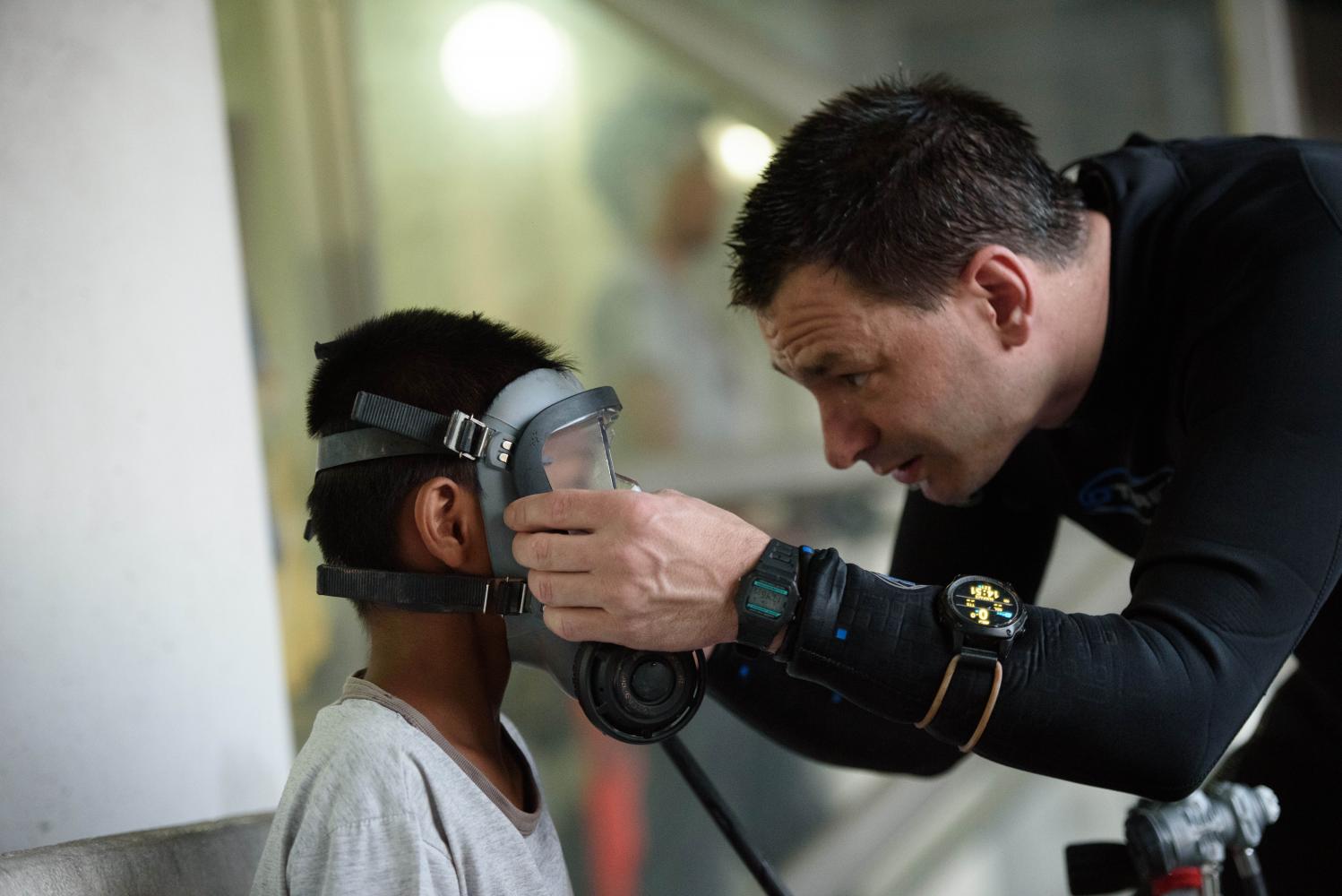 By the time the Tham Luang mission concluded, there were many production teams expressing an interest in adapting the event for screen. So far, only two seem to have taken off, with the other project being developed as a miniseries by Netflix.

Warny revealed he had also been approached by other filmmakers looking to "buy our story and make it into something it wasn't". Through his involvement in The Cave, he got to have a say in how the story was portrayed, which he felt was crucial for authenticity.

"It's a fact that not the whole team is involved [in the project], so I want to portray other people correctly as well -- and decently, too. I don't want to cause conflict or concern. From having seen the movie, I think we have achieved that goal," Warny said. 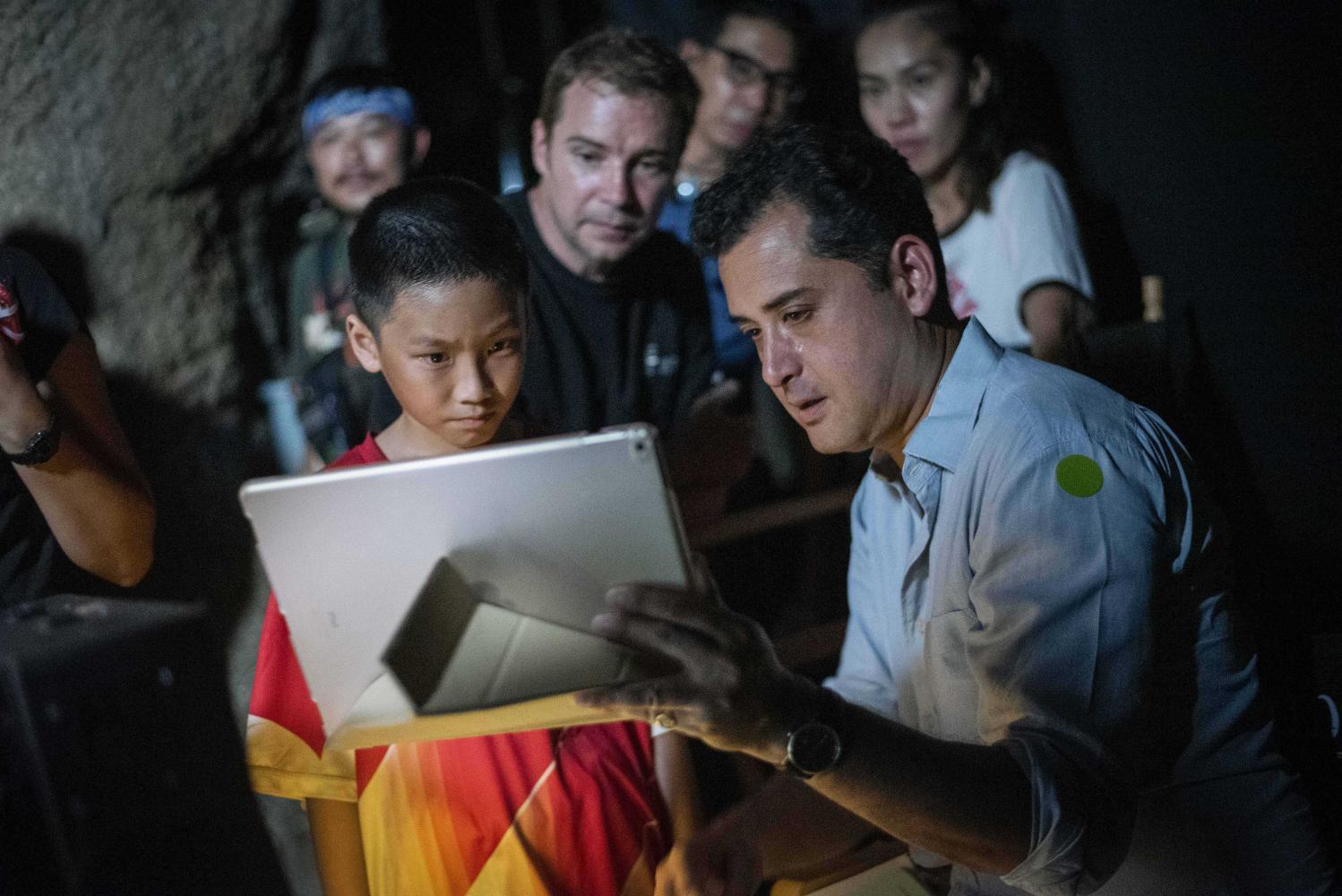 Above Director Tom Waller, right, during the filming of The Cave. De Warrenne Pictures

For the shoot, the cast and crew worked in different caves in Thailand and also on set. They weren't able to film at the actual Tham Luang, which has since become a tourist attraction.

"Re-enacting the rescue was hard work. Still, it was comforting to see that I had control over every little detail in my storyline," he explained. Despite this focus on accuracy, however, he did find the experience somewhat surreal.

"Watching yourself on-screen is pretty strange," he admits.

Nevertheless, as someone who was in the rescue first-hand, he feels the movie is "immersive and real".

"I want people to see what really happened behind this mission, see how we came together as a team and achieved things against the odds to save these kids successfully. It's an amazing story to share. I hope it might inspire people to overcome fear and do something amazing," he said. 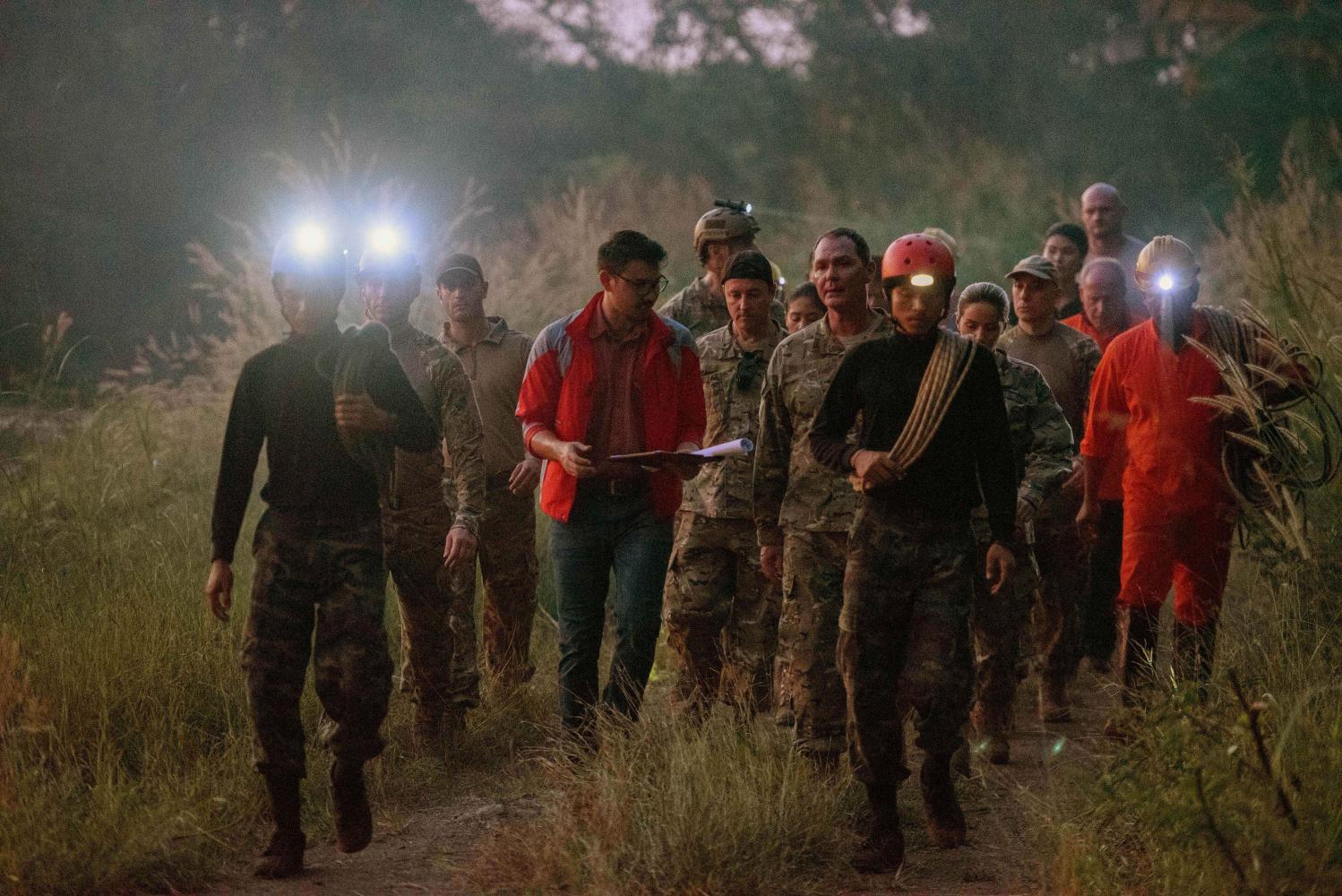 Warny started out open water diving at the age of 12. At first, it was something he did as a sport before it developed into a more technical exploration of the unknown, such as caves where no one had been before. This journey eventually led him to Tham Luang and his date with destiny to save the Wild Boars.

Looking back on the rescue mission today, he reflects on some of the moments that have stayed with him. The moment the last boy and rescue team members came out of the cave filled him with amazement and relief. Before that, especially after the team had located the boys and were preparing to take them out of the cave, his stress levels were at an "ultimate high".

"That's one of the moments that will stick with me the rest of my life," he admits. While the divers were used to exploring caves, he explains, the pressure that comes with being responsible for other people's lives wasn't something they had experienced before.

"We tried to mask the emotion inside and focus on the core task. Sometimes, it's not an easy thing to do." 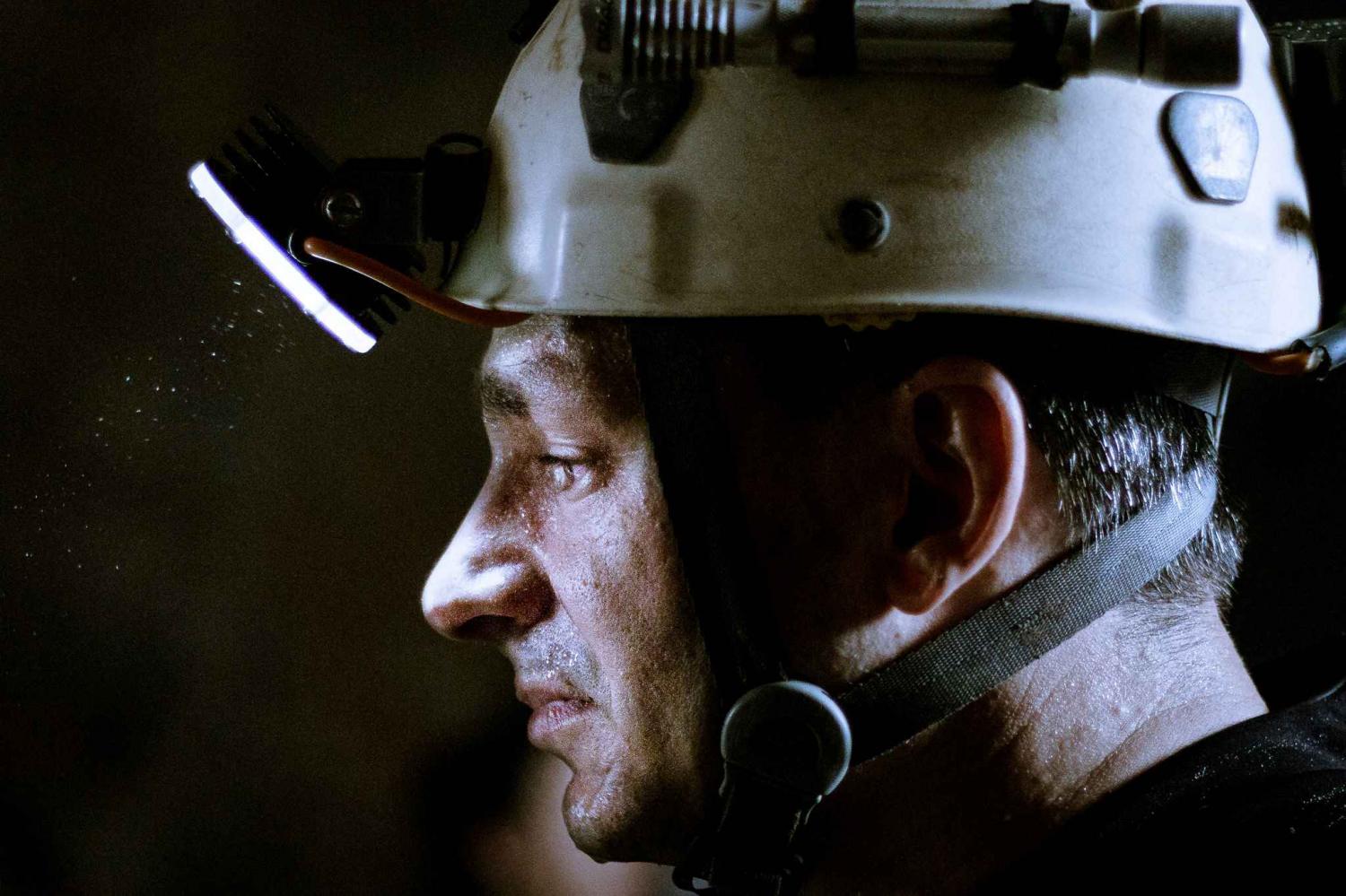 His life has changed quite drastically since the rescue. He now has to deal with media requests and public attention as a result of the highly-publicised rescue. Despite saying he's not a storyteller, he has given talks and lectures for students and the general public. He sees this as an opportunity to educate people about the underground, adventure and facing one's fears.

"That's really important to me and I try to use the attention and all the good things that come from this to achieve that goal."

Other than that, Warny tries to keep his life as normal as can be. In between all the trips and movie-related business, he still goes back to his day job and explores caves in his free time. 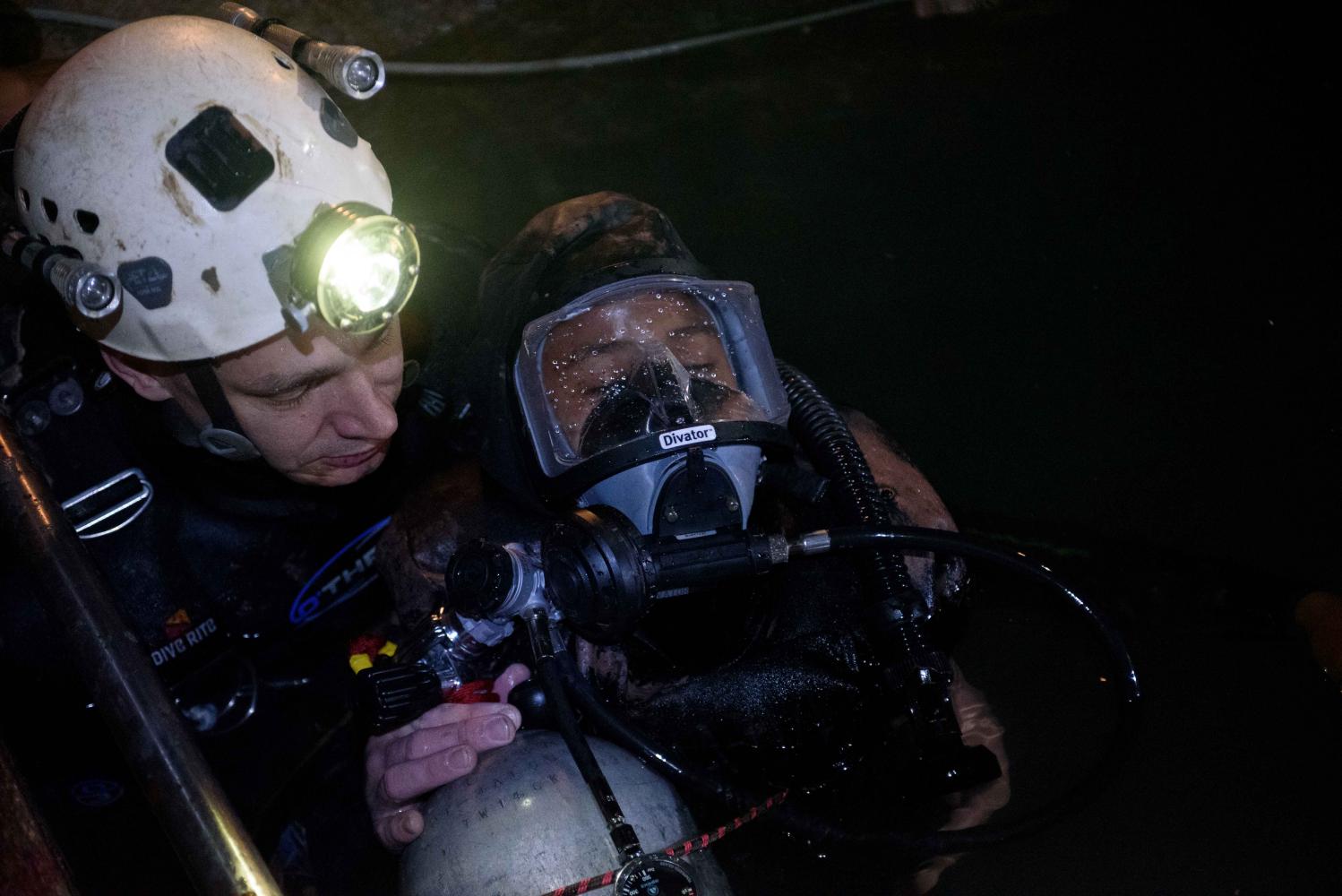 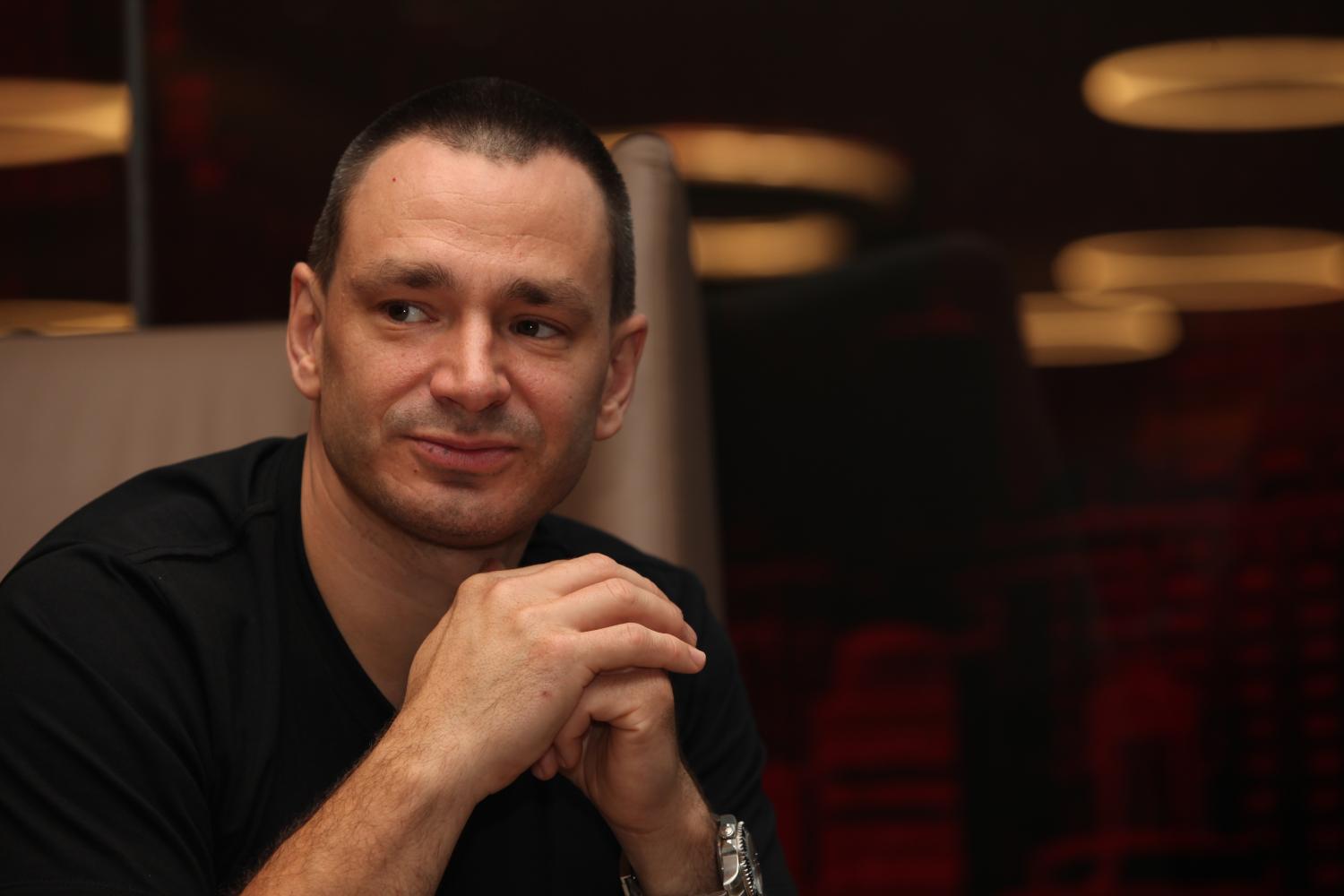