The story opens in 2027 in Kyoto, Japan, and society is being documented by drones for data-collecting purposes for the benefit of future generations. The protagonist, high-schooler Naomi Katagaki, is shy and leads quite an indecisive and bookish lifestyle. He is suddenly visited by his older self, claiming to be travelling from 10 years in the future. And older Naomi has a goal, which is to get the young Naomi a girlfriend.

And so we meet "the girl", Ruri Ichigyo, who speaks her mind and is quite straightforward, though she keeps her distance from others. Like Naomi, she loves books. The older Naomi sets his sights on Ruri for his younger self. This seems a setup for a simple romcom, boy-meets-girl storyline, though as the story unfolds, we find the film to be more complex than that.

The future Naomi reveals quite early on that he isn't technically from the future, but rather from the "real world", whereas the world that the teen Naomi and Ruri live in is actually a virtual one, a simulation from the collected data (though they aren't aware that they're just data, either). Things start to get a little confusing from here on. The audience soon learns from the older Naomi that he dived into a virtual 2027 that is stored within the infinite-capacity machine to save Ruri, who will soon get into a fatal accident and alter her bit of recorded data (or memory) from the past.

And so both Naomis try to save Ruri together from within the virtual world (because stored data has its own conscience and feeling). The high-schooler grows closer to his soon-to-be girlfriend with the aid of the older Naomi's diary. They soon arrive on the fateful day when Ruri is supposed to have an accident. 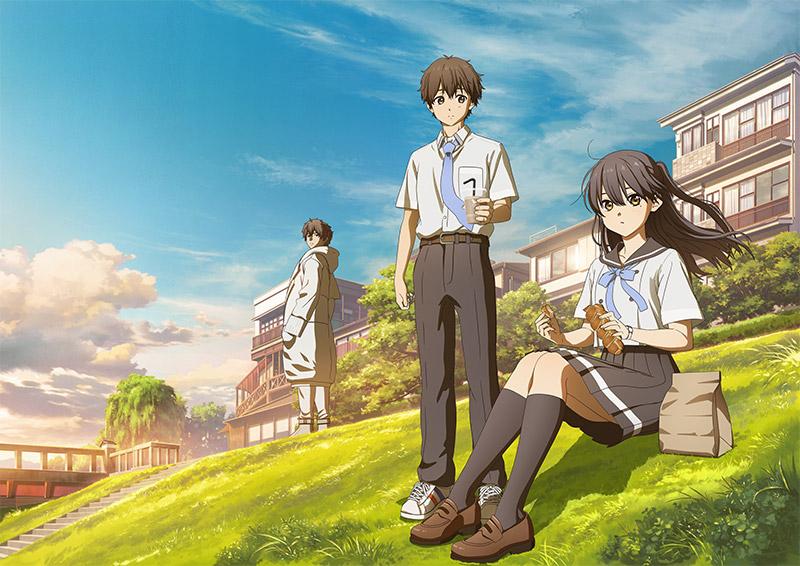 The twists and turns that follow after that won't be discussed too much here or they'll just spoil the movie. Hello World can be pretty complex, and, days after watching it, I'm still trying to figure out whether its ending is set in another timeline or even an alternative reality. Online threads have yet to shed light on it, or on the sort-of extended part of the film called Another World (available online), which focuses on the life of the older Naomi starting in high school, and which bears slight differences from the story of the young Naomi and Ruri shown in the film. It's confusing, yes. This is a puzzle we still have yet to crack, although it's quite fun to see the variety of interpretations people have.

In its mind-bending storyline, Hello World is beautifully animated, with nice music and some sequences that remind one of Inception. It is helmed by Tomohiko Ito, who directed the popular Sword Art Online anime series (about a group of players stuck inside a virtual-reality MMORPG) and is quite experienced in taking romance into the virtual realm.

But while the concept is cool and the character development not too shabby, the story seems underdeveloped at times. The love story between the two introverts comes with lush visual work, though its seemingly vast world feels rather hollowed. The result is a film that spreads its wings wide and takes off but staggers somewhat in its flight. It is also unclear whether the viewers actually land where the filmmaker wants them to.

As a whole, it is touching enough to make some cry. And even with everything I still don't really get about the film, I found myself enjoying aspects of it. We're seeing many anime this year (such as Weathering With You, Ride Your Wave and Children Of The Sea). And if you're looking for another to add to your list, then Hello World is one you can't miss.