It's the end of the world and they know it

Because the end of the world is a really, really big deal, the theme of the post-apocalyptic and dystopian world has been made into countless films over the decades, telling stories of world destruction, ecological disaster and civilisation collapse. And the story of a family bonding, surviving together through the darkest of times, is something any audience can relate to. 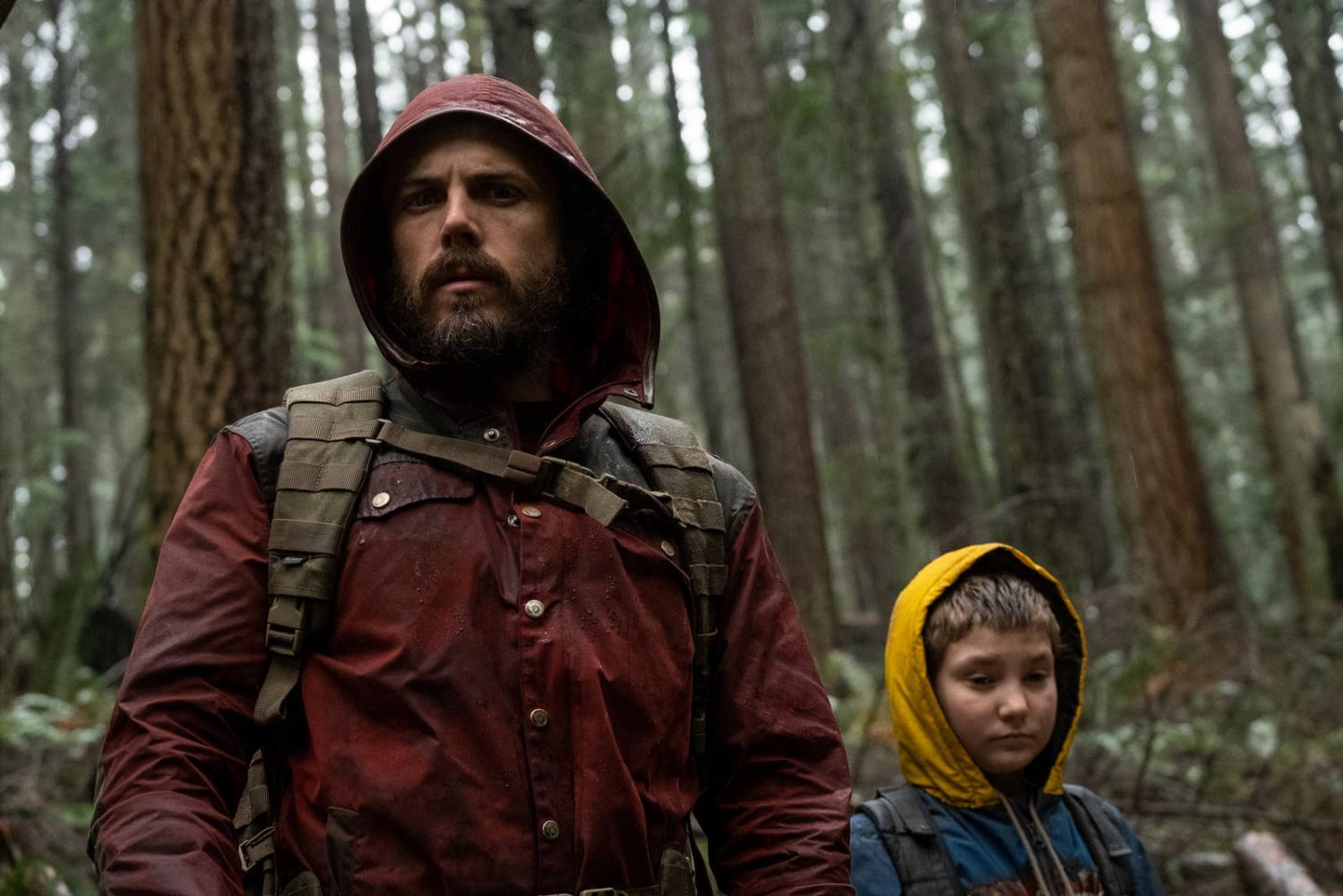 Casey Affleck and Anna Pniowsky in Light Of My Life. M Pictures Co.,Ltd

Light Of My Life is an independent drama that centres on the relationship between a father and his daughter, and is set in a dystopian near future. The film is the directorial debut of Oscar-winning actor Casey Affleck, who also wrote and stars in it. And while seeing the comparisons to predecessor films with similar themes like The Road, Children Of Men, or Leave No Trace, Light Of My Life may not be a blow-your-mind kind of film by any means, but it shows Affleck's great potential as a filmmaker, and his ability to use a small budget to full effect.

Light Of My Life follows the journey of a father (Affleck) and his 11-year-old daughter Rag (Anna Pniowsky), who are trying to survive in the woods on the outskirts of town after a decade of pandemics. It's some kind of disease that has wiped out around 90% of the planet's female population. The father's young daughter has some kind of unknown immunity.

But the world is not in complete chaos, there's still a bit of civilisation left. However, that doesn't necessarily make the town a safe place to live. So in order to keep her safe, the father teaches her strict survival skills and disguises her in boys' clothes. The two choose to keep their distance, and, most important, keep the girl away from any direct contact with other humans. From there, the movie mostly follows these two as they go about their daily lives trying their best to stay out of trouble. But of course, you know there's going to be some trouble.

The film has its very own unique vision, and feels a little bit self-indulgent here and there. And you can tell that it is very slow and deliberate on purpose. The film opens with a long take, a scene of the dad telling a bedtime story to his kid. The scene lasts for nearly 10 minutes, so that kind of sets the tone right away and you know what kind of movie to expect. And if you're not engaged by that first scene, this movie perhaps is not for you. Sure, there is a fair bit of action going on, especially toward the end, but there's a ton of that slower, quieter tone.

For the nearly two-hour run- time, what you see is pretty much the dynamic between the two main characters, their dialogue on topics such as survival rules, sexual maturation, menstruation and sex education. You get this dad, who's doubtful but kind of has a solid plan or formulaic idea for where he wants to go or how he wants to survive. And there's his daughter, Rag, who's very independent but very quizzical, and he often has a hard time explaining her questions. And although the father is potentially flawed and seems unsure about his plan most of the time, if you think about it, this is actually a really good metaphor for the entire movie. And the same metaphor within that story actually gets addressed later on, which I thought was really quite clever. I also liked the way the movie uses flashbacks to show us the mother (Elisabeth Moss), who passed away a long time ago. And while her character seems unimportant for a while, over time you come to understand what Affleck's character has gone through in the past 10 years, and why he is the way he is. And the very last line of the movie is actually pretty special.

Overall, it's a very well-crafted movie with beautiful cinematography as well as moving and thoughtful dialogue. But the slow-burn storytelling and open ending can easily put off many viewers. Light Of My Life doesn't disappoint, but it doesn't blow one's mind, either. It's a moving drama with a really engaging core relationship that keeps it compelling.