Kittiphak Thong-uam talks with Life about how his new movie, Tootsies And The Fake, is not just for toots

published : 4 Dec 2019 at 04:00
newspaper section: Life
writer: Melalin Mahavongtrakul
Araya A. Hargate plays a street-food hawker and a superstar in the film.

What does a filmmaker wants from his audience? For Kittiphak Thong-uam, who directs the new comedy Tootsies And The Fake, it's laughter.

"I hope people watch the film and laugh, and live longer because they get to laugh," Kittiphak said.

Arriving in cinemas tomorrow, Tootsies And The Fake is a movie spin-off of Diary Of Tootsies, also directed by Kittiphak, a popular TV series that revolves around a group of friends -- three gay men and a lesbian -- and the hilarity that ensues from their romances, mishaps and dramas. Reprising their roles from the series are Paopetch Charoensook, Thongchai Thongkuntom, Ratthanant Janyajirawong and Pattarasaya Kruasuwansiri as Gus, Golf, Kim and Natty, respectively.

In their first big-screen appearance, these four besties return with a hilarious mission to find someone to impersonate superstar Cathy following an accident. They eventually find a doppelgänger in Nam, a street-food hawker who has had enough plastic surgery to look like Cathy, though her brazen personality is a complete opposite of the sweet celebrity. Playing Cathy and Nam is real-life superstar Araya A. Hargate, who nails both roles splendidly from the evidence of the released trailer. The film also features cameos from many guest stars to continue its charm and tradition from the series.

One of the things that director Kittiphak was most impressed by working on this film is how fun it was.

"The cast and crew is made up of young people all around the same age. On set, it felt like we were back in university when we'd go out on fieldwork and make films together. We make mistakes. We yell at one another. We learn together. Since many of us have been together from the very beginning, it made everything all the more enjoyable," he recalled fondly. And with the addition of Araya, the picture is complete.

On casting an actress to play Cathy and Nam, Kittiphak and his team were looking for a diva with star power who is also gutsy enough to take on the challenge. The actress would have to play two characters who are completely opposite, and one is also required to pretend to be the other. It's like The Parent Trap, but gayer and older. The team was initially at a loss to find the right actress until Kittiphak himself decided to approach Araya via her manager. 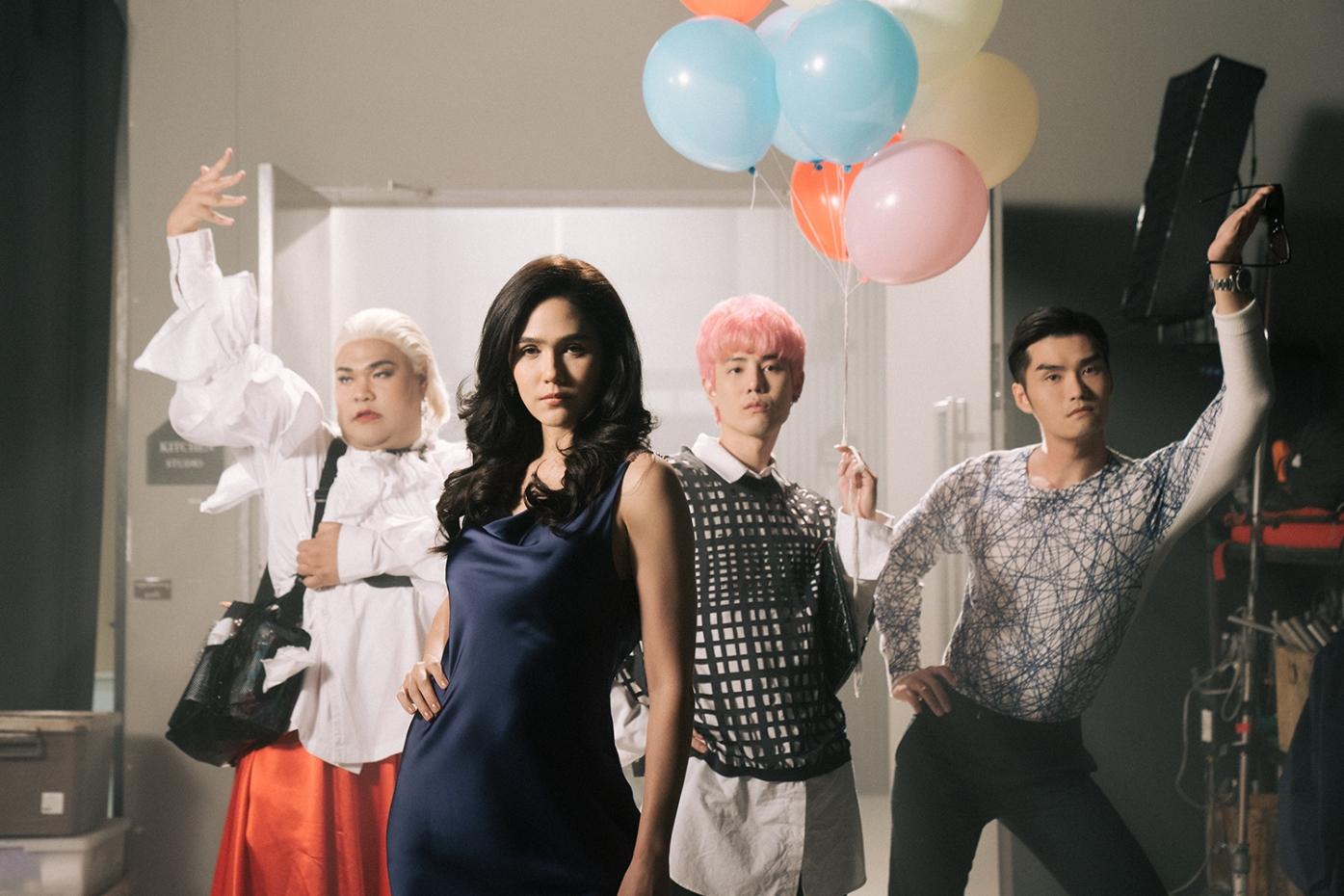 Thongchai, Araya, Paopetch and Ratthanant in Tootsies And The Fake.

Coming from a series to films, Kittiphak said, is not a really big change. He's more concerned with cinematic values now, focusing on crafting the image, sound and storytelling, the latter of which employs a slightly different approach from the series.

The real challenge, he feels, lies in making the film appealing to people of all ages and genders. Due to its themes and language, it may not be suitable for children. He's also aware of how the word "tootsies" (also "toots", meaning effeminate gay men) may divide audiences.

"What's challenging is making people who are not toots and not into toots want to watch the film and be happy about it," he said. "Even if the title has tootsies in it, the story is obviously not made only for toots. It just so happens that our main characters are like this. Since back when we were making the series, if we were to change these characters to another gender, or anything at all, like a group of old people, high-school kids, women, or anything, it'd still be fun to watch because the story is relatable to many people.

"As an LGBTI film, I guess people may judge it at first. But don't be so quick to judge. Give it a shot first and decide if it's right for you. You may find it touching without even realising it [at first]." 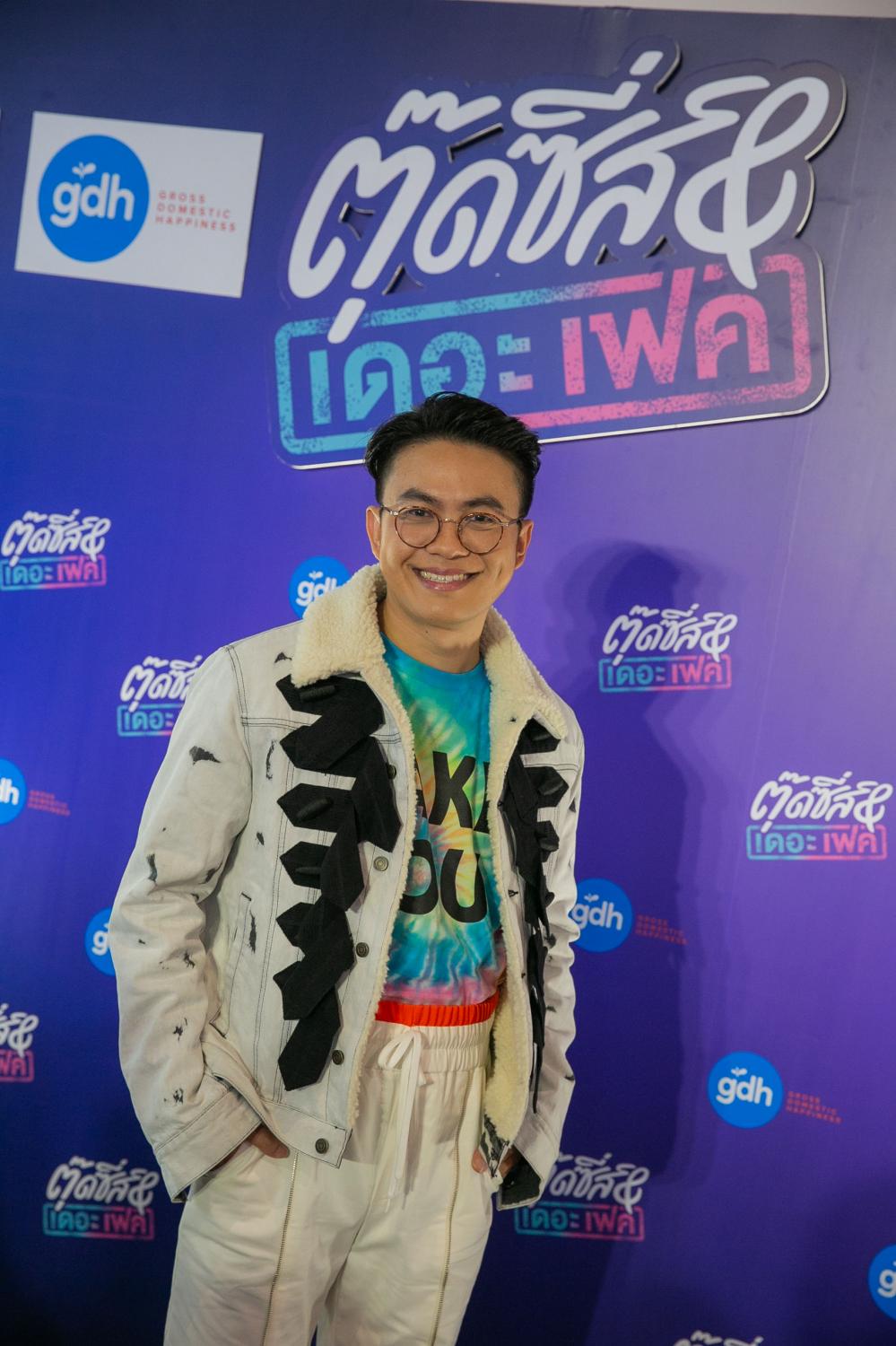 Since its days as a series, the Tootsies franchise has been known for the hilarious ways its characters deal with different situations. This includes scenarios such as the urgent need for a toilet while stuck in traffic, an encounter with a taxi driver who doesn't give back change, handling unbearable manus pa, dealing with romance in general, one-night stands, relations with parents, and others. There's also a storyline in which a character is revealed to be HIV positive.

While many welcome the laughter it brings, some viewers may feel apprehensive about the franchise and its portrayal of LGBTI people. The toot population, especially, is often used as comic relief. A lot of times, that's the only stereotypical side we've come to see of them on-screen, all without ever seeing their characters develop into anything other than the supporting jokester.

"I can understand why people would feel that way. That's really what people mostly see," Kittiphak opined. "With Diary Of Tootsies and Tootsies And The Fake, we have to admit that these characters happen to be funny people who deal with various situations in life with laughter, and we love them for it. But that's also not the only side you get to see in our story as they also deal with different dramas in life, ending in tears at times.

"For me, I don't feel as though I'm treating these characters differently because they're LGBTI. If we don't view them as men who like men, or women who like women, then they're just ordinary people that react to things a certain way. We're not putting a label on them that they're this or that gender. These characters are simply people you can see every day in our society. They can be our friends, parents, siblings, colleagues or relatives -- just ordinary people with a fun outlook on life."