The sounds of 2019
Life
Arts & Entertainment

It's been an eventful year for live music in Thailand, with regard to domestic and international acts. Alongside the big names that came to town, we also got to see a variety of exciting alternative artists as well. Much of this is thanks to the rapid growth of independent concert promoters.

Now that the New Year is here, let's take a look back at some of the gig highlights of 2019, and look forward to some of the interesting shows on the way in 2020.

The year started off as it meant to go in, with a surprise show by English bubblegum electropop outfit Superorganism on Jan 13. Brought to us by Medium Rare, the London-based group led by Japanese vocalist Orono Noguchi brought their unique and colourful live show to Thailand for the first time.

Maroon 5 are still one of Thailand's favourite pop bands and they never forget to come back to visit their Thai fans. The US pop rockers were here in March as part of their extensive world tour promoting their sixth studio album Red Pill Blues.

That same month, pop music fans welcomed English singer and fashion icon Rita Ora for her debut gig in Thailand at Crystal Arena at Crystal Design Center. Fans were delighted as the singer performed all her hits including Anywhere, Body On Me and Girls.

April was singer-songwriter month as local music fans welcomed two of the most prominent pop entertainers of this generation. First up was John Mayer, the US heart-throb whose stellar career, now coming up on two decades, includes seven studio albums, four of which went Platinum. At Impact Arena, the singer played all his best known tracks including Your Body Is A Wonderland, Daughters, Waiting On The World To Change, Say, and Free Fallin'.

On April 28, Rajamangala National Stadium was packed out as the superstar singer-songwriter Ed Sheeran returned for his second Bangkok concert. The English star was supported by Japanese outfit ONE OK ROCK.

May saw pop dance icon Troye Sivan lay down the boogie with a string of hit songs such as My My My!, Youth, Wild and Dance To This, to Bangkok show at Impact Exhibition Hall 5, Muang Thong Thani.

Later that month, US electro artist Lauv made his return to Bangkok. This time, instead of a support slot, he had a full two hours to himself at Moonstar Studio. The next day at Impact Arena saw another visit from US singer Jason Mraz, hosted by BEC-Tero Entertainment. The concert was part of his Good Vibes Asia Tour, and saw the star captivate his audience with global hits like I'm Yours and I Won't Give Up. 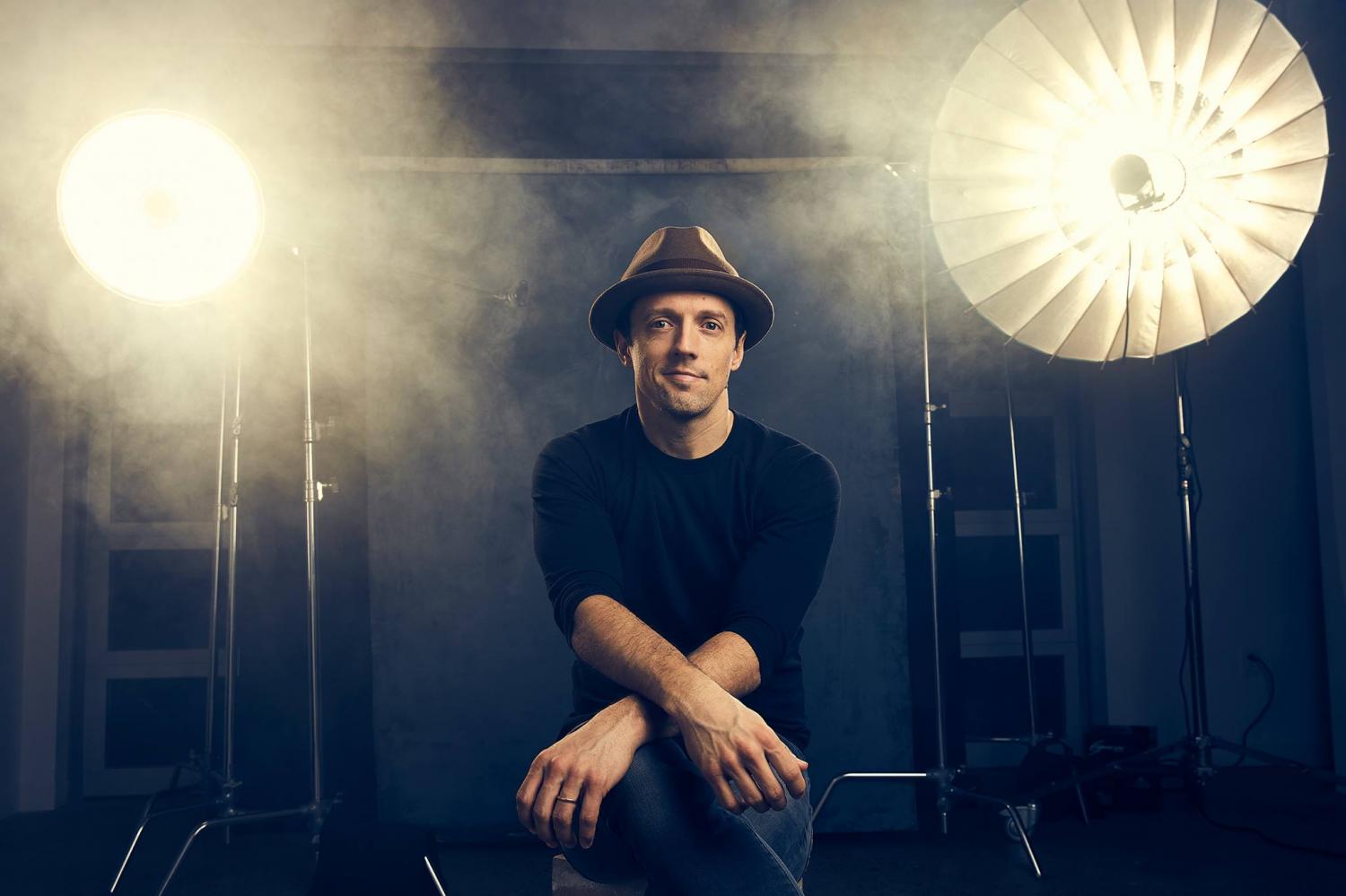 After their breakthrough show in 2017, US indie pop band LANY, returned for a sold out date in Bangkok on July 30 as part of their LANY Malibu Nights World Tour. The band, formed in 2014 and consisting of Paul Jason Klein, Charles Leslie "Les" Priest and Jake Clifford Goss, played popular tunes from their two studio albums, LANY and Malibu Nights, including the hits ILYSB and Super Far.

English indie darlings The 1975 made their long-awaited return to Bangkok, with two shows taking place Sep 13-14. The concert was organised by Viji Corp who previously responsible for bringing the The Killers and The XX.

On Oct 24, legendary boy band Backstreet Boys were in town as part of the DNA World Tour, their biggest tour in 18 years. Fans old and new sang their hearts out to hits like Quit Playing Games (With My Heart), I Want It That Way, Everybody (Backstreet's Back), Incomplete, Shape Of My Heart, Show Me The Meaning Of Being Lonely and Don't Go Breaking My Heart.

Bangkok indie fans would have made it to the end of November without much money left in their pockets, but plenty of joy in their hearts. Two big music festivals took place on the same day and at the same time -- Maho Rasop featured a line-up with Bombay Bicycle Club, King Gizzard & The Lizard Wizard, The Horrors and The Drums; meanwhile, Very Festival's roster was a parade of top British pop in the shape of The Kooks, Sticky Fingers, FKJ, PALE WAVES, The Marias, tahiti 80, Sun Rai and more.

The end of November saw the return of rock legend Noel Gallagher, the former creative heart of Oasis, This time the elder Gallagher brother was here with his new project, the High Flying Birds. But of course, the man was happy to play Oasis classics for diehard fans.

On Dec 12, Australian lo-fi indie duo Good Morning (Stefan Blair and Liam Parsons) played a small but intimate show at Speakerbox in Thong Lor, where they were joined by local supporting acts Wave And So and Soft Pine.

Don't forget to mark your calendar for the big shows coming up in 2020. Ones to look out for include Of Monsters And Men, who bring their fairytale-infused folk stylings to Moonstar Studio 8 on Jan 12. US indie folk hero Bon Iver plays the same venue on Jan 15, as does British indie popster Rex Orange on May 14. Filipino-American singer-songwriter and producer Jeff Bernat will play Voice Space Jan 26. Finally, and this one's a big one, punk superstars Green Day hit Impact Arena, Muang Thong Thani on March 11.

Having conquered the world, K-pop's biggest export BTS have made several new records, setting a standard which other K-pop groups are finding it hard to keep pace with. In February, the boys were at the Grammy Awards. Then in April, the septet released their sixth EP, Map Of The Soul: Persona, which became the all time best-selling album in South Korea after shifting more than 3.2 million copies. The group continued touring and became the first Korean act to headline London's Wembley Stadium, which has a capacity of 90,000. They won multiple awards domestically and internationally including Favourite Duo or Group Pop/Rock, Favorite Social Artist and Tour of the Year at American Music Awards.

In April, girl group Blackpink released Kill This Love and helped to advance their won international reputation by performing at the Coachella Festival in the US. Following that, the quartet toured North America and Europe. Lisa, the Thai member of the group has become the most followed K-pop performer on Instagram, with more than 27 million followers.

A new group called Super M arrived, having been formed by SM Entertainment in August. Promising to be "the Avengers of K-pop", the septet was assembled from top performers from other popular K-pop groups: Exo's Baekhyun and Kai, Shinee's Taemin, NCT's Taeyong and Mark and Way V's Ten and Lucas. Their EP, Super M, entered the Billboard 200 albums chart at No. 1. They are touring North America and Europe until 2020.

Sadly, the K-pop world was shaken by a series of tragedies in 2019. Former f(x) member Sulli ended her own life on Oct 14. The following month, her best friend Goo Hara from Kara also committed suicide. They had both suffered from cyberbullying and depression.

BNK48 and Palitchoke "Peck" Ayanaputra were still the most popular Thai artists in 2019, as they had been the year before. They took turns to top Twitter trends throughout the year. The girl group released their 15-track album Jabaja in August. In February, the executives of BNK48 announced they would try to approach markets throughout Southeast Asia by making movies, TV series, mobile games and other digital content. Fans will get to see the girls individually and as a group across many platforms.

It took seven years for Palitchoke to release his fourth album Butterfly, which features the hits First Lady and Nobody Like You. With the solid support of his fan club Nuch, the three dates he played in April sold out in less than five minutes.

The year of pig was a great time for nostalgia. Many popular 90s acts made triumphant returns. Among them were "Raptor Evolution 25 Year Mai Mee Kreng Jai" by Joni Anwar and Louis Scott, "Tata Young My Perfection Concert", "Nuvo Now Or Never Concert" and "Rhythm Of Beau Sunita Concert". The reunion of D2B for "D2B Infinity 2019" was particularly special because deceased member Panrawat "Big" Kittikorncharoen appeared as a hologram to sing along with the band mates Worrawech "Dan" Danuwong and Kawee "Beam" Tanjararak onstage. Fans who missed the concert will get another chance to see their heroes for D2B Infinity Fun+ 2020 on Feb 16 at Impact Arena.

The two biggest Thai songs of the year, according to Google, are Rak Tid Siren (My Ambulance) and Thararat. My Ambulance, sung by Nichaphat "Pearwah" Chatchaipholrat and Paris Intarakomalyasut, features on the popular TV drama of the same name on One 31 Channel and Line TV. Rapper Youngohm, who wrote and performed Thararat, previously won best hip hop song of the year at the 2017 JOOX Thailand Music Awards for his song Chei Mei (Indifferent). Both My Ambulance and Thararat have more than 100 million views on YouTube.

In 2020, boy bands may get more of the spotlight. Event organiser 4Nologue has already launched boy band Trinity, which consists of four popular performers led by Teeradon "James" Supapunpinyo. Their single Haters Got Nothing gained a million view in only 18 hours. Elsewhere, the company behind BNK48, iAM, is currently auditioning for its new boy band. The boys will appear on the TV show, The Brothers. 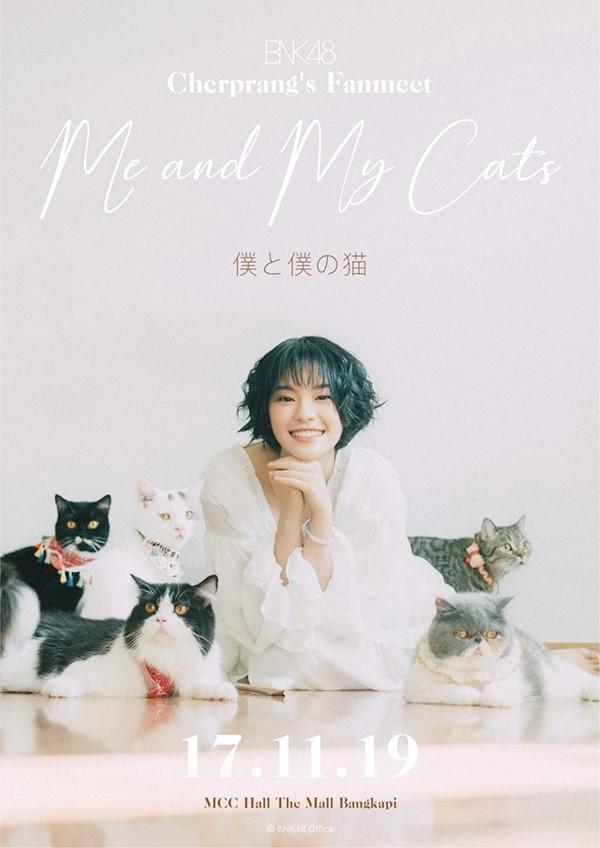 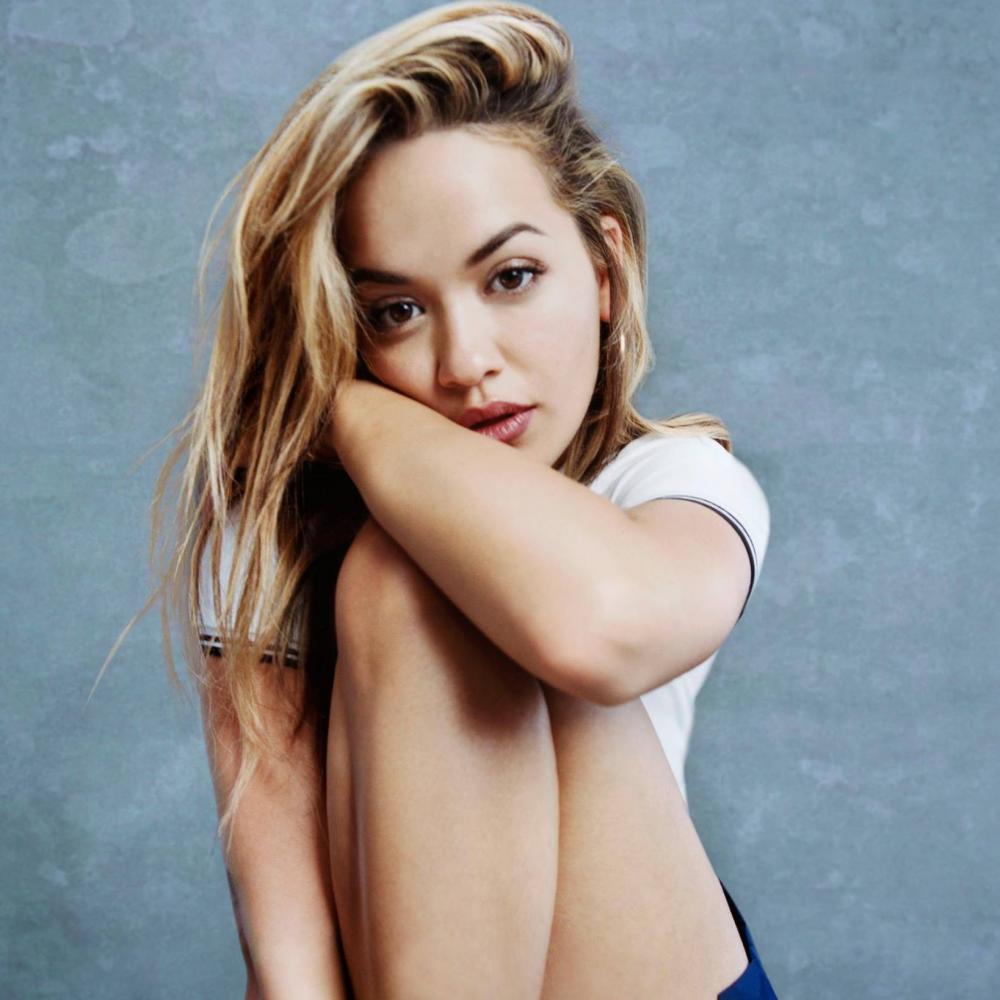 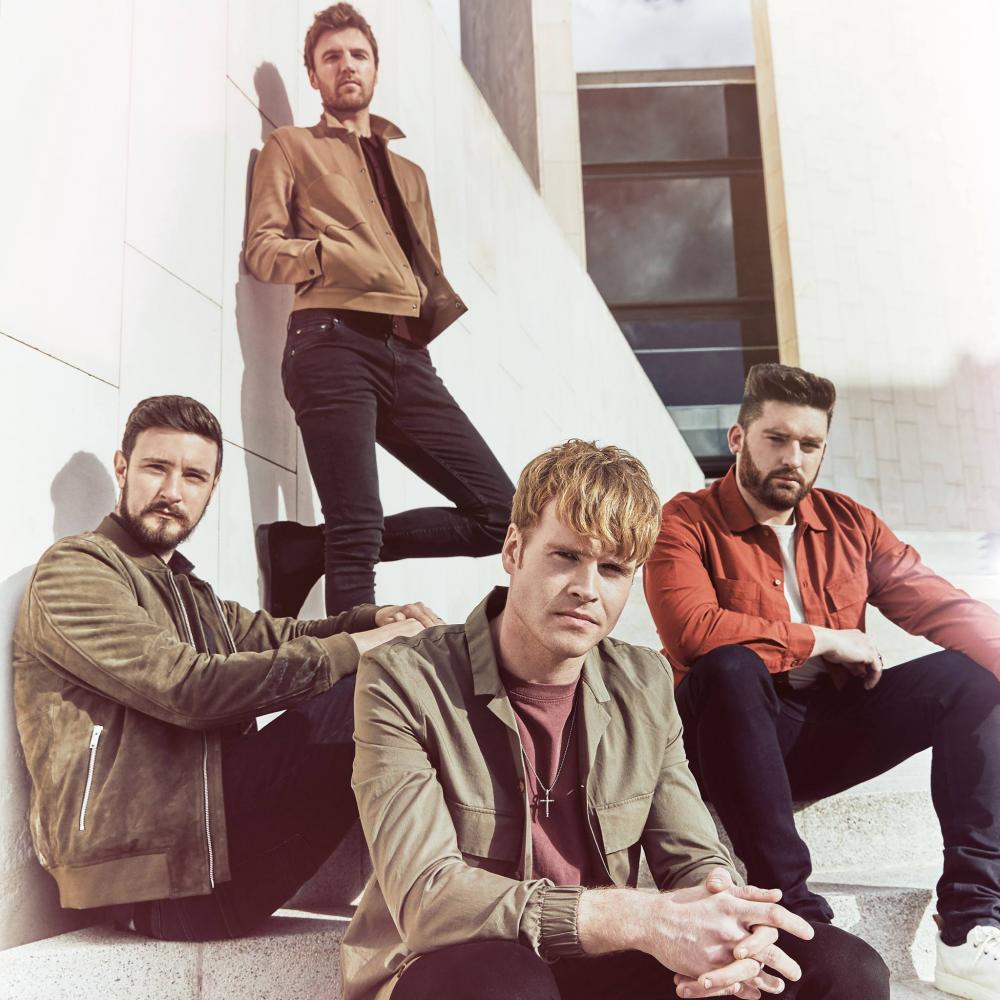 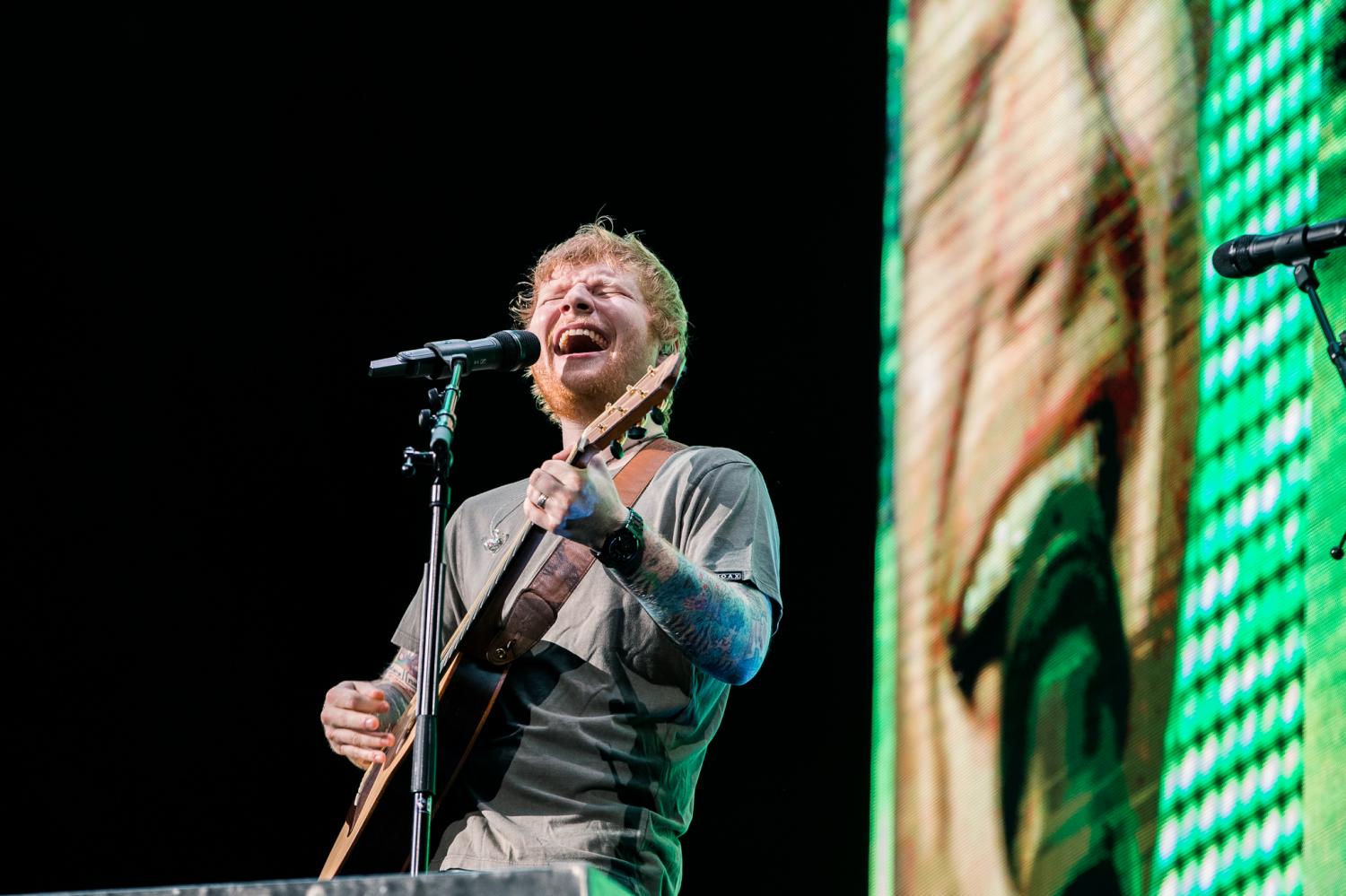 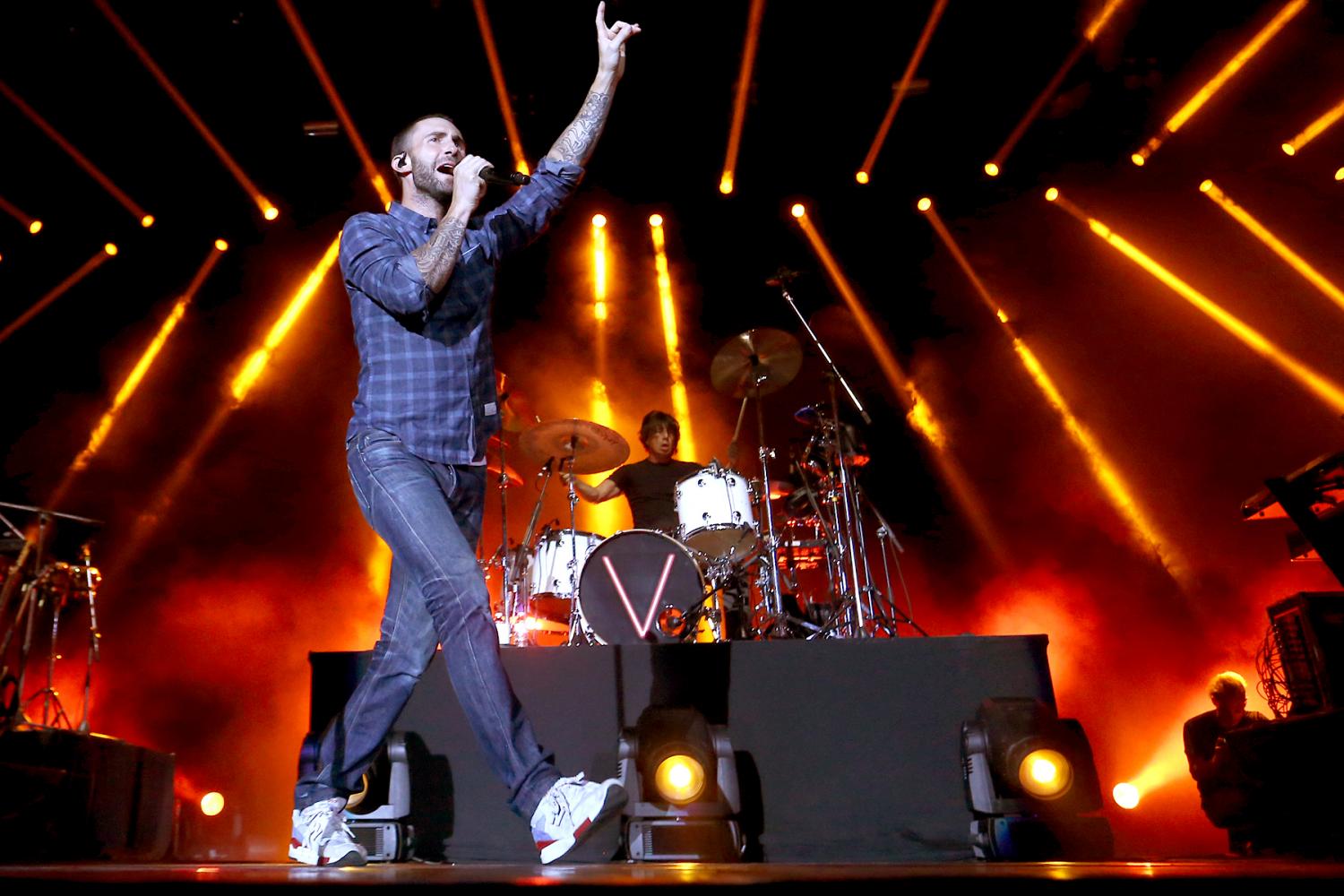 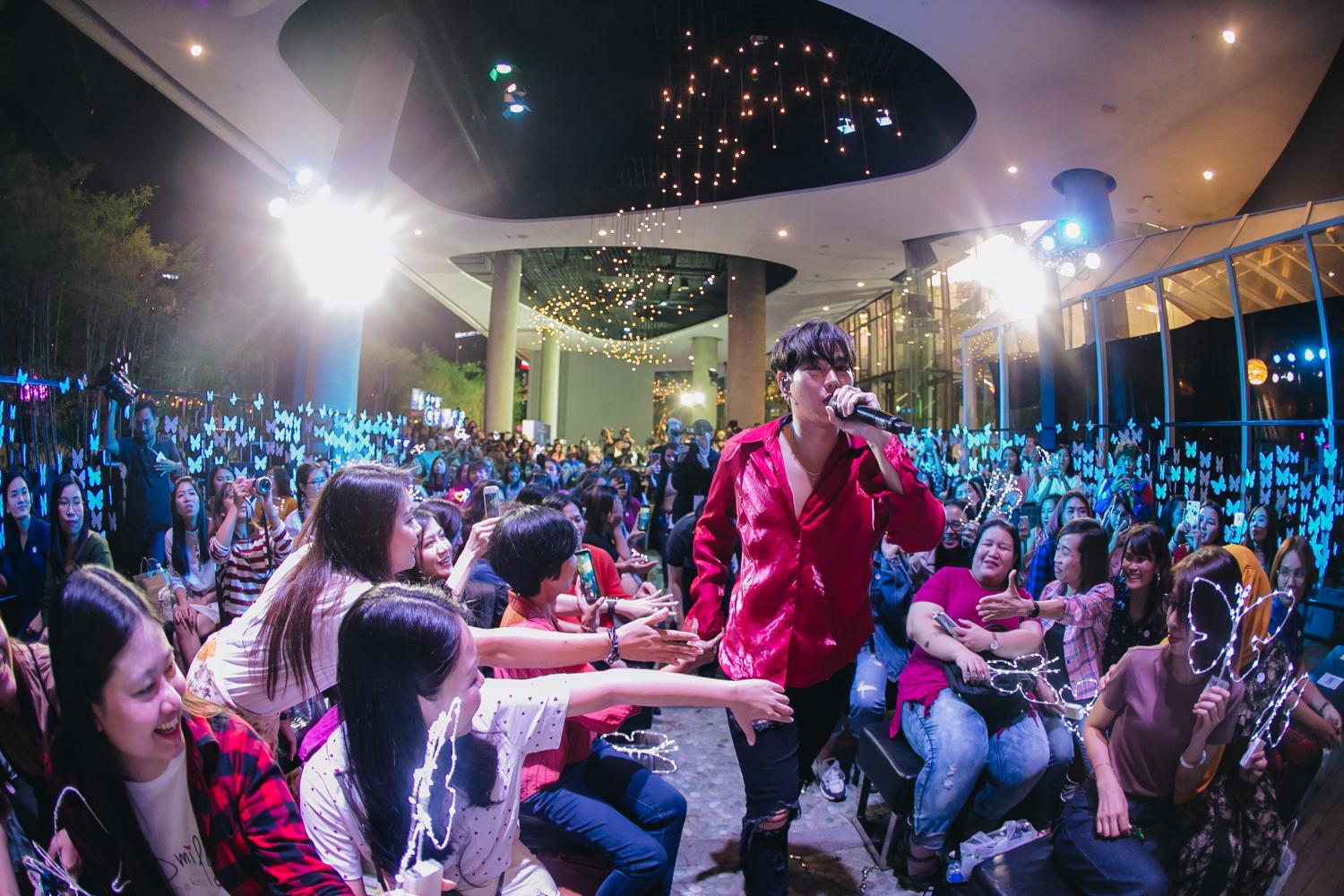 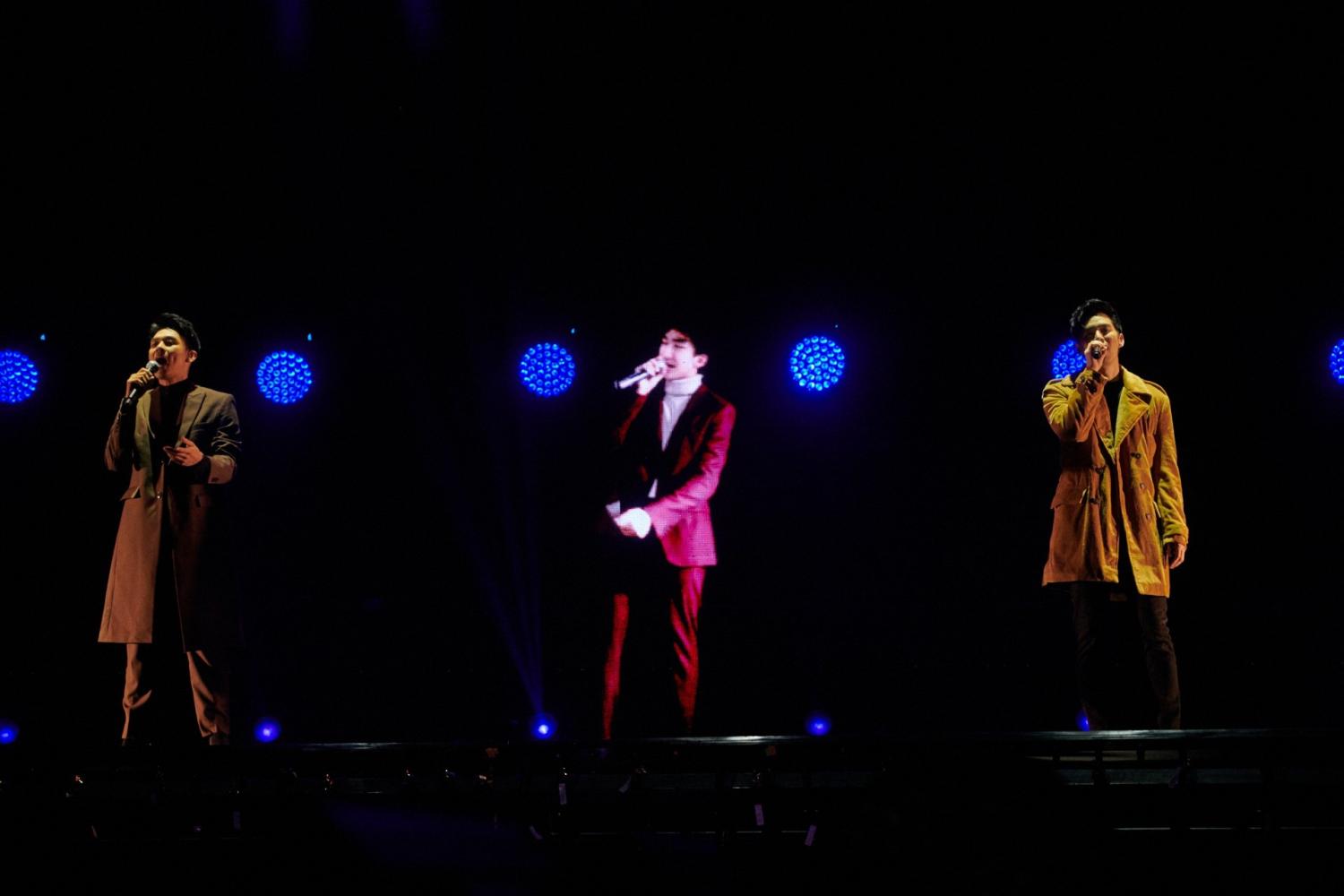 The late Panrawat "Big" Kittikorncharoen appears as a hologram with his band mates at "D2B Infinity 2019". Photo © RS Plc 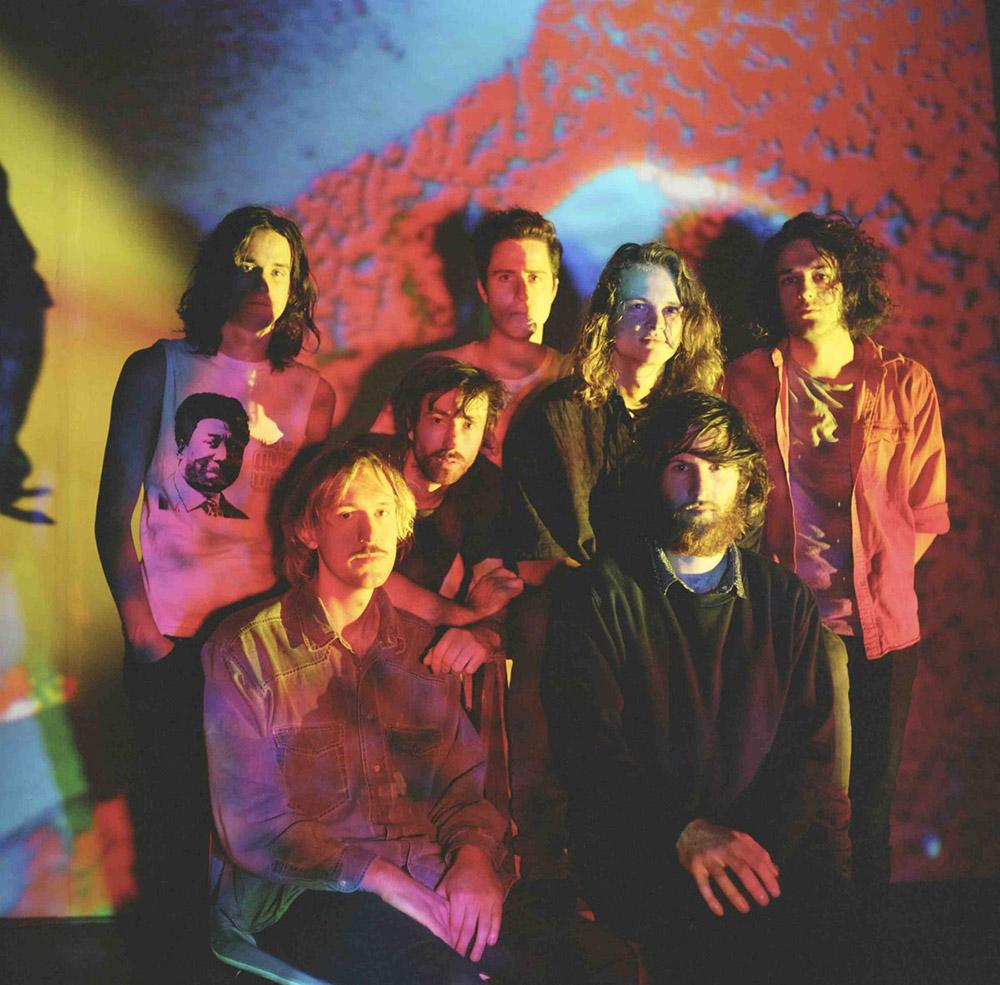 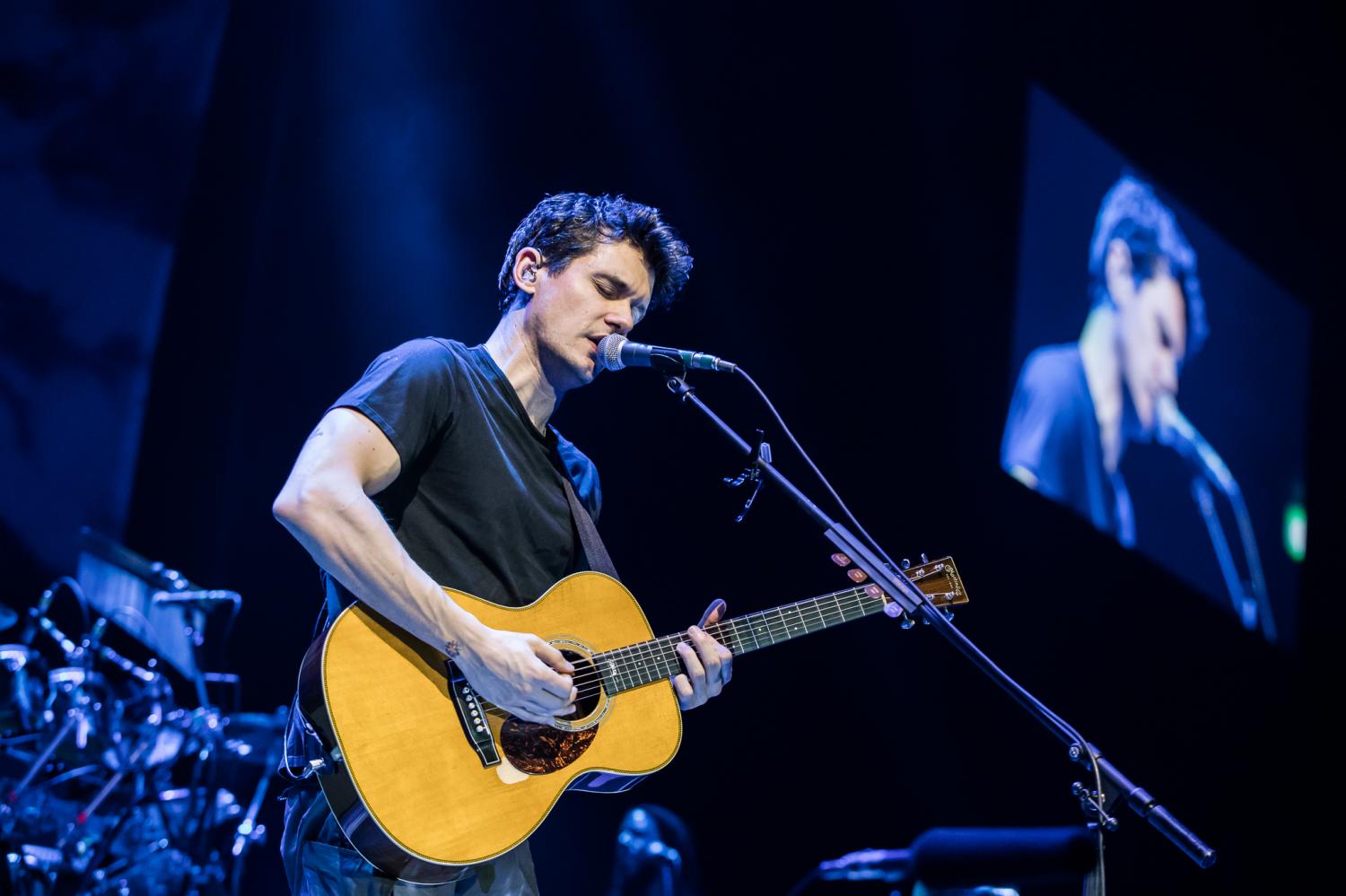