Openers Elris, the only girl group at the event, kicked off proceedings with high energy and provocative dance moves for their cover of Fergie's Hungry. The quintet went on to perform five of their own songs, Focus, Summer Dream, Will Be Mine, Pow Pow and We, First. Summer Dream is quite catchy and breezy, while Pow Pow is good fun. But overall, though the girls are pretty, the songs are pretty average. Still, we look forward to their future offerings. Hopefully, they will grow.

Eleven-member boy band The Boyz looked handsome in their white suit jackets and black trousers. During the first two songs, the dance numbers No Air and Get It, they appeared to be a little out of sync with one another. But when they moved to the stage in the middle of the hall, their cheerful personalities shone through, brightening up proceedings.

Eric was good at playing with the camera, pulling funny faces which elicited laughs and screams when shown on the big screen. One of the boys, Young-hoon, had a collarbone injury and had to sit on a chair or stand apart from the others for his own safety. But the others did their best to include him, interacting with him throughout. Their performances on KeePer, Bloom Bloom and D.D.D were energetic and enjoyable.

The 21-year-old singer Kim Dong-han has come a long way since he first appeared on Korea's premier talent show Produce 101 in 2017. He has developed into a capable singer and outstanding dancer. Dong-han greeted Thai fans with his latest single, Focus, captivating them with dance moves that seemed effortless. He then sent the audience wild with his cover of Exo's sensual Love Shot. 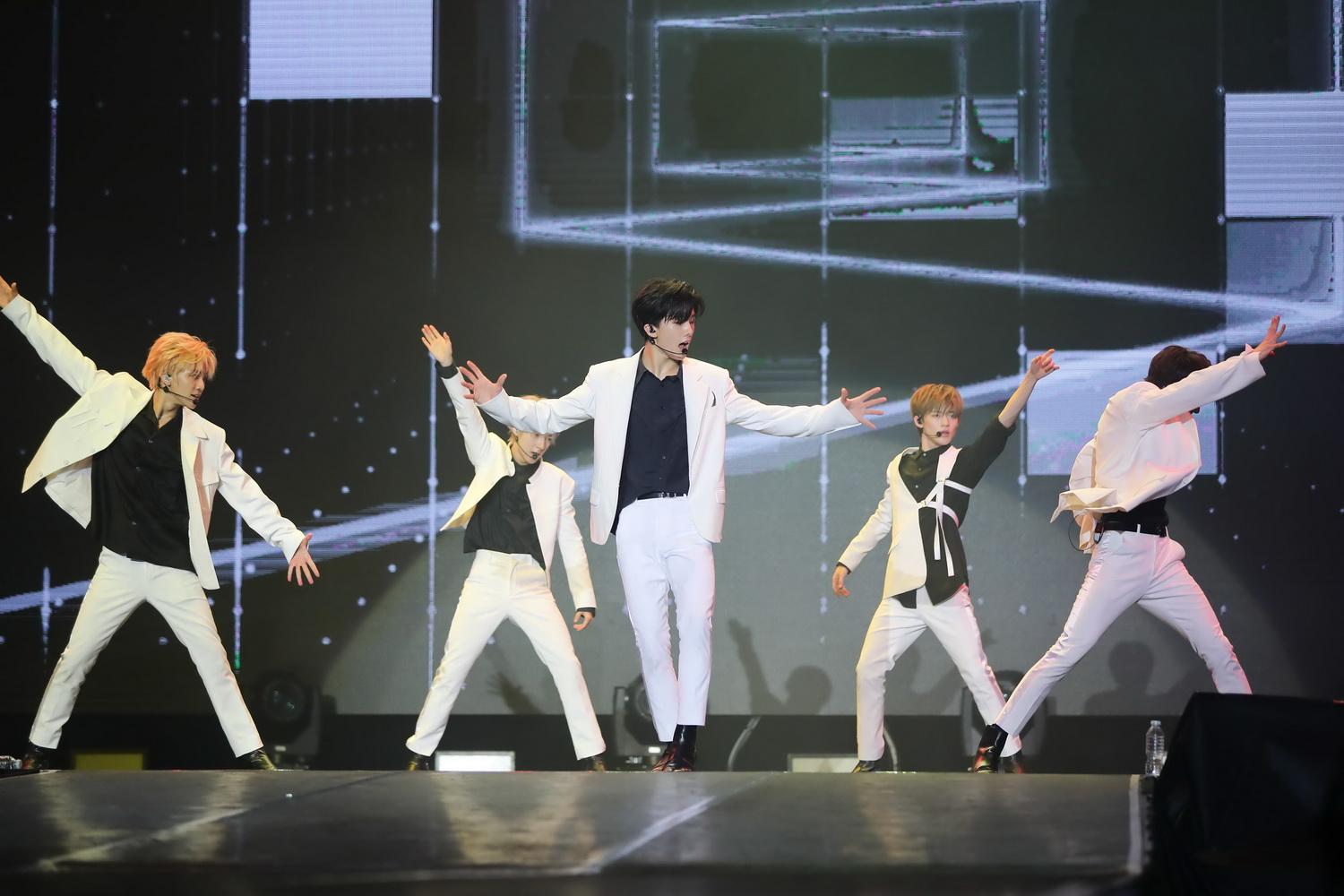 Yet, it was surprising to see him looking exhausted just three songs in. After all, he is currently performing in the theatrical run of the musical Iron Mask, which would require him to keep up that level of performance for around two hours. He had to stall for time by drinking water and talking to fans before eventually continuing with the beautiful slow track, Record Me. He ended his show with another upbeat number, Idea.

The two final acts, NCT Dream and Exo-SC, got the crowd really worked up. The hall lit up with their official colours: neo green for NCT Dream, cosmic latte, or silver, for Exo-SC.

Teenage boy band NCT Dream were the best act of the night. Their label, SM Entertainment, has a track record of producing well-drilled, flawless performers. And the boys didn't disappoint. They started off with an impeccably high standard of performance on Go, which they maintained through My First And Last, We Go Up, Stronger and Boom. Even without Hae-chan, who couldn't come because of his hectic schedule, the remaining five members could fill in smoothly.

The singing was beautiful and powerful, the rapping energetic and the dancing vigorous. Of the five songs they performed, Boom was the best due to its creative choreography and memorable rapping. The show felt like it was over almost as soon as it began: half-an-hour is too short for a remarkable group like NCT Dream.

Top hip-hop K-pop duo Exo-SC were given a warm welcome by fan group ExoL. Consisting of rappers Se-hun and Chan-yeol, the act is a subunit of Exo. As Exo-SC, the two have had more opportunity to show off their singing talents, as is evident on the chart-topping single What A Life.

Their experience as part of Exo means that they know their way around an arena, and the two rappers owned the stage. They performed six songs in total, including the soothing and chilled out Closer To You and Borderline. Their contrasting styles complemented each other: Chan-yeol's rapping was slow and dynamic, while Se-hun's was very fast.

Their voices suited the relaxed songs, especially the encore We Young, in which they urged their fans to take it easy and not worry too much because they were still young. The duo was delighted with the great support they received. Chang-yeol expressed his wish that Exo-SC would play their own concert here in the future, a sentiment which was met with an overwhelming response from the crowd. 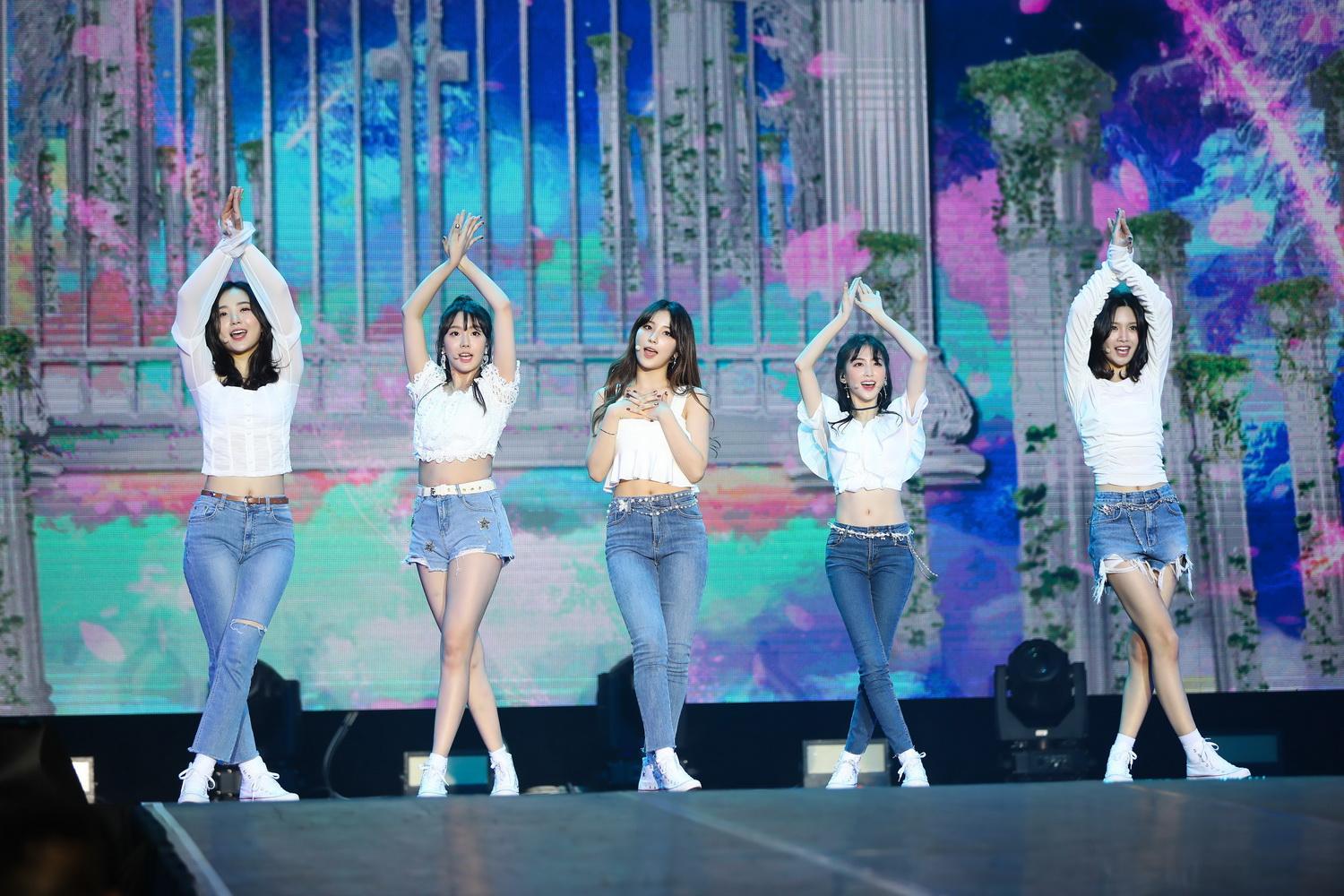 Elris were the only girl group performing at the festival.