Since 2008, artist Imhathai Suwatthanasilp has showcased her signature mode of producing installations and art pieces using human hair; weaving, crocheting, embroidering or lacing it into eye catching two- and three-dimensional works that reflect her passion for issues that impact people.

She holds hair in high regard as it signifies physical strength and virility, thus making it part of the inspiration from her numerous projects to date.

In her latest solo exhibition "(UN)SEEN" at 1Projects gallery, the 38-year-old tackles a sensitive topic; the three restive southern provinces of Pattani, Yala and Narathiwat.

Imhathai captures stunning images of temples and mosques, including the Krue Se Mosque, where there were 32 deaths, as well as other places of worship in Pattani province.

As a contemporary artist Imhathai is always on the look out for challenging boundaries. In one setting she decides to focus on the foreground, a web of woven hair separating the background into tiny fractions, fragments of reality. 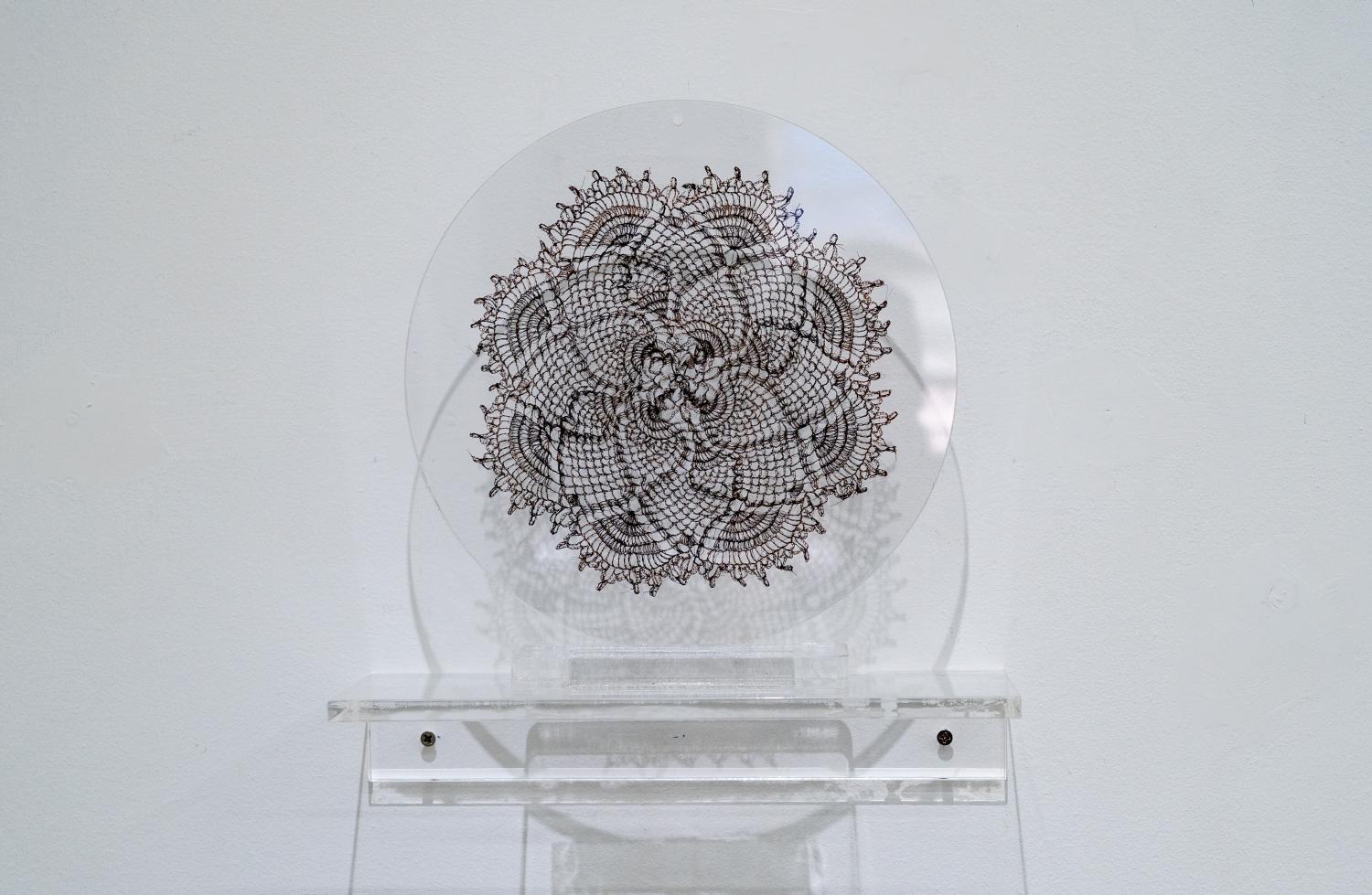 Each exhibit is carefully crafted to remind the audience of the terrible consequences of the insurgency, while nudging them to become proactively involved in change in the hopes of a better tomorrow.

Imhathai's work this time around both intrigues and captivates as she takes us on a guided journey into her world of unanswered questions that linger over Thailand's Deep South.

The Chaiyaphum-based artist is quick to tell you that for her the actual "unseen Thailand" is far from how tourist brochures describe it. For her it is rather Thais deciding to "un-see" and forget.

She believes responsibility for constructive change in society should not rest on one group of people but rather Thai society as a whole.

In a candid interview with Life, Imhathai shared the challenges she faced as part of this project.

"During the trip I made to the three provinces with a bunch of other artists, the biggest challenge was that I wasn't able to actually interview the locals because of constraints that came with it being a restive area prone to conflict," remarked the calm and collected artist, who has a bachelor's degree in Thai arts.

"Artists had to go with soldiers because it was still dangerous to venture there alone. This made us feel that the people who took us around only wanted to show us what they wanted us to see.

"What further restricted us from investigating on our own was the limited budget and timing."

On the most difficult part of working with donated hair sourced from people from all walks of life, she said: "I usually use my own hair. I grow it as long as possible and then use the ones that fall off my head. In this manner, I get full-length hair to work with. 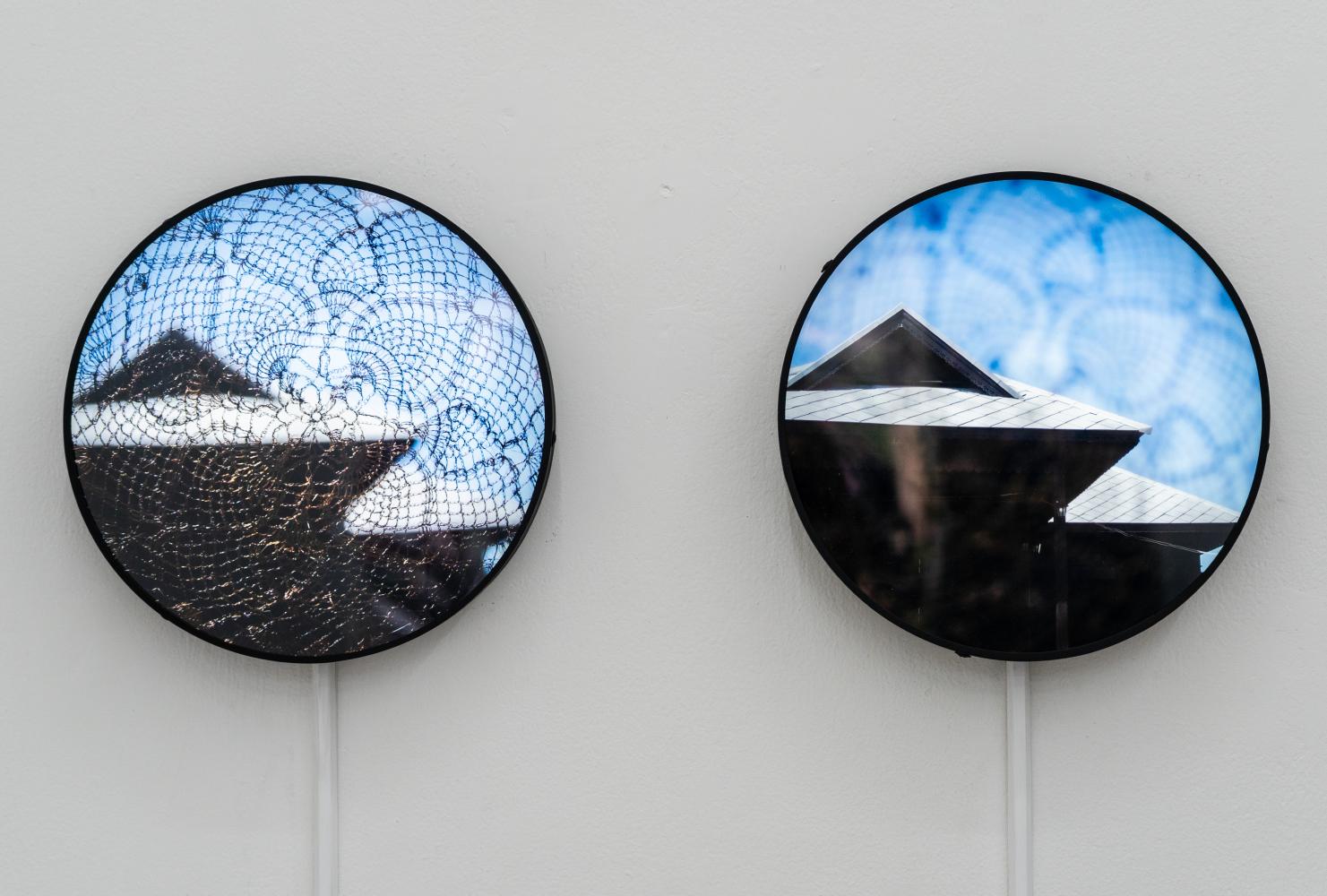 Hair sourced from Thais of all walks of life make up the designs in '(UN)SEEN'. Courtesy of 1PROJECTS gallery

"However, with donated hair it is different, and obviously more challenging because it comes in all lengths and forms, not to mention colours.

"It was all worth it in the end because the project gave a sense of camaraderie."

Weaving and crocheting, and in some instances embroidering and lacing hair over the photos added a special twist to her subject matter, she said.

"There are some things we tend to overlook or look past. In a few of my exhibits my desire was for the audience to view past the hair, putting the emphasis on the background of the photograph. While in another exhibit, I opted to focus on the hair, leaving the background to their imagination.

"In yet another I direct the photographer to shoot through human hair I had wove into eye-capturing designs reminiscent of the decoration on Islamic architecture.

"It was really all about getting the audience involved in the discussion."

Imhathai says "(UN)SEEN" is special because it was her desire to showcase an area that despite being part of Thailand feels remote and distant to many Thais including herself.

"I feel like the Deep South is a secluded area. I am Thai, but I don't know anything about its people. It is my desire to know them because they are a part of Thailand." 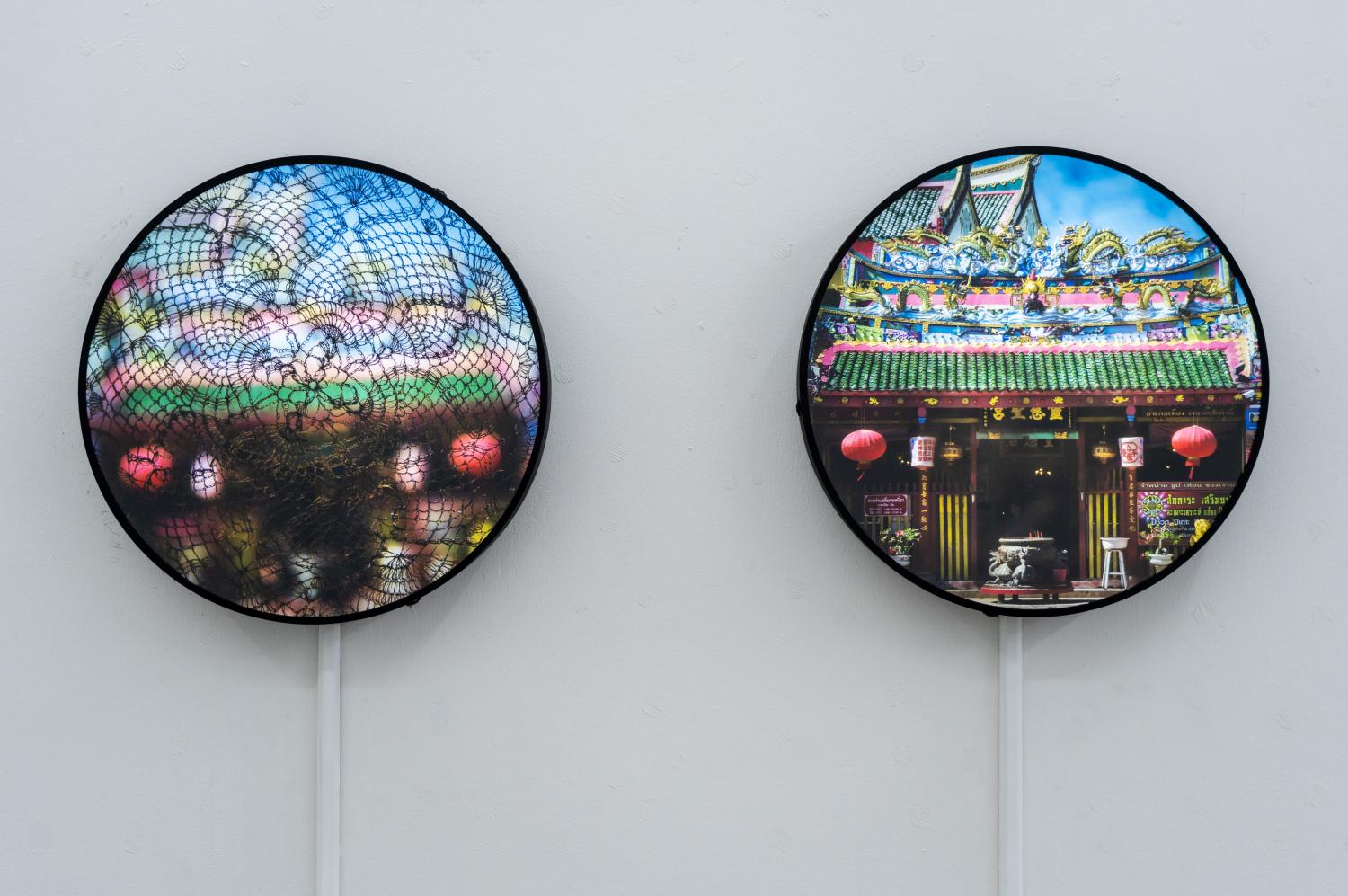 To better understand Imhathai's art, one has to go back to her family background. The eldest of four daughters, it was her late father, an established photographer, who taught her the meaning of following one's heart when it came to picking a profession.

"I come from a Chinese family, where the male offspring is often tasked to manage the family business. Well, my father had other ideas, he was very passionate about becoming a photographer, and so he went against his family's wishes to learn everything there was to know about photography. He eventually went on to become one of the top Thai photographers of his time.

"It was my father who inspired me to follow my dreams. I was just six years old when I knew I wanted to grow up to become an artist."

Imhathai's road to success has been a bumpy one, and what keeps her going is the desire to create thought-provoking artwork to inspire people to follow their dreams.

She studied in total for nine years to build her craft and then taught for a decade while trying to break into the competitive world of art.

"It has been two years now that Thai art enthusiasts have welcomed my form of art, before that, nobody wanted to give me a go. I was adamant to press on nonetheless.

"Thais still view human hair with trepidation, because some might associate it with death, which is not necessarily dreadful.

"When my father passed away, part of what he left behind for his four children was his hair. Yes, when my father was alive he kept his hair long, so it was his wish that his hair be divided into four parts and given to us on his death.

"Hair for me holds special significance, a father and daughter's bond … and more."

Imhathai's work will be showcased at 1Projects gallery until March 15. For more information, visit 1projects.org/events/objective.