This year, Bangkok Design Week is focused on the potential for alternative ways of living

Explore possibilities for the way we can live at Bangkok Design Week 2020 (BKKDW), now ongoing in the Charoen Krung neighbourhood of Bangrak district until Feb 9. 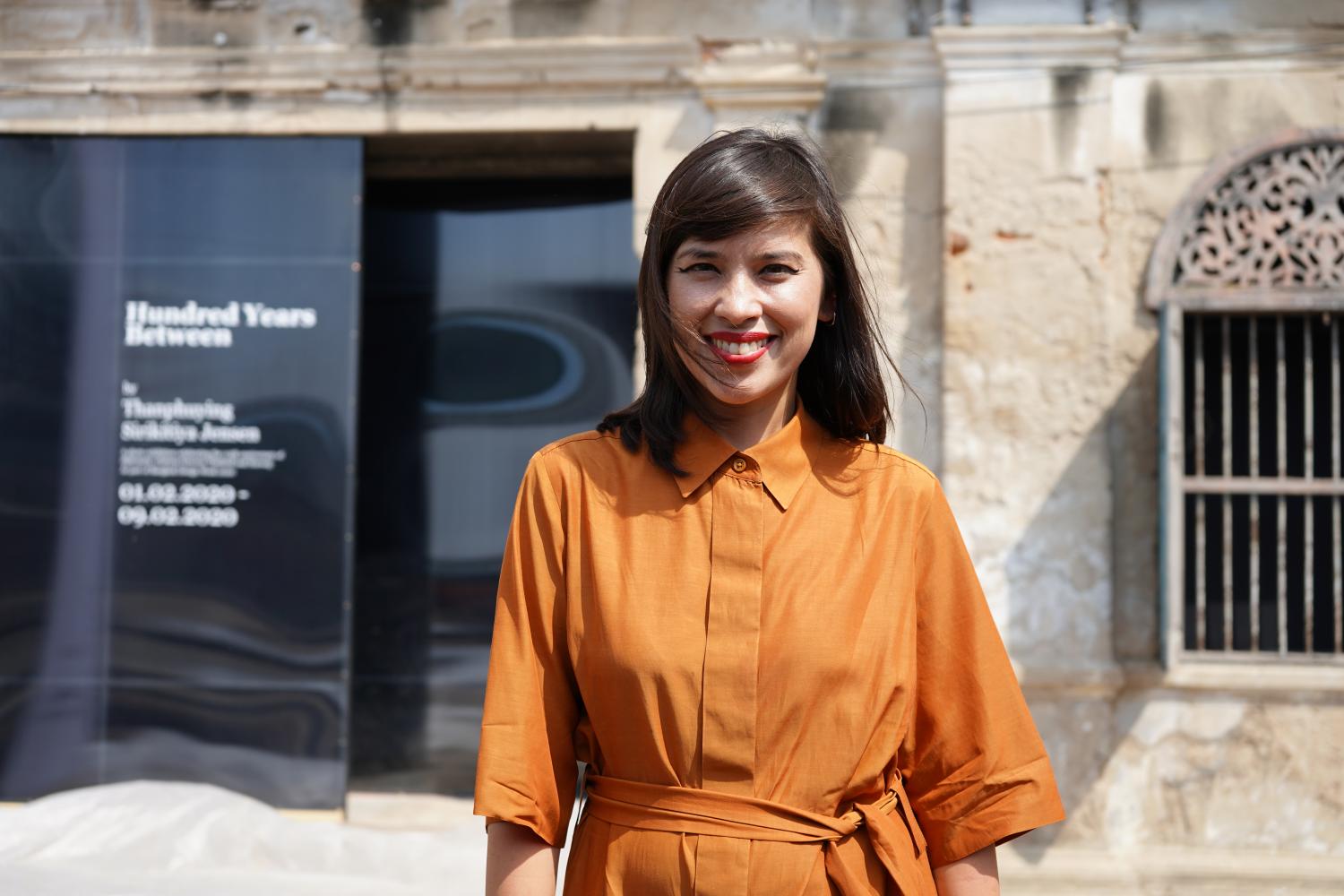 BKKDW 2020, under the theme "Resilience: New Potential For Living", invites visitors to consider alternatives for living in the immediate future. See how we can all adapt, grow and survive whatever may come with a population that could rise to 9.7 billion people in 2050, as estimated by the UN's World Population Prospects 2019, which will bring about unavoidable changes to worldwide city dwellers and the environment. The event considers itself an intellectual playground for both individuals, enterprises and government agencies to collectively explore and seek these alternatives together.

Bangkok Design Week is organised by the Creative Economy Agency (CEA), in partnership with over 60 state agencies, organisations and educational institutions, plus 2,000 designers and creative businesses.

"This is the third time we're organising the Bangkok Design Week. We believe that, in every year and every time we do this, we will try to expand our activities. We've had 400,000 people visiting the Design Week each year. This time around, I'd say the level of excitement has increased," said Apisit Laistrooglai, director of CEA. 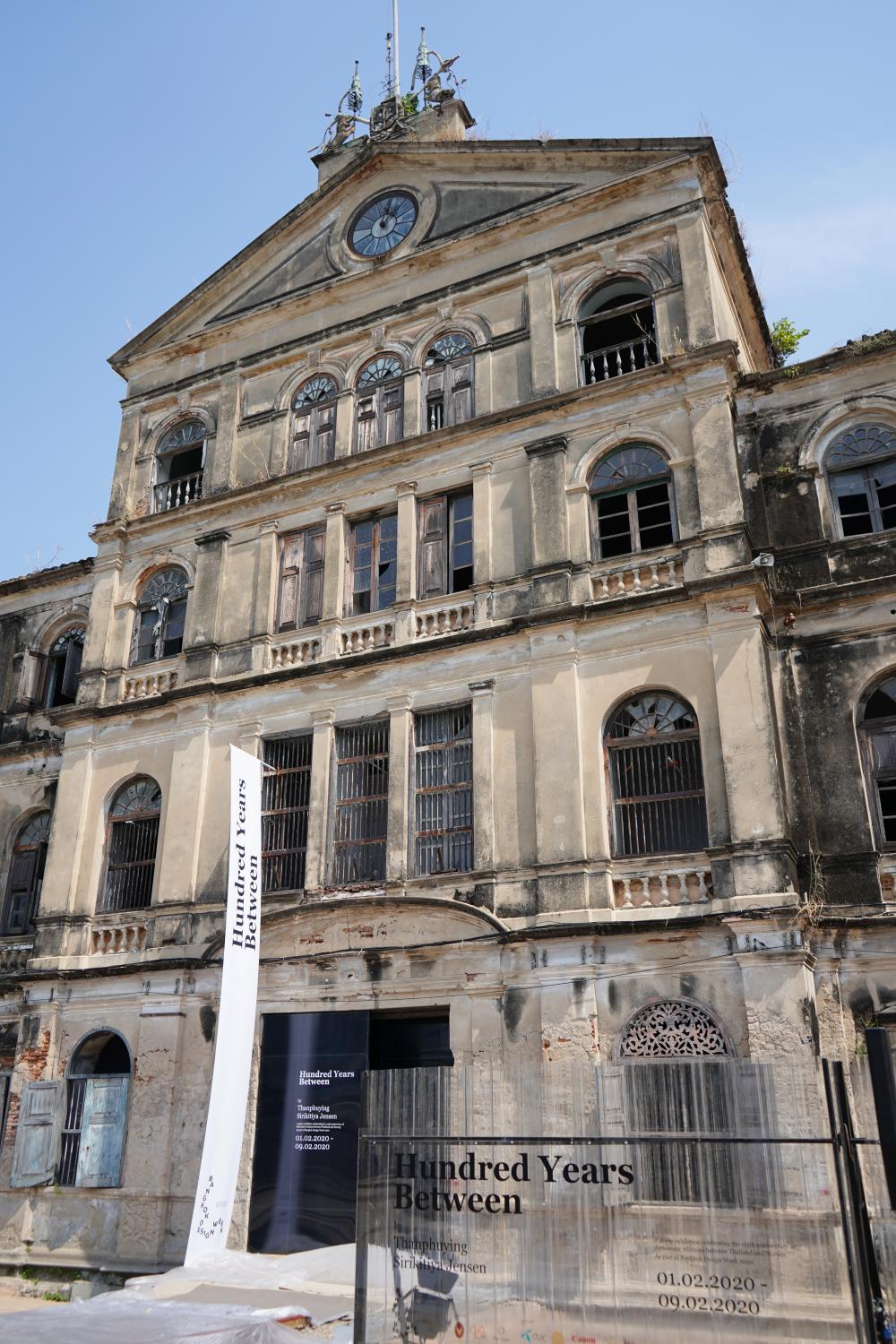 A lot of the works featured in Design Week are never-before-seen originals that many creative teams have passionately put together. Great additions this year include light installations, increasing involvement of the gastronomy scene, and old buildings in the area that are open for public viewing only during Design Week.

This is also a great opportunity to explore Charoen Krung and its nearby Talad Noi community. In recent years, Charoen Krung has emerged as a creative district where contemporaries meet history. Cafes, galleries and street art have been mushrooming in this century-old neighbourhood of Thai-Chinese and Muslim influences that altogether result in a new hipster hotspot that comes alive day and night. Begin your exploration at the Grand Postal Building, weave through the community's back alleys to piers along the river, and discover all that this extraordinary area has to offer.

Bangkok became part of the Unesco Creative Cities Network last year as the Creative City of Design. Living up to its name, Bangkok Design Week 2020 has extended itself from the main area of Charoen Krung-Talad Noi to cover other emerging creative districts such as Ari-Pradipat, Thong Lor-Ekamai, and Sam Yan-Rama IV. Exhibitions, workshops, live music, film screenings, performances and markets will take place at these venues until the conclusion of the BKKDW this Sunday.

Some highlights of Bangkok Design Week 2020: 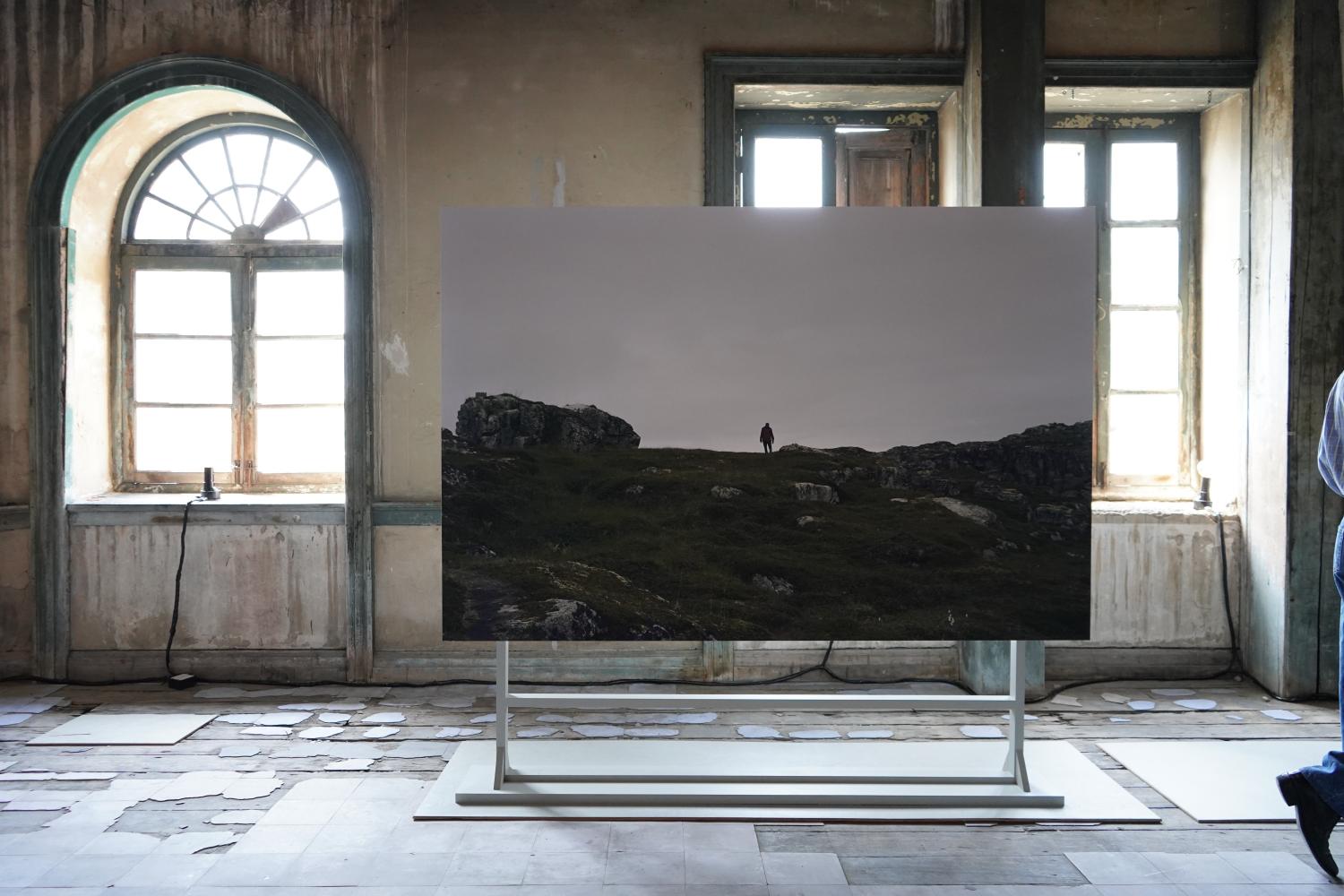 One of the must-visit venues of Design Week is the Old Customs House, the neo-Palladian building in Charoen Krung 36 that overlooks the Chao Phraya River. The place was designed by Italian architect Joachim Grassi and built in the 1880s. During Design Week, Customs House serves as a venue for a photo exhibition by Thanphuying Sirikitiya Jensen that captures the enigmatic grandiosity of nature.

Hundred Years Between features landscape photos and letters by Thanphuying Sirikitiya addressed to her great-great-grandfather, King Rama V. The photos were taken on her journey to Norway, drawing parallels between her own experiences to that of the king's journey taken over a century ago. Rama V's European tour was documented in a series of letters sent to his daughter that were later published as a book called Klai Baan (Far From Home). 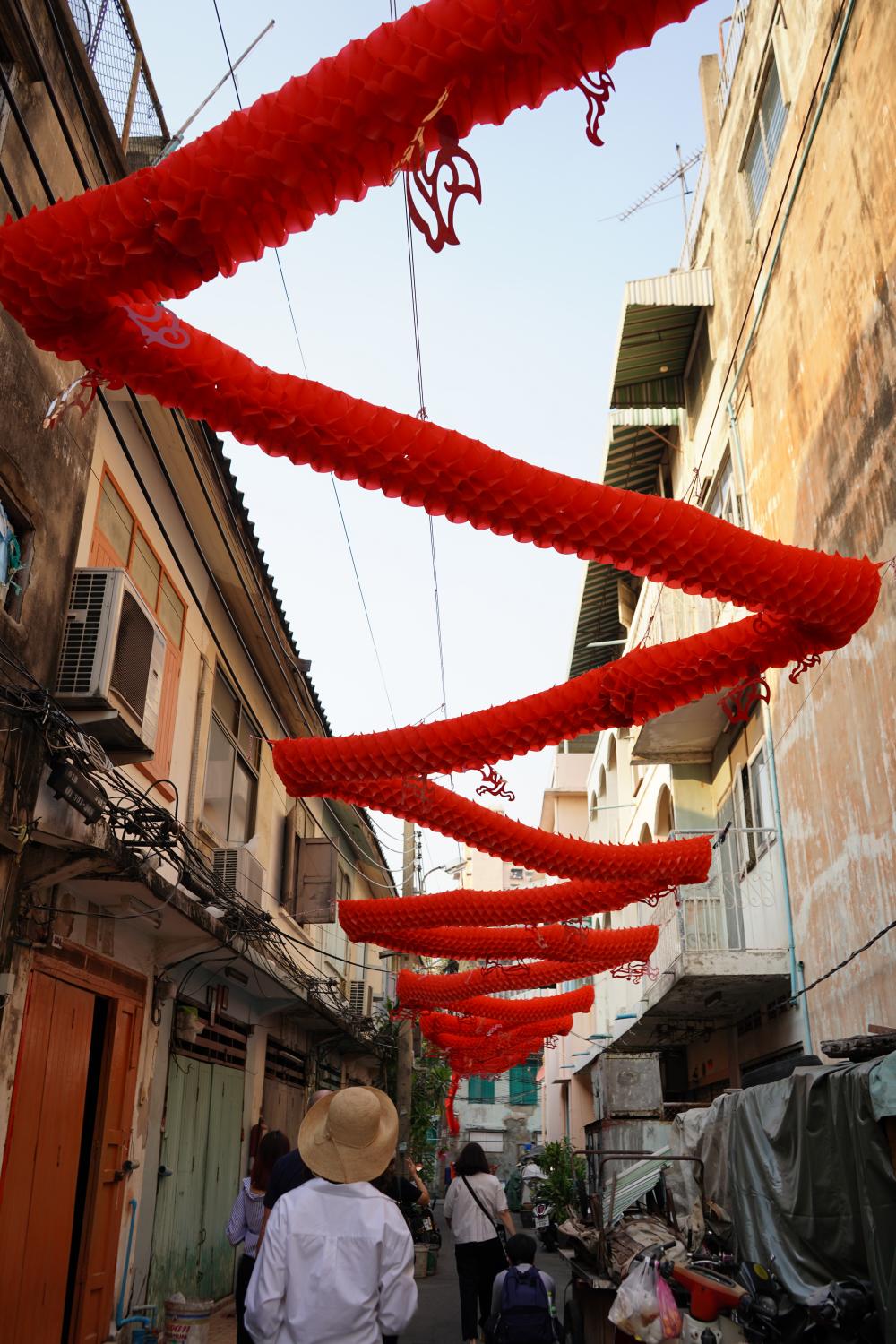 "I tried to create parallels between our experiences. Not in the same form, but the same essence. The surface is different. And the whole purpose of this is trying to get people to see that everything is connected and that history, as a concept, doesn't stop but evolves and goes through different formats," said Thanphuying Sirikitiya.

Try to visit the exhibition both day and night to get different feels from natural light and the full effect of lighting that illuminates this century-old structure.

Following Design Week, the Old Customs House will be renovated into a luxury hotel. 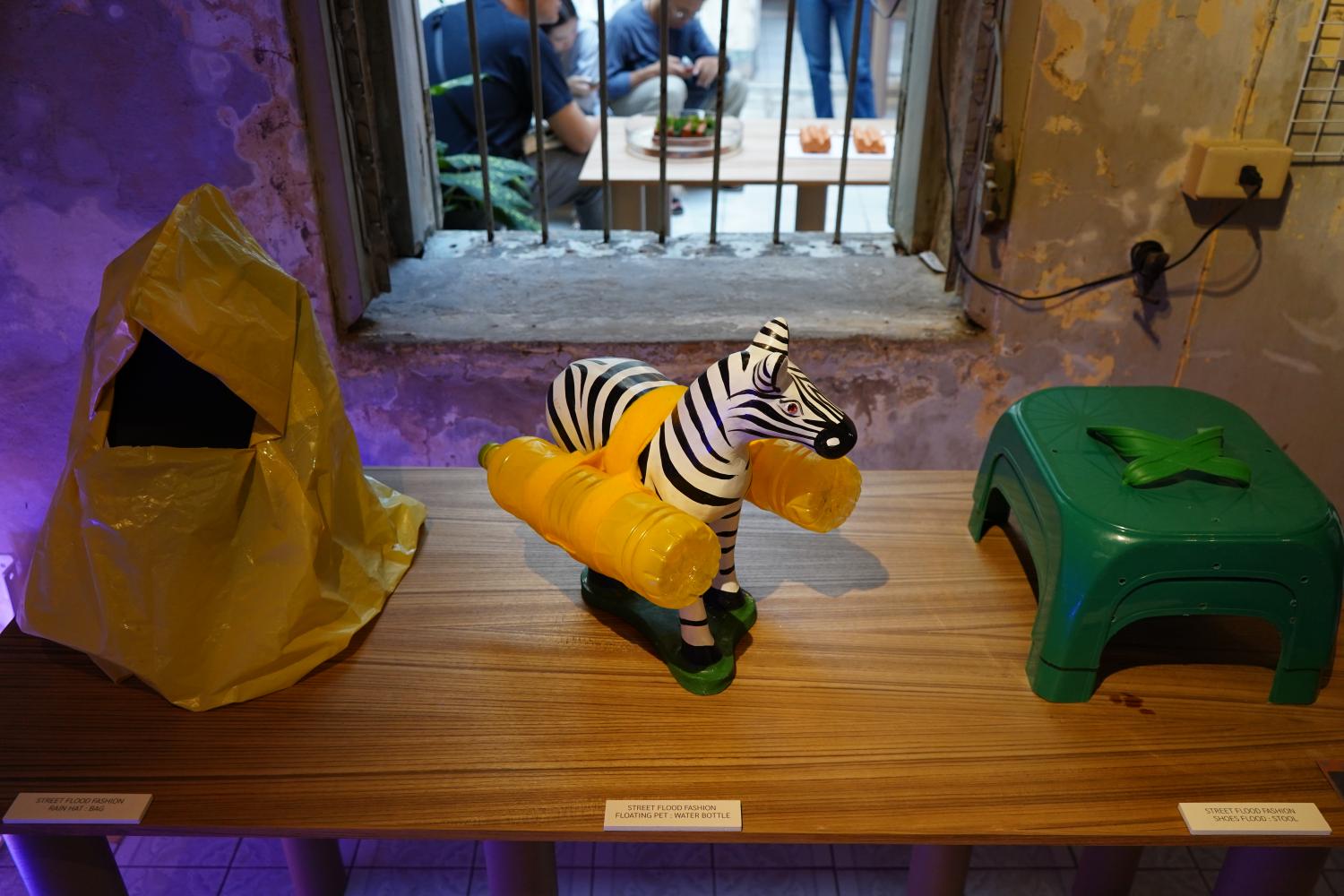 Escape polluted air. Enter the white pavilion outside the Grand Postal Building. On the first step in, visitors will feel instantly relaxed and cool down. The air-purifying plants, fan system and natural filter retain the quality air and provide a much-needed green space in these days when a PM2.5 haze looms over Bangkok. Designed by Shma, the shelter presents the possibility of combining design with green space to combat bad air and elevate quality of life. The pavilion is filled with plants that have the ability to capture dust and absorb toxic substances. It is said that the number of trees inside the pavilion can provide 92.6kg of oxygen per year. 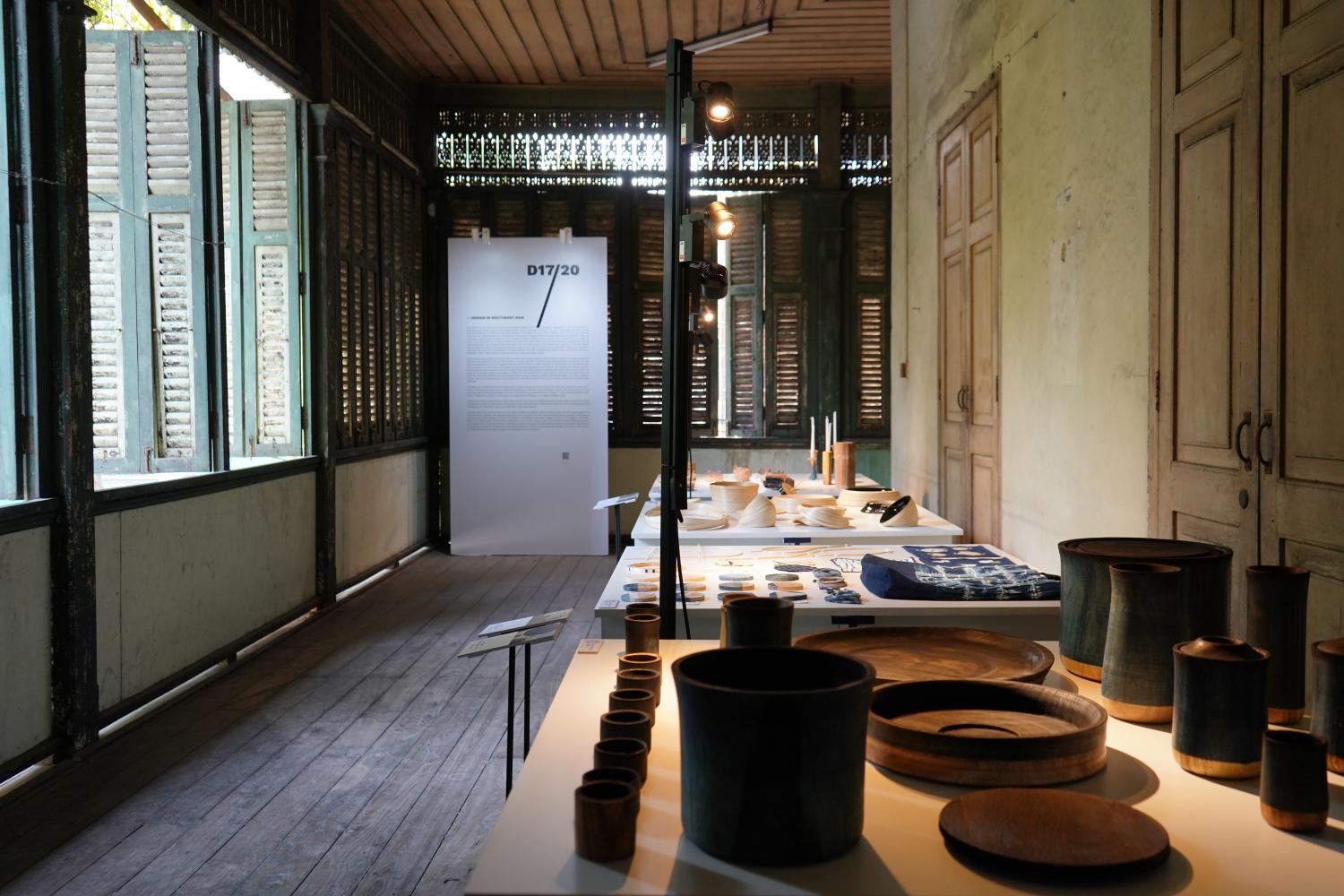 D17/20 Design in Southeast Asia at the Marine Police Lodging.

The Marine Police Lodging on Charoen Krung 36 now houses D17/20, which is a design and craft project pioneered by the Embassy of France. The project aims to strengthen the design industry in Southeast Asia through a series of workshops held in Thailand, Indonesia and Vietnam, where local designers have joined French counterparts in developing products, now displayed at the exhibition. Some of these designs were previously showcased at Chiang Mai Design Week 2018. 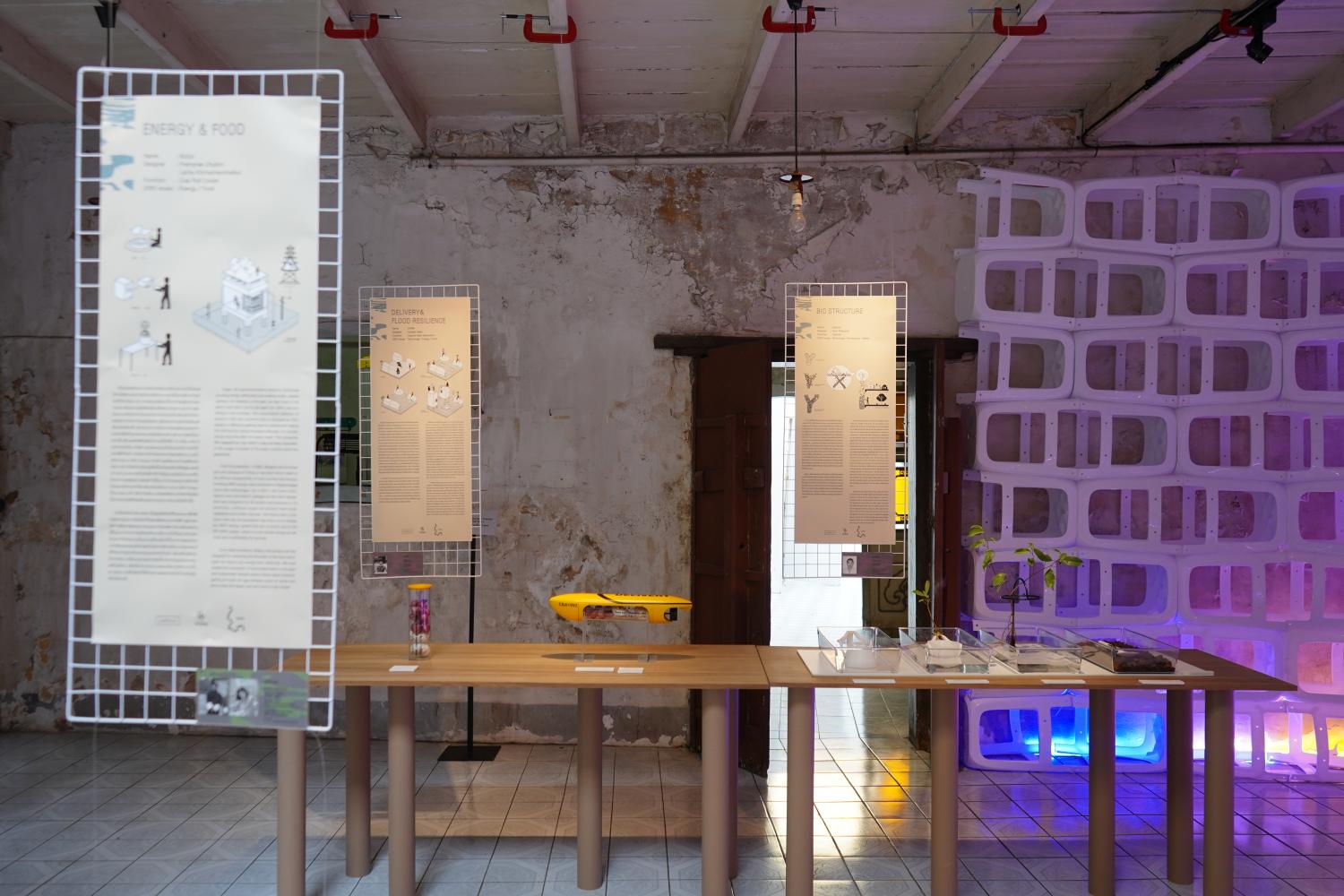 Imagine Bangkok in 2050. The polar ice caps melt and the sea level rises. How will our lives be affected, and in what ways will we have to adjust? Located at Baan Real Rare in Talad Noi, Bangkok Sealandia is an experimental design by Sumphat Gallery and young, under-30 designers who could possibly become victims of climate change themselves in a few decades. The solutions presented may feel elaborate, but they get us to think of the extent to which everything could change. What will we eat? What if beef is gone from our menu? What if we have no fresh water? Where would our trash go in the flood? It's already late to be preparing for these changes. Hopefully, visitors will get some ideas from the exhibition that will spark them to action. Inside the Talad Noi community gallery, which houses the 'Portrait Of Charoenkrung' exhibition.

The Sungkrohsang School of Photographic Arts documents the rich history of Charoen Krung in a series of family portraits that feature faces of local families, enterprises, embassies, temples and mosques.

The photo exhibition, held at the Talad Noi community gallery near Panu Rangsi Pier, reflects the neighbourhood's diverse characteristics and unique identity through generations of occupants. In order to gain each family's permission, the Sungkrohsang team approached them one by one to get to know them until eventually they said yes to participating in the project. The team plans to hand out these family portraits to their subjects on Valentine's Day.