The Grudge, the reboot that nobody knew they wanted, is dumb and pointless, with zero scares

January is often the dumping ground for bad movies. It's a slow month at the box office in the run up to the Oscars, and many studios take the opportunity to release low quality titles, some of which may have been collecting dust on the shelf for years. Released on Jan 3 in the US, The Grudge is the latest in this long, tiresome tradition of beginning-of-the-year trash.

Written and directed by Nicolas Pesce, The Grudge is inspired by the 2002 Japanese horror film Ju-On: The Grudge by Takashi Shimizu. Originally announced as a reboot of the 2004 US remake of the same name, the new film has ended up as a sort of a sequel that takes place during and after the events of the 2004 film.

Despite being a major studio film with a talented cast, featuring some nice touches, such as the police investigation, the overall piece suffers from a poor script, awful editing and a number of gaping plot holes. All of this means that 2020's The Grudge adds nothing of note to the franchise.

Like all the films in the franchise, The Grudge is about a house cursed by a vengeful ghost. It dooms those who enter the house, following them until they meet their grisly ends. Andrea Riseborough plays Detective Muldoon, a police officer who has just moved into town and is assigned to investigate several murder cases that took place two years prior. These appear to be connected in some way to a mysterious house.

The film is primarily set in 2006, but it also bounces back and forth between 2004 and 2005. We follow different events across these timelines, expecting them to all tie together at the end. But they barely do, if at all, and the jumpy editing just adds to the confusion. 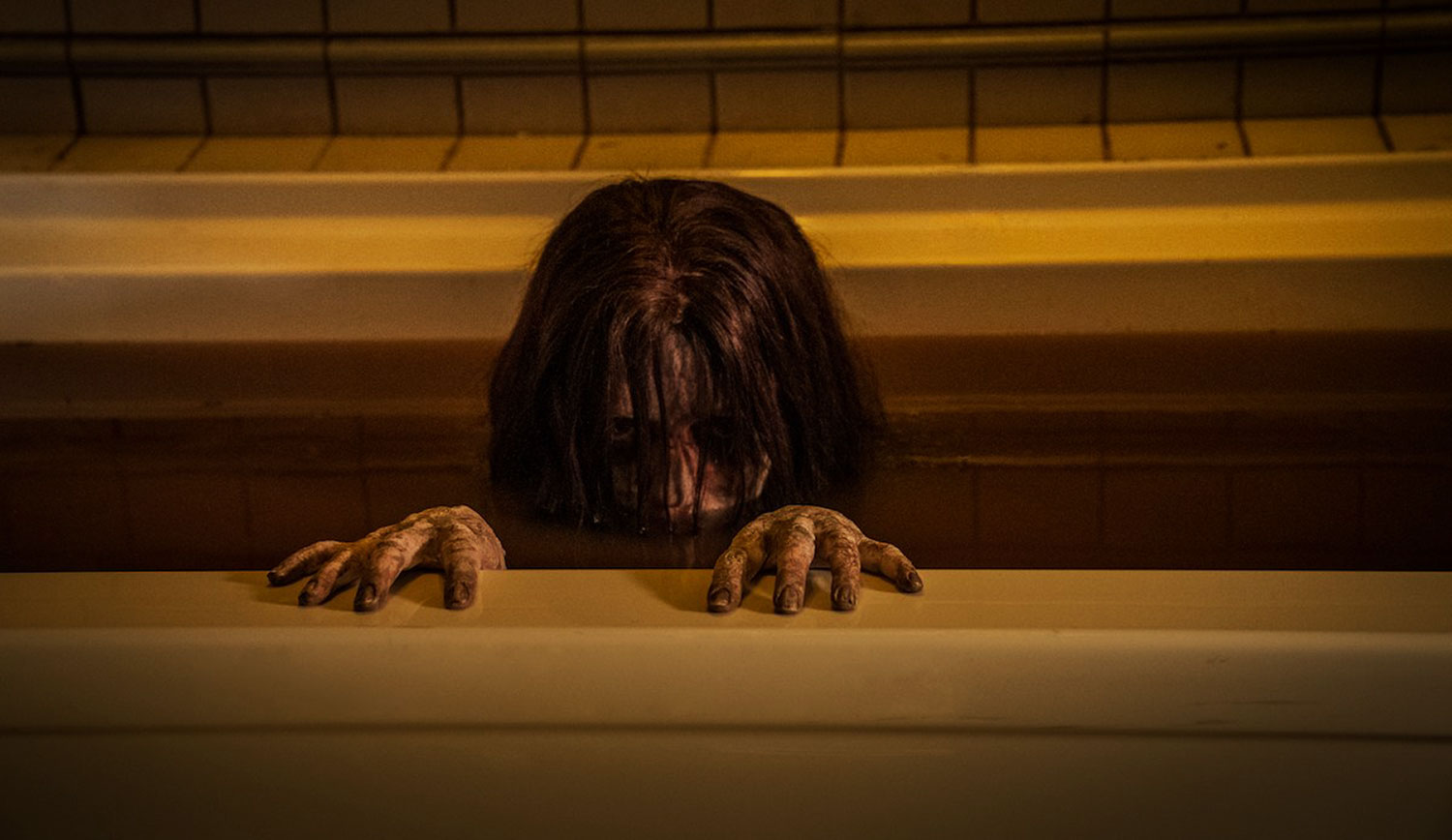 The Grudge has too many problems that just can't be ignored. For one, its story just feels incomplete. There's almost a good premise, with a lot going on, but the execution just isn't there. It's all rather a mess.

The film wastes a fine cast. In addition to Riseborough, it also features John Cho, Demián Bichir, Lin Shaye and Betty Gilpin. They do their best with what they're given, but their characters are let down by sloppy, clichéd writing. Key plot points rely on them making stupid decisions. In fact, I felt kind of guilty, because I couldn't help but think that they were so dumb that they deserved to die.

The horror relies almost entirely on jump scares that are not actually that scary. In fact, it gets kind of boring. The movie tries to mix a suspenseful detective story into the horror, which is quite a nice idea, but it has been done before much more successfully in films like Fallen (1998) or Deliver Us From Evil (2014). Those movies worked because the investigations led the police to the supernatural in a satisfying way. This is not the case in The Grudge 2020. There is little effective development in terms of character or plot.

So what you end up with is a horror movie with scares that don't work, characters you don't care about and plot lines with absolutely no tension or payoff. Put all that together and you're left with a pretty dreadful movie. Mercifully, it is only 93 minutes long, so if you choose to watch it, you don't have to suffer through it for that long. But even then, it's 93 minutes of your life that you'll never get back. So the safest bet is to skip the whole thing entirely, unless you're a massive fan of the cast.