The history of Kai Hua Ror dates back to 1973 when talented Vithit Utsahajit adapted film-style storytelling techniques to draw three-panel gag cartoons that reflected daily life and Thai culture. If paracetamol is a common drug that every household should have in their cabinet, Kai Hua Ror bills itself as household humour.

The comic -- which is approaching 50 years of existence -- is now under the umbrella of Banlue Publications and is being driven by new-wave executive Pimpicha Utsahajit, a third-generation member of the Utsahajit family. To showcase the lifestyle of people of all ages, she broadened the Kai Hua Ror cartoon universe from paper to several online versions such as a fan page on Facebook, mobile phone app, e-books, and a website, on which fans can easily reach and enjoy content with a single click.

"Initially, my grandpa set up the publishing house to offer only an edition of novels, songbooks and secondhand books. But my father graduated to motion pictures and expanded the business by using his skills to create a pattern of three-box gags for the Kai Hua Ror comic," said Pimpicha, executive director of the Banlue Group, who holds the master degree of business management from Imperial College London.

"Kai Hua Ror features simple cartoon strips to illustrate all Thai lifestyles in hilarious and positive perspectives, making it a source of inspiration for all generations. It's an inexpensive humorous comic, so everyone can afford and share the moments together. Recognising the potential of the cartoon industry in Thailand, my father came up with two other comics Maha Sanook and Pang Pond to serve younger readers."

Pimpicha spent most of her childhood in the publishing house that looks like a private library with a variety of books. She enhanced her literacy skills with Kai Hua Ror comics and showed off her talent in school essay contests before she went on to study communication arts at Chulalongkorn University.

During semester breaks, she became an intern at several leading media companies such as the Bangkok Post, A Day Bulletin and Thai PBS to gain experiences and learn how to produce interesting content for urban consumers. 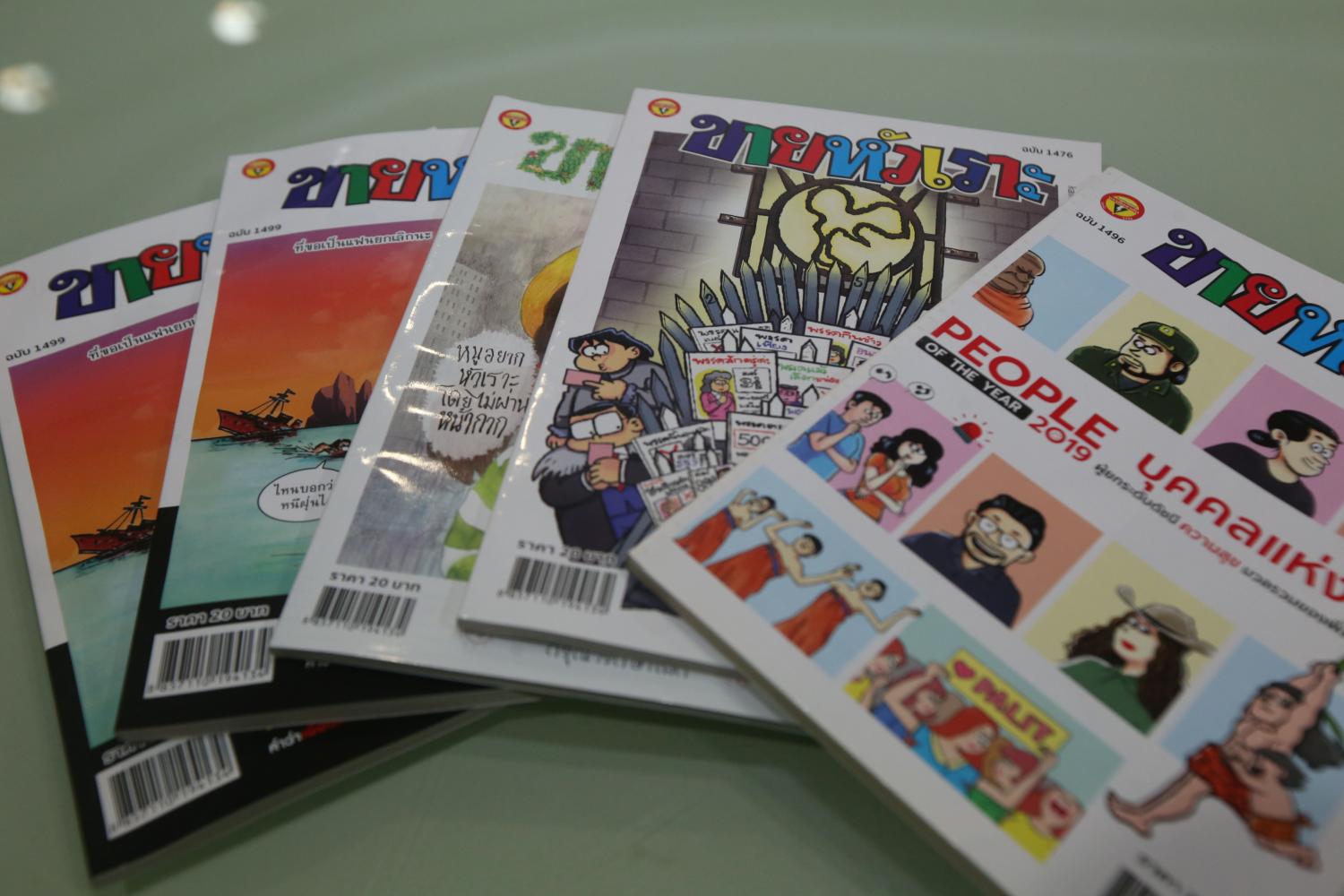 Kai Hua Ror has a long history in Thailand, dating back to 1973.

"I grew up in my parents' office. They taught me to develop creative concepts and gave me the chance to draw gags in the special editions. I've observed every process of making print media since I was young. I had fun creating content but one day I thought that I should learn how to manage it too. That's why I attended Imperial College Business School in London and studied business management," Pimpicha said.

"My parents never put pressure on me to inherit our business. They gave me and my siblings the freedom to think and do what we want. In the past, my teachers often praised me for my writing. I'm not sure if it's passion or talent that brings me to this point."

In the digital era, Kai Hua Ror is no longer a comic but a brand, with all of its cartoon characters available in different forms. Today, Kai Hua Ror is offering all health authorities its services for free to develop content in educating people on how to take care of themselves during the Covid-19 crisis.

"We've created marketing content for many leading brands and authorities to communicate with their targets. In recent years, we've worked with educational institutions to design creative school programmes and educational media using Kai Hua Ror cartoon characters to enlighten children about the environment, hygiene, and even encourage them to drink milk," Pimpicha said.

"Our mission is that we'll be with fans everywhere. Our characters are now available in several forms, ranging from animation, sitcom, mascots at running events, at workshop exhibitions and Line stickers. Now, we're also programming to connect Kai Hua Ror with young consumers."

When trends come and go, building identity is significant to turn readers into loyal fans. Each issue comes with different themes to link all the cartoon characters with current situations, politics and marital relationships meanwhile gags play on words that are familiar in daily life and easy to understand.

For example, the Game Of Thai edition parodied campaigns that political parties ran to draw people during last year's election. Last month, it borrowed the name of Thai blockbuster Friend Zone, with all of its cartoon characters wearing masks. It captured scenes of people living with PM2.5 air pollution as if it is a close friend. 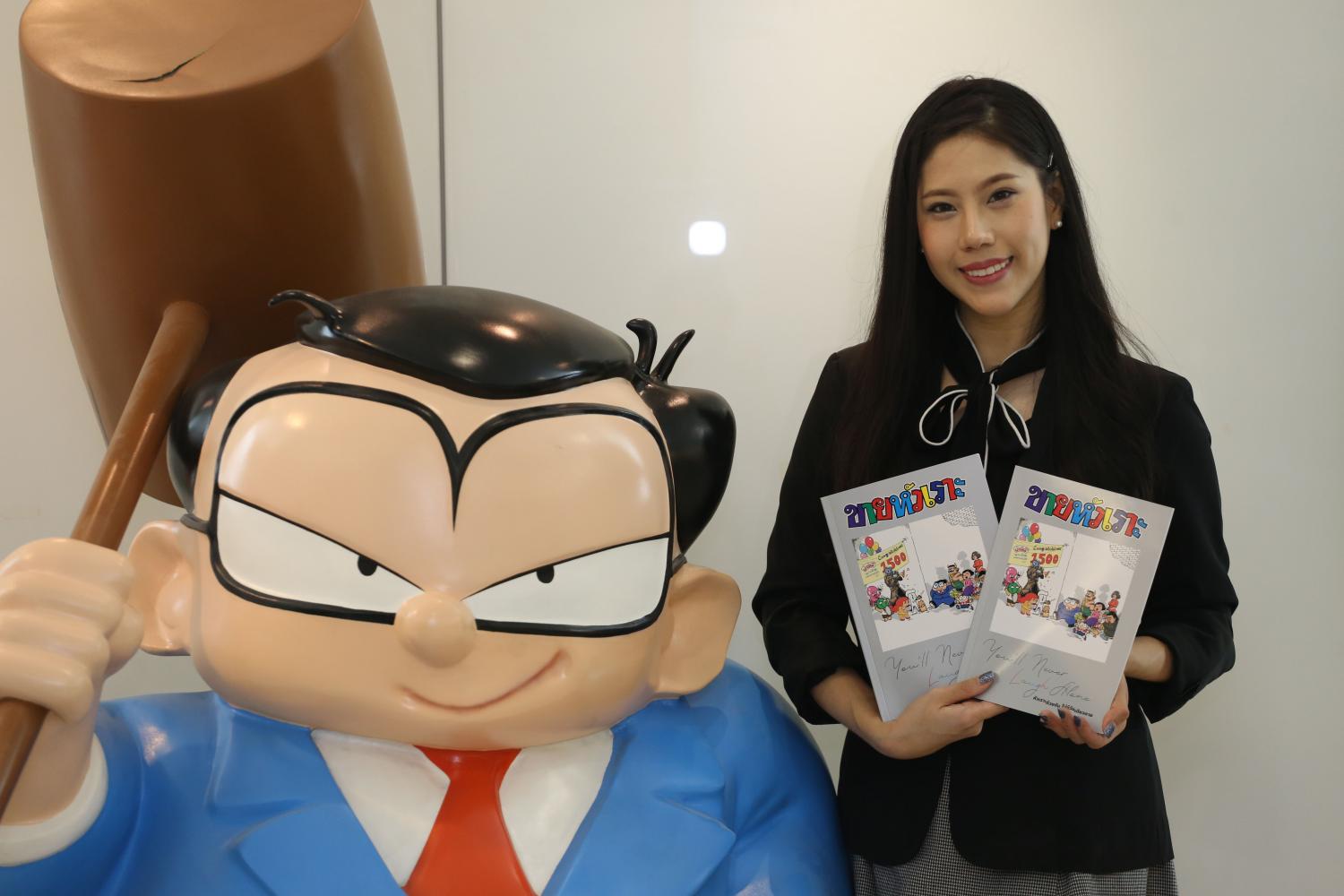 "Trends come and go. So three important actions to help us adapt our business quickly is to plan, do and check. The digital disruption has impacted print media. Newspapers are short-lived and rely on credibility while online content is fast-paced and consumers are spoiled for options. Kai Hua Ror is an inexpensive comic with recognised gags," Pimpicha said.

"We aren't competing with others but only ourselves. Our gags are classic, so customers can keep and read them anytime. Content is designed to be entertaining for people of all ages. We also created the Kai Hua Ror page on Facebook to crack gags about current situations. It seems like a community where fans can share their ideas and interact together."

To celebrate its 1,500th issue, Kai Hua Ror is inviting more than 70 big names from different fields to share their inspiration in the limited-edition comic.

"Designed to be a collectable item, this is the first project in which we worked with professionals from several fields. They mostly grew up with Kai Hua Ror and got inspiration from our cartoon gags. This is a stage for them to show their creativity," Pimpicha said.

Meanwhile, Wisut Pornimit will share a fun story with fans about his popular cartoon character Mamuang having lunch at Kai Yang Wanrob restaurant to pay tribute to Kai Hua Ror's cartoonist Supol "Tom" Maynakhom, who passed away two years ago.

Other headliners include director Hiroshi Aramata from the Kyoto International Manga Museum, rapper Joey Boy, cartoonist Pop Mhan who used to work with Marvel Studios and DC Comics, Art Jeeno who won the seventh International Manga Award, national artists Win Leowarin and Nawarat Pongpaiboon as well as content creators Contrast and Jod8riew who have more than one million followers.

"The 1,500th edition is a significant milestone for Kai Hua Ror," Pimpicha concluded. "This edition marks its long journey."

The limited edition of Kai Hua Ror: You'll Never Laugh Alone comics are priced at 59 baht and are available at 7-Eleven and bookstores. Find out more details at kaihuaror.com.