A tribute to Manu Dibango

The Cameroonian sax player, who may well have invented disco, passed away on March 24

Just after the World War II, in 1948, a gangly youth arrived in Strasbourg, France, after a long trip from Douala in Cameroon. He had 3kg of coffee in his luggage and a burning desire to be a saxophonist like Lester Young (later he would don a Young-esque pork pie hat and blow smoke rings like the acclaimed master). His name was Manu Dibango. Sadly, this veteran musician died last week of complications from the Covid-19 virus. He was 86 years old. 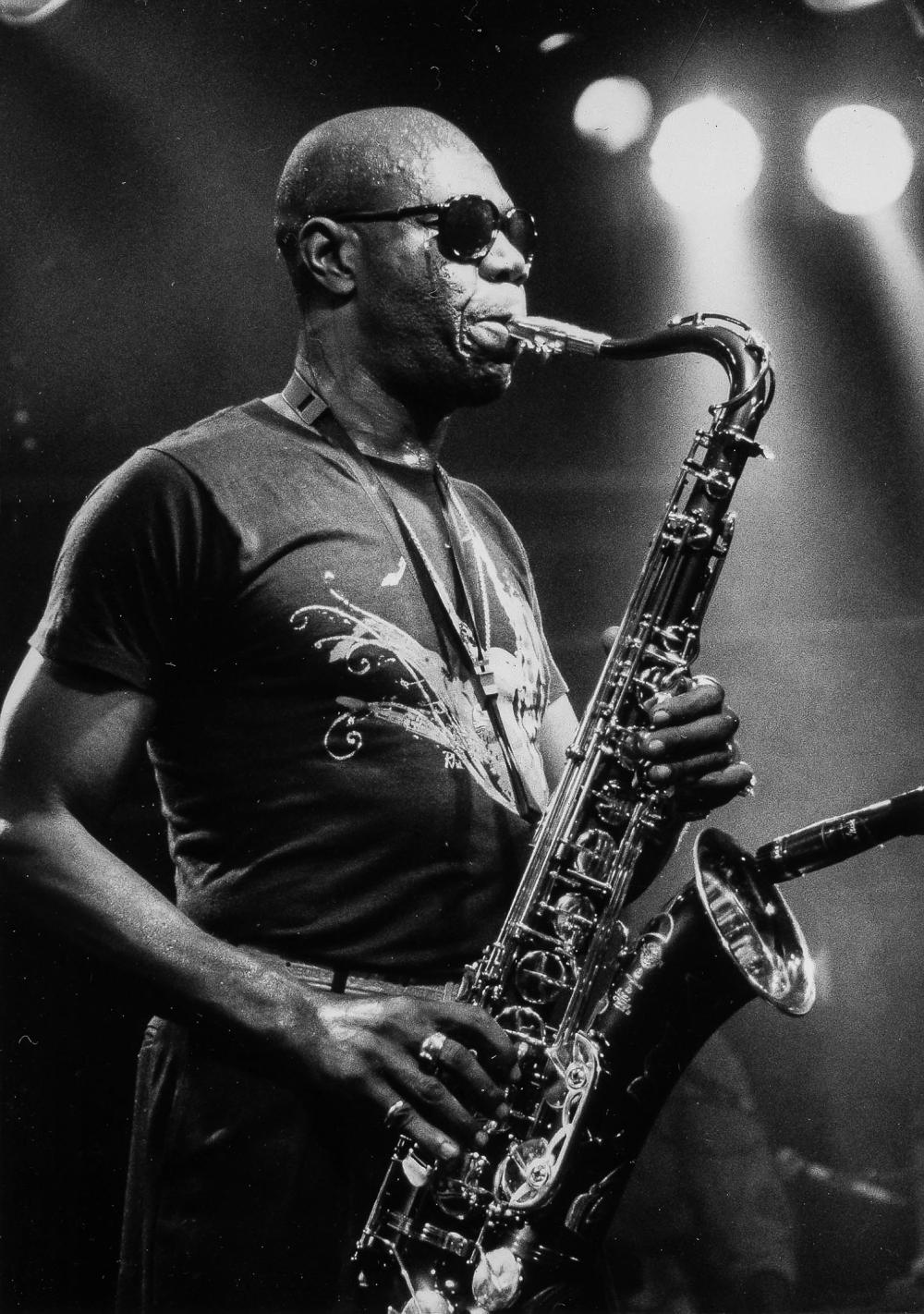 Dibango was the first African musician I ever interviewed, during the "world music" boom years of Tokyo way back in the late 1980s and early 1990s. He had already spent 20 years at the peak of his career, which really kicked off when in 1972 he released his Soul Makossa album on Fiesta Records in France, London Records in the UK and Atlantic in the US; the title track became a monster international hit for the Cameroonian. Music fans couldn't get enough of the catchy hook "mama-say, mama-sa, ma-ma-ko-ssa" which influenced many Western musicians, including Michael Jackson and Rhianna; more on that later.

Dibango was born in Douala, Cameroon, in 1933. He was from two different ethnic groups, Duala, his father's group, and Yabassi, his mother's. As he was not completely initiated into Yabassi culture, he told me that he felt unable to completely identify with his parents and that this situation had actually helped him make a success of his life outside the place of his birth.

He grew up playing religious music at the Protestant church he attended, learning quickly and mastering choral techniques and piano; later he would learn saxophone and vibraphone. He completed his high school education in France and began his life-long love affair with jazz, which he credited with opening up the musical world for him, so that his very eclectic taste included Western classical music, all kinds of African music, tango, salsa and hip-hop.

At the beginning of his musical career, while still at school, he would accompany anyone who would pay him; his parents had cut off financial support, so he had to make a living. He told me that this was very good for his future collaborations, which in his case included African Jazz (the pioneering Congolese rumba band of Joseph Kabasele), Fela Kuti, Ladysmith Black Mambazo, King Sunny Ade, Don Cherry, Sly & Robbie, Herbie Handcock, Bernie Worrell and the Fania All Stars.

In the 1950s he was invited to join the pioneering Congolese musician Joseph Kabasele and his band, African Jazz (the term jazz has a more generic meaning in Africa than it does in the West); in the 1950s you'll find lots of African bands using jazz in their band names, such as Franco's OK Jazz. He settled for a while in Kinshasa, playing piano and sax on Kabasele's recordings, including, I believe, on the 1961 hit Independence Cha Cha. He also ran his own nightclub in the city and performed widely across West and Central Africa.

His 1972 hit and most famous song, Soul Makossa brought him international fame (although his later Big Blow 12-inch single was a monster disco hit) and invitations to collaborate with many musicians. One musician, a certain Michael Jackson, admitted to lifting the main makossa riff for his song Wanna Be Startin' Something on Jackson's Thriller album, the biggest-selling pop album of all time. This is what Dibango told me: "Well, there are two issues. One is that I'm glad Michael Jackson knows who I am; and the other issue, that is just business."

At that time, Dibango had not pursued legal action but a few years after this Jackson settled with Dibango out of court. Later the issue would resurface when Rhianna asked Jackson for permission to use the riff, Jackson gave permission without asked Dibango first. Dibango initiated legal action but the rulings went against him and he waived his right to seek further damages.

Dibango was at the heart of the Congolese rumba boom, he played an important role in defining disco (some believe that Soul Makossa is in fact the first disco record), he crafted his own sound from African music, soul, funk and jazz, he explored electro-jazz possibilities and he was an early hip-hop experimenter. In the past 15 years or so his music has been sampled by many hip-hop musicians. In a career that spanned over 50 years, he released 44 albums, including iconic releases like Soul Makossa, Afrovision, Big Blow, Waka Juju, Electric Africa, Negropolitaines and Wakafrika.

I was very nervous as I began my first interview with an African music legend. Dibango could sense this and he quietly told me to make myself comfortable. "You lead, man, and I'll follow." Gracious and kind with his time, the interview was fun and I learned a lot about the roots of his music and why African music was becoming more and more popular (at that time).

"We [Africans] aren't robots. When we're in Africa, we don't play a 90-minute concert -- we have to play three or four hours, and everybody is there, from babies to grandparents. You can see our humanity on stage. That's why it's popular."

Those interested in Manu Dibango's life and work should check out his 1994 autobiography, Three Kilos Of Coffee (University of Chicago Press, 1994).

Rest in peace, Manu Dibango. Your music will live on.