A decade ago, a Thai film made history by winning the Palme d'Or at the Cannes Film Festival as blood ran in Bangkok's streets

published : 22 May 2020 at 04:00
newspaper section: Life
writer: Kong Rithdee
A scene from Uncle Boonmee Who Can Recall His Past Lives.

Rumour had spread early that morning that the Thai film would win big that night. How big? We daren't dream. The runner-up prize maybe? The Cannes grapevine, in those embryonic days of Facebook and Twitter, was fairly dependable but not downright on the money. It gives you the shape but never the details. The Thai film "will definitely win something", said one of my supposedly well-connected friends, accompanied by a speculative wink.

That something turned out to be the biggest award of Cannes, the world's most prestigious film festival. That night of May 23, 2010, or exactly 10 years ago this weekend, Apichatpong Weerasethakul, wearing his white tuxedo and wide grin, stepped up on stage to accept the Palme d'Or, arguably the most coveted trophy in world cinema, for his strange, luminous film Loong Boonmee Raluek Chat (Uncle Boonmee Who Can Recall His Past Lives). "I liked your hairstyle," the Thai filmmaker teased Tim Burton, the jury president (the best jury president ever), then, in his typically esoteric yet completely genuine tone: "I thank all the ghosts and spirits in Thailand that made this possible."

What started off that morning as a rumour ended up that night as history: a Thai film had won the Palme d'Or. As the only Thai reporter remaining in Cannes, I almost fainted in my seat in the press room. My reaction was a mixture of thrill and disbelief, clapping, shouting, swearing, and some foreign reporter started squeezing my shoulder and congratulating me, because, yes, he knew it was Apichatpong's win but it also felt like our win: a win for those who have faith in cinema, for the subscribers of the idea that the supernatural is part of cinematic reality, and for cinephilic ghosts and spirits that haunt even the seediest movie houses around the world. And maybe, why not, it was also a win for Thailand.

Uncle Boonmee's Palme d'Or victory in May 2010 came hot on the smouldering heels of a troubled week in Bangkok after the military moved in on the red-shirt protesters. Blood on the street, gunpowder in the air, "shambles" in the headline, and an existential conviction in our minds that something about Thailand had changed, drastically changed, maybe forever. Amid that citywide confusion, Apichatpong was said to have scrambled around town trying to get a Schengen visa, navigating roadblocks and embassy closures, and he made it just in time for the film's world premiere on May 21 -- two days before it was crowned the winner.

The film's glory at Cannes, an event sometimes associated with snobbery and extravagance, is not something that happened in the bubble of "art", a chapter devoid of context or disconnected from the tremor of the real world -- the world of street protests and live-fire zones. Uncle Boonmee Who Can Recall His Past Lives is part of a multi-platform art project called Primitive, which also consists of several short films and installation works. All of the pieces are rooted in the same conceptual spirit: they represent Apichatpong's memory of the Northeast, where he grew up, and its troubled, sometimes violent past regarding the repression of communist insurgents during the Cold War years. The epicentre of the project is Nabua, a small village in Nakhon Phanom province where locals sided with the rebels and rose up against what they saw as persecution and injustice committed by central authorities. In Primitive, Apichatpong was inspired to create a seductive alchemy in which history, memory and the metaphysics of cinema come together like a perpetual, indescribable dream. 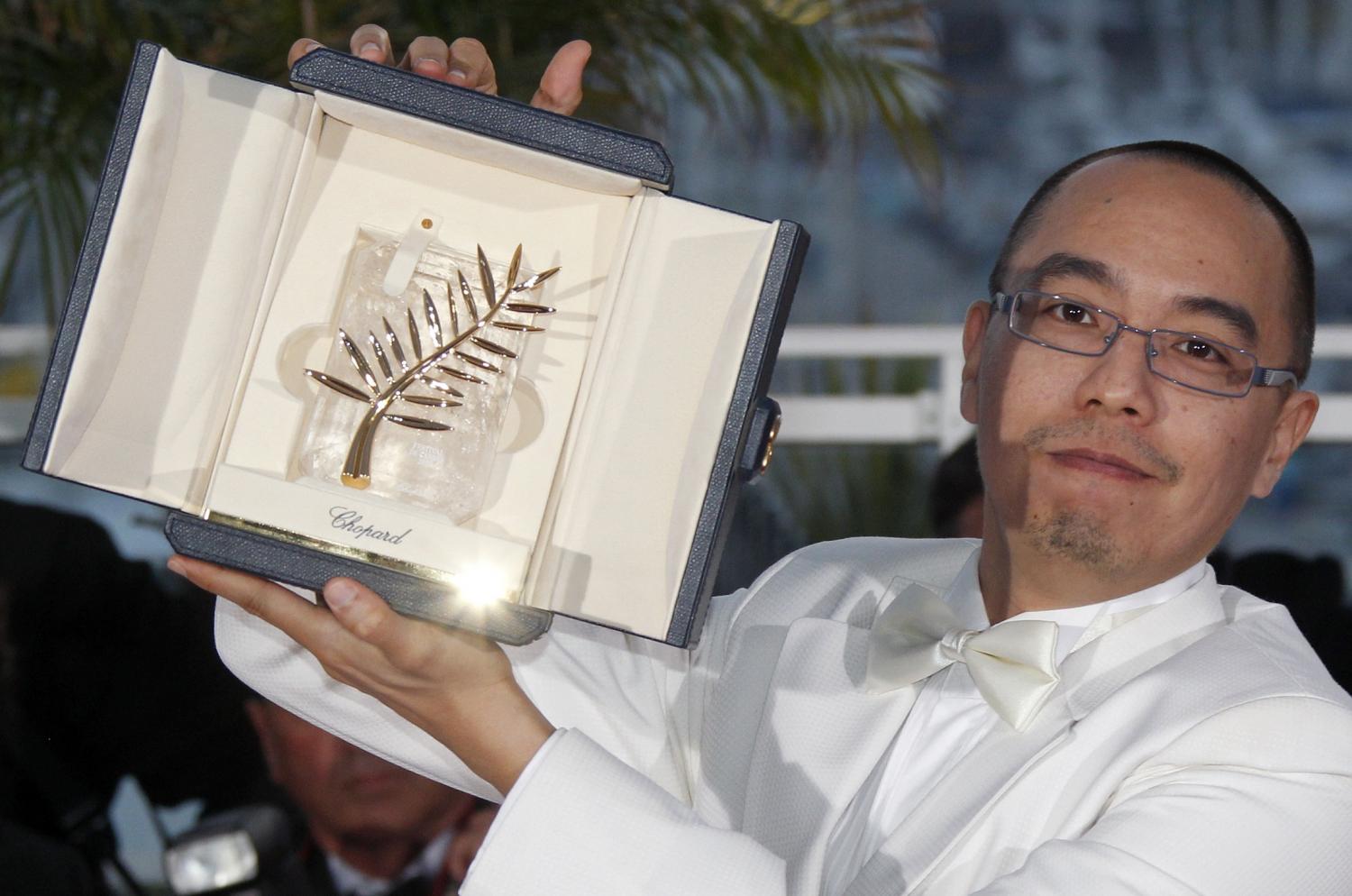 The narrative in the film Uncle Boonmee may not address the historical politics of the Northeast directly. Rather, it tells the story of Uncle Boonmee, a beekeeper who's dying of kidney disease and is visited by the spirit of his deceased wife and also by "the monkey ghost", which could be a new avatar of his long-lost son who had disappeared into the jungle many years ago, probably to join the communists. Still, the film has the distinct aroma and humour of an Isan folk tale, and as part of Primitive, its sociopolitical undercurrent simmers beneath the surface.

And thus its victory at Cannes, days after the bloody crackdown in Bangkok in which a large number of protesters were from Isan, was opportune. The two events are not directly connected, but to dismiss a proposal of poetic redemption in the whole scheme would be a sin to the imagination, or even to history. Spiritually if not thematically, Thailand's first Palme d'Or and the brutal suppression were somehow linked by an invisible thread. And as we celebrate the 10th anniversary of Uncle Boonmee, the same anniversary of another event is also taking place, an event whose outline and particulars remain shrouded in a fog of prejudice after all these years.

That aside, Uncle Boonmee's win also spread a wider implication. It vindicated years of struggling not just by Apichatpong but by other independent filmmakers who believed in telling personal stories. And beyond that, it also opened up the possibility for all Thai films. It drove young people to have more faith in cinema and compelled bourgeois multiplex audiences to pay attention (at least for a while) to something other than Hollywood blockbusters. The film's reputation also pushed the government to contemplate a programme of subsidy to art-house films -- again, unfortunately, only for a while.

But as Apichatpong would have told us, let's not get carried away. Let's not overestimate everything and cling to the Palme d'Or as if it were the ultimate salvation of our sorrows. Ten years after that crazy night in Cannes, the Thai film industry remains in a state of perpetual struggle -- compounded now by the coronavirus pandemic -- and especially the independent filmmakers who still have to fight tooth and nail to get funding. Thai politics, too, has hardly moved away from the circumstances that had led to the incident in May 2010; if anything, it has gotten worse. Uncle Boonmee made history that night, but like the many lives of the titular uncle or like the idea of cinema itself, history is a process of constant remaking, an endless series of death and rebirth that leaves a trail of memory from which we emerge, if we in fact do, more humbly rather than triumphantly.

Two years ago Apichatpong gave his Palme d'Or -- the actual trophy -- to the Thai Film Archive. It is now on show at the Thai Film Museum, a splendid piece of history housed in a showcase for public viewing. Like I said, from that historic night 10 years ago, it has always felt like our win.