We Are One is one to watch
Life
Arts & Entertainment

We Are One is one to watch

published : 4 Jun 2020 at 04:00
newspaper section: Life
writer: Melalin Mahavongtrakul
We Are One: Global Film Festival. photo courtesy of We Are One

Celebrate films with a historic festival that you can watch within the comforts of your own home.

We Are One: Global Film Festival sees the unprecedented participation of more than 20 top film festivals around the world bringing together a free digital film festival that is now showing exclusively on YouTube. The films and programmes have their first screening at a scheduled time and will be available to watch on demand throughout the course of the festival, which is set to end on Sunday.

We Are One is available for free for a limited time with the aim to support much-needed Covid-19 relief efforts. Audiences can contribute through donations via a link on every film programme page. These donations will go to the World Health Organization, Unicef, UNHCR, Save the Children and Doctors Without Borders, among many other organisations.

Here are some highlights of the festival:

And Then The Bear

In this vividly animated selection from the Cannes Film Festival, director Agnès Patron presents visual simplicity and child-like drawings with a mesmerising score by Pierre Oberkampf. The sight of burning houses, neglected children and big bears set against a pitch black background is powerful and hypnotic.

The festival features a series of immersive 360 VR shorts, one of which is Passenger, a stop-motion VR film that explores visual dislocation of arriving in a familiar place. Directed by Isobel Knowles and Van Sowerwine, this 10-minute short from Australia takes audiences on a taxi through an abstract and dreamlike journey in a foreign land.

A film by Thailand's own Nawapol Thamrongrattanarit, Mary Is Happy, Mary Is Happy follows a high school senior navigating the complex terrain of life, love and friendship. The story is based on 410 real consecutive tweets of an anonymous account and blends fantasy and reality into a coming-of-age teen story.

And just about any panel discussions, really

We Are One brings along a series of talks with filmmakers and stars around the globe and it's difficult to pinpoint just one discussion to watch. There are solo talks by Guillermo del Toro, Diego Luna, Jackie Chan, Zhang Ziyi and more. Other discussions saw an interesting pair up, such as one with Ang Lee and Kore-eda Hirokazu, or Alejandro González Iñárritu and Marina Abramović. There's also the Locarno 2019 Excellence Award Conversation between Parasite star and director, Song Kang-ho and Bong Joon-ho, respectively. 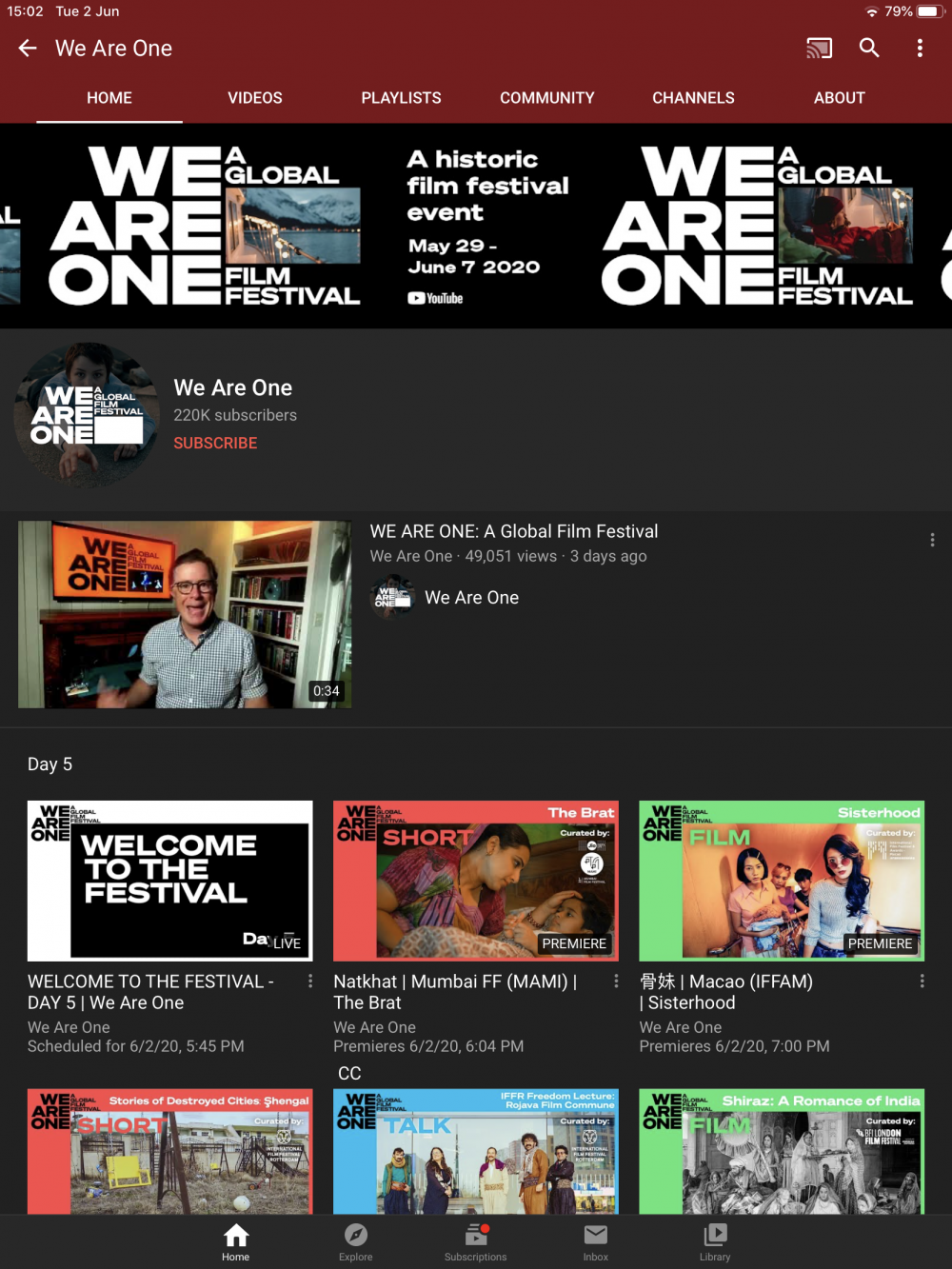 The digital film festival is now available on YouTube. photo:

Find the full schedule on weareoneglobalfestival.com. Watch the screening on youtube.com/weareone.