Aspirations aside, The Hunt is long on gratuitous violence, short on political commentary

A dozen strangers suddenly wake up to find themselves in a remote field. They have no idea where they are or how they got there, but the next thing they know they're being hunted down for sport. Judging by its premise or the trailer, the new action/horror film The Hunt could give you an impression of another The Hunger Games or Maze Runner, a survival story mixed with strong political messages. But the film surprisingly delivered a satire, dark humour combined with really well filmed action sequences, plus some of the most likeable performances you'll see in a movie this year.

The Hunt is quite an interesting release. The movie was supposed to come out last year but was postponed due to two mass shootings in the US. The heart of the story centres on the shadow of a dark internet conspiracy theory, where a group of rich people gather at a remote manor house to hunt down people for sport. But the elites' master plan gets derailed when one of the victims turns the tables on the killers, and starts going after them one by one.

The filmmakers did a really good job at making this a compelling and engaging story. The Hunt is consistently paced. The movie is rarely slow; it never drags as something is always happening, you're always invested in the action. I also loved how they were bold and brave enough to throw in a lot of twists, or to feature a few notable A-list actors, only to kill them off brutally in a matter of minutes, especially during the first act where a series of new characters are frequently introduced and you're never entirely sure which one is your lead.

Blood and gore are the selling points of this movie, so if you're not a fan of gratuitous violence then this film might not be for you. 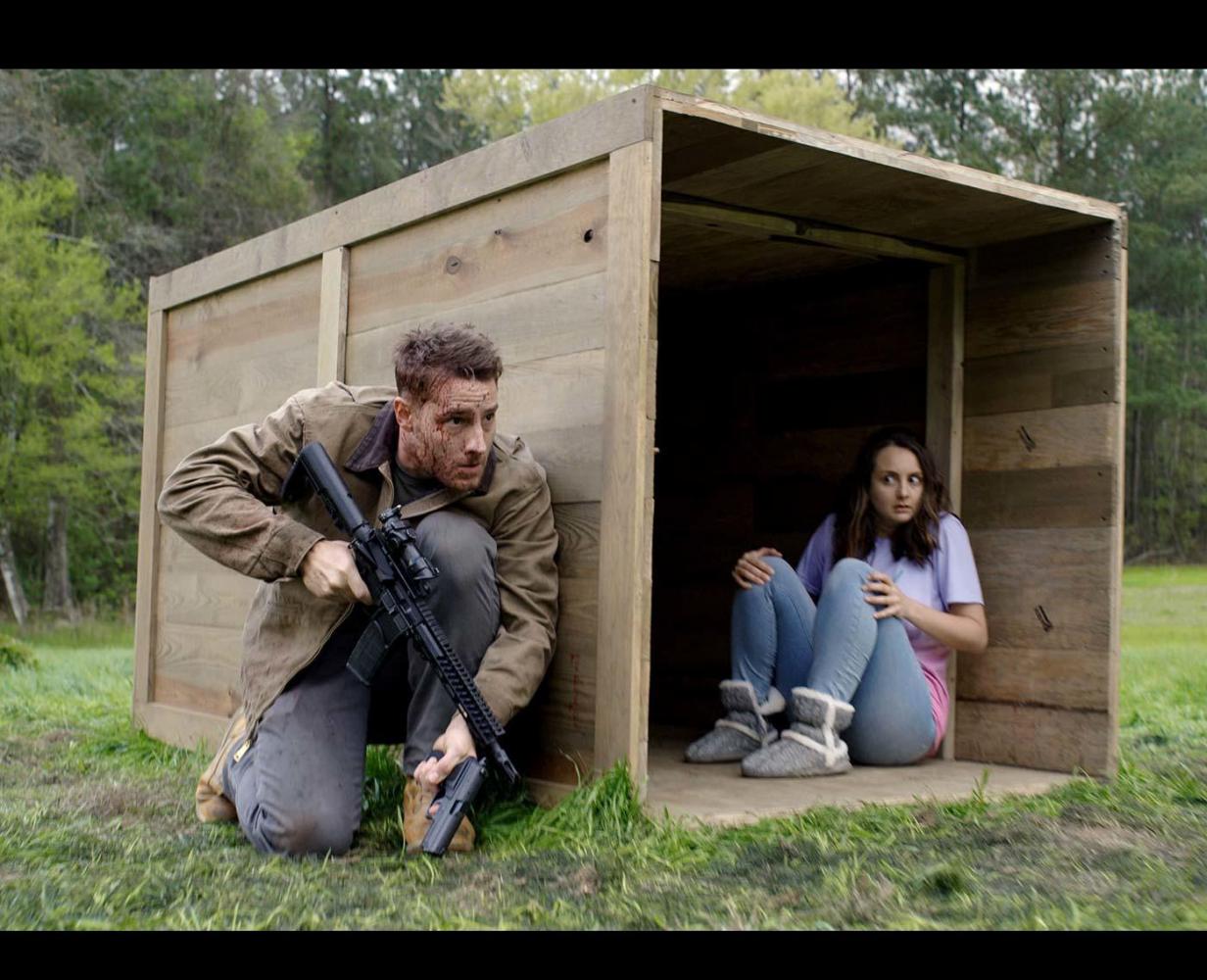 But in many cases, I think this isn't a horror film as advertised. There's not many thrilling or horrifying moments at all. This is even very goofy and cartoonish action, told in a very dark comedic way such that at times you don't know if you should be laughing, but you are, and there are times that you're enjoying yourself when you think you shouldn't.

I also liked the fact that the movie was willing to take a risk in the narrative to give us shocking, or ridiculous at times, moments that maybe didn't make 100% sense. But at the same time we understand that all of the kills and deaths were not based in reality. There are obvious Quentin Tarantino influences in many scenes such as the gas station killing spree that brings to mind Bruce Willis vs The Gimp scene in Pulp Fiction. Or the final showdown scene between two female characters which is derivative of the classic kitchen fight between Vivica A. Fox and Uma Thurman in Kill Bill.

All the performances in The Hunt are great. Betty Gilpin in particular, who plays the role of a hilarious badass girl from Mississippi that finds herself in the middle of this war, and she acts like she doesn't even care. She delivers as the one who turns the tables on the killers, picking them off one by one. She easily reminds you of Samara Weaving's character in last year's Ready Or Not. And although some actors just make small cameos here, like Amy Madigan, Emma Roberts, Ethan Suplee or Hilary Swank, they all deliver impressive performances.

While the pacing was consistent, the subplots lacked character development. You have a lot of plot, but not a lot of character. But the pacing and compelling story helps one easily overlook these flaws. The movie's social satire pokes fun at all sides; it's an equal opportunity offender. So regardless of what end of the political spectrum you reside, sit back and enjoy.

If you're looking for an action comedy with R-rated fun, then The Hunt might be just for you. The plot and style may not be original, but I would watch it again, just for the shock value and laughs. But I wouldn't recommend to watch it for some insightful political profundity because, clearly, The Hunt is not meant to be taken that seriously.