Djibouti, officially known as the Republic of Djibouti, is one of continental Africa's smallest countries. It has a population of less than a million spread out across an area that is just over 23,200km². For most people outside this part of the Horn of Africa, the city is known for its position as a bustling port, strategically located at the point where the Gulf of Aden meets the Red Sea.

Port cities seem to develop interesting music scenes. In a recent column I wrote about how Filipino and Indonesian artists and musicians spread their version of jazz throughout Southeast Asia via the music scenes bubbling away in regional port cities. Djibouti, it turns out, is another example that was relatively unknown until last month, when Ostinato Records put out the first international release of The Dancing Devils Of Djibouti by Groupe RTD.

Ostinato has been quietly releasing compilations from East African and the Indian Ocean musical cultures. In 2017, the label released Sweet As Broken Dates: Lost Tapes From The Horn Of Africa, which showcased the incredibly vibrant music scene of Somalia during the 1970s and 80s. Executive producer of the Djibouti project, Vik Sohonie, told World beat that the new album is a "contemporary, studio recorded companion to Sweet As Broken Dates".

The initial idea was to try to get access to Djibouti's state radio archives and make a compilation to show the range and variety of local music. The country gained independence in 1977 and has had a strict authoritarian government since, which controls the media and music industries. No album had been allowed to be released on the international market.

Nevertheless, stalwart producer Sohonie made an approach in 2016 and after three years of difficult negotiations, he was not allowed to access or release archival recordings. Instead, the government gave him three days to record Groupe RTD, a group of veteran and upcoming musicians who perform at state ceremonies and on state radio.

The position of Djibouti is important because it is subject to waves of influence from multiple sources, such as big neighbours like Ethiopia and Somali, even Sudan, the Arabic world, cultural flows from the Indian Ocean (from island music to Bollywood) and international genres, especially reggae.

The synth-drenched opening track Buuraha U Dheer sets the tone for this wonderful album with its urgent rhythm and even more urgent vocals of young Asma Omar, who alternates on the album with charismatic male singer Hassan Farah Houssein, whose deep voice reminded me of Sudan's Abdel Gadir Salim and also Egypt's Nubian funkateer Ali Hassan Kuban. The rolling groove of this track has the same irresistible lilt to it as Ethiojazz. Classic reggae features on Raga Kaan Ka'Eegtow and also later on my favourite reggae-flavoured song, Suuban. 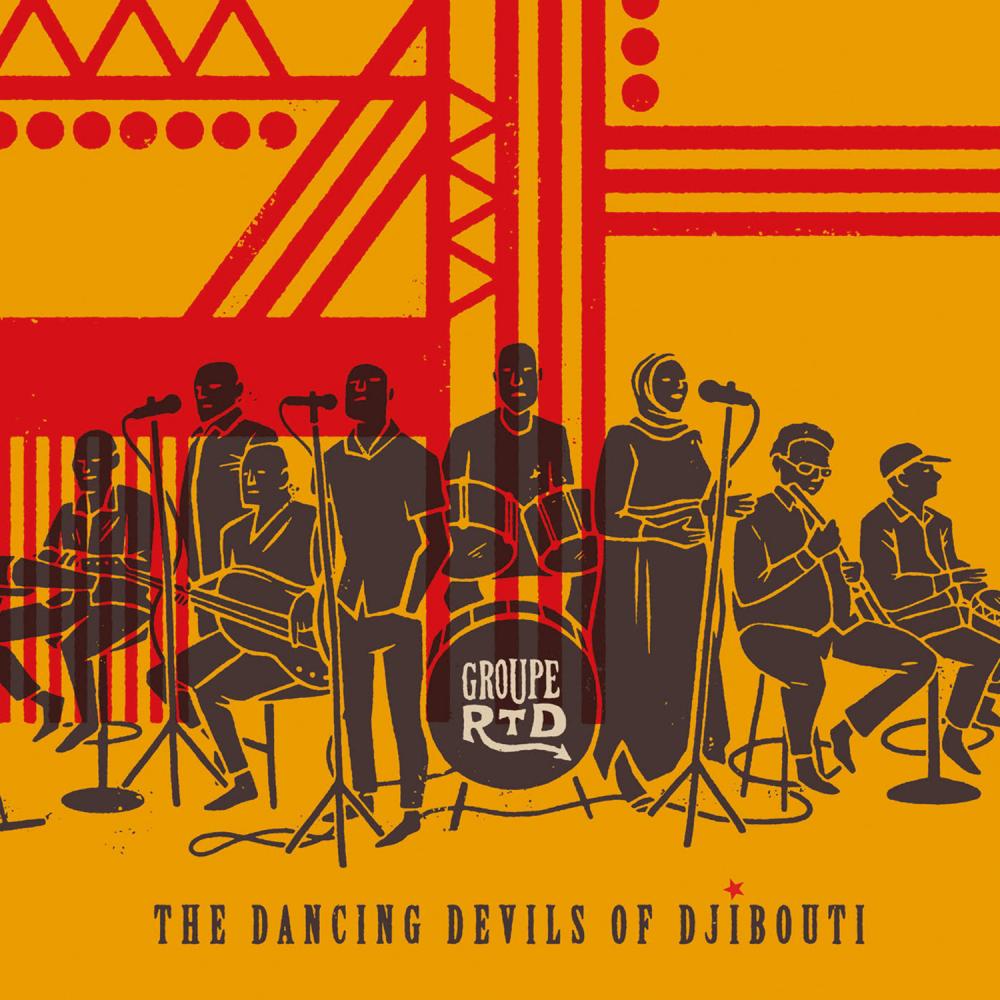 The group's veteran musicians, such as guitarist Abdirazak Hagi Sufi and saxophonist Mohamed Abdi Alto, are standouts on this album; the latter features on his own showcase, Alto's Interlude, supported by dreamy synths (think Farafisa and Ethiopia) and compelling guitar riffs.

Other standout tracks include the Bollywood inspired Uurkan Kaadonaya, the tropical synth inflected Kuusha Caarey, and the finale, a traditional Arabic song featuring group vocals and percussion (this one reminded me of religious dikir music found in Malaysia and Indonesia -- Djibouti like both these countries has a Muslim majority).

This is a historic album, the first international release from Djibouti, and the music on it confirms the many cultural influences that make Djibouti unique -- Arabic, East African, Indian Ocean, Indian, international genres like reggae and so on. In 2017 Ostinato brought us "Swinging Somalia" and prior to that Outhere Records released an album in 2012 of Eritrean music, Eritrea's Got Soul, by the Asmara All Stars.

This is a great album that presents an exciting musical culture hitherto unknown to international audiences -- top marks to Ostinato for their efforts in bringing these exciting sounds to music fans. We are left with the enticing prospect of a future compilation from the Djibouti music archives; let's hope the authorities are willing to join the party. Highly recommended.