Welcome back to space

With a phone in hand and a pre-recorded voice in our ears, we step down a half-turn staircase at the Bangkok Art and Culture Centre (BACC) towards the basement.

Once there, we are asked to take in the space, walk towards the middle of the room and look up. What we see is spiral upon spiral of the BACC above us. The voice then leads us back up another staircase and into a carpeted multi-purpose room on the ground floor and into the tiny little rooms and hallways within.

From these gentle instructions come our action and from that comes our awareness of the physical space, the people around us, the energy we expend and consume, and the things we have come to take for granted in a world so reliant and defined by technology. 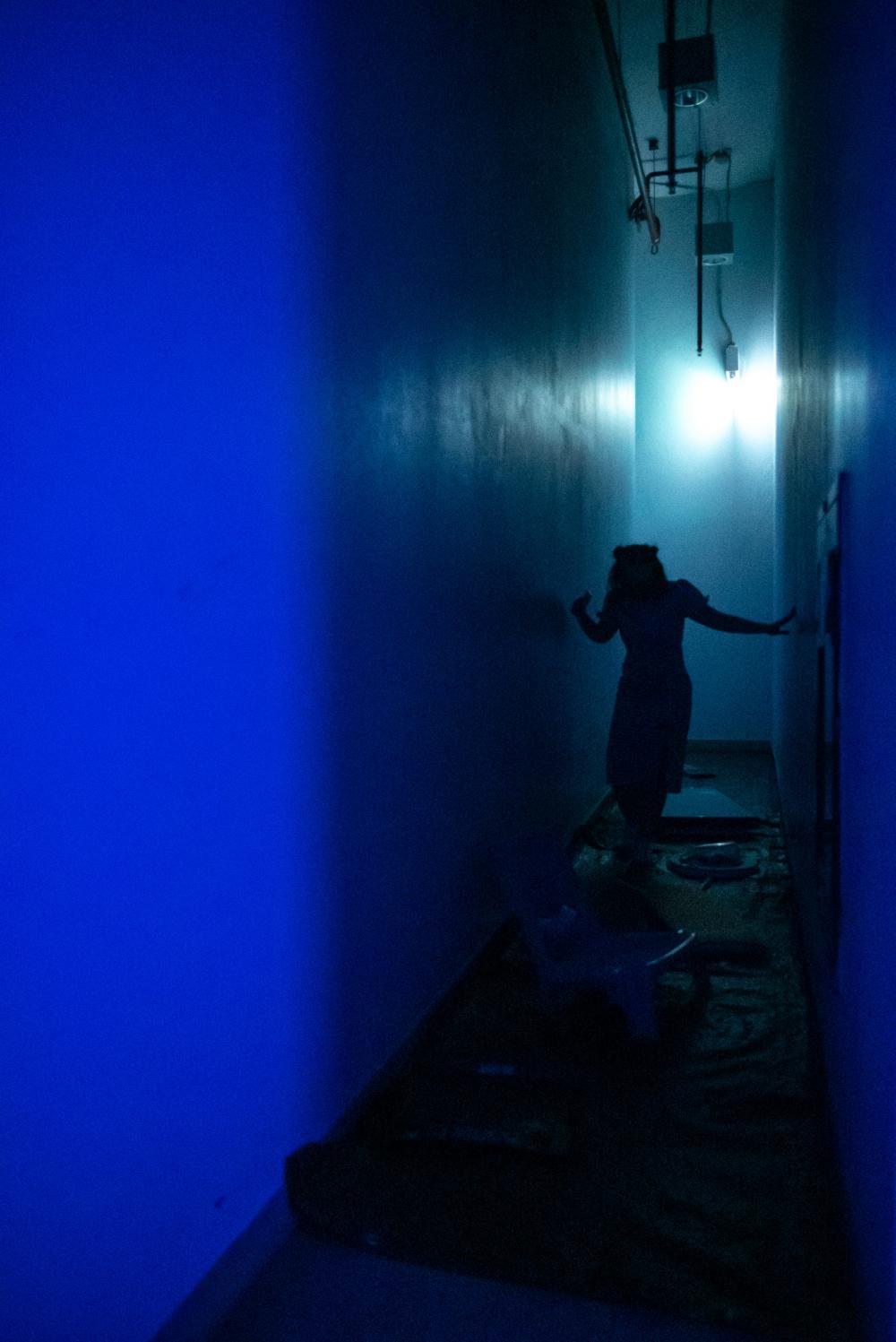 FULLFAT Theatre's Save For Later, which ran from July 17-19, was the first performance by a theatre company to take place offline after the government allowed cinemas and theatres to resume operation in June. It was created in conjunction with the BACC and with a grant from the Energy Regulatory Commission. Usually, shows funded by government agencies and NGOs are often artlessly didactic, however, Save For Later playwright-director Nophand Boonyai was able to find humanity and excavate poetry from environmental issues despite a few energy conservation slogans being slipped in. 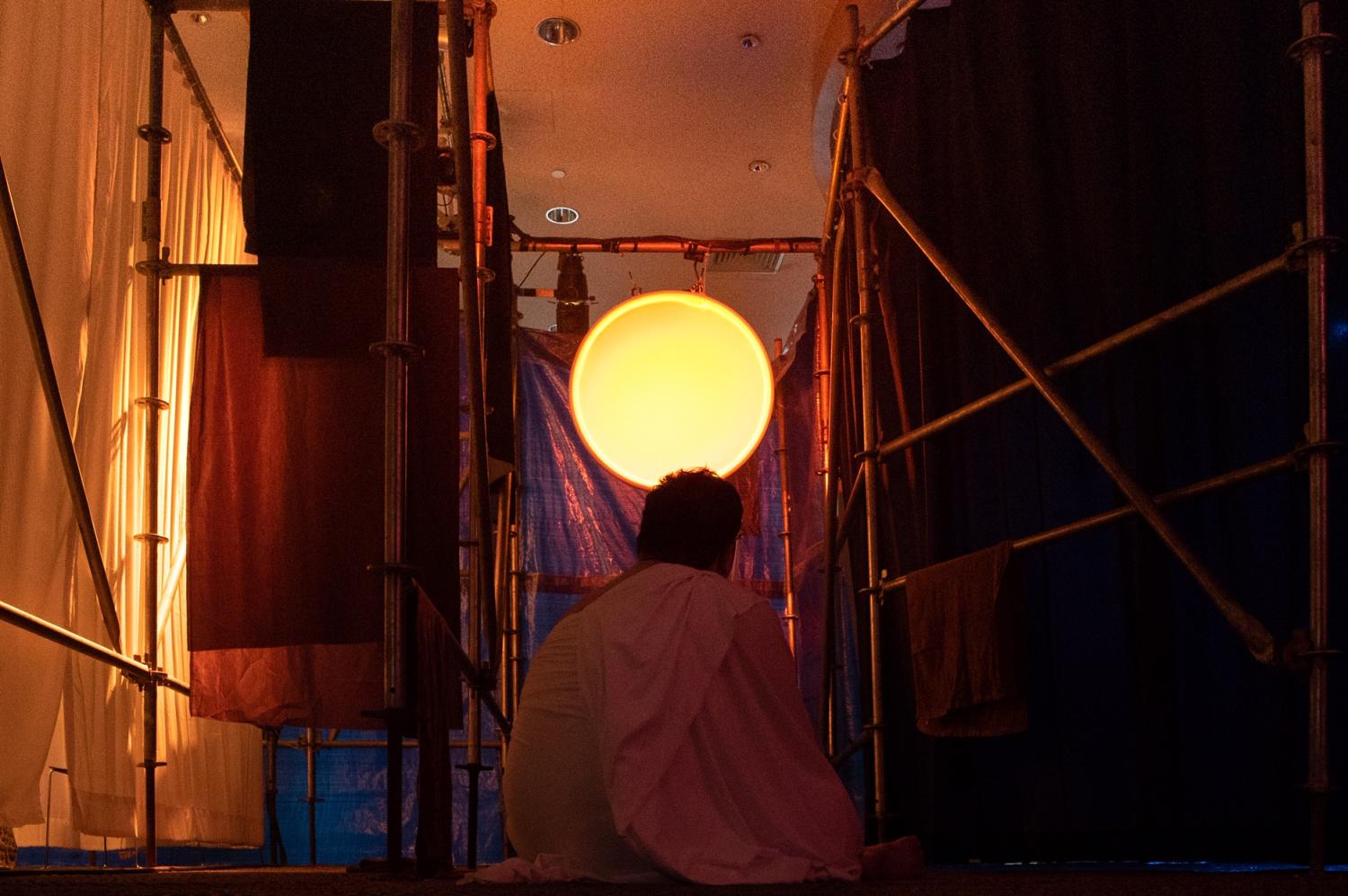 People who follow Nophand's work may have detected traces of his past productions: the storytelling style of one narrator and silent performers in The Many Lives Of Marie Grace and the urban melancholy and intimacy of Taxiradio. Save For Later is Nophand's continuation of his experiment with sound in space and the aesthetic of the voiceless body and the bodyless voice. This time, light (designed by Parnniti Seyayongka) came to play a more prominent role for creating mood and atmosphere. It will be interesting to see which direction Nophand goes next with light, sound and body in space. 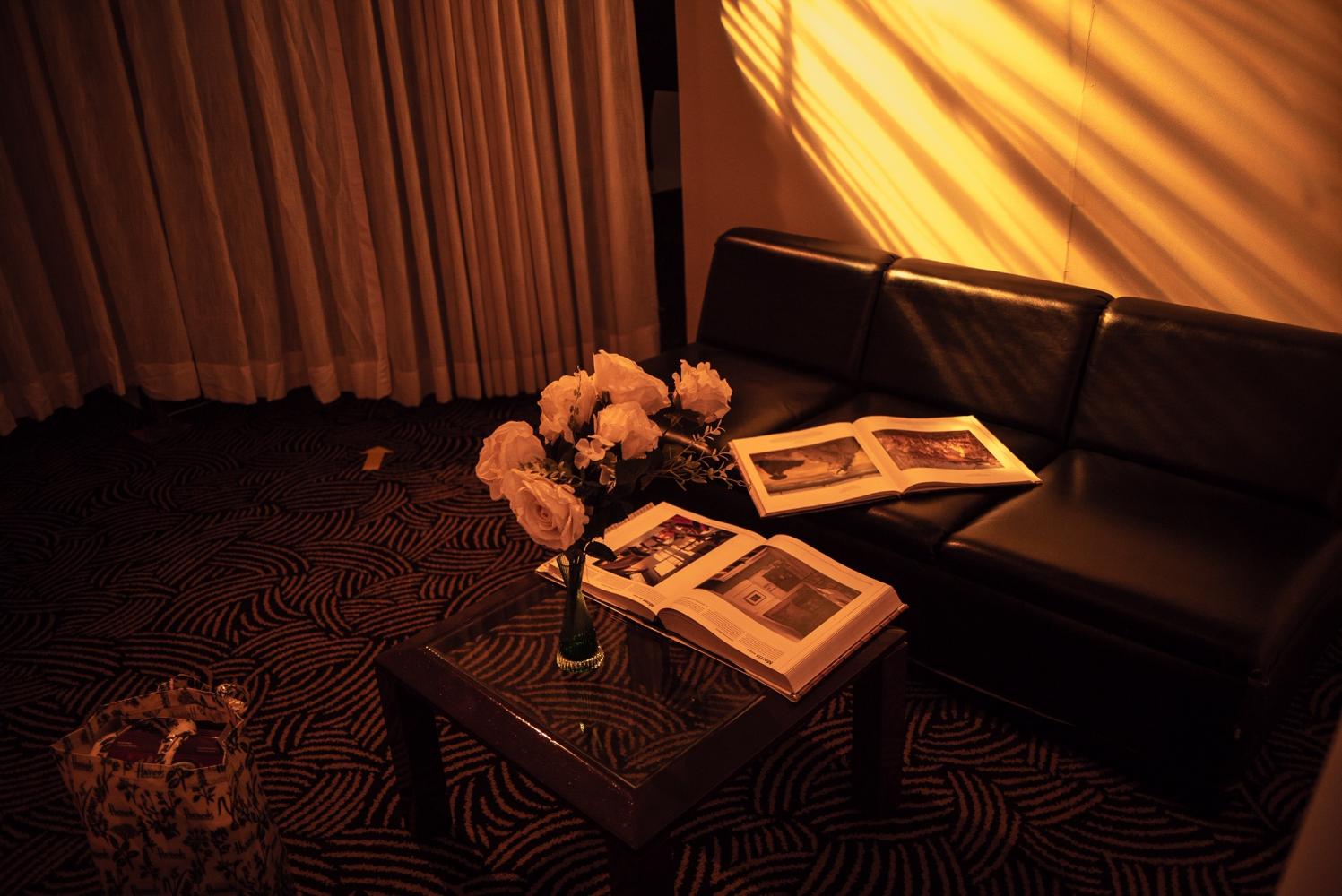 After months of consuming art online, Save For Later was a great way to get back into theatre. FULLFAT is known for staging performances in non-theatre spaces and using traditional performance locations in unconventional ways. Save For Later didn't plop us into a theatre seat and make us watch the onstage action, but it eased us back into the physical and public space and the experience of being with others. However, since it still had to respect social-distancing measures, it also sensitised us to the distance that remains between each of us by having the audience experience the performance individually with staggered start times. We didn't gather like we usually do for theatre but rather were present in the same space and journey.

I also couldn't help but notice the mental, psychological and emotional distance created through words spoken into our ears and images in front of us. Apart from instructing us to move from one space to another, the voice also told us stories in which we were the main character. As we moved through these spaces, we mentally transformed from one character to another: a housewife, an office worker, a parent at their daughter's wedding, a singleton on a date, all waiting for something or someone. We didn't need to act out a scene, but our presence, imagination and interaction with the performers helped complete each story. 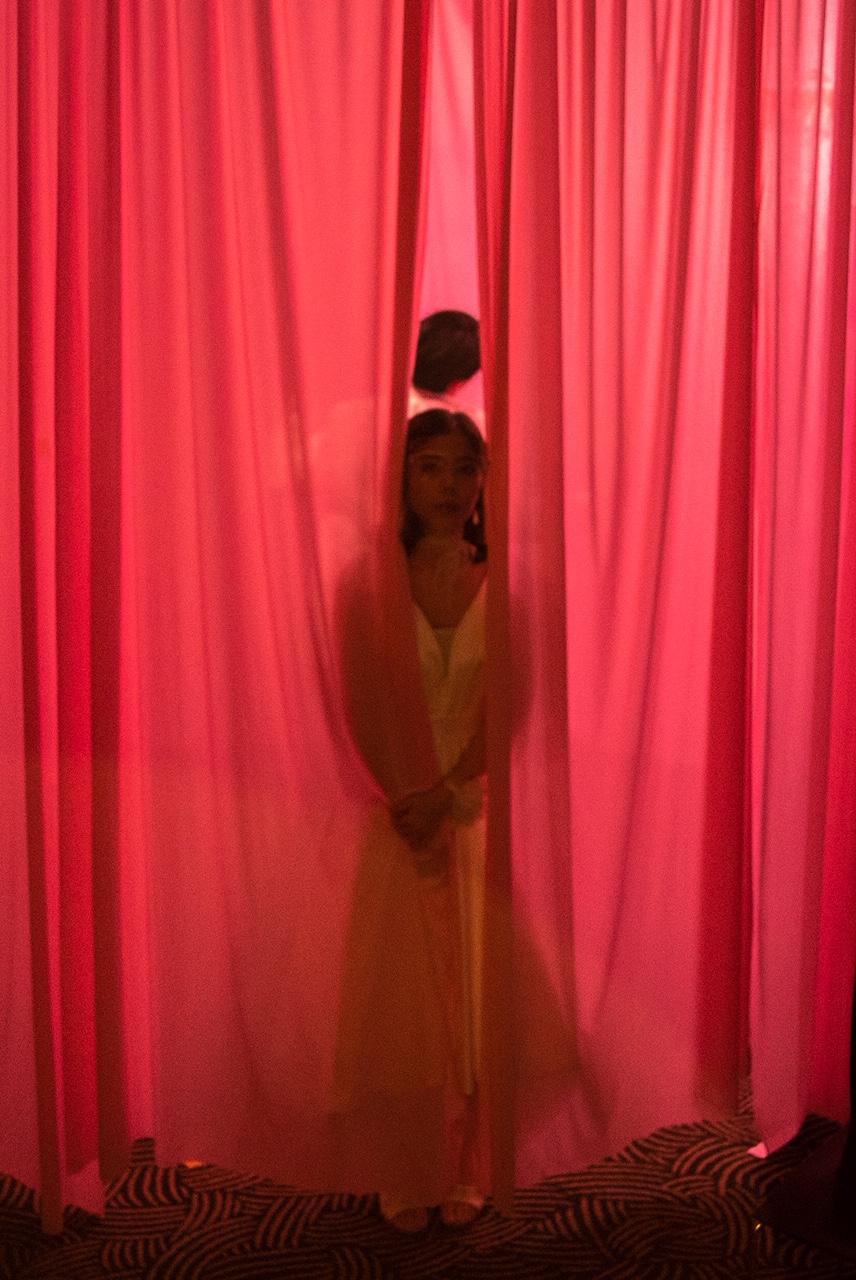 In Save For Later, we simultaneously experienced each story in first, second and third-person -- I in our body, you in the voice spoken into our ears, and she or he inside our imagination as fictional characters. We were both observers and participants in these stories. 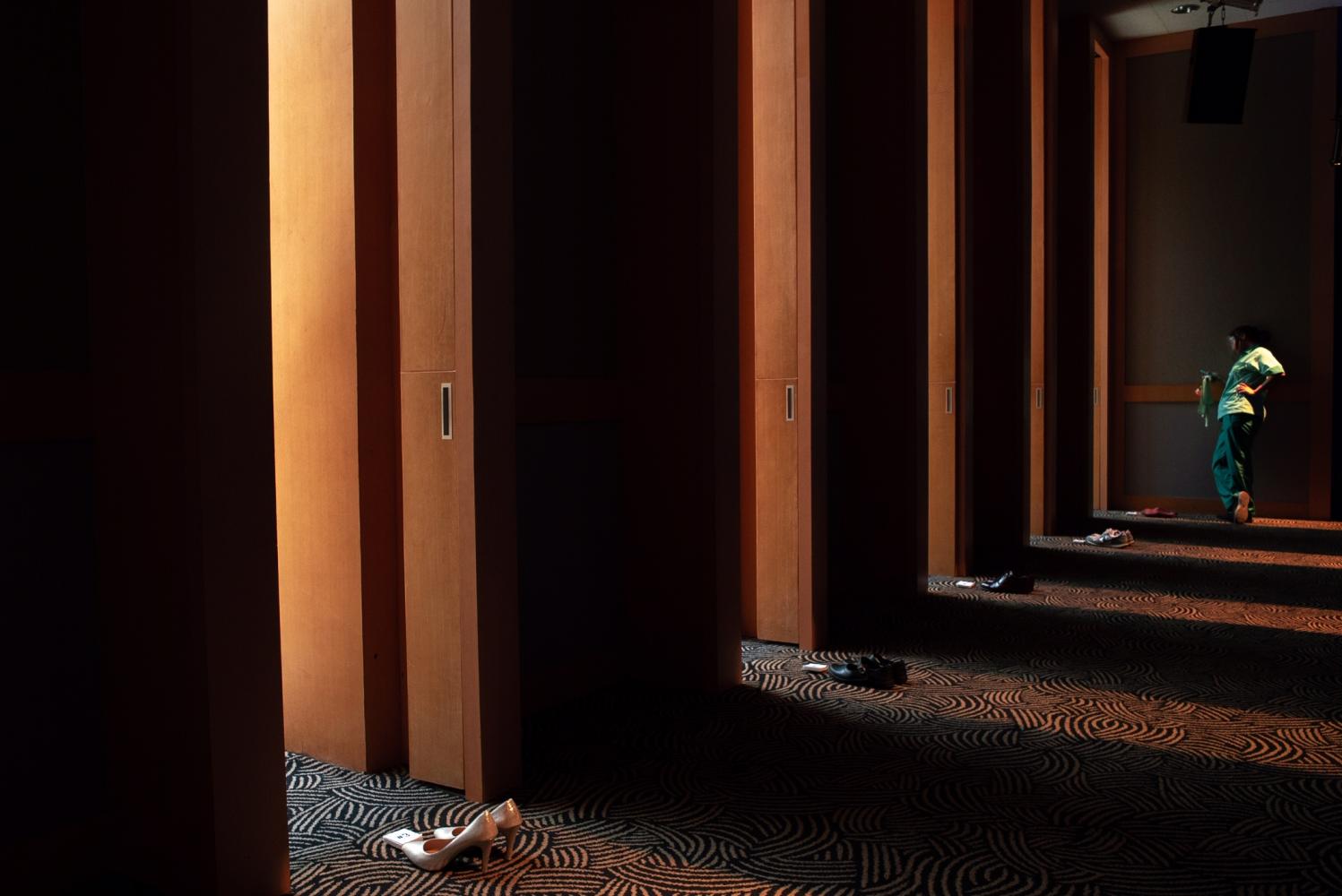 Save For Later also made us aware of the role digital technology plays in creating space and widening and narrowing distance in human relationships. The atmosphere, mood and meaning of the show depended entirely on us having a smartphone and internet connection. Although the voice led us from one place to another and into contact with other humans, it also acted like an invisible wall that separated us and the performers, who interacted with us voicelessly even as their mouths moved, creating a slight disconnect between them and the audience.

It was like listening to music on our headphones and drowning out the world around us and being home alone in front of our computer and speaking to a group of friends. 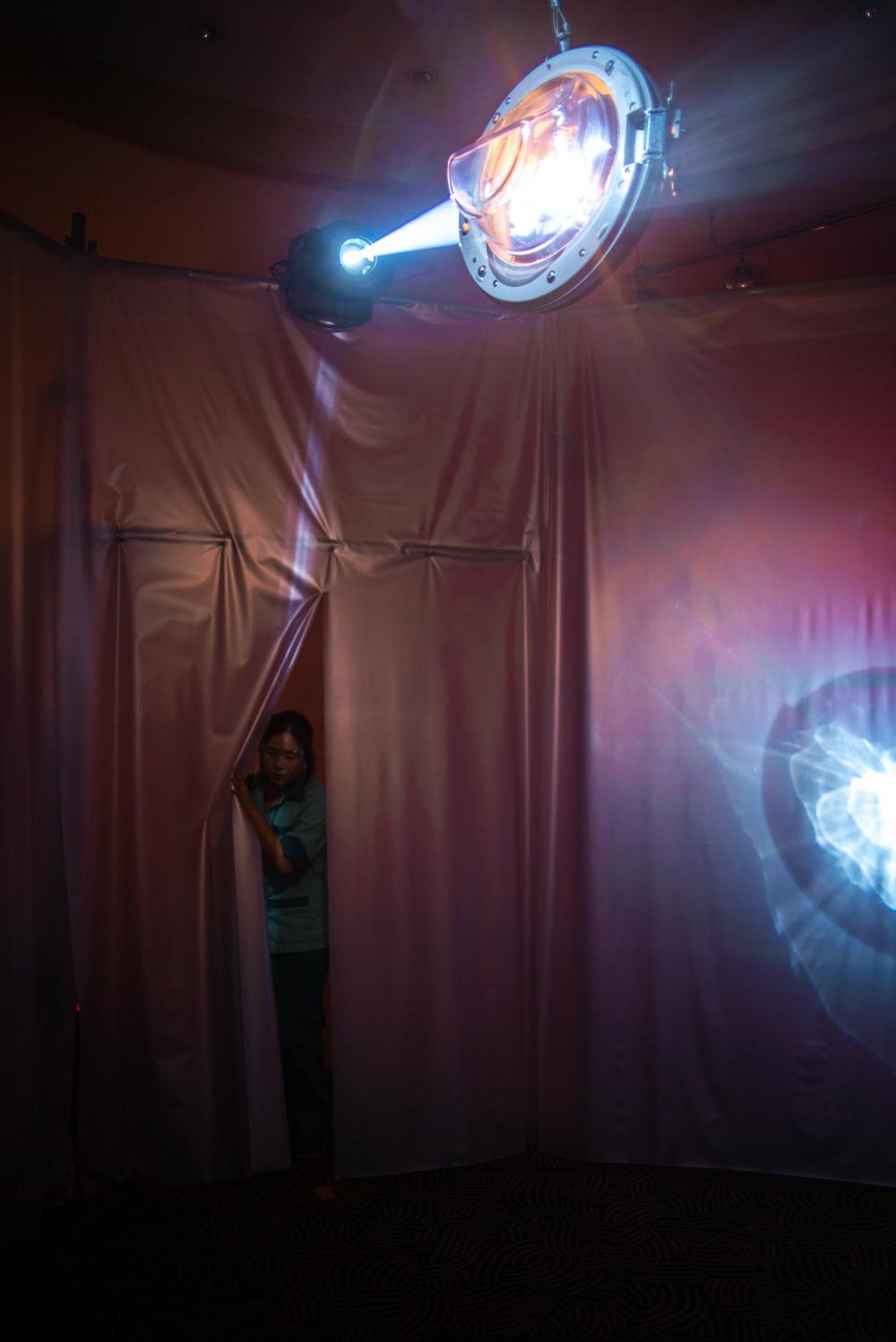 More artists will return to theatre in the coming months but in Save For Later, the ghosts of lockdown and isolation continued to follow us into the performance space.