One of the most translated books available in over 300 languages, The Little Prince is one of the world's bestselling novellas. Written by French author Antoine de Saint-Exupéry, The Little Prince tells the story of a prince who lives on an Asteroid called B 612 and travels to other planets where he meets and questions six different people -- a king, a conceited man, a tippler, a businessman, a lamplighter and a geographer, before arriving on Earth.

First published in the United States in 1943, The Little Prince is still a classic book for readers around the world since it raises questions about humankind and relationships. And to celebrate the 77th anniversary of the book this year, the Faculty of Sociology and Anthropology at Thammasat University (Rangsit campus) is currently holding an exhibition, "The Little Prince: Books, Collections And Cross-Cultural Dialogues", at its Museum of Anthropology.

"The Little Prince is a book that readers underline many phrases as they read because the book is full of witty and touching lines. Readers, especially the young ones, are moved by the story of human relationship. The young readers probably read about the little prince and the rose [which is a symbol of a woman] and think my beloved and I had this kind of misunderstanding. They might take their relationship for granted and later realised that their bond is special," Asst Prof Suddan Wisudthiluck, director of Thammasat Museum of Anthropology (TMA), said in explaining why The Little Prince is a timeless classic. 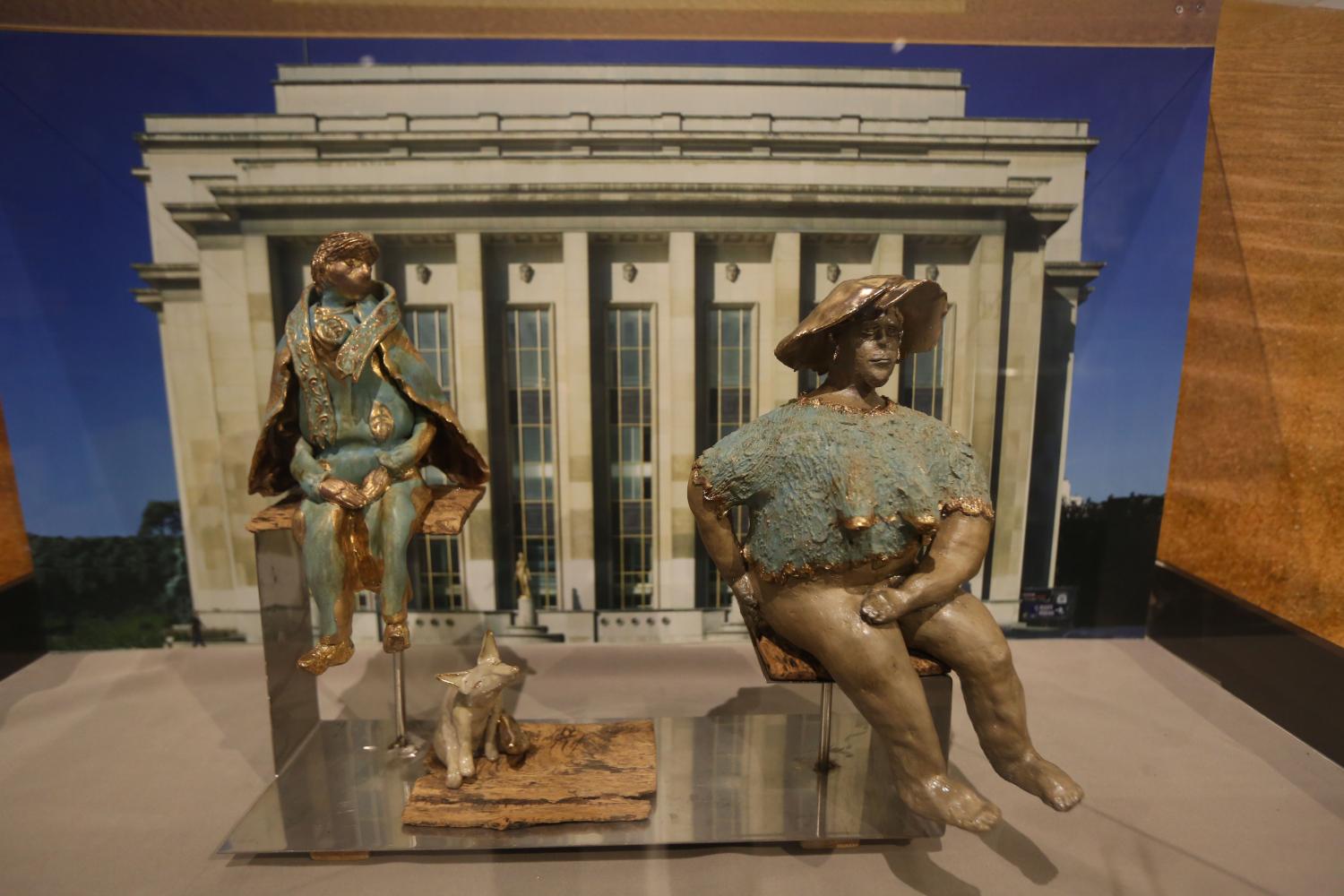 If the Little Prince met Sarah Baartman, what would they discuss?

At the exhibition, many items related to The Little Prince are displayed including editions in different languages, models of main characters such as the king, the rose and the fox, and merchandise with Little Prince illustrations. One part of the exhibition that can make visitors wonder is the story of a South African Khoikhoi woman, Sarah Baartman, who doesn't appear in the book. This story of Baartman, who was regarded a freak in the UK and France in the 19th century, is exhibited for a good reason.

To join the TMA in celebrating the 77th anniversary of the timeless classic, Life spoke to Suddan about the ideas behind "The Little Prince" exhibition and the relationship between the title character and Baartman. 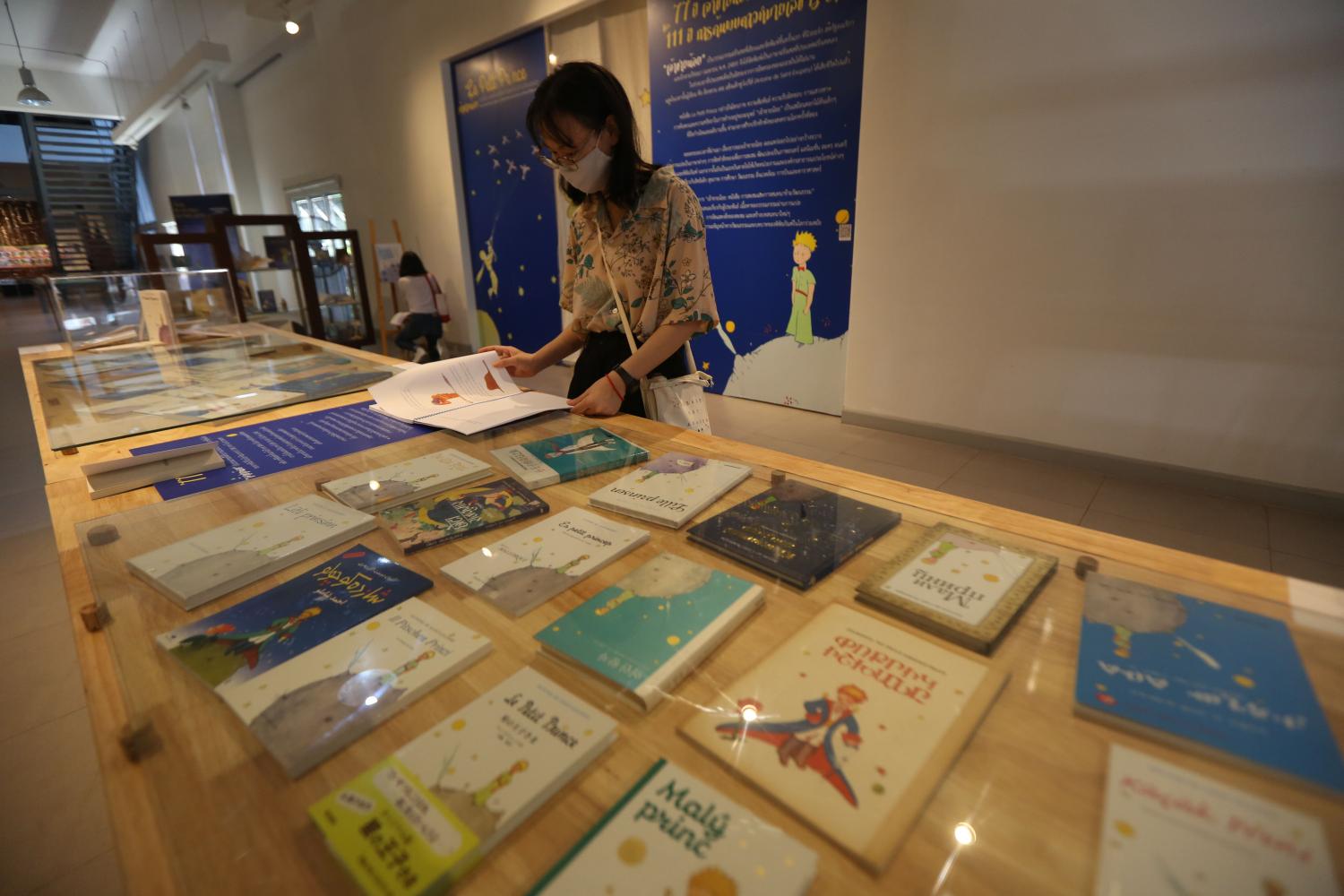 The Little Prince has been translated into 300 languages.

Why did you decide to hold an exhibition about The Little Prince?

The content of The Little Prince includes many interesting issues. There is an issue about differences between children and adults. Many people said the Little Prince is a child character, but the content is too complicated for young readers. Another issue is about opposites such as children versus adults, women versus men, and conquering countries versus their colonies.

Next to the Bible, The Little Prince is the most translated book -- more than 300 languages. Translating editions are intriguing and translators in different languages have different problems. For instance, how some cultures or some tribes that don't have a prince in their cultures translate the word prince and how some languages that don't have the word nonsense. At the exhibition, we gather many interesting editions including Morse code, Braille and the first Thai language edition in 1969. 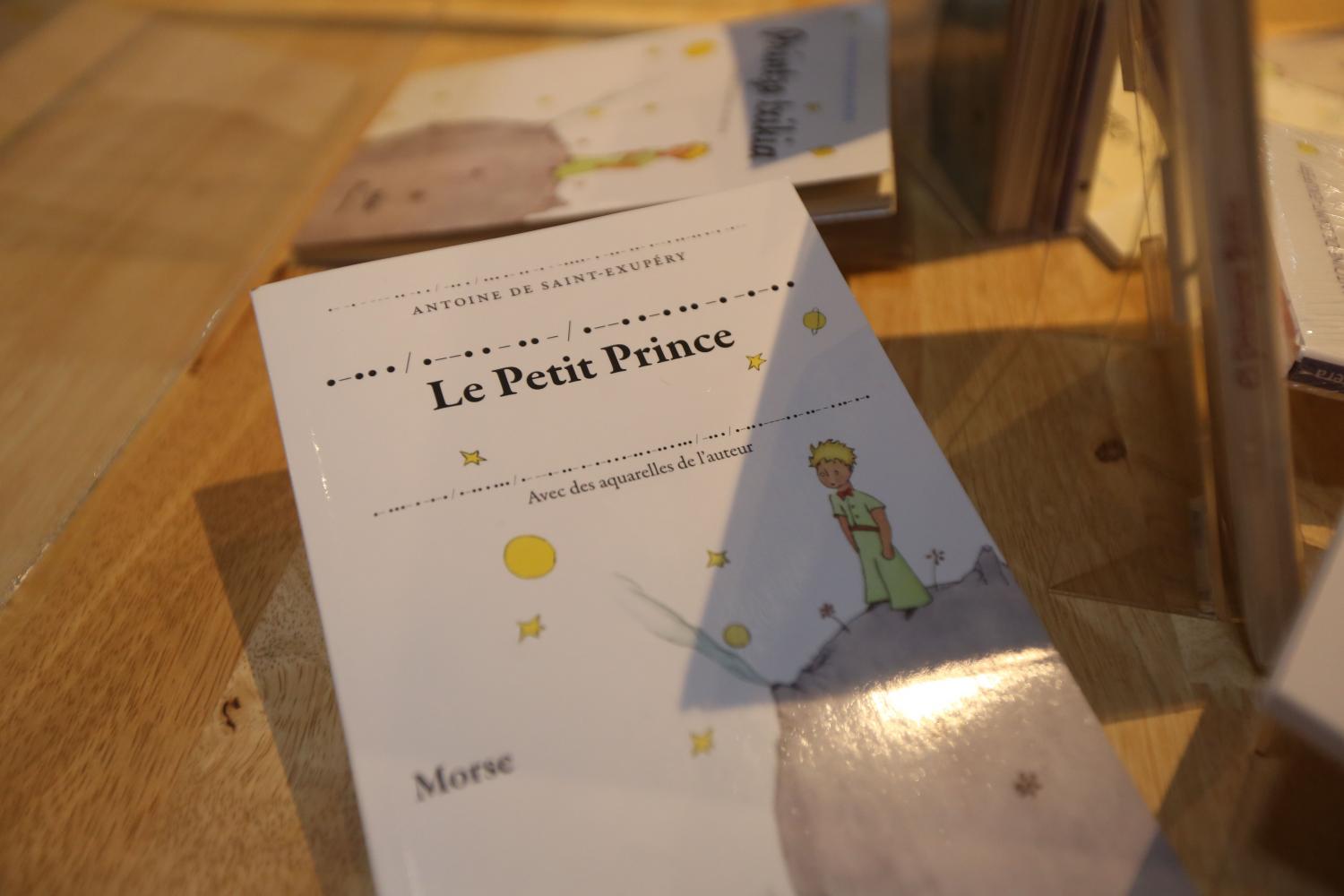 Why did you decide to have a translation in the Sukhothai dialect? 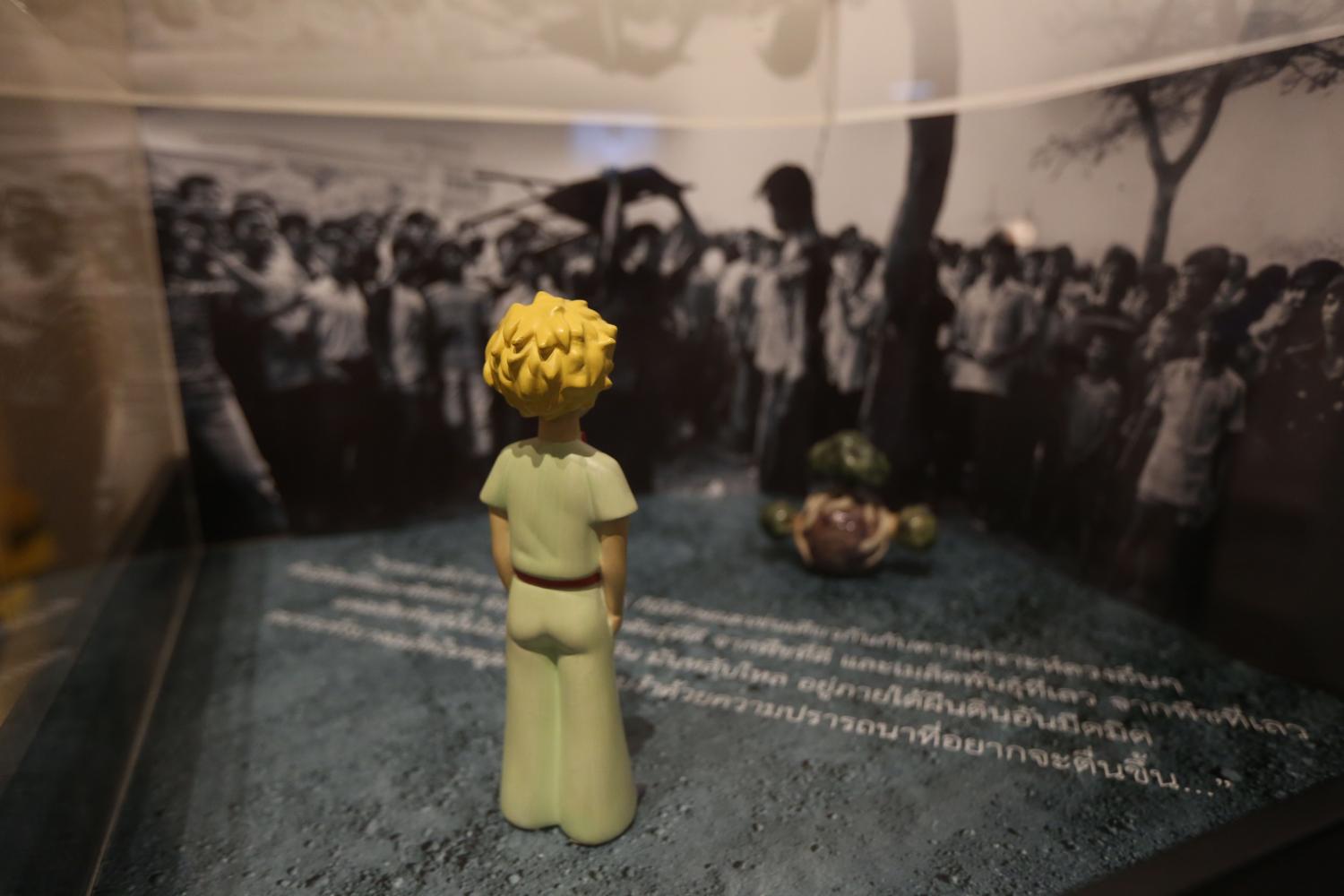 A display of the Little Prince observing the Thammasat University massacre on Oct 6, 1976.

Why did you include the story of Baartman in the exhibition?

In the faculty of sociology and anthropology, we think about differences of languages and cultures of people in the world. The Little Prince is a significant novella that reflects problems with these differences. I saw someone post a question on the internet, 'I'm wondering if Antoine de Saint-Exupéry sees the display of Baartman in the museum, will he pose many questions about her? And if the little prince meets Baartman, what will they discuss?'.

Baartman died in 1815 before Saint-Exupéry was born in 1944. But Saint-Exupéry probably saw an exhibition about Baartman at the Museum of Man in France. During the colonisation era, Baartman was taken from South Africa and sold to the UK, where she became part of a freak show because of her large hips. She was called 'Hottentot Venus' and later sold to France for a similar kind of show. After she died, a naturalist and zoologist, Georges Cuvier brought her body to study connections between humans and monkeys and some parts of her body were exhibited at the Museum of Man for many years. We brought up this issue because The Little Prince is a beautiful story about humankind, but what France did to a human like Baartman is discrimination. Saint-Exupéry was a pilot who travelled to many places. 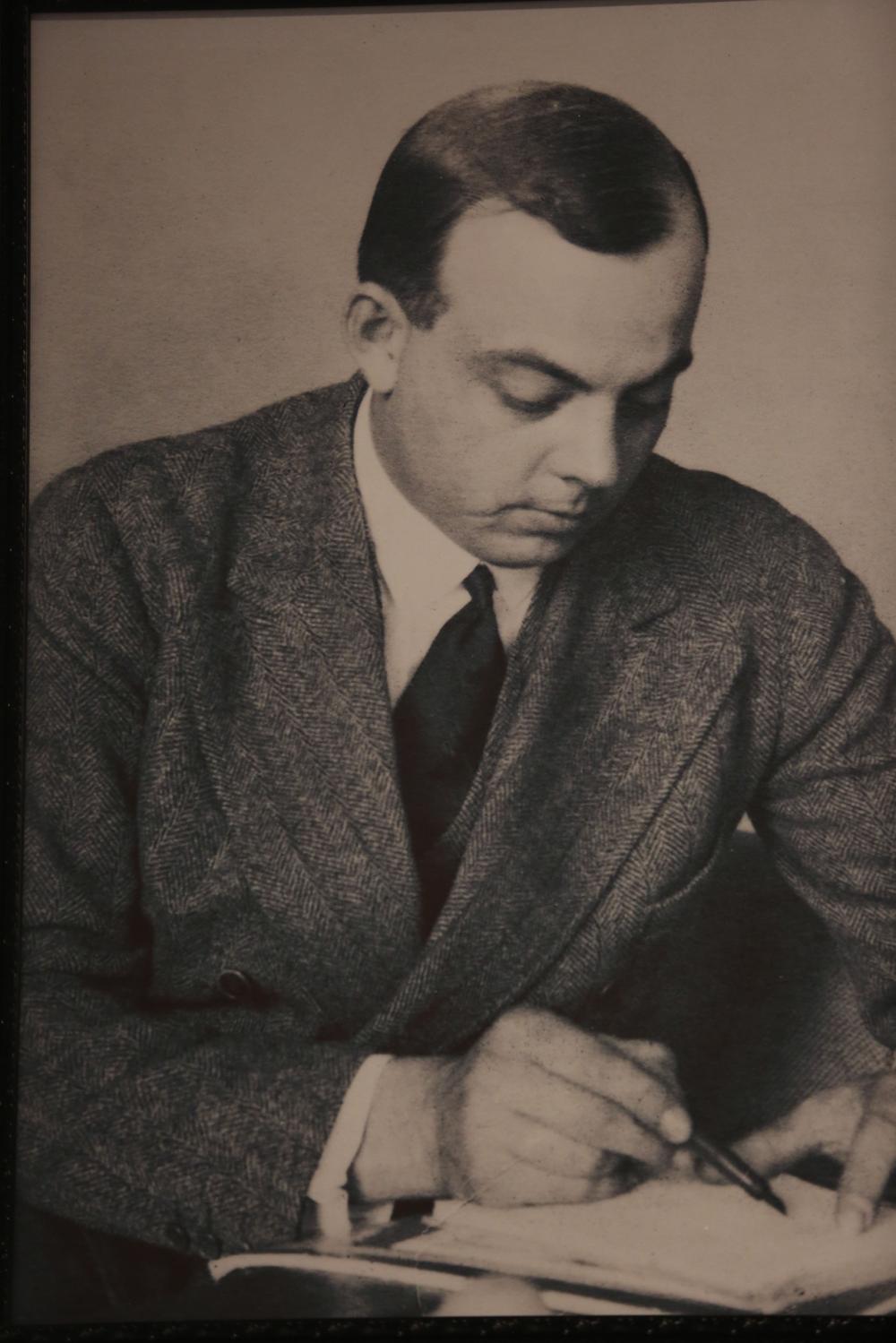 Can you tell us more about the idea behind the display of the Little Prince at the Thammasat University massacre [Oct 6, 1976]?

There are quotes in the book, 'There are good seeds for good plants and bad seeds for bad plants'. And, 'A baobab is something you will never, never be able to get rid of, if you attend to it too late'.

I want to question the Little Prince while he is looking at the Thammasat University massacre. According to The Little Prince, we have to pay attention to the baobab because if we let them grow, the asteroid B 612 will explode. In our society, we shouldn't neglect situations happening around us. If people smile while killing others and we ignore it, it is like society letting a bad plant grow until it becomes a problem that can't be solved. 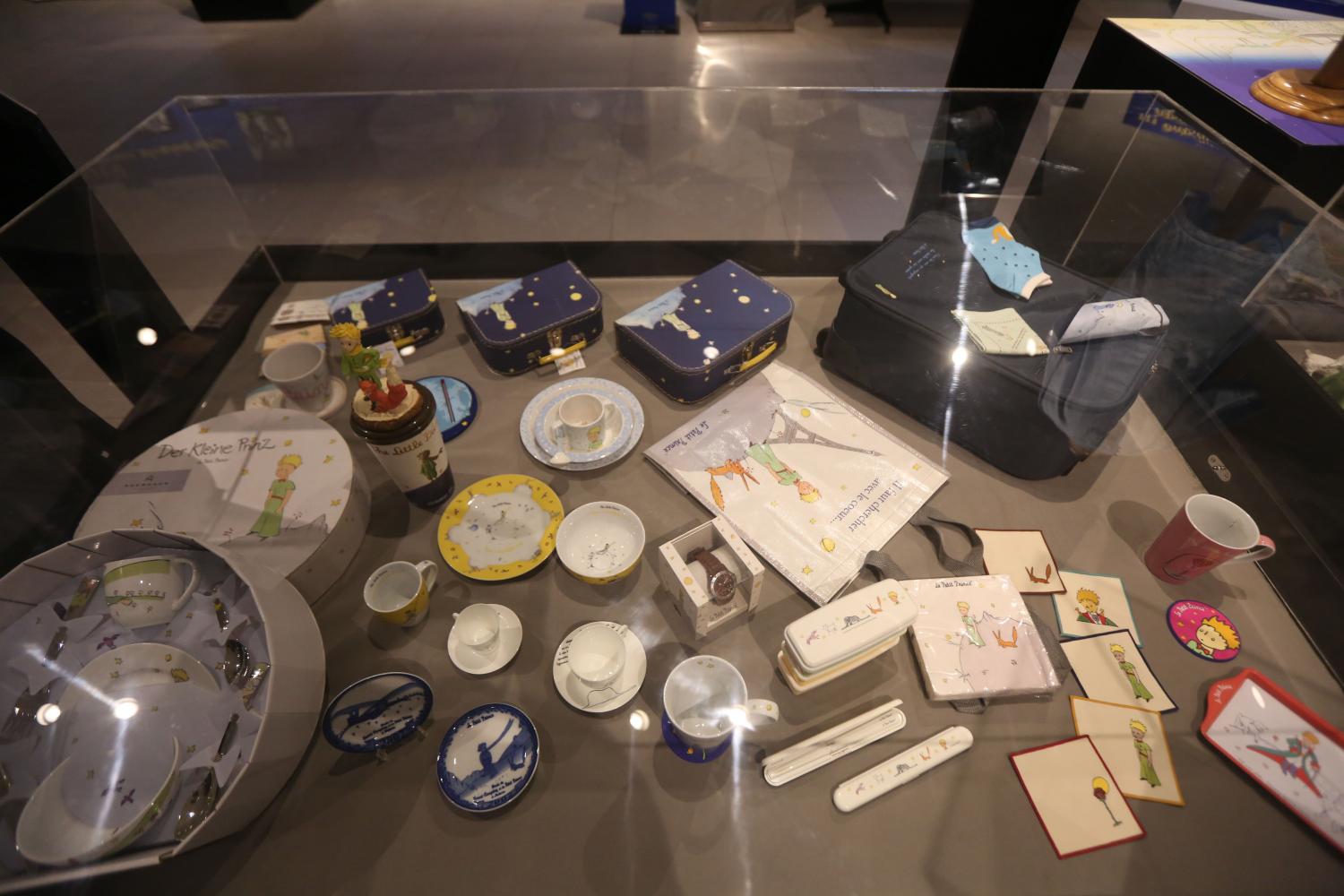 Merchandise related to The Little Prince.

Why do you think posing questions is important?

The Little Prince questions many people. He asked a king about justice and ruling over the kingdom and questioned a businessman about ownership. However, most of his questions affect a lot of general people. It is about the child and the adult in ourselves. The book is famous and powerful because its questions remind adults about their childhoods. The main question that can shake readers is do we treat our boyfriend/girlfriend nicely enough? A fox points out to the little prince that among many roses, this rose is important and we have to have responsibility for our relationships.