Mai Wongsawasdi worked hard to be where she is today. Despite being a graduate of a prestigious high school and with a bachelor's degree in film and television from the London College of Communication in hand, Mai suffered from depression and anxiety for years due to high expectations from her family. She was pushed to study very hard so she could enter one of the top high schools in the country. However, she later found comfort when she went to study in London for her undergraduate degree. After five years of freedom, she returned home and became frustrated in her work and private life.

"I'm the youngest child in the family. My parents and my former babysitter never saw how I took care of myself in the UK. They still treated me like I was a child. Also, my parents expected me to have a stable career, however, unlike the UK, the film industry in Thailand is very small. It took me a long time to become settled and successful in the field," said Mai.

To relieve some of her frustrations, Mai turned to various forms of art, including oil and acrylic painting, embroidery on canvas, pottery, photography, playing the piano, and flower arrangement.

"I wanted to manage my misery in a creative and positive way. Before I began painting, I wrote in my diary when I felt upset. However, when I reread the diary again, I became distressed because I saw so many hurtful messages. However, painting is different from writing a diary. Whether I was feeling sad or confused, the paintings I worked on came out beautifully and I was always happy to see them again. My first piece was an oil painting. I have never taken any painting classes. Instead, I just bought oil paint and started mixing colours on the tray. I felt calm and liked the sticky texture of oil painting a lot," Mai explained.

From her first painting in 2017, Mai has worked on several types of media. Her artwork is currently on display at "Flow", which is described by Mai as an exhibition of therapeutic processes and other joyful moments.

"According to Hungarian-American psychologist Mihaly Csikszentmihalyi, 'flow is the state in which people are so involved in an activity that nothing else seems to matter'. To concentrate on one thing is great because you can observe the beauty of the moment, which means I focus on the process, not the outcome. For example, I enjoy seeing the spinning of a pottery wheel or mixing of colours rather than the finished product itself," said Mai. 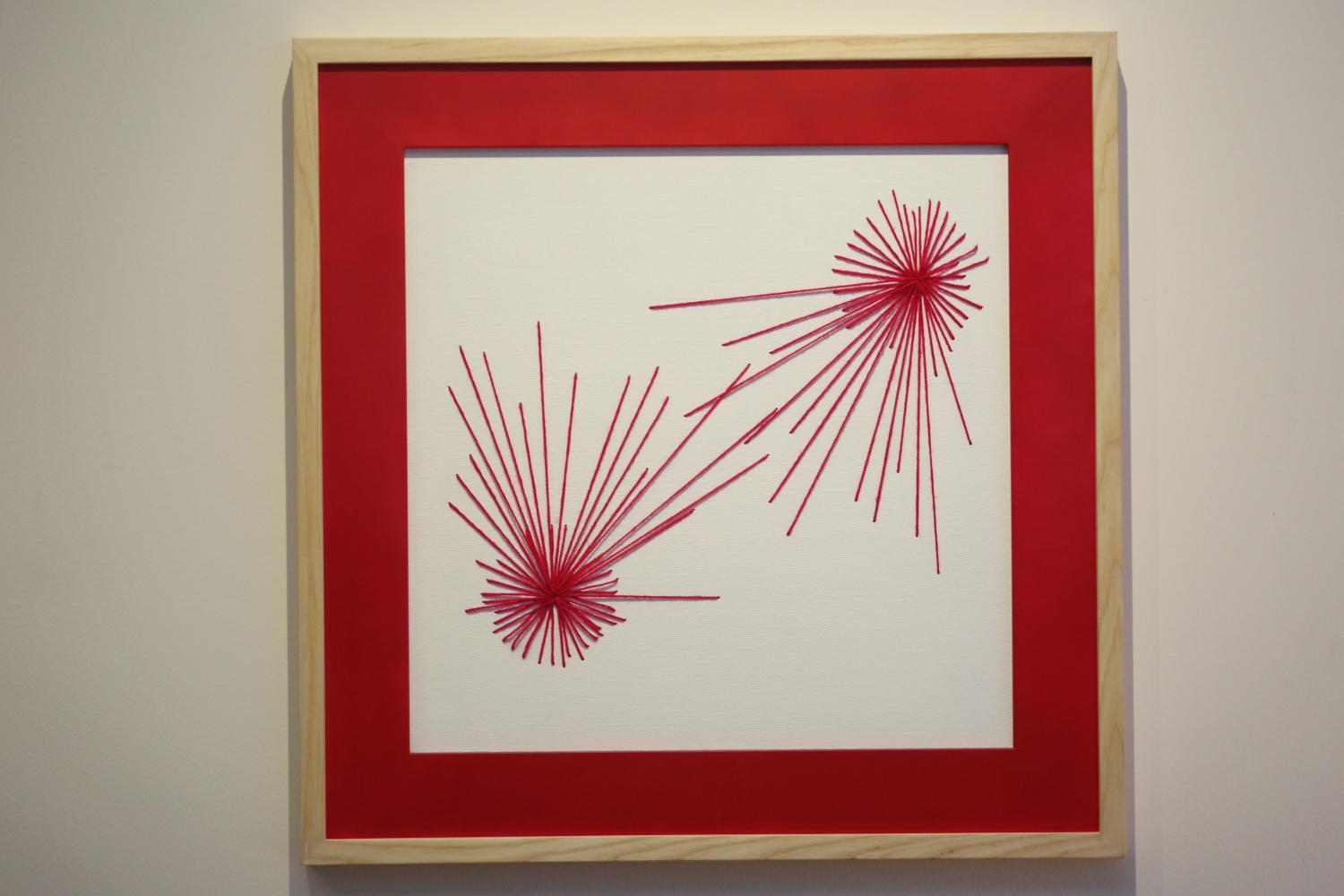 To support herself financially and to prove that she was self-sufficient, Mai worked several types of job such as in advertising, film and event organisation. This year, the 25-year-old rookie artist had planned to return to London to pursue her master's in creative art and mental health but due to Covid-19, she had to put her plan on hold and instead decided to study management at Sasin Graduate Institute of Business Administration. Mai found that working on embroidery on canvas before attending a maths class helped her focus.

"I recently discovered that I like to embroider on canvas in the morning because it helps clear my head before going to a maths class in the afternoon. If my mind is chaotic, the lecture goes in one ear and out the other. However, embroidering helps me become calm and keeps me focused on the present," explained Mai.

"At the exhibition, there are three embroideries on canvas with red thread named Akai -- Ito (Red -- Thread). The red thread title was inspired by a Japanese myth in which it is believed that two people are connected by an invisible red cord. For me, the red thread represents relationships, which are something personal. It may look great on the outside as the front of Akai -- Ito, but it may actually be complicated like the chaotic thread at the back of the embroidery," added Mai.

Because her depression and anxiety during high school caused insomnia, Mai went to see a psychiatrist and had to take medication for more than a year. Though she is now cured and has stopped taking the pills, she still visits her psychiatrist regularly. 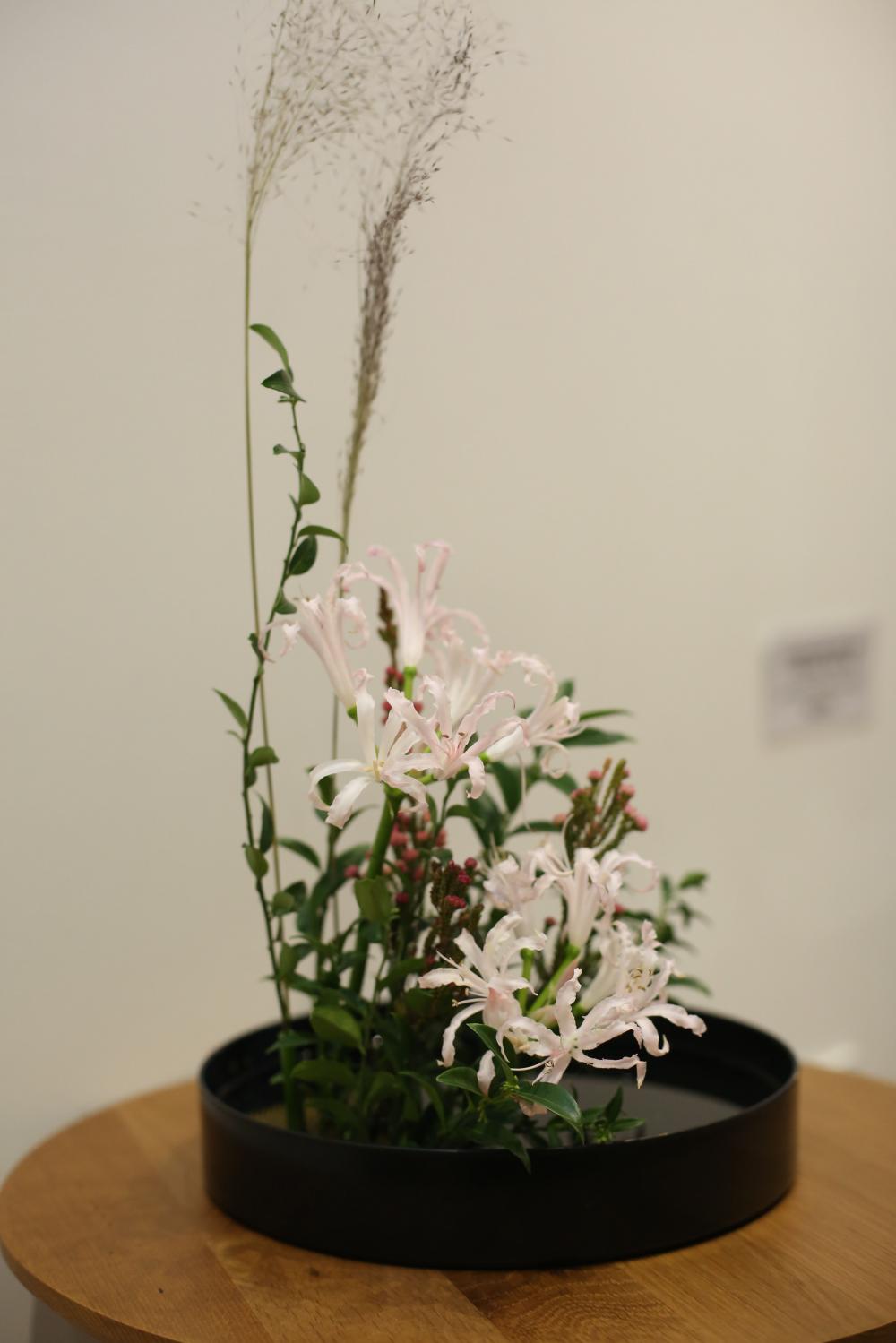 "I needed solid advice, so I went to see the psychiatrist and got better after a year-and-a-half, however, I still go to see him once a month because he really listens to me without judging. He also encourages me to use art as therapy. He said I have a lot of things going on in my head, so I should release them by writing a diary, speaking to a voice recorder, creating art or playing sports. These methods help me to stay focused on myself. If I don't do any of these activities, my energy will drain and it will be a waste," she said.

Art therapy may help Mai to heal herself but it might not be the case for everyone.

"Art therapy isn't a magical pill that can make you happy right away, however, it does help you stay in the present. You should focus on what is in front of you. While you are allowed to think about the past and the future, don't let it ruin the moment that you have right now because what matters is the now. Make sure you do whatever you want to fulfil yourself, so you won't regret when you look back," Mai explained.

In addition to staying focused on the present, Mai hopes the exhibition will encourage visitors to share experiences about their flows.

"I wish to meet visitors and have conversations about their flows or the things they like and enjoy. Everyone has different flows and it doesn't always have to be art. It can be things like playing golf, gardening, walking or meditation. If we all figure out what our flow is, we will be happier. My friend decided to do flower arrangements after she saw mine on Instagram. She later told me that she felt great about it. I have realised that I like art and I will continue to work on it even though I am studying management," concluded Mai. 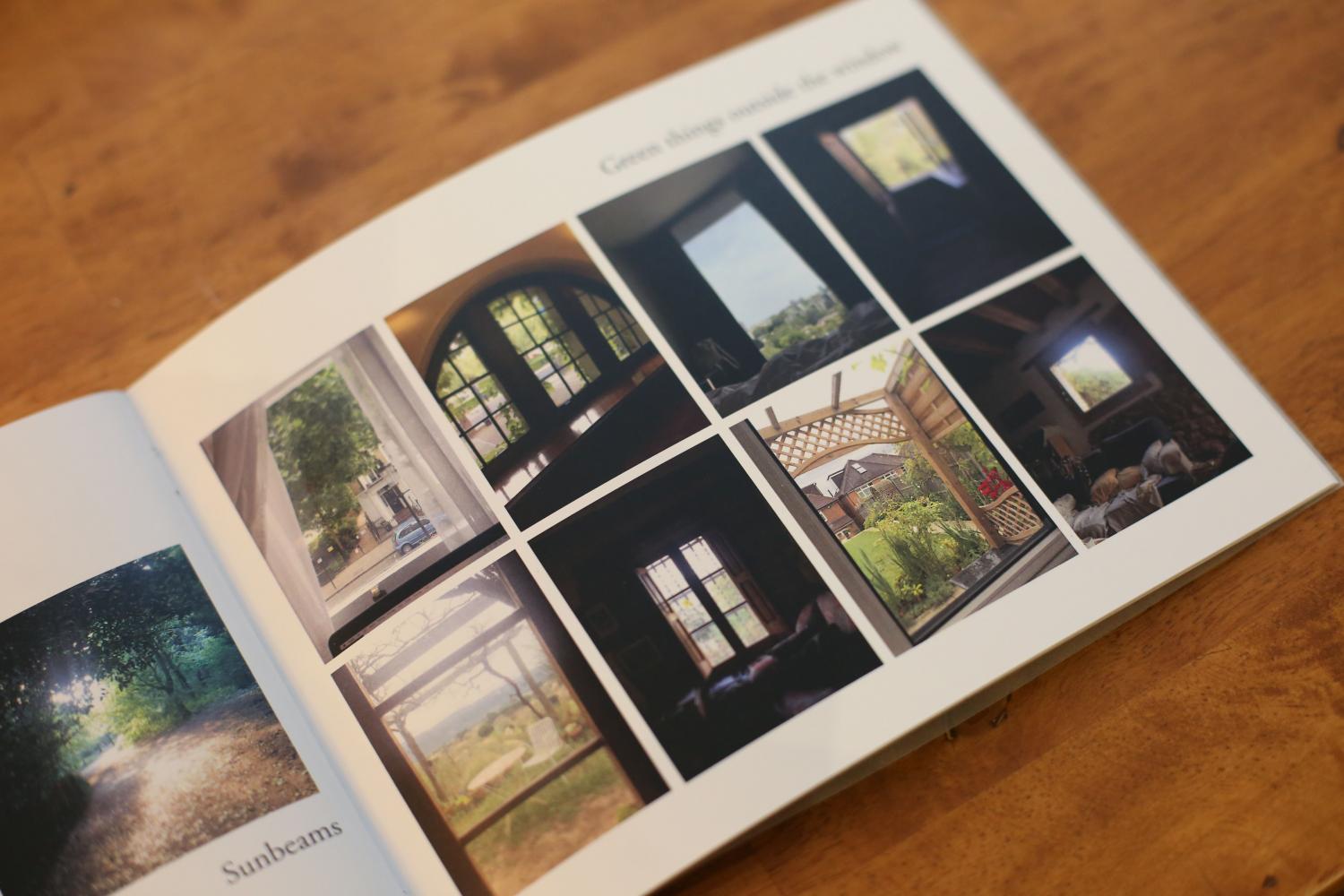 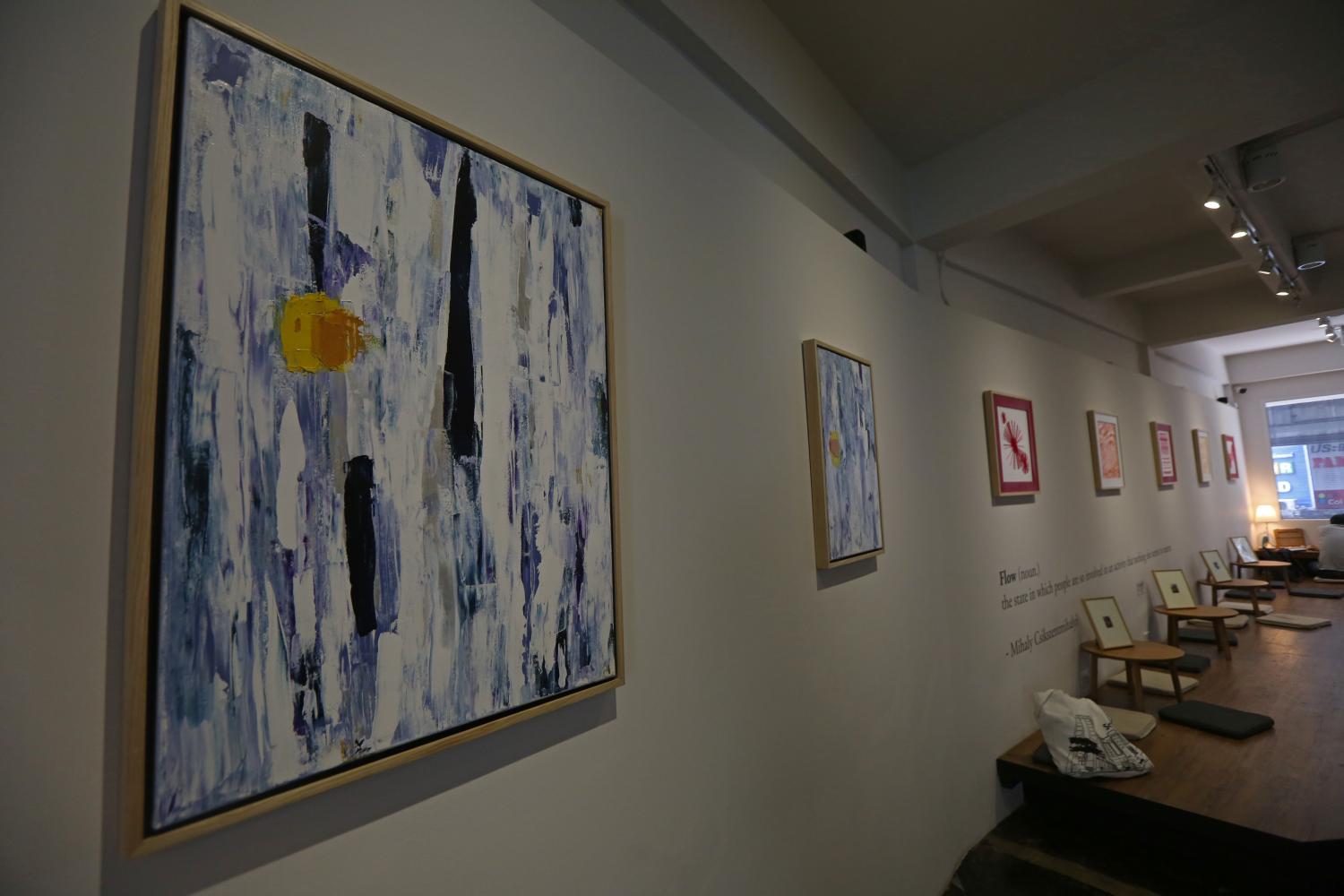 'Flow' is being displayed at the living room of Palette Artspace.