The Embassy of Italy is hosting "Italian Film Festival Bangkok 2020", which will screen 12 feature films at House Samyan, 5th floor of Samyan Mitrtown, Rama IV Road, from Saturday until Oct 25.

A selection of seven newly-released films will be featured in the "Contemporary Film Program", which will be screened in the afternoons at House 3 Theatre on Saturday and Sunday and again on Oct 24-25, three screenings per day, with English subtitles.

The programme includes the Thai premiere of the critically-acclaimed Pinocchio by Matteo Garrone, presented in its original version with Thai and English subtitles. Following the premiere, the film will be released in cinemas nationwide at the end of this month.

The other six films are Domino Effect, a drama directed by Alessandro Rossetto; Simple Women, a comedy by Chiara Malta; The Disappearance Of My Mother, a documentary by Beniamino Barrese; Martin Eden, an experimental drama by Pietro Marcello; The Guest, a comedy by Duccio Chiarini; and Blue Kids, a drama by Andrea Tagliaferri.

As this year also marks the centenary of the birth of Italian film director Federico Fellini, who has been recognised as one of the greatest and most influential filmmakers of all time, the festival is organising the "Fellini Programme", which will present five additional movies that focus on the late filmmaker's productions in the 1960s with his most intimate works related to the discovery of psychoanalysis. 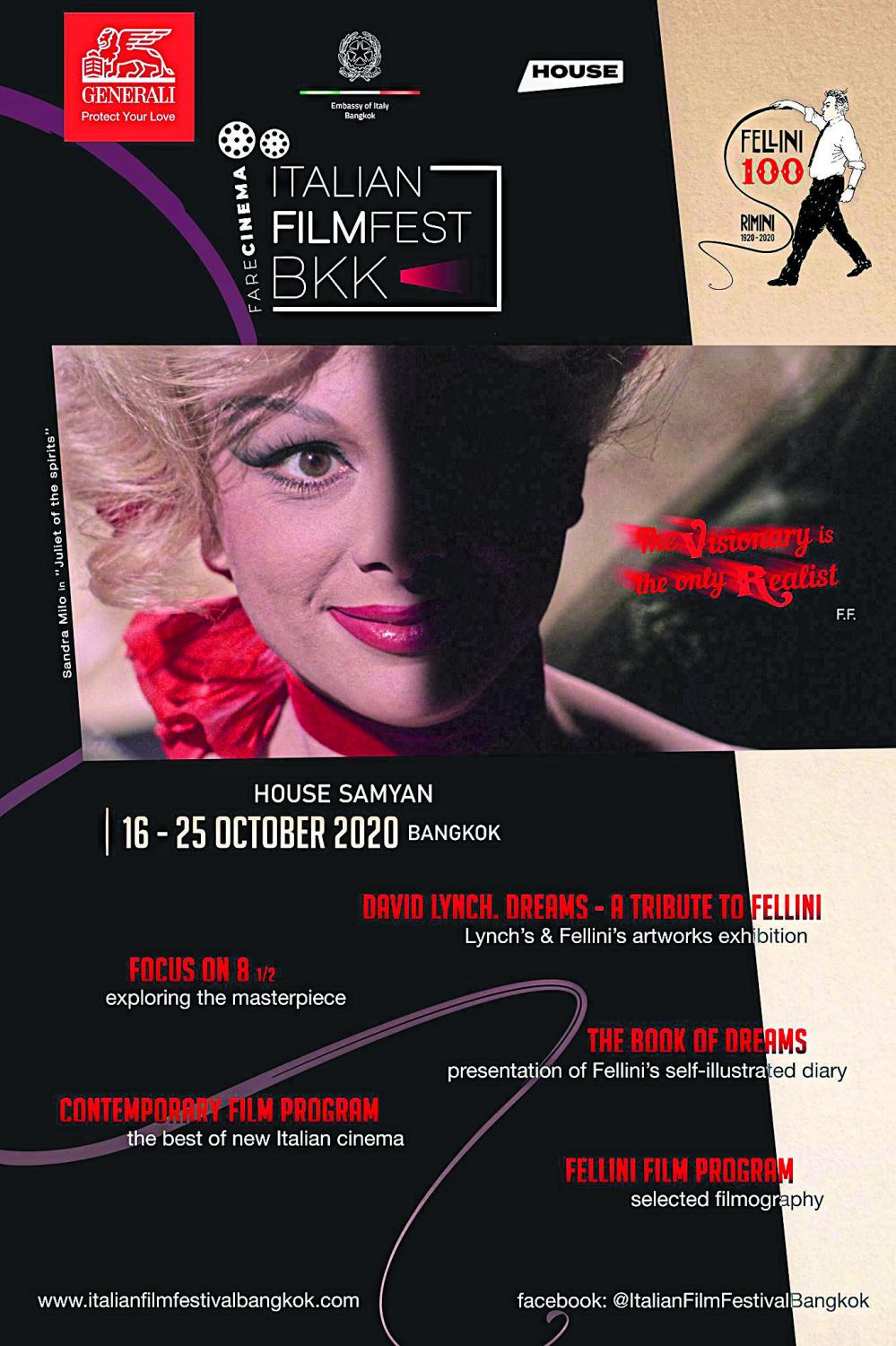 This programme also includes "Focus On 8½", a session of cross-media analysis of one of the most iconic works by Fellini on Oct 21 at 5pm; a presentation of Fellini's diary, The Book Of Dreams, where he recorded accurately his dreams in drawings on Oct 23 at 6pm; and a presentation of Soi Tanakan, a short film by Maurizio Mistretta on Oct 24 at 5.30pm.

Meanwhile, House Samyan is also hosting an art exhibition titled "David Lynch. Dreams – A Tribute To Fellini" from tomorrow until Nov 9. It features 11 original lithographs created by American filmmaker Lynch to pay homage to the last scene of Fellini's movie 8½, with 12 drawings chosen by Lynch from the collection of the Fellini Foundation in Sion, Switzerland.

Tickets for the 12 feature films cost 160 baht each (140 baht for members and 120 baht for students) and are available at House Samyan box office and via housesamyan.com.