Hysteria, the nervous condition, derives from the Greek root hysteria for uterus, and was originally thought to be caused by a dysfunction of the womb. The term has a controversial history as it was formerly regarded as a disease specific to women.

"I have been thinking of this exhibition for several months. I was doing a research for my own work (as an artist) about the hysteria illness, and when I saw that the etymology of the word hysteria came from uterus, I thought it would be a humorous title for a woman group show. For a long time, I wanted to propose an all-female exhibition showing something different: strength, humour and gender equality," says Myrtille Tibayrenc, curator and director of the Toot Yung Art Center, of the exhibition "Hysteria", which opens tomorrow at the centre.

The sentence 'There is a male in female' conveys a direct visual message with the hidden word 'male' in the word 'female'. I want to contradict the opposition between male and female for the audience to see that in every female there is a male. Thus, every time a male objectifies a female, they automatically objectify themselves. I also intentionally used white on the 'male' word in a very pale yellowish background, so that the audience has to come very close to see the entire sentence. Along with the painting, the installation of 500 condoms with the same text on them will serve as a direct link with our own bodies. 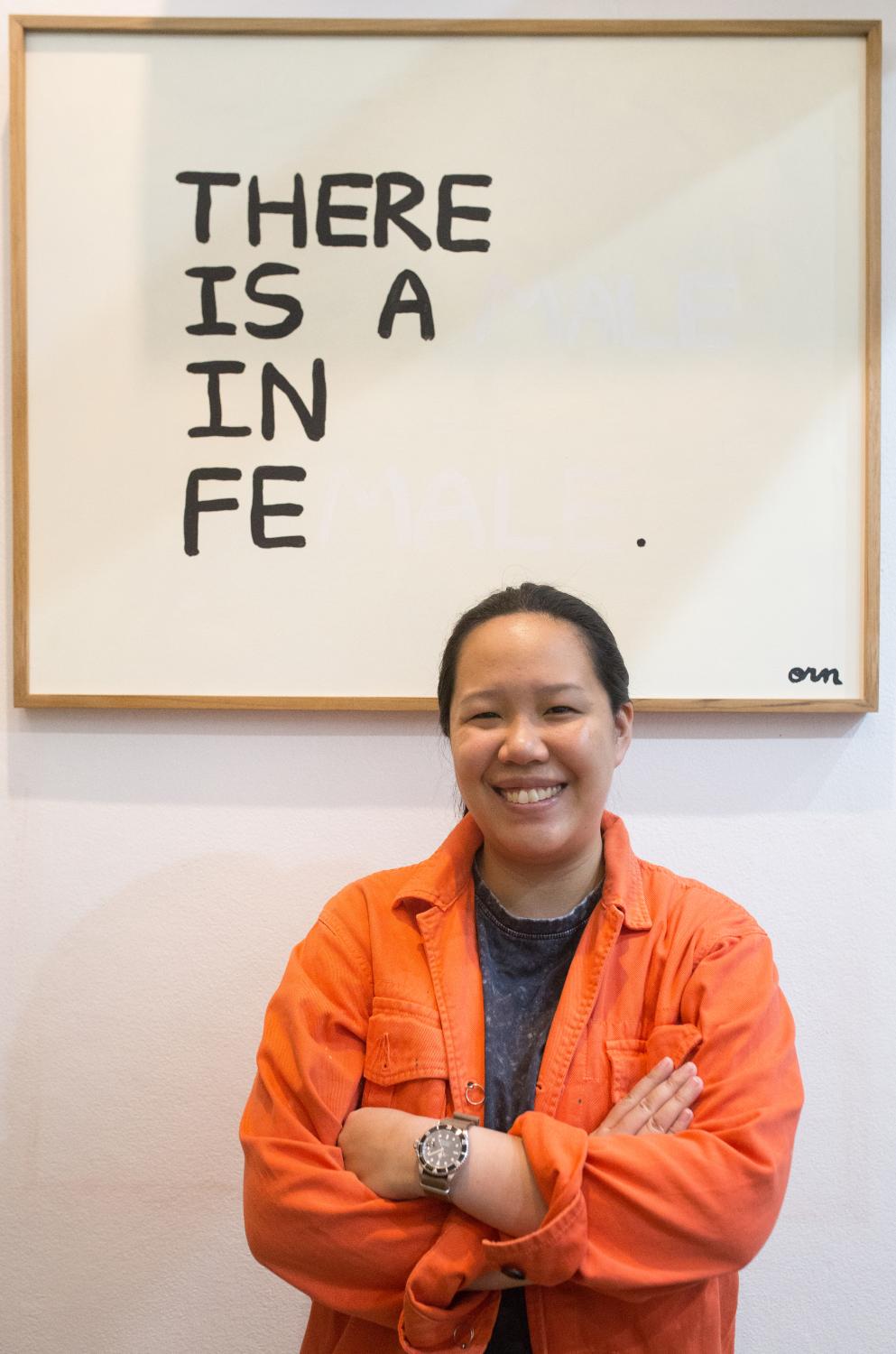 In Thailand today, there is still a misconception about the word hysteria. One of the many causes are Thai soap operas that depict only hysteria in women and as a bad example of women behaviour. Actresses who play this role well are usually acknowledged as talented. This correlates to the late 20th century when hysteria was diagnosis as histrionic personality disorder, which is rooted in the Latin word histrio, which means actor/actress. That is to say hysteria was once judged as an act. My work is a backdrop with a prop is similar to a photoshoot where viewers are welcome to interact to alter the meaning of the work. My role is to provide and arrange bits and pieces of symbols. The viewers are free to alter or interpret the meaning using the clues I provide. So, have fun and design your own role on the planet. 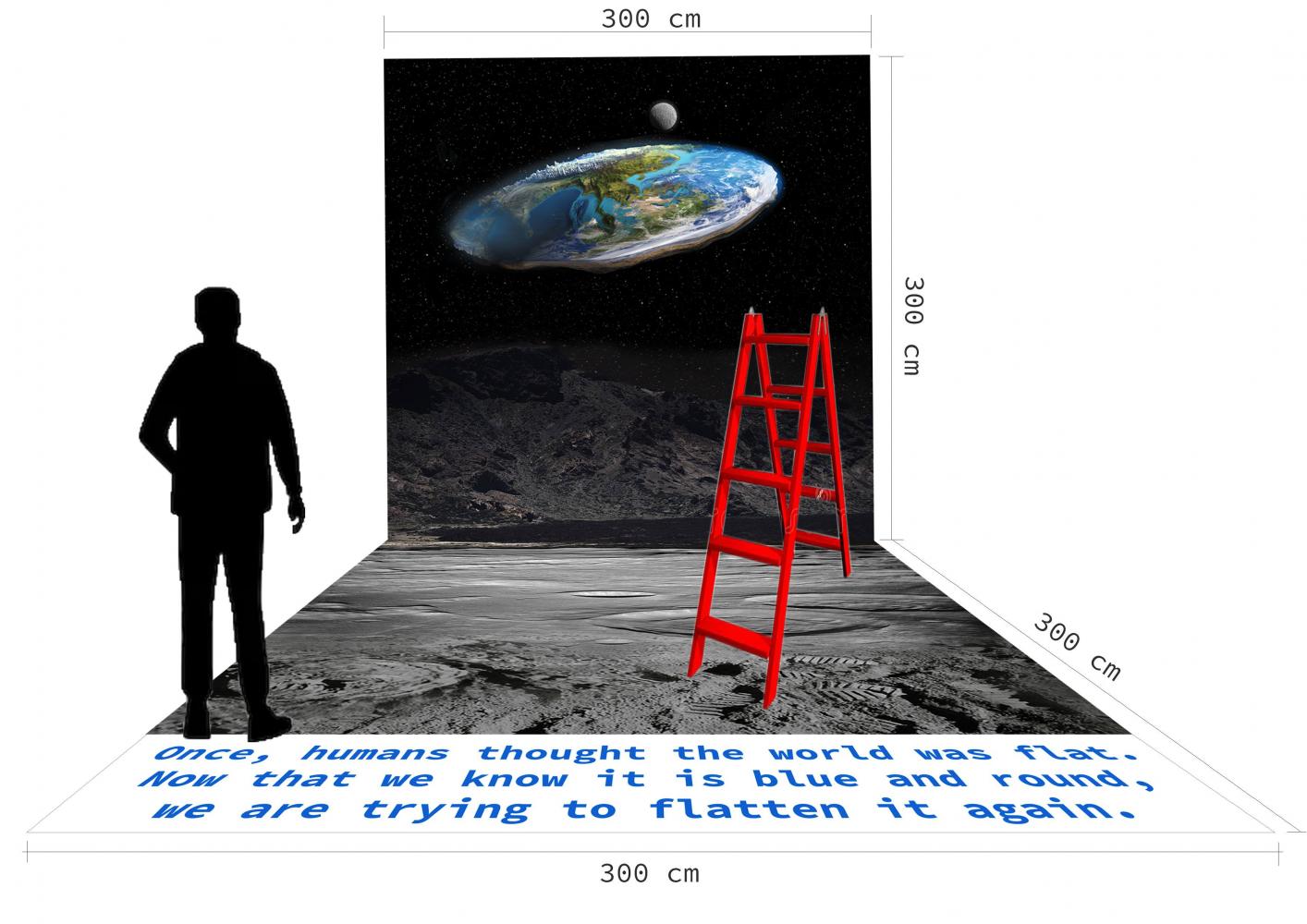 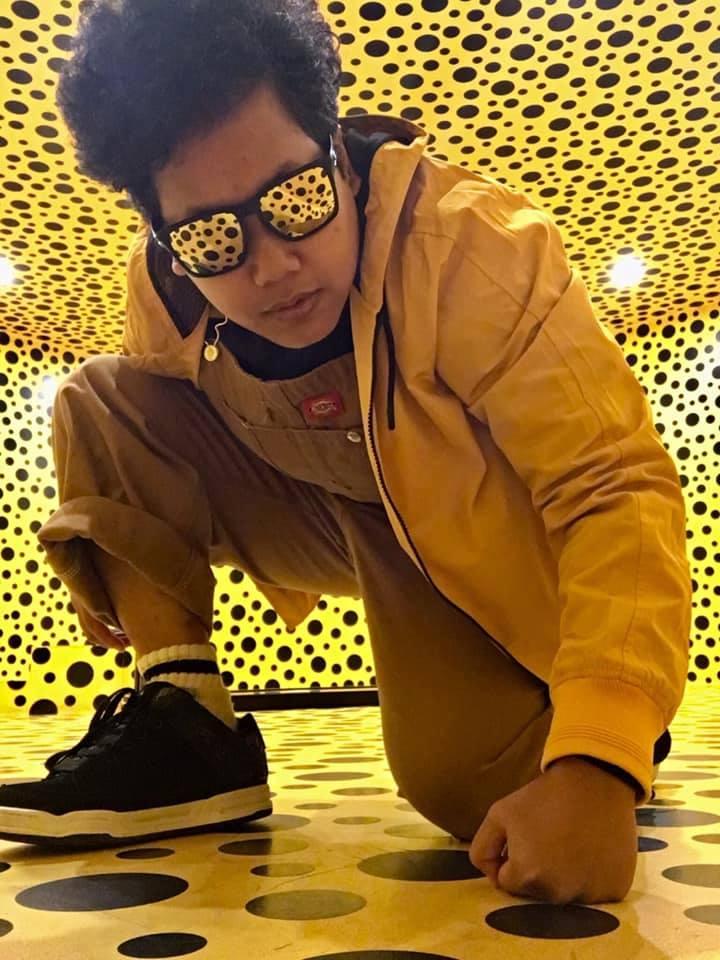 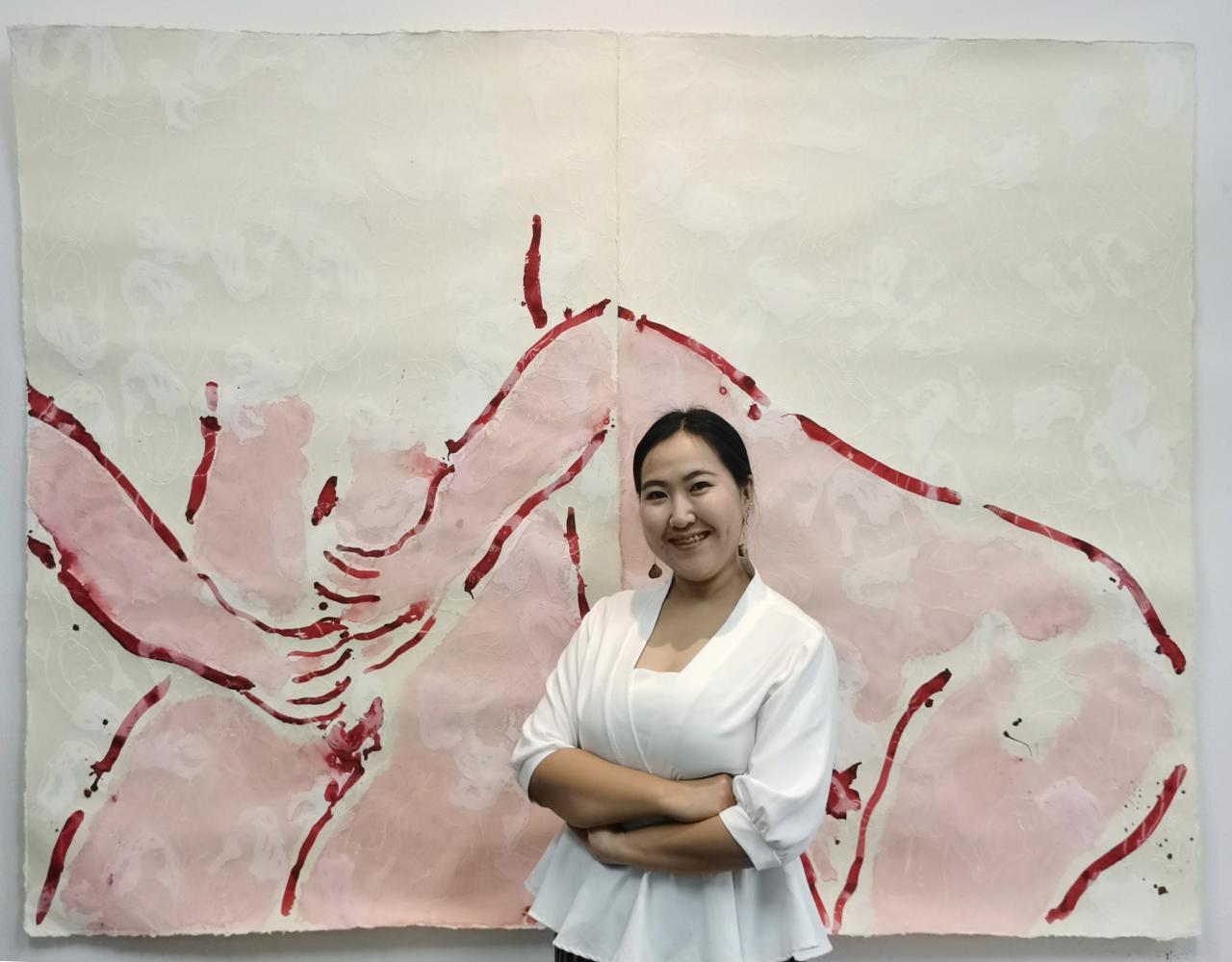 In a world where everything is merged and can be accessed easily, a cultural divide is a translucent line. I can't believe that I still have to answer: 'What is a real Thai?' I am annoyed and offended with these frequent questions as they underlie the fact that I go against tradition. I am glad people ask these type of questions as it can be a base of exchanging ideas and developing on gender and identity issues. I grew up in a very conservative family and was a Thai folk dancer. I was called a 'neat girl and a 'lady' by people who knew me as a child but when the time came that I stood in the spotlight of society, I decided to be completely nude and dared to bare myself. I am now being judged for not being 'Thai', just because of what I do and that I allow myself to be different. This made me realise how abstract the notion of being an authentic Thai is. We cannot know on which ground we stand if there is no one else, no symbol or no roots. To reach freedom, sometimes it seems we have to let go of our rulers who judge and control us. 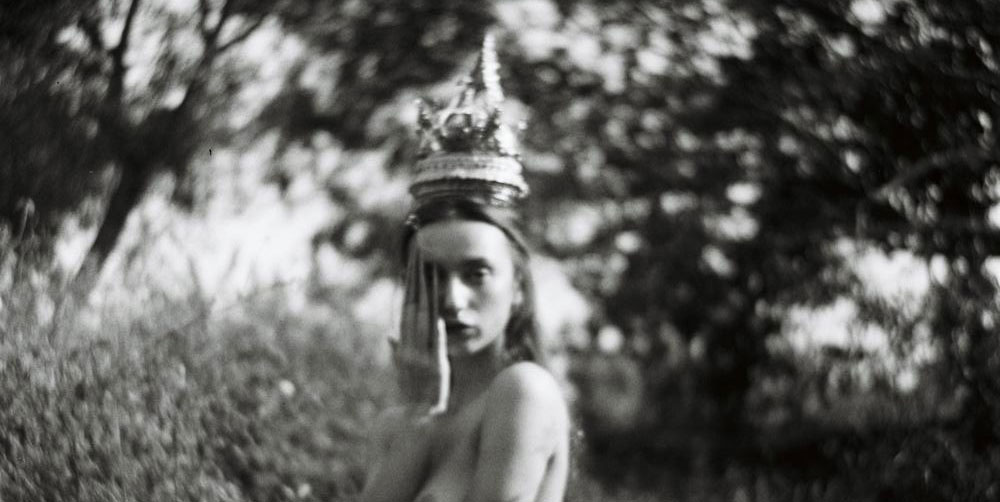 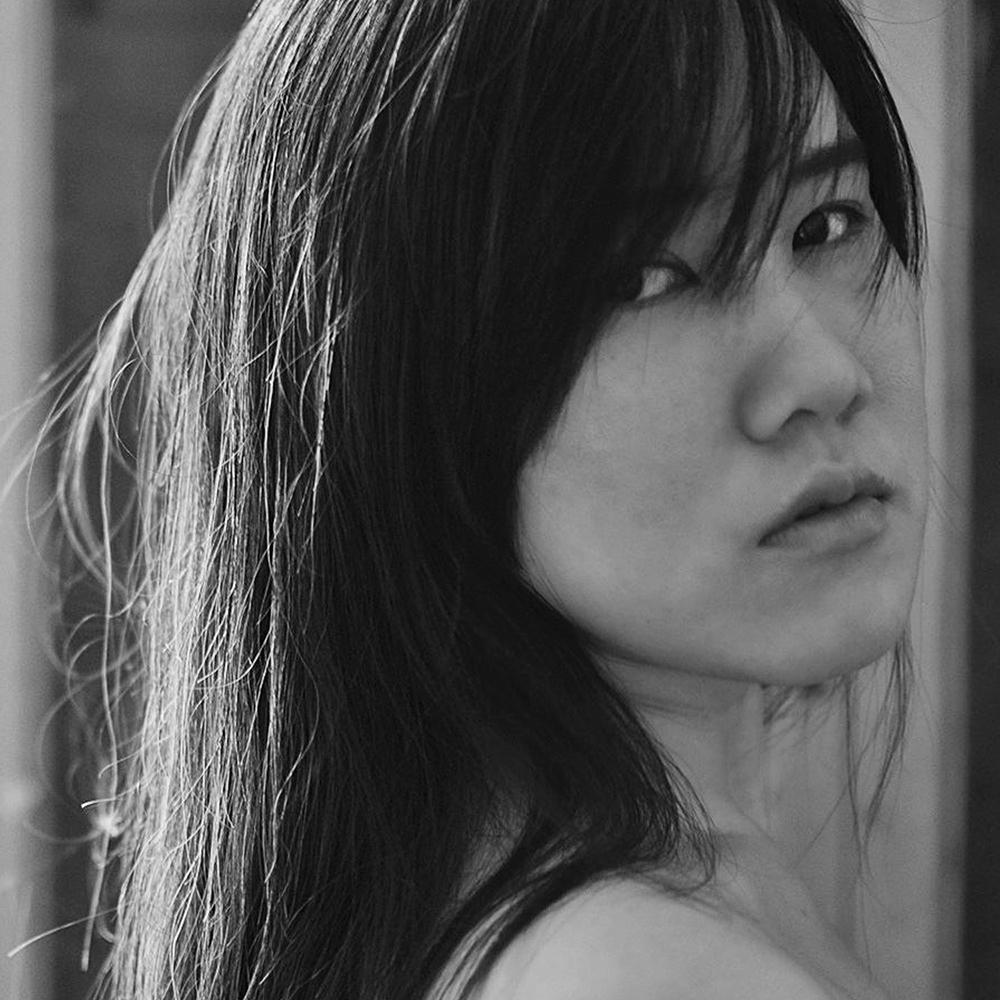 The idea behind the banana-eating painting is to straightforwardly communicate the female desire, which shouldn't have to be hidden in the same way that male desire of the female body is not hidden. 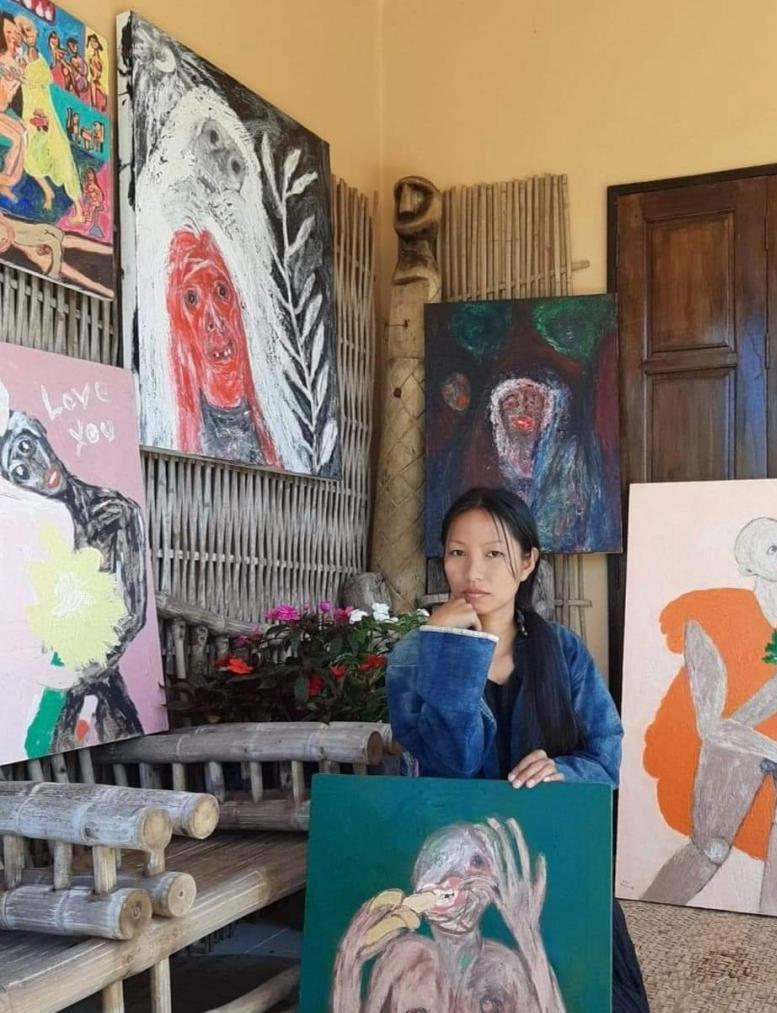 I chose to present this work to see if the audience grasps the humour in it as I do. I started to explore the technique of soft pastel this year. I also started drawing more figures as for several years now I was doing abstract works. The soft pastel technique inspired me to do something terribly fluffy so the poodle image came very naturally.

It is about a folktale that most Thai people are familiar with growing in Thailand -- Nang Sip Song. I never thought much about it growing up and only as an adult did I look back and investigate this childhood memory to realise how spiritual, moral and problematic this tale could be, once interpreted. I want to re-imagine and share this piece to call for an interpretation and what ramifications this type of archetypal story may have on the psyche of Thai people in contemporary society, especially in terms of gender role and human relationship with place and nature. If a certain story or paradigm of being is outdated, should it be revised? 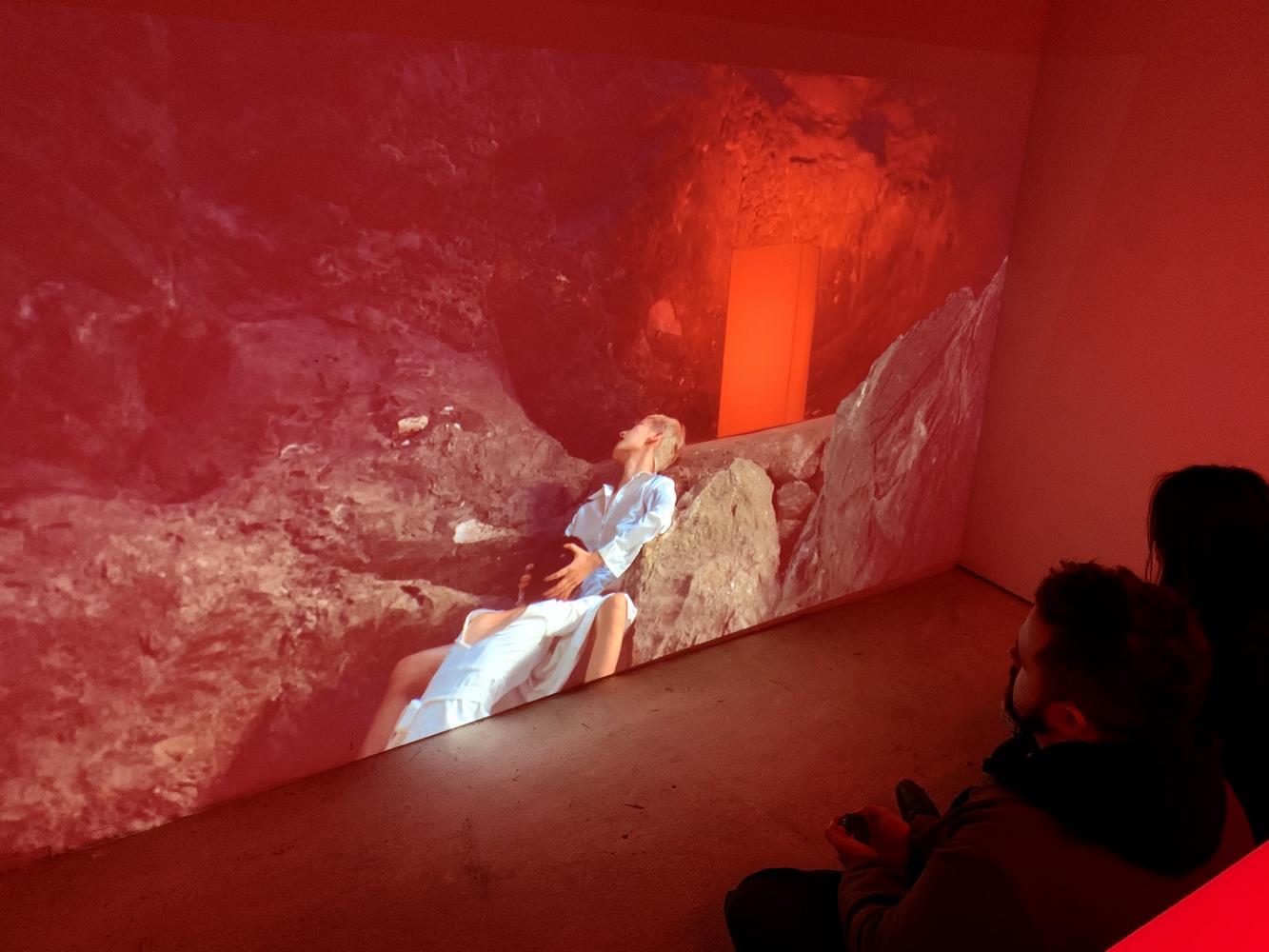 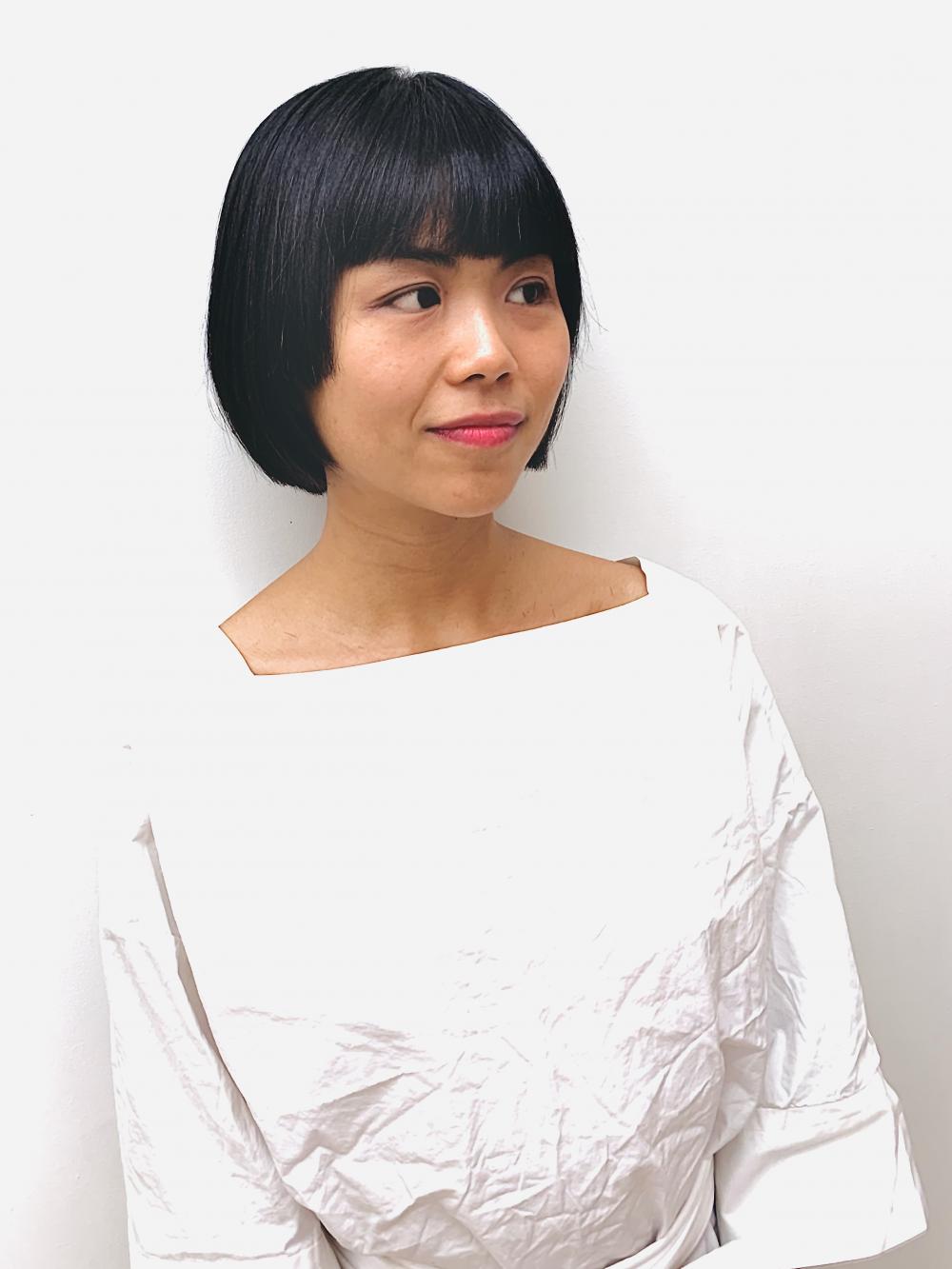 I chose to present these watercolour paintings, which were done in a very spontaneous way, almost like sketches. They show various sexual interactions like a pattern, which can be combined in different ways. These interactions between the sexes are now commonplace in modern society, even though sometimes they are hidden. 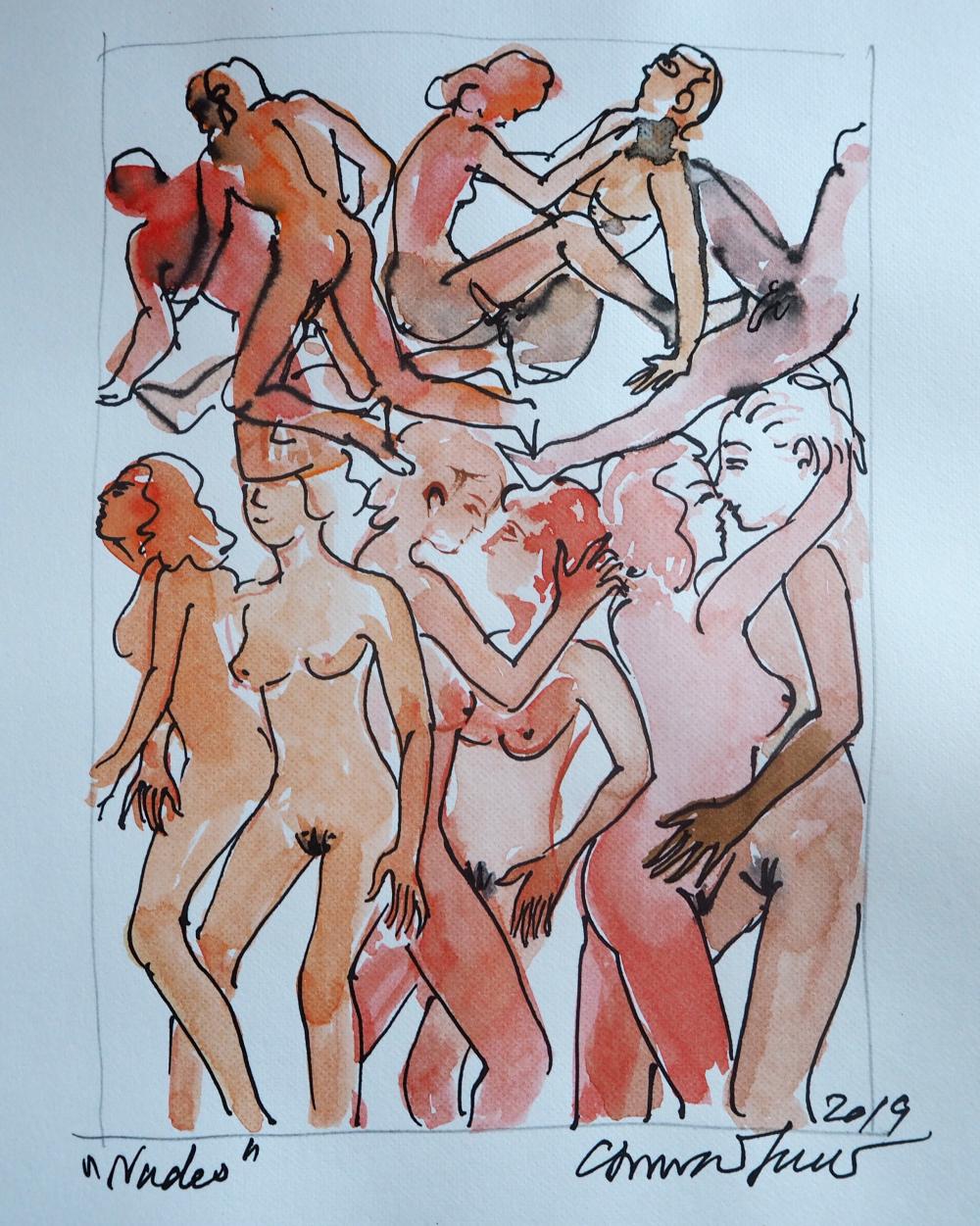 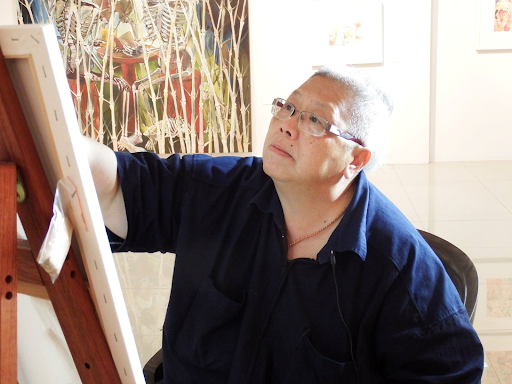