If you heard the name "My Life As Ali Thomas", the first thing you'd probably say is "Wait, that's a name?" Yes, it's the name of a Thai indie-folk rock band that writes songs in English, and though the name is odd, the story behind it makes sense.

Much like its name, its members — Pie Wuttara, the vocalist and main songwriter; Rack Lertpanya, the guitarist; and Taw Jangbumrung, the drummer — also come from different backgrounds and different musical tastes but all come together to form a musical entity that produces unique ear candy to the delight of audiences. Guru talks to My Life As Ali Thomas about their origin story, their upcoming album Peppermint Town and what it was like being the first Thai act to perform at SXSW (South By Southwest).

What's the story behind the band's name?

Pie: English has Greek roots and Latin roots and I'm a big fan of secret names. Before we were a band, it was just me and I didn't want to use my own name. I wanted to have a pen name like a writer. I wanted a proper new name. I like Tom And Jerry and that's where I got Thomas. I was Googling what the name Thomas meant and I learned it had Greek origins, which means 'twin'. So I thought that's really cool because it's like a parallel universe kind of thing where I'm me in this life and my twin does music. But Thomas seemed like a last name so I started searching for a first name. I wanted to go with a word that meant 'another' so the whole name would mean 'another twin'. I did some more Googling and I came up with 'alias', which sounds like 'Ali'. Technically, the name of the band is 'My life as another twin'.

Why do you guys write songs in English instead of Thai?

Pie: I find it easier to write in English. I think it's because I grew up abroad and I feel like I'm a bit of both worlds. To be able to write verses in Thai, you need knowledge of Thai literature and I feel I don't have enough. I'm actually very jealous of Thai artists who write in Thai, especially the classic ones because they're so beautiful and rich in culture. Growing up abroad, English was just easier. There are many rules to write Thai, otherwise, it's just weird, so I stuck with English because I feel like it's the best way for me to express myself. 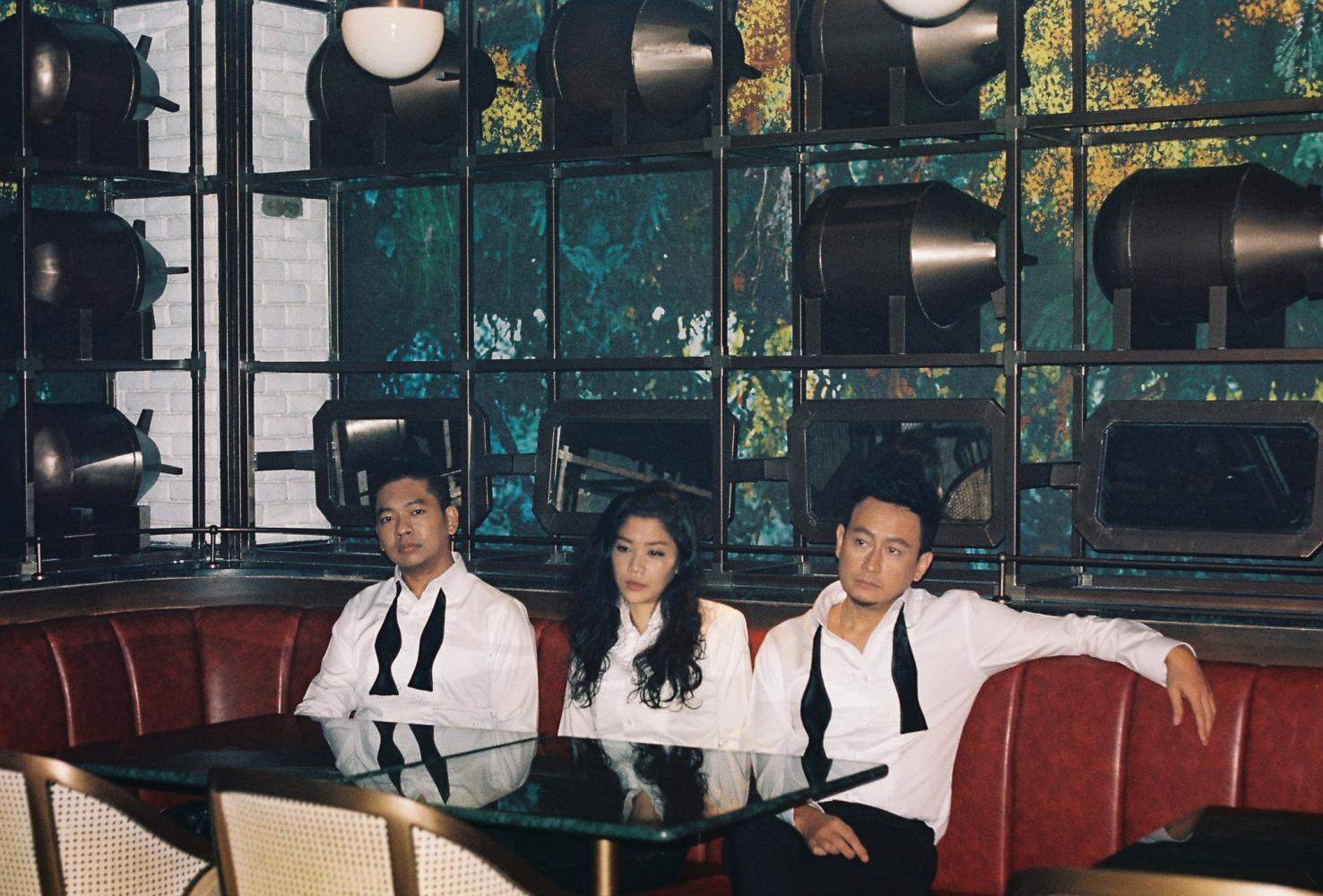 How do you guys write a song together? What's the process like?

Pie: We have a system, actually. I come up with a framework with like four chords. Then it goes to Rack, who adds some lead guitar, and then Taw adds the drums. Then we throw it back and forth to one another and add stuff. This is what we do.

How did you guys get to know one another and eventually become a band?

Rack: It was a long time ago.

Pie: It was a really long time ago! Rack was the guitarist at an indie bar called Cosmic Cafe. At that time, my old band had just broken up and a friend told me about the bar and to talk with the owner. The owner said he loved my voice, told me about Rack and that we should play together. I ended up jamming with this guy on a Tuesday night. The bar was empty but we jammed on stage, anyway. And the owner was like 'You guys sound great! How 'bout a gig in two weeks?' We ended up opening for another English indie folk band, and later we met Taw.

What are your different musical influences and how do you mesh it all together?

Pie: Rack's into rock bands like Oasis and U2. Taw actually has a background in jazz but he also likes rock music. Which band did you say you like?

Pie: I'm more into Jenny Lewis and super 90s indie alternative music. So we're kind of mushing all our influences together.

What's the story behind the name of your second album, Peppermint Town ?

Pie: It's like a sequel. The first one was called Paper, and I felt that paper holds your secrets, but the secrets don't just vanish. The energy goes somewhere. So for the second album, it's like these words grew into something else -- it grew into a town. It's like another dream world that Ali Thomas had created. I named it Peppermint Town because I grew up in Perth, Australia, and I went to a boarding school for six years. The area that the boarding school is in is called Peppermint Grove. I still dream about that boarding school era. It feels like I'm sort of stuck there and since it's a dream world, I feel like Ali Thomas would be there. But I didn't want to just use Peppermint Grove because that would be weird so I went with Peppermint Town.

What was it like being the first Thai band to perform at SXSW?

Rack: I was nervous because I've never been to the States before. I wasn't sure if they would like or appreciate our music. But the more we performed, the more confident we got, we got actually got a lot of good feedback. So when we got back, we were more confident in ourselves and in our music.

My Life As Ali Thomas' second single off their new album, Baby I Love You, is out now. Follow them on fb.com/MyLifeAsAliThomas.