In Thailand, Lupin might be familiar among comic book readers, especially Lupin III, a popular Japanese manga and anime franchise about the escapades of master thief Arsène Lupin III, the grandson of Arsène Lupin, a fictional gentleman burglar seen in a series of novels by French author Maurice Leblanc. While also taking inspiration from Leblanc's character, Netflix's new French-language limited thriller series Lupin definitely has its very own unique take.

Created by filmmakers George Kay and François Uzan, Lupin is a slick, high-budget "mission impossible" type heist that stars French actor Omar Sy as Assane Diop, a clever modern-day thief who not only uses the legacy of Arsène Lupin but also applies his own strategies down to the last detail such as a roadmap to revenge for the most daring heist ever. Lupin is set to be released in two batches. With the first five episodes now streaming, the second part will follow later this year. Although it is only halfway complete, Lupin is fast-paced, entertaining and full of twists and turns that should satisfy fans of movies like Ocean's 11, The Italian Job, Now You See Me and Baby Driver.

Lupin follows the life of teenage Assane whose world is turned upside down when his father dies after being accused of a crime he did not commit. Almost 25 years later, Assane grows up to be a professional conman and uses the book Arsène Lupin, Gentleman Burglar as his source of inspiration to complete his mission and clear his father's name. In the process, we get to see how Assane slowly develops his identity and crafts his plans. Unlike other heist stories, I like that Assane is a one-man heist team with few allies and that there's a bigger picture at play. Lupin isn't the typical thief story we all expect but instead, it is actually quite substantive. As the series progresses, the storytelling style provides a great deal of character development. Moreover, the show covers a timeline that spans from the present to flashbacks of Assane's past and upbringing. It also provides context for his motivations and presents obstacles that he must overcome in order to get closer to his goal which, in this case, is revenge. In the process, the show successfully builds an engaging story. 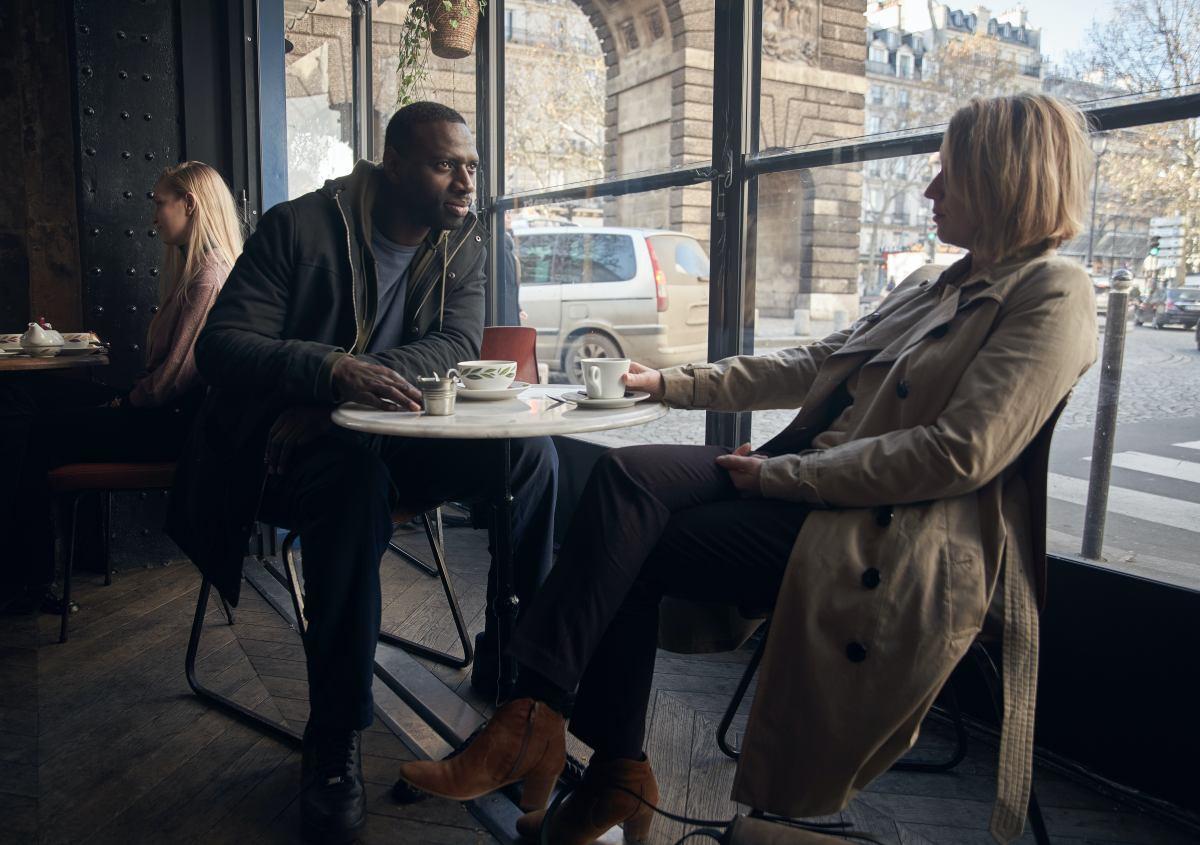 Omar Sy and Ludivine Sagnier in a scene from Lupin.

Of all the French cast members, Sy is perhaps the most familiar face as many may remember him in the role of a troublesome caregiver for a wealthy quadriplegic in French comedy-drama The Intouchables (2011) or more recently as a Velociraptor trainer in Jurassic World (2015). Again, Sy did a great job here playing Assane, a stylish, James Bond-style gentleman with Sherlock Holmes qualities. He's kind and caring but also mysterious and complicated at the same time. I like the fact that he's managed to make a character likeable that isn't hard to root for, even though technically he's a bad guy, being a thief and all. Also, another thing I noticed that was interesting was how the show addresses racism by managing to capture the blindspots of modern society. As the show often mentions: "No one notices the working class, especially the black working class." This fact allows Assane to plan perfect heists and invent characters capable of sneaking past the defences of upper-class people.

The first five episodes of Lupin make up just part one of the story, and so far so good. While there are several questions still left to be answered in another season, part one manages to deliver its own entertainment. Each episode is about 45 minutes, so it doesn't take too long to binge the series. If you like this genre and are looking for some easy viewing, I think this show is worth watching this weekend.