All of us have unique family histories and where we come from can shape who we are today. As a semi-autobiographical account, filmmaker Lee Isaac Chung captures the essence of family and recounts his upbringing in Minari, an emotional rollercoaster family drama about a Korean immigrant family who embarks on a new life in Arkansas in the 1980s, only to discover that the so-called American dream doesn't always come easy.

Despite the film being the story of a Korean family and 80% of the dialogue being in Korean, Minari is an American-made film from the independent studio A24, which has consistently produced quality and award-winning films in the last few years, namely Room (2015), Moonlight (2016), Lady Bird (2017), Midsommar (2019) and The Lighthouse (2019), to name a few.

Minari has a simple premise and expands on it through beautiful filmmaking and expert cinematography as it tells a heartbreaking tale about a family trying to make it work despite combating financial struggles and managing family differences. We get to meet Jacob (Steven Yeun), his wife Monica (Han Ye-ri) and their two kids, Ann (Noel Kate Cho) and David (Alan Kim), who have travelled from California to a small Arkansas farm in the hopes of making their American dream come true. We see Jacob trying to adjust to his new life and start his own farm with the hope of becoming successful. However, right from the start, Monica is not comfortable with her husband's big plans and the fact they're living in a mobile home in the middle of essentially nowhere.

As both are working hard, they need a babysitter to watch over their two young kids and that's where the grandmother, Soonja (Youn Yuh-jung) comes into play. Despite running into many difficulties, Jacob is still willing to do whatever it takes to achieve that dream and it puts a strain on his relationship with his wife and family. Throughout the film, as he builds up the farm and sees more success, the family breaks further apart. 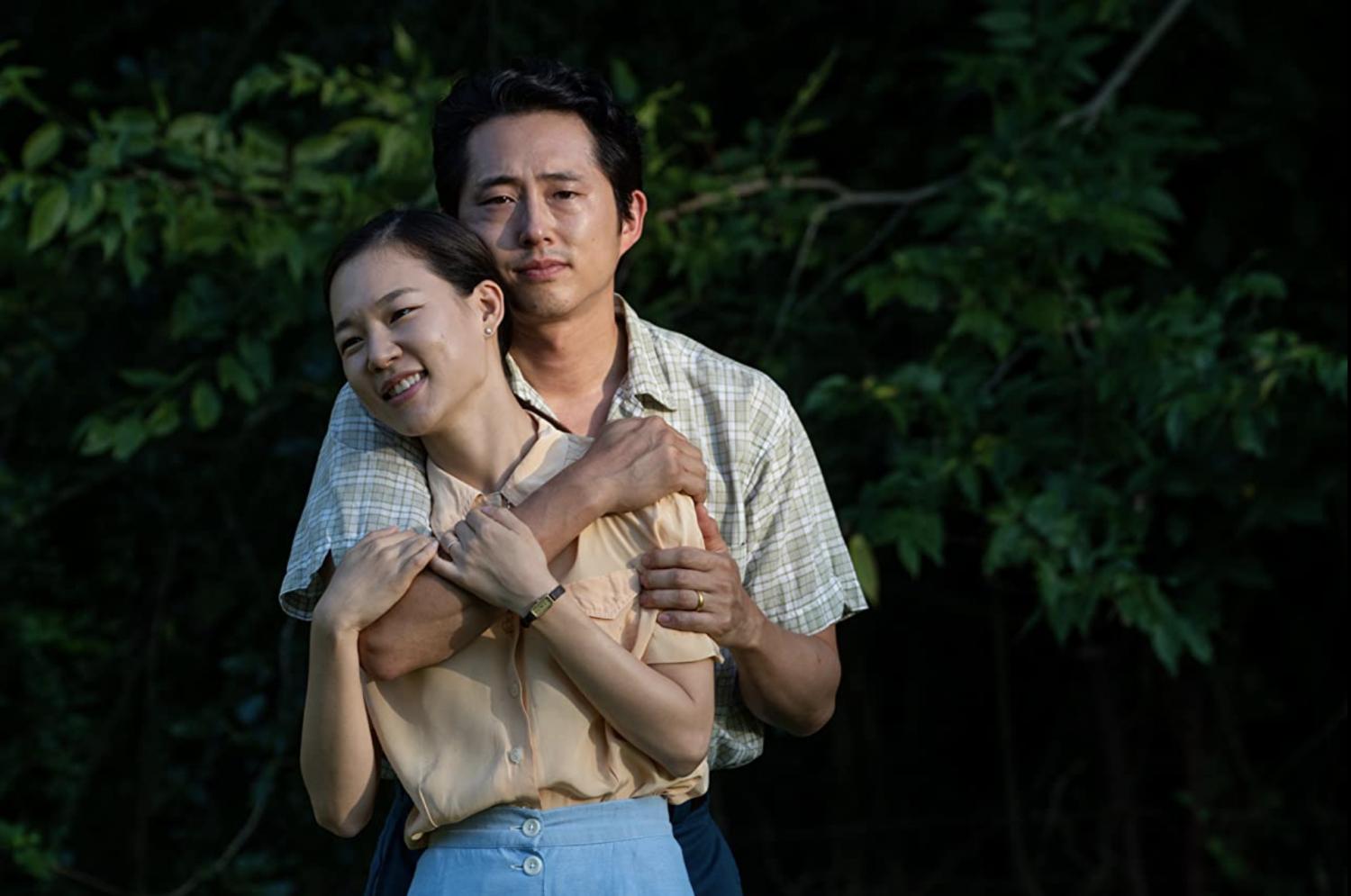 While the story is about a family in search of a better life and pursuit of the American dream, Minari has been compared to movies like Revolutionary Road (2008) and another A24 film, The Farewell (2019). After watching the film, I can see the similarities, however, Minari very much carves out its own lane. The film dedicates most of its runtime to exploring different conflicts, from personalities and goals to religious beliefs and generation gaps. So, with its moody tone and family issues, there are many intense confrontations and arguments which means Minari certainly isn't an easy watch and is not for everyone. Watching the family's obstacles and the many tragedies is quite difficult for us as an audience because it reminds us how tough it is to be in their shoes.

The performances in Minari were authentic and realistic and managed to make us connect with each character. It was as if we already knew this family very well. Yeun is definitely an actor to watch and many may remember him as Glenn Rhee, from the zombie apocalypse TV series The Walking Dead, or as Ben from 2018's mystery film Burning, but his talent really shines in this one. We get to see his character Jacob try to build his farm and being somewhat stubborn, he essentially puts everything at risk -- his family, his relationships and his mental state. Another actor who deserves praise is Youn Yuh-jung who plays grandma Soonja. She is a delight to watch and an easily likeable character. I think she was a nice addition because most of the time, the movie does feel a bit bleak and depressing, especially when Jacob faces roadblocks towards the American dream.

Though I liked this movie, I found the final act and its ending muddled and quite disappointing. As the premise of the entire story was built around whether or not the family could make it and learn to fit into the local culture, the film did not give us much of an answer. I wish there was a more defined ending or something that let us know the fate of this family. There is a difference between open-ended movies and those that leave you hanging. This one is the latter.

I believe Minari gained attention due to the fact that Korean and Asian stories are kind of a thing now in cinema, thanks to Bong Joon-ho and Parasite. While this film isn't anywhere close to the level of Parasite and it didn't blow me away, it's definitely a powerful movie with great performances that you should certainly check out if you find yourself in a mood to watch an inspirational drama.