A war-ravaged kingdom on the brink of falling apart is the setting for Netflix's upcoming series, Shadow And Bone. Adapted from a series of books that have been dubbed as "The Grishaverse" written by Leigh Bardugo, the series centres around a young woman named Alina Starkov, who discovers she has powers, making her part of an elite group of people known as the Grisha.

However, her powers are rare and could be the solution to tearing down "The Fold", a shadowy place that runs through the middle of the kingdom filled with monsters. Because of this, she gains the attention of General Kirigan, leader of the Grishas who finds himself enamoured with the young Alina, but Kirigan isn't all that he seems.

Guru speaks with Ben Barnes, who portrays Kirigan, about the series, how it's different from other literary adaptations he's worked on and what it's like working with Jessie Mei Li who plays Alina.

Was it challenging playing General Kirigan?

It was challenging in some ways. He's a very dark, brooding, mysterious and powerful character on the surface. But for me, the challenge was navigating that line to keep him mysterious and to find the humanity in him. There was a difficult grey area to navigate but it intrigues me to play complex characters who kind of have an ambiguity to them because I think people, or we, are all a bit messy. 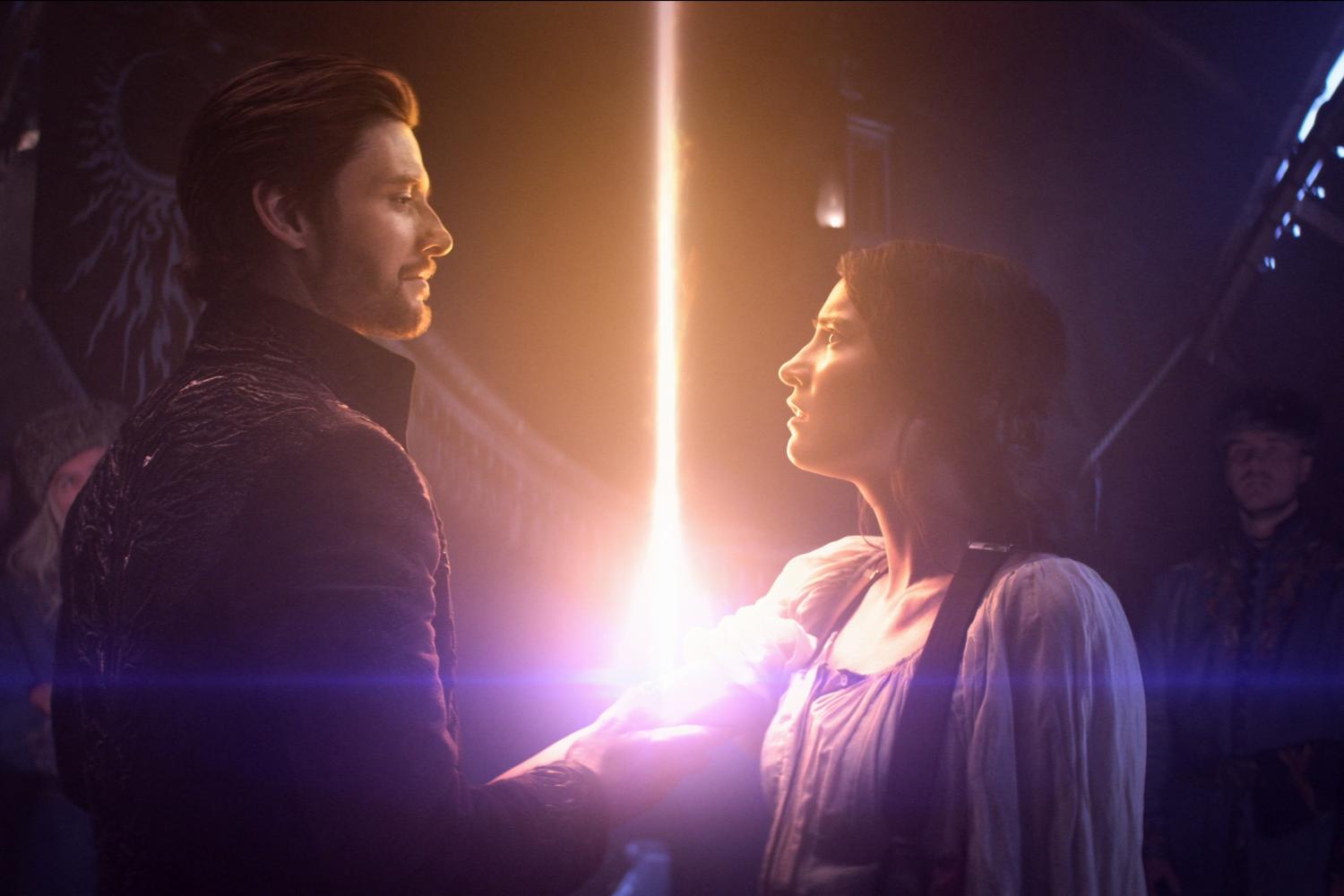 You are no stranger to projects adapted from books. What makes Shadow And Bone different?

I've done quite a lot of characters that are based on books but very rarely have I had the opportunity to have the author available on text message or even on set at some point. When she visited the set, I crept up behind her and whispered in her ear, 'Fine, make me your villain', a quote from her own book, which terrified her, I think! You feel that extra little bit of motivation to really please people who love these books and have imagined them in their mind's eye for hours on end, but actually we just wanted to make something that we enjoyed and we were proud of. It's a bit different from the books because we've mixed five books with characters from other stories in the same universe so there's treats in store for people who know the books very well. I'm excited for people to see it. I've just binged the whole thing myself and I'm very excited for people to go on that journey.

How did you prepare for the role of General Kirigan?

Obviously the books were my Bible. While we were filming, I had a list of lines that Kirigan says in the stories that I wanted to try and get into the show because I thought they were such great lines of dialogue to say. Sometimes when we're doing the scenes, especially with Jessie [Mei Li], there would be moments where I didn't feel like we were really exploring all the themes of the world and we would find one of these lines would perfectly fit into those little moments. The preparation also includes becoming confident with all the hand movements and the stunt work, but then the costuming is always a huge part of character building for me. And then I watched some movies with characters that are still, manipulative characters that I thought were interesting to draw from, but mainly I just went on my instincts from the books.

Were there any quirks or mannerisms you did to make the character come alive?

There were lots of little things that presented themselves along the way. I think that the character is a little bit more vampiric in the book series: he's sort of pale, indoors-y and looks like he lives in a cave like a bat. And I think we wanted to make him a little bit more of a real-life general of an army that is at war who's on the field. So it's a little somewhere between a vampire and Maximus from Gladiator. I insisted that he wear spurs on his leather boots in every scene no matter where he is, even if he's standing in front of the king, to show he's still ready to go all time. He's a bit more rugged than in the books where he's a little bit more graceful. But he still has poise, he still has experience and he still has that sort of power and magnitude in the world. So there's lots of little details like that which I was keen to kind of express in the way he moves. His hands were going to be obviously very important particularly with the Grisha having to touch hands to prepare to use the Small Science [the series' name for magic] so it was very important that he be very deliberate with his hands. I think all of those little things add to the life of the character.

How do you think the show relates to the real world and everything happening around us today?

I love fantasy shows because they can explore the world through allegory, and I think these stories are about identity and finding your place in the world no matter where you're from, no matter who your people are and no matter what your skill set is -- to find out where you feel like you belong. It's about finding out what your cause is and I think that all good stories really are about that in the end: what are we doing here, where do we fit in and how can we be happy and support the people that we love and the causes that we believe in. Even though these lands are worlds away and these kinds of powers and adventures are imaginary, we can still see ourselves in these characters and we can still identify with them. I think that's what all great stories are really about.

General Kirigan has the ability to summon darkness but if you could choose, which of the powers of the Grisha would you like to have?

I found the Heartrenders very appealing in terms of the way they relate to other humans, but they can use their powers in a more forceful way by stopping people's hearts. They can also use their powers to soothe and calm people, and I think after the year that we've all just had, that power to be able to calm and sooth is probably a very valuable power.

How was it working with Mei Li?

She's just wonderful. She is as close to human sunshine as I've ever encountered. There is no confusion as to why they cast her. It's one of the first jobs she's ever done but she just brought with her this special kind of leadership. I said to her at the beginning, 'You know, you're number one on the show so you have to lead by example'. And boy, did she. She's always looking out for everyone, making sure everyone feels okay, so I wanted to be the one who could be there for her to make sure she was okay. She was just so joyful and optimistic and hopeful, and I think she represents hope for Kirigan and so she made that very easy for me just by being so helpful herself. She went from this shy girl that we met on the first few days to this woman who was commanding the set and just being magnificent by the end so I was so proud of her.

You've played a number of characters from books: Caspian from Chronicles Of Narnia, Dorian Gray from The Picture Of Dorian Gray and now General Kirigan. Which character do you relate to the most?

That's tricky because I no longer feel this sort of confusion Prince Caspian had, that sort of earnest quality to find out where he belongs and what the right thing is. Dorian Gray is extremely unrelatable with his thirst for human experience, but I think there's elements. There are elements of all of them, I think. I'm hopefully curious in a way that Dorian Gray is: thirsty for culture, thirsty for a human experience and to understand other people that I can connect to and relate to. I understand fighting for something you believe in like Kirigan does. But I think Caspian when he becomes king was sort of somebody that I felt a little more connected to because he felt more grounded in his place and was very protective of those around him a bit like how I am with my Shadow And Bone cast.

Shadow And Bone will be available on Netflix on Apr 23.