From the streets to the studio
Life
Arts & Entertainment

From the streets to the studio

At 31, contemporary artist Kantapon "Gongkan" Metheekul's artwork has received global acclaim befitting his multifaceted talents. A recent golden opportunity to showcase his inspiring work in the United States with the exhibition, "The Tip Of The Iceberg", serves as icing on the cake.

Making his debut solo exhibition with Over The Influence Gallery in Los Angeles beginning tomorrow (May 1) until June 13, Kantapon will feature his signature dreamy depictions of teleportation. His art bridges the gap between graffiti culture and contemporary art in the most complimentary fashion.

Having grown up in Bangkok, Kantapon, a graduate of the School of Arts at Silpakorn University, embarked on a career in advertising and graphic design. A career change was inevitable after he relocated to New York for three years to pursue studies in fine arts -- majoring in painting -- which altered the course of his artistic expression. It was the creative liberation he found in the city that had a lasting influence on his identity as an artist and as a person who desired to see equality and freedom of expression in society.

It was during this life-changing moment he discovered the street art community and had an epiphany as he connected with artists who tagged the city with their expressively visual monikers. It was also here where he started illustrations that would later make up his acclaimed Teleport Art pieces showcasing people travelling -- also called 'teleporting' -- through black holes and arriving on the other side. 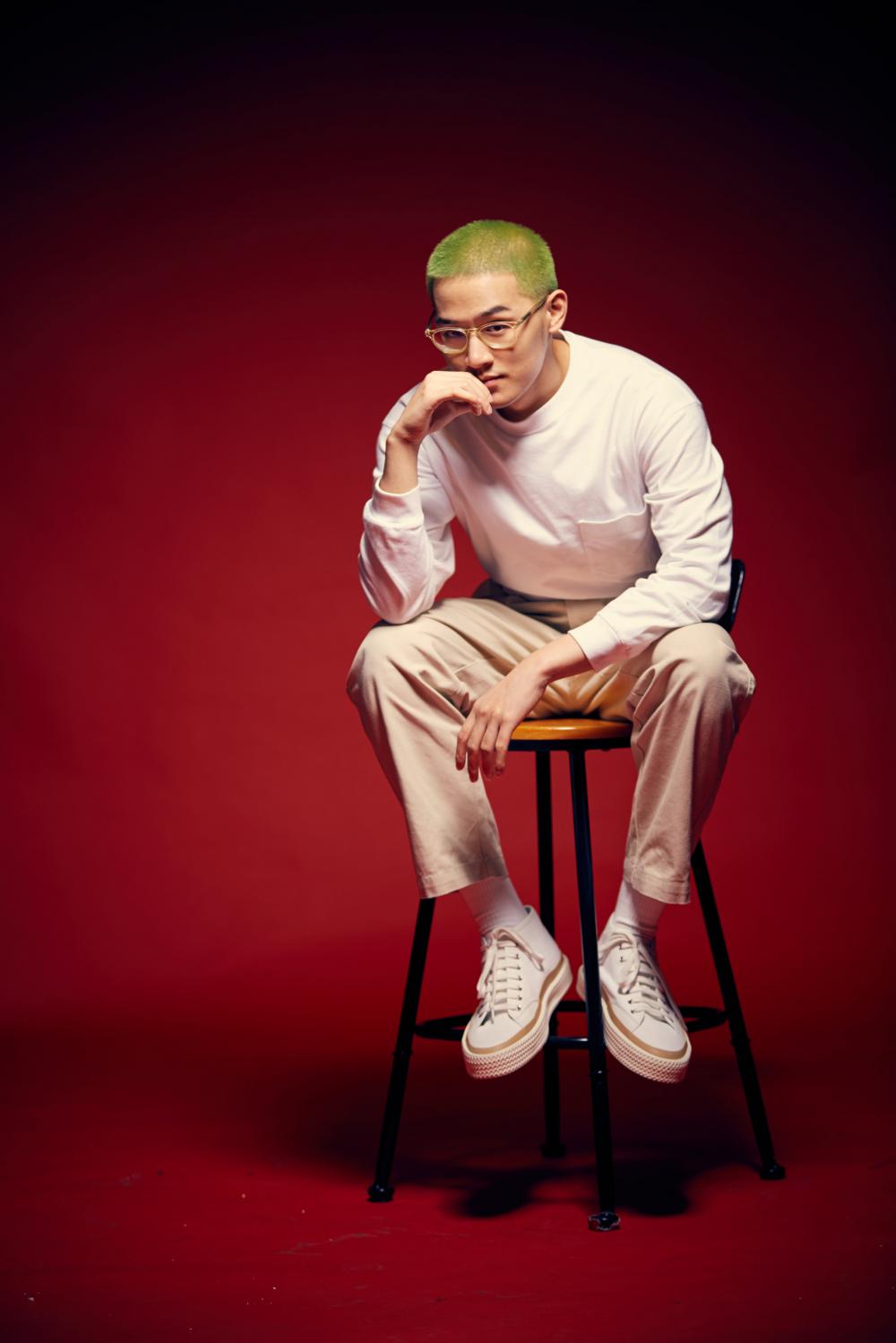 In The Tip Of The Iceberg, the versatile artist expands on themes that he is most passionate about, addressing discrepancies found in society. He uses water to represent freedom of thought and expression. Therefore, it is what simmers beneath the water that needs to be addressed, however, he leaves the interpretation to the audience to decipher.

For him, it is simply a human connection found in Teleport Art that goes deeper into environmental and societal issues at play.

The Thai artist attempts to bring to the surface the double standards found in societies today, including the self-centred mindset of Thailand that opts to disregard the well-being of others over themselves. 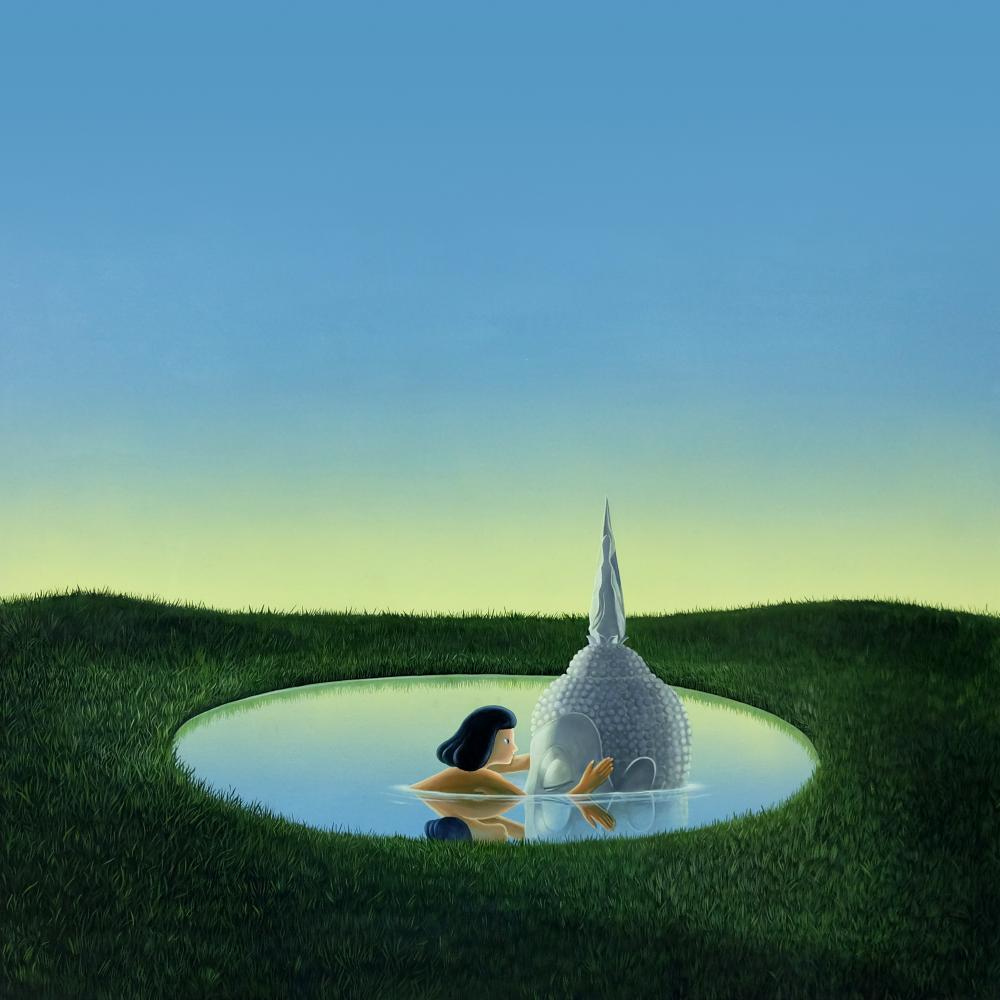 "It is hypocritical on many levels in fact. People today are self-absorbed and as long as their life is going well, that is all that matters. There are countless social issues that remain buried, lying beneath the surface of the false beauty projected in Thai society that we are well aware of but refuse to acknowledge.

"Thus few eyebrows are raised over the fact that in Thailand actual power exists in the hands of just a few, which creates social divide, resentment and anger that will spill out in protests."

The grouping in this exhibition offers an introduction to his creative voice, which in part is inspired by a medley of influences including urban street aesthetics, personal identity, and contemporary art.

To convey his message through art, Kantapon picks a range of multidisciplinary practices and comfortably bridges the void between commercial and subversive artistic expression. 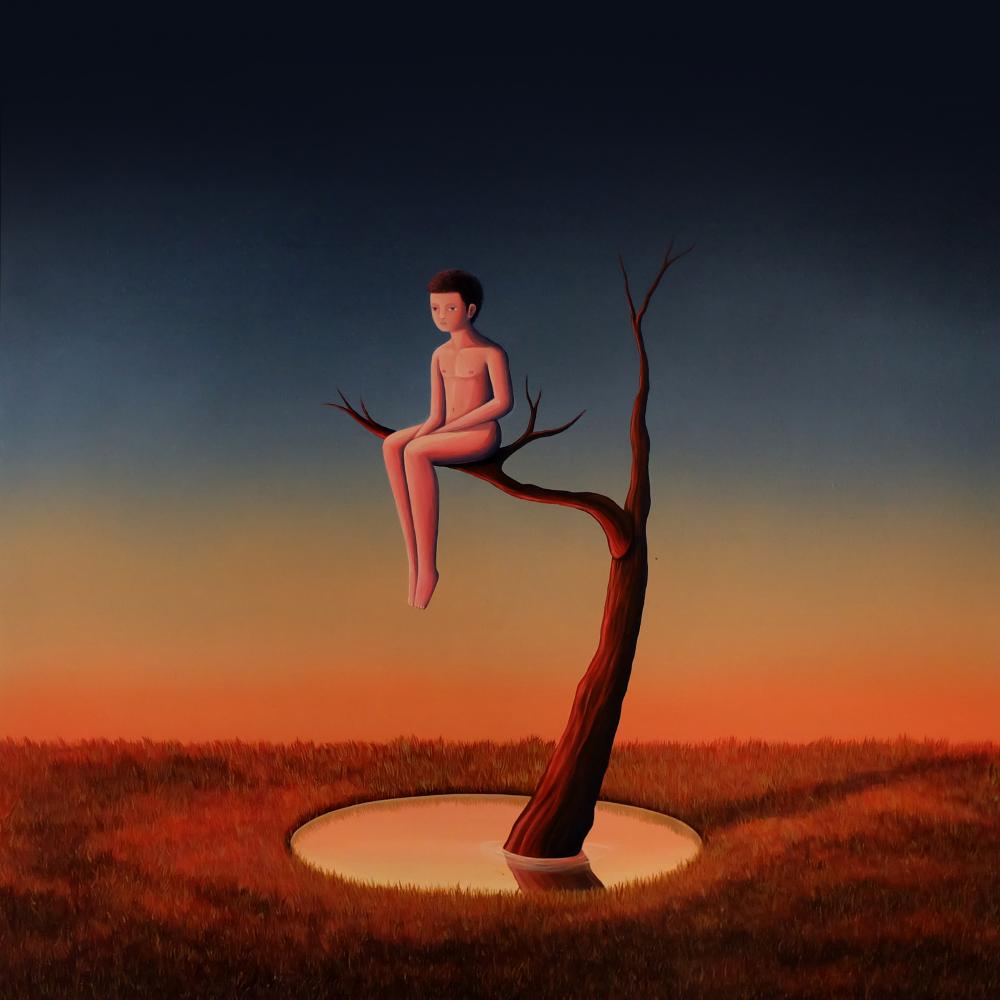 Loneliness Created By A Selfish Society.

"I would say the most challenging aspect in the artwork you see in this exhibition was not so much the time-consuming aspect of it but the wealth of experience I needed to personally encounter before I could bring the theme of this event to fruition.

"The social issues I present in my work have weighed heavy on my heart since I was young and I personally had to face stereotypes and gender bias. Upon furthering my education in the US, it was no different as they also have their fight against racism and gender inequality and more. This made me realise that all societies have their individual issues that need to be discussed. We cannot continue to sweep these issues under the carpet as by doing so does not mean it does not exist.''

Kantapon, who has brought 14 paintings, one piece of video art, and one sculpture to the event, said that he hopes each piece stirs in the audience the desire to be the change needed to help better society. He throws in clues and captions to help jog people's imagination as they view his works. 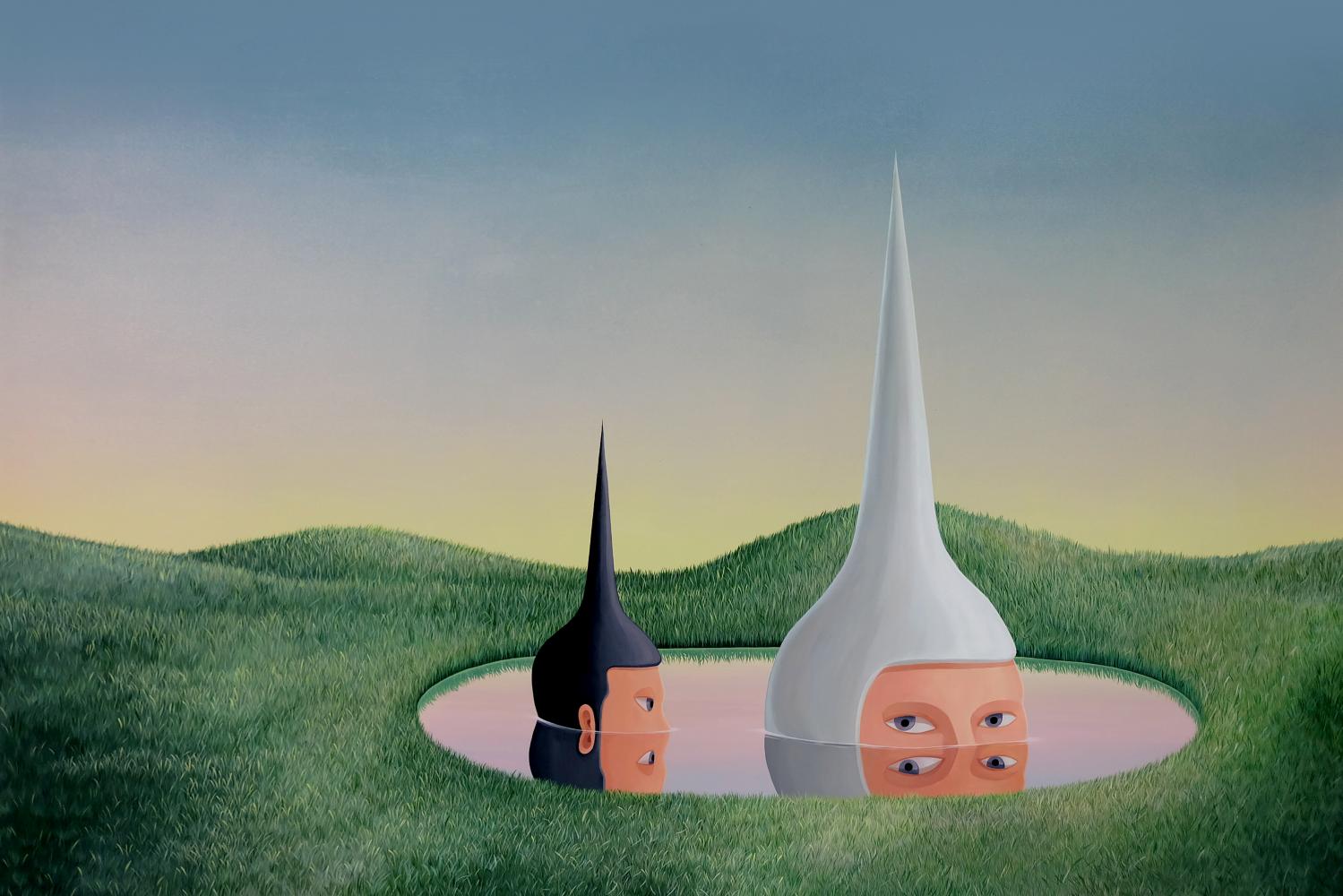 As one of the youngest Thai artists to showcase his work in the United States, he said the good fortune of bringing his work to an American audience did put him under pressure. Already a perfectionist, he put in double the effort to achieve excellence with his art befitting the opportunity he had been given.

During this process, he explored different types of media and procedures, preparing himself for this event in the best manner possible. Already a self-confident young man who believes in aiming big in life, getting the solo exhibition of a lifetime was a happy occasion.

"This did not happen overnight. I had my artwork featured not just in Thailand but also in Taiwan and China. My career began with street art and not galleries but when my work began to get recognised, art galleries invited me to showcase my art with them and the rest is history."

Passion for art came early for the young artist. He recalls sitting for hours drawing on anything that resembled paper. "While other children my age wanted toys from their parents, I asked for paper. My mother brought recycled paper from her office for me."

The road to success was anything but a bed of roses for him, he explains: "I had to deal with bullies early in my career and people used social media to berate my work with no rhyme or reason. It was just malicious bullying.

"This period was a bad patch in my life as emotionally I had become distraught and began having sleepless nights. Eventually, I had to rise above the occasion and allow my artwork to shine through the negativity. This experience was a learning curve for me which helped me to build character and faith in my God-given talent."