The wonder women among us
Life
Arts & Entertainment

What does a superhero like Wonder Woman do while taking a break from fighting crime? Actress Gal Gadot has found a new way to make the world a better place as as executive producer of the documentary series National Geographic: Impact With Gal Gadot, which shows off some real-life heroines.

The short-form documentary series follows the powerful stories of resilient young women who are making an extraordinary impact on their communities around the world. Despite living in areas marred by poverty, trauma, violence, discrimination, oppression and natural disasters, these strong women remain undeterred and unafraid to dream, speak out and lead.

The women featured in the show come from very different backgrounds. Kelsey, a trauma therapist from California who lost her sister to Covid-19, is helping women affected by the pandemic heal through surfing; Arianna, a 19-year-old college student in hurricane-ravaged Puerto Rico, is trying to ensure residents have clean, safe drinking water; Tuany, a ballet dancer who started a dance company for young girls in one of Rio de Janeiro's most dangerous favelas, is pointing girls toward a better future; and Kayla, who has dedicated her life to helping homeless transgender women of colour in Memphis, Tennessee, is creating a safe community for these notoriously discriminated-against people.

Impact With Gal Gadot is now showing on National Geographic's YouTube channel with a new inspirational subject premiering each Monday, culminating in a feature-length documentary on the National Geographic channel on June 24, before airing globally in 142 countries and 43 languages.

Life recently had an opportunity to chat with Gadot via Zoom, discussing her passion and inspiration behind the documentary, as well as revealing that even Wonder Woman has to fight for equal pay in the male-dominated film industry. How did the documentary come about?

After the success of Wonder Woman and fame and all of that, I felt super privileged and grateful that I have such a big access to people's lives through social media and I wanted to do something meaningful with it. I just wanted to use my reach that I have to the audience and the fans and do something good and kind of shed light on areas and stories where the camera won't necessarily aim to cover. And when we saw the work that Ryan Pallotta did with 20 dancers from Brazil, that's how it all started. He showed us the short that he did about this amazing dancer from a favela in Brazil, and the impact that she has on her community and we said, 'Oh my God this is perfect. Let's build an entire concept around it. Let's tell stories that are female driven to try and inspire other people to act and do good'.

How do you think this project will help change women's lives?

What I would love to happen is literally to create a community of people that do something good and worthwhile. Because the thing about doing good and making a change is something everyone wants to do. But we always feel like, 'Oh my God, but there's so much to do, where do we start?'. The thing about the show is to start small so that you can start with small actions, and yet have great impact. I would love to have a community of good-doers. Because we're all connected, no matter where we are in the world. We're all human beings and we essentially suffer from very similar problems. If we can get this connectivity to work within itself, it's a huge win for me, this is something that I would love to achieve. But again, you start small and you hope that the ripple effect will work its way. Tuany Nascimento, in purple, and her students practice ballet in the Morro do Adeus favela in Rio de Janeiro. (Photo: Sebastian Gil Miranda)

What surprised you the most when learning about these women's stories?

Their determination surprised and inspired me. We started to do the research for the stories of the different women about three years ago. We had some stories that took place in the United States and the rest of them were all in different continents. Then Covid hit. We thought we gotta go back to the sketch board and figure out, like domestic stories, that they are strong enough to have an effect to inspire people. The amount of stories that we found were mind blowing. I feel like we're living in such a dark era, where there's so many blaming fingers and people are not taking responsibility for their actions and they're just angry. That was at least my experience. There's something so refreshing to surround yourself in, to hear and see stories that are driven by goodwill. I guess that was the biggest thing for me.

Did you get any advice from these six amazing women?

Wow, I learned a lot from them. Kelsey who lost her sister Audrey to Covid, and her sister was a nurse. When I spoke to her it was still quite fresh, you know. It happened recently. When I saw the hope she had in her eyes and the joy she had, and how she decided that life is stronger than anything. She chose to live a certain way and do good. I was very, very impressed. It's so easy to be in the position of victimising and to feeling sorry for yourself. And she did the exact opposite. So to me this is extremely inspiring.

Who are some of the women that had a personal impact on your life?

So many, the best role models you have are the ones that you grow up with. So it's my mom and my grandma. They were like teachers and still are. My mother raised both my sister and I to be confident and love ourselves and dream and dare. But as I grew up, I had so many women that I was so inspired and affected by like Madonna. She was one of my idols. As were Maya Angelou, Hillary Clinton, Michelle Obama and Angela Merkel. There are just so many women that I'm inspired by. 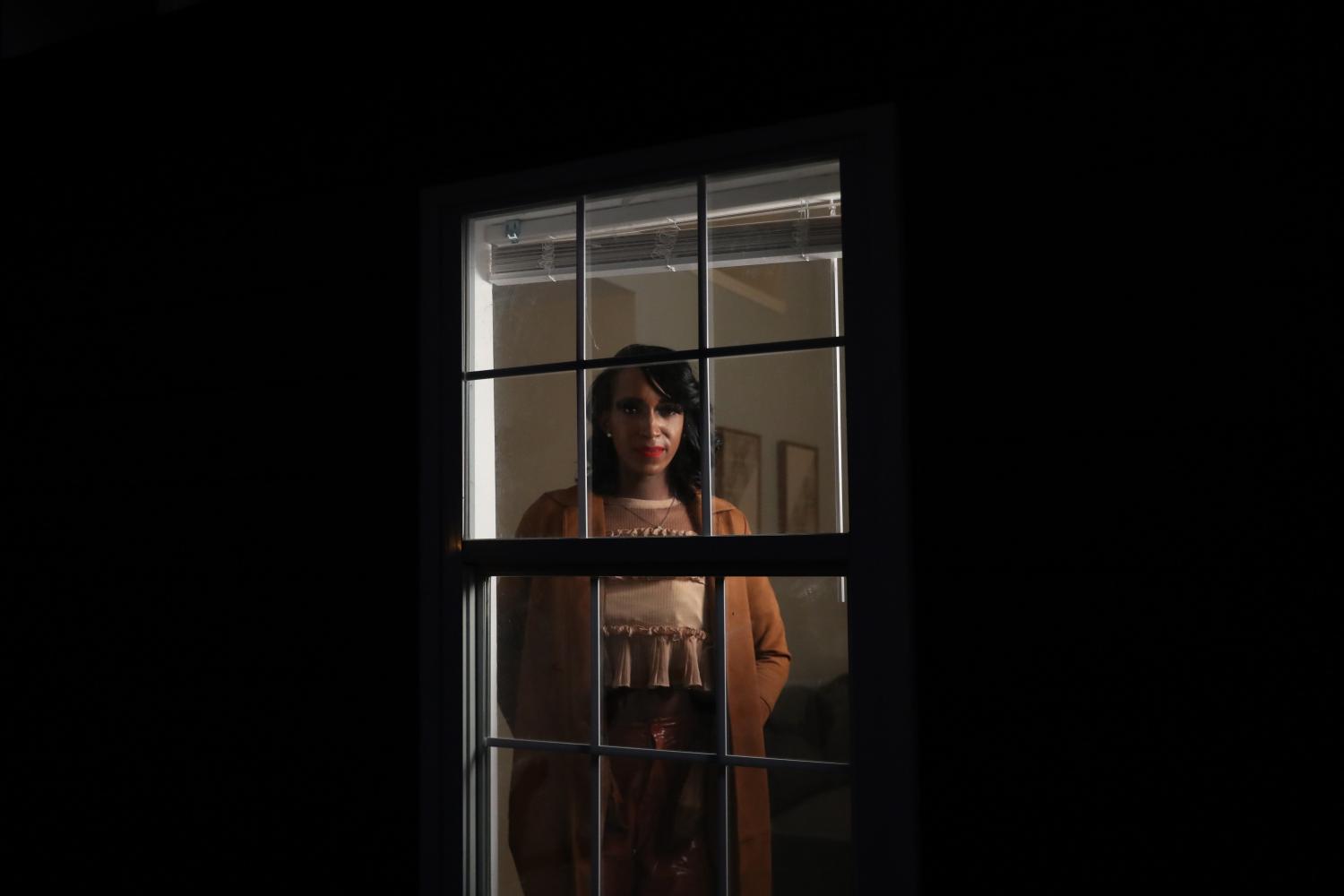 There's ongoing criticism on the internet about your past in the military. Especially during the time when you were promoting Wonder Woman. How do you overcome all the challenges, and move forward with your humanitarian activism and doing what you're doing right now?

I think much of it comes from ignorance and people not understanding what most people do in the army in Israel or what I did during my service in the military. But I think that the thing that works best for me is to mute all these noises, and just keep doing good, and try to implement the values that I believe in and send this narrative out to the world. The internet and all these social media can be very dark and full of hate and negativity. When I read it, I'm like wow, they obviously have no idea. Being an Israeli and going into the army is an integral thing. It's something that you have to do. It's mandatory. Everybody does it.

What has been your biggest struggle? 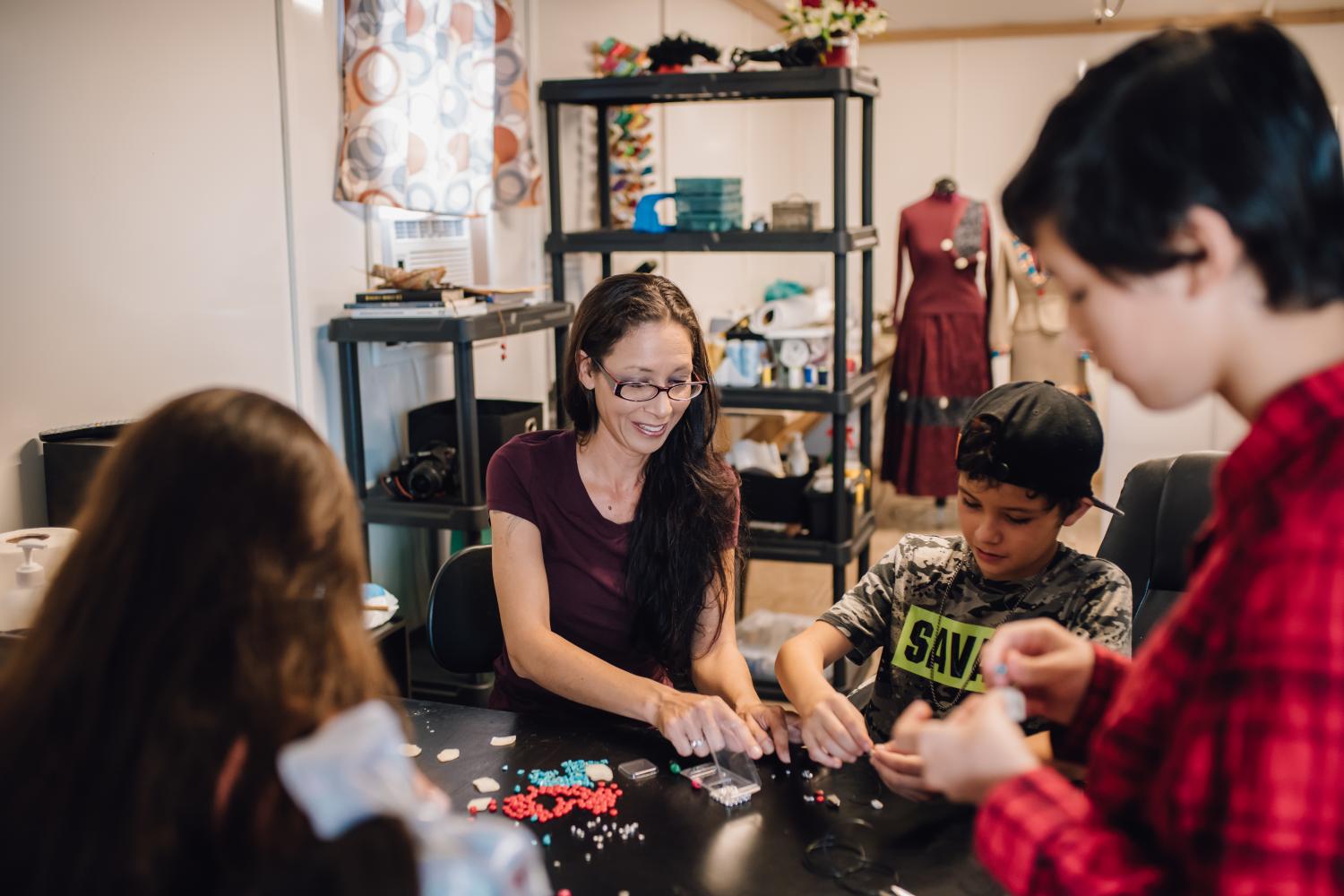 Chief Shirell Parfait-Dardar teaches her children and others from her tribe how to make traditional jewellery. (Photo: Jordan Hefler) 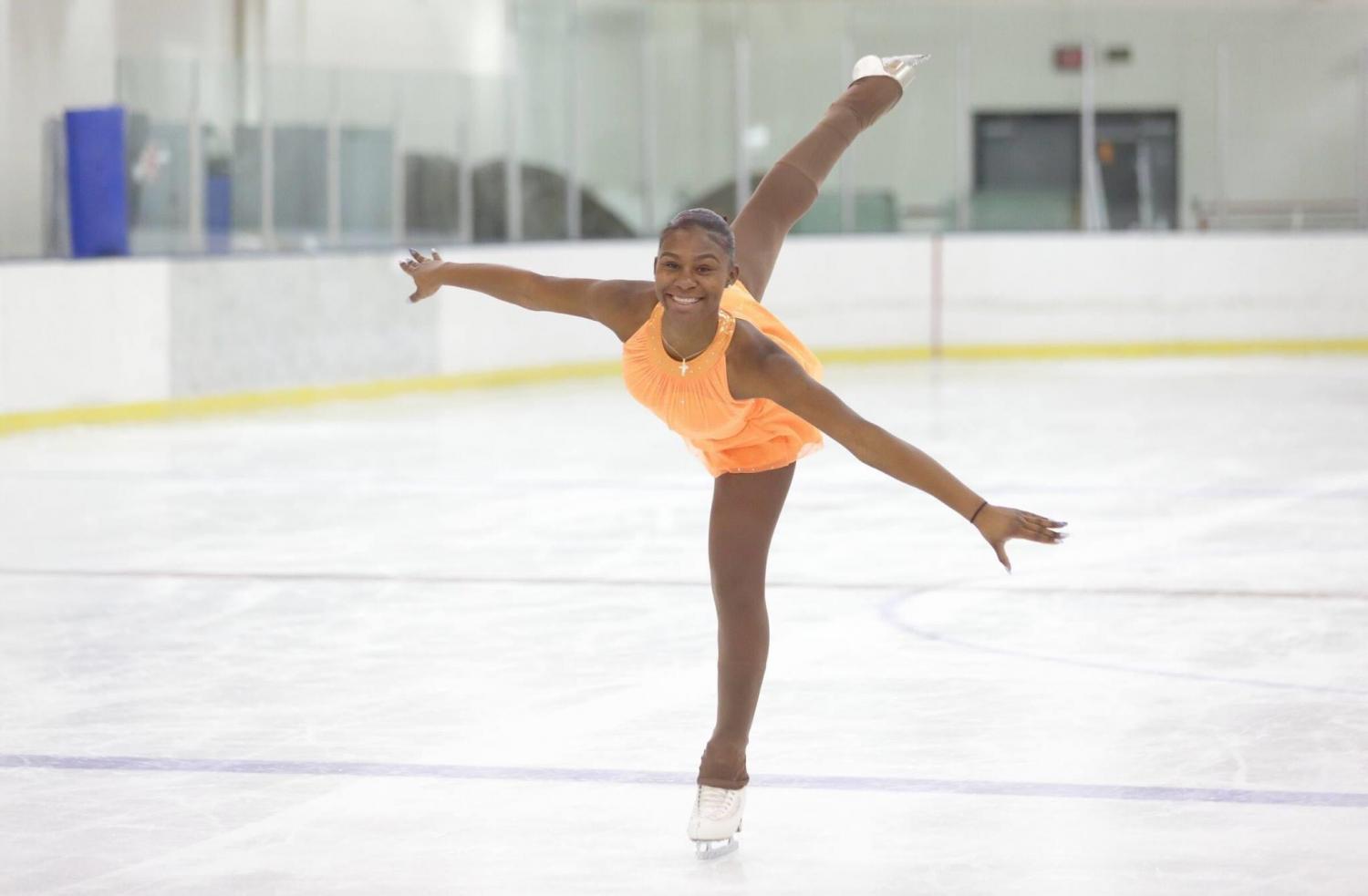