Death by a thousand cuts

A history of film censorship in Thailand

The film director Apichatpong Weerasethakul, is the most celebrated Thai creative artist in the world today, awarded the Palme d'Or at Cannes in 2010 and a string of other international prizes. After wrestling with the Thai censors, he decided first to stop showing his films in Thailand, and then to stop making his films here. He has recently been making a film with an international star cast in Colombia, almost exactly the opposite point on the globe, the farthest possible distance from Thailand on the planet. 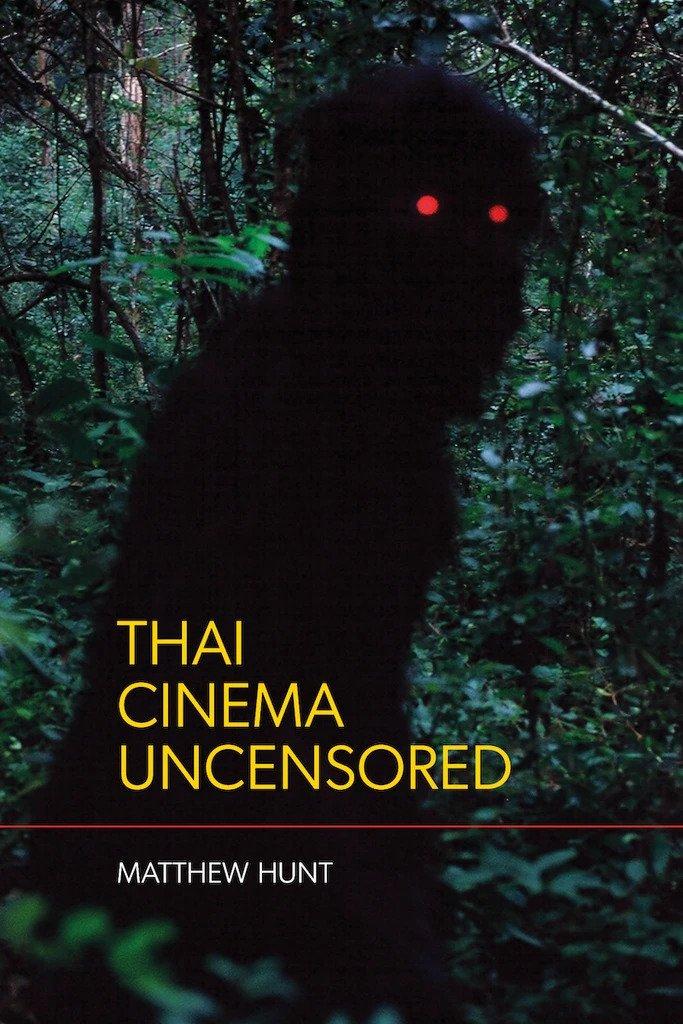 A red-eyed monkey-spirit from Apichatpong's Uncle Boonmee Who Can Recall His Past Lives peers at us quizzically from the cover of this splendid book. Perhaps he is asking: "What is going on?"

In the first half of his book, Matthew Hunt traces the history of film censorship in Thailand from the first movie shot in the country in 1923 to the conflicts of the present day. The study is thoroughly researched, clearly organised and very readable. From 1923 to 2008, censorship was entirely in the hands of police and bureaucrats enforcing laws and regulations worded broadly enough to give them virtually absolute power. In the early 21st century, the film industry campaigned for a rating system and more transparent regulations. The 2008 Film and Video Act introduced a rating system but was hardly a triumph. Government representatives still have a built-in majority on the censorship committee. This committee can still ban a film which is "contrary to public order or good morals, or may affect the security and dignity of Thailand". And of course "good morals" and "security" are concepts subject to wide interpretation.

Hunt divides his account of the record of censorship into three parts: the depiction of sexual activity; references to religion; and politics. On sex and religion, the censors have become significantly more liberal over the last two decades. Politics, by contrast, is a battlefield. Thailand has become a much more political society over the past generation, and this has affected the film industry like everything else. Directors have begun making more political films. Pen-ek Ratanaruang recalls that he originally had little interest in politics. He came from a middle-class background and shared the middle-class dislike of Thaksin Shinawatra. But during the red-yellow clashes, he became fascinated by political conflict. In 2013 he made Paradoxocracy, a documentary of Thai political history, compiled through interviews with Thai historians. Because many other people had become suddenly inquisitive about Thai politics, the film was an unlikely success. In a superb passage of the book, Hunt tracks all the films referencing political events, event by event, from the 1973 student uprising to the 2014 coup.

In the second half of the book, Hunt interviews 10 directors whose films have been embroiled in disputes with censors over the last 15 years. Apichatpong and Pen-ek now have an international standing and access to international funding. They can be scathing about the censors. Apichatpong mischievously wonders whether the censors demanded cuts in his films in hope they would be offered a bribe. Pen-ek gleefully recounts how changes demanded by the censors inadvertently made his political points more powerful.

Most of the other directors interviewed cannot be so sanguine. They are drawn to make films on political themes because that is what seems important to them at this point in history. They have to spend time and nervous energy dealing with the censorship process. They often end up making films that are shown to very limited audiences or none at all. They struggle for funding. For every little victory, there is a ton of frustration. Kanitta Kwunyoo, who had to recut her film Karma overnight to satisfy both censors and sponsors, said: "I would say that I cut the film through my tears." Ing Kanjanavanit wonders why cinema alone has this scaffolding of censorship that allows "a bunch of trembling morons" to savage or kill the work into which they have invested "heart, soul, health and money".

The censors continue to cut or ban films on grounds they create a "negative image for Thailand". But surely the news that the country's most famous director has exiled his own work is much more damaging.

Matthew Hunt has written a dispassionate and fascinating book which has relevance for film, contemporary culture and politics in general. He ends the book with Yuthlert Sippapak's summing up: "We are in a jail of imagination. We are like painting in prison. Yes, we can paint, but painting in prison."