Discovering the origins of the kingdom
Life
Arts & Entertainment

Discovering the origins of the kingdom

In Ashin Of The North, the creators of the Netflix megahit explore the universal themes of politics, power and corruption

Season 2 of Kingdom ended in quite a shocking fashion, leaving all of us global fans wanting to find out more about all the unanswered questions. Especially when we got a glimpse of South Korean megastar Jun Ji-Hyun, who plays the mysterious character Ashin, at the end of the season.

Instead of giving us the long-awaited Season 3, Netflix has provided Kingdom: Ashin Of The North, a 92-minute special released last Friday, that follows the origins of Ashin who was the first to encounter mysterious plants believed to have caused the deadly plague that swept across the kingdom, from Dongnae to the capital city of Hanyang, turning people into flesh-eating zombies.

Like the previous two seasons, Ashin Of The North was created and written by Kim Eun-hee and directed by Kim Seong-hun. The show provided a refreshing take on both the historical and horror genre, masterfully using a zombie pandemic as a storytelling device to explore the universal themes of politics, power and corruption. And while the creators said that the new special episode isn't necessarily a prequel, we get to see events that led to the chaos we know and love in the series.

"The new episode focuses on an area that is an abandoned outpost and hides the secret behind the origin of the resurrection plant. It's about the question 'Where did this plant come from and how did it enter Joseon?', and 'Who is this character Ashin?', and 'What happened in the far north?'. So in this episode, we're just going to look into all of those questions," Kim Eun-hee, the writer of the series, said during a recent online media conference, appearing alongside director Kim Seong-hun and other cast and crew of Ashin Of The North.

"When I was working on the script, I spent a lot of time thinking about and studying the origin of the resurrection plant. So this plant has very cold properties if you will. I've been looking into these cold areas in our land and near our land. There are what are called the Four Abolished Outposts. And in ancient written works I found in the documents that were there at the time, certain posts that were abandoned on purpose where it was restricted. So I thought, what would the story be like if the resurrection plant originated from this very abandoned outpost?" 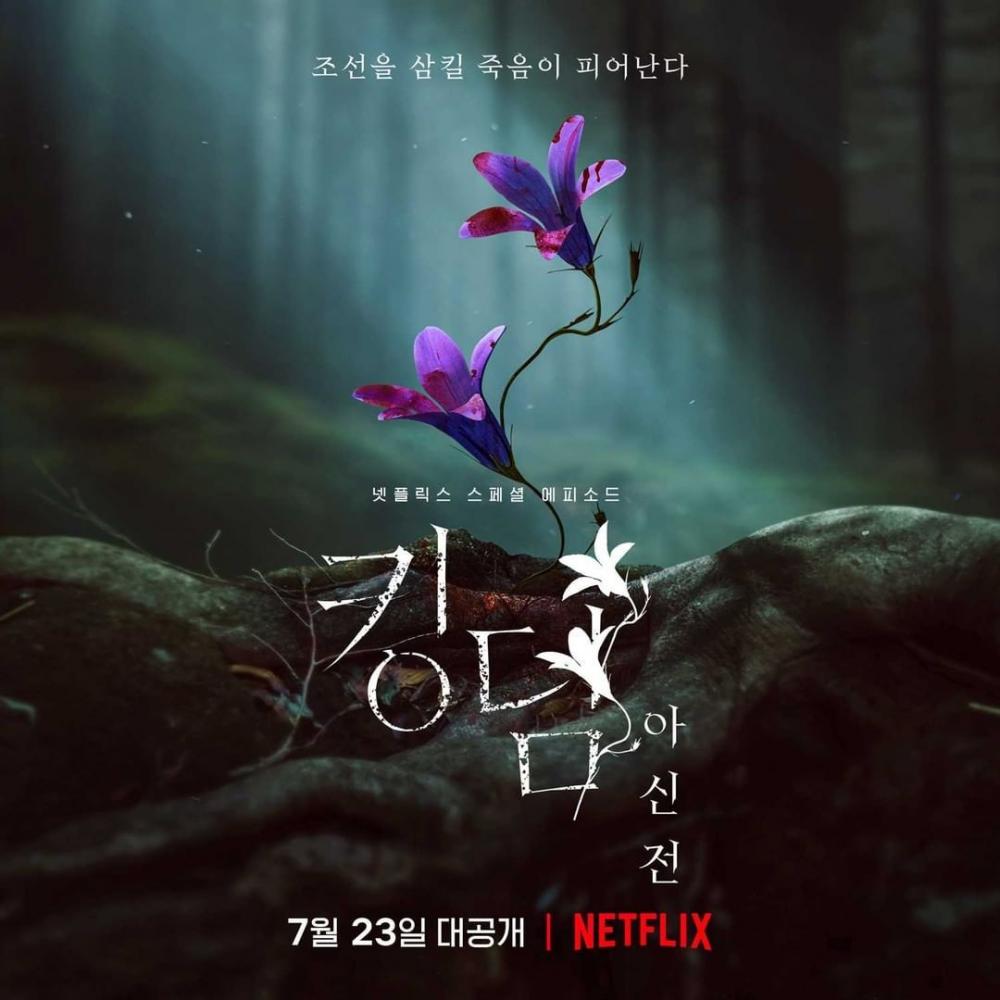 The premise of Ashin Of The North centres on a young girl from the end of Northern Joseon who knows the truth about the resurrection plant. Ashin grew up by the Amnok River border region as one of the Seongjeoyains who were ostracised and discriminated against. She and her father were part of a foreign tribe that had settled within the Kingdom of Joseon. One day, she wanders into a prohibited forest and coincidentally stumbles across the mysterious plant and a mural containing its secrets. And after she loses her loved one in a sudden attack, it sets Ashin down a path of betrayal, prejudice and revenge.

Rounding out the cast in the new episode are reliable, skilled actors such as Kim Roi-ha as Ashin's father Tahab. Tahab is a character who "symbolises the resilience of the people", as described by writer Kim, and he retains gratitude toward Joseon for sheltering his ancestors; Koo Kyo-hwan, an actor who plays the Pajeowi chief Aidagan who threatens to overtake Joseon's northern regions. His character is a ruthless leader capable of great atrocities that brings much intensity and suspense to the storyline. The 13-year-old actress Kim Shi-A as the young Ashin brings much impact in the first half as Ashin discovers the resurrection plant capable of reviving the dead at the Four Abolished Outposts.

Jun Ji-Hyun, who is better known globally as Gianna Jun, expressed excitement to play such key important roles as an adult version of Ashin, as well as to get on board with such a popular series. 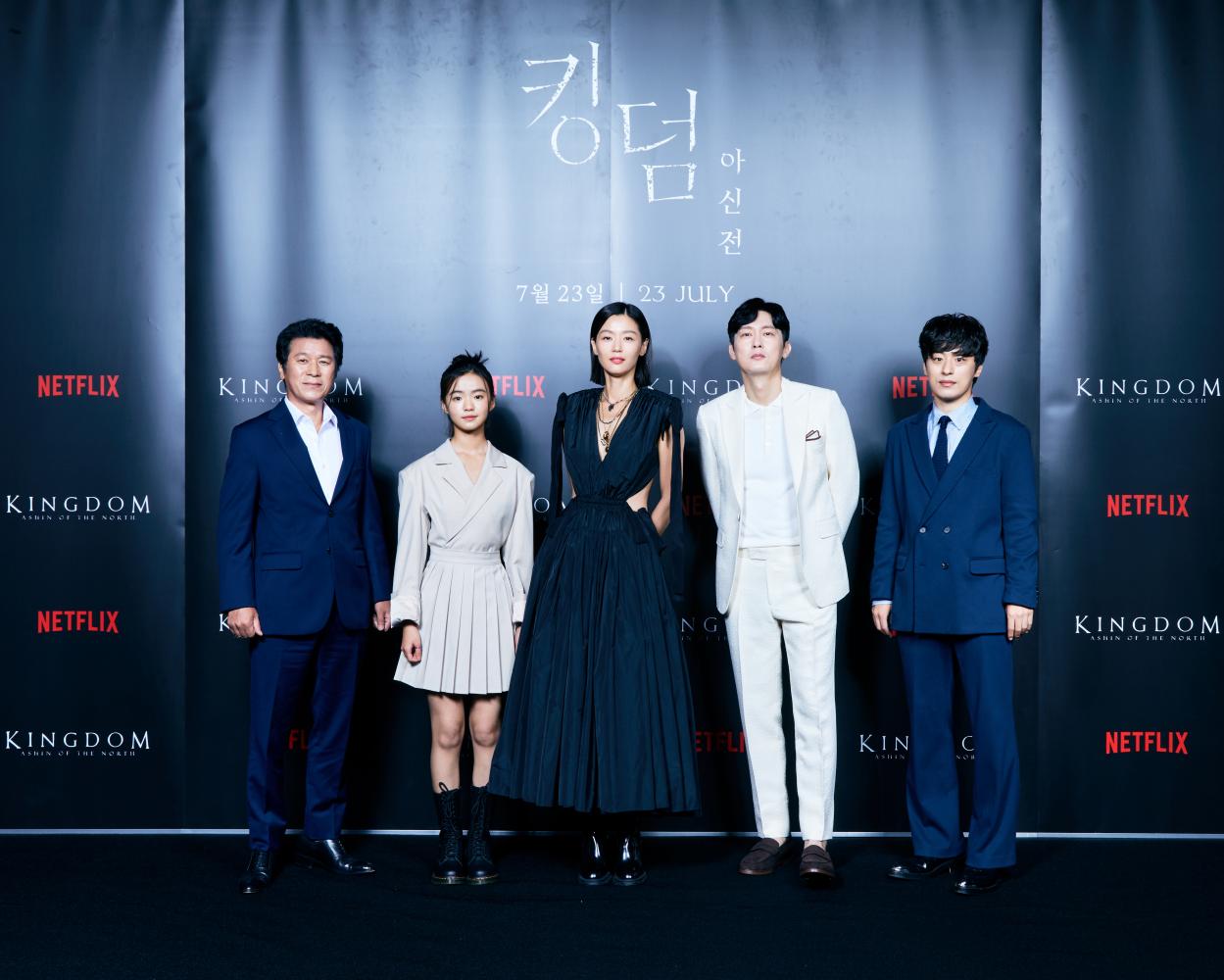 "Kingdom is not a zombie flick, but rather a genre of its own. Since I was such a huge fan of this series, I had to take the role," she said. "After the last episode and Season 2 when I appeared, a lot of people asked me, 'What are you doing? Why am I in the Kingdom at all?' [laughs]. And after learning more about the character Ashin I really looked forward to this universe being expanded even further and the fact that I was given that opportunity to do that. I was really excited."

Seong-hun expressed admiration for Jun's impressive acting skills, saying: "The moment we filmed the first scene, all the staff members could see why Jun has received so much love for the past 20 years."

Kim added that she wrote the character with Jun in mind.

"I feel like she has an amazing acting spectrum. A lot of global fans know her as the queen of romantic comedy, but when you look at works like The Berlin File (2013) or Assassination (2015), you can really see her performing this character who has a very deeply rooted sadness or anguish inside," the writer pointed out.

"That was something I really wanted to bring to the character, as in someone who was like a swordswoman, like a warrior, who had this deep inner world, in contrast to her exterior. So I really thought of her when I was writing the character and I was extremely happy that she accepted the role." 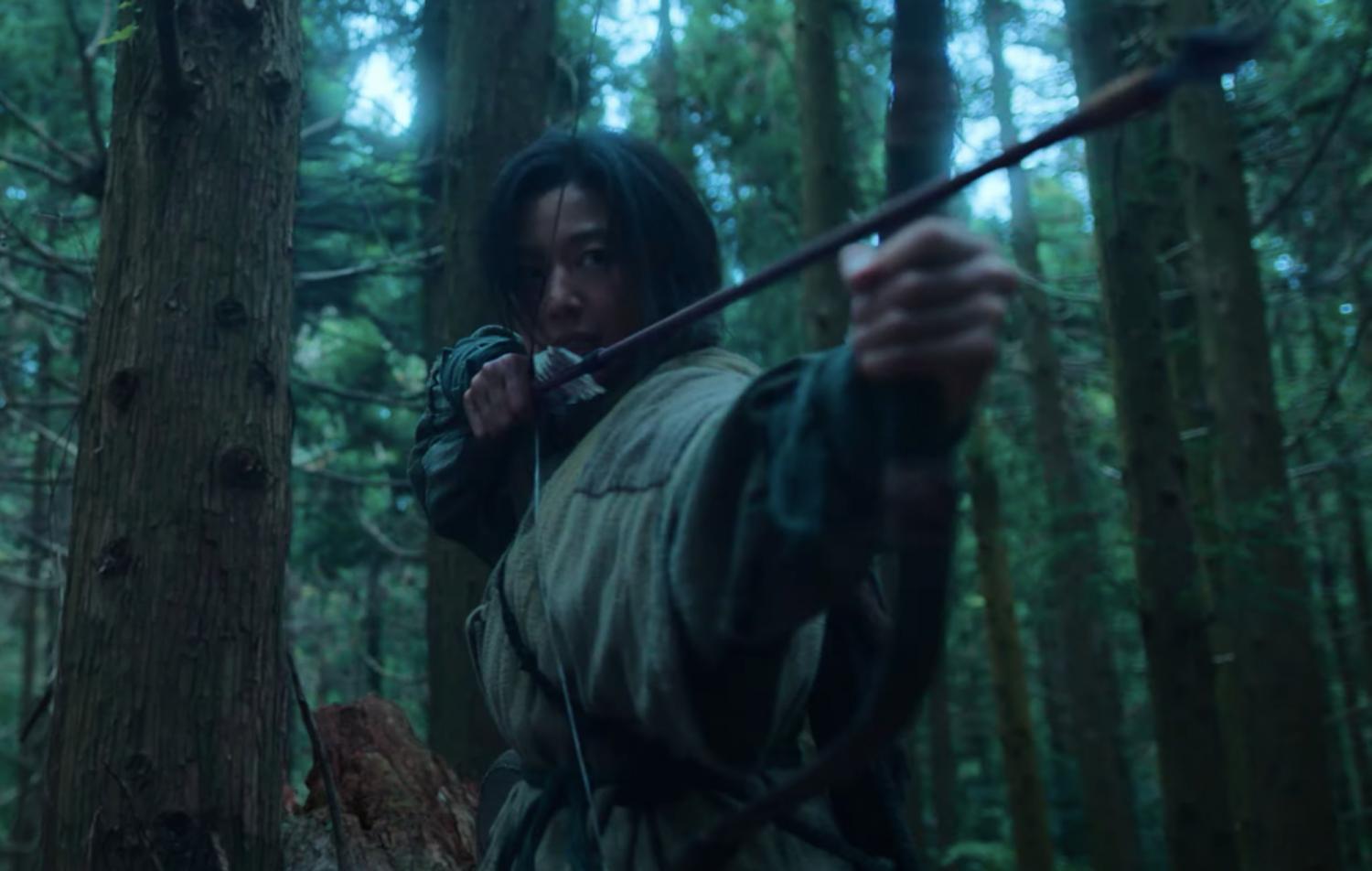 Over the past decade, South Korea has made the zombie genre its own by delivering highly original content such as the 2016 blockbuster Train To Busan, and its sequel Peninsula (2020), and the animated Seoul Station (2016), Rampant (2018) and #Alive (2020). The Kingdom series in particular received worldwide acclaim for melding a Western-based genre into a traditional Korean backdrop. The New York Times named the show one of "The Best International Shows of 2020". Kim believes South Korean zombie stories have become globally famous as the writers and filmmakers focus on telling original stories to stand apart from their Western counterparts.

"Usually, it's Hollywood that does the best job because they have the finances and the know-how," he said. "What the Korean creators are trying to do is to become more original and have more original stories in the zombie genre, which makes them look great. I think that's why so many people love the Korean style." 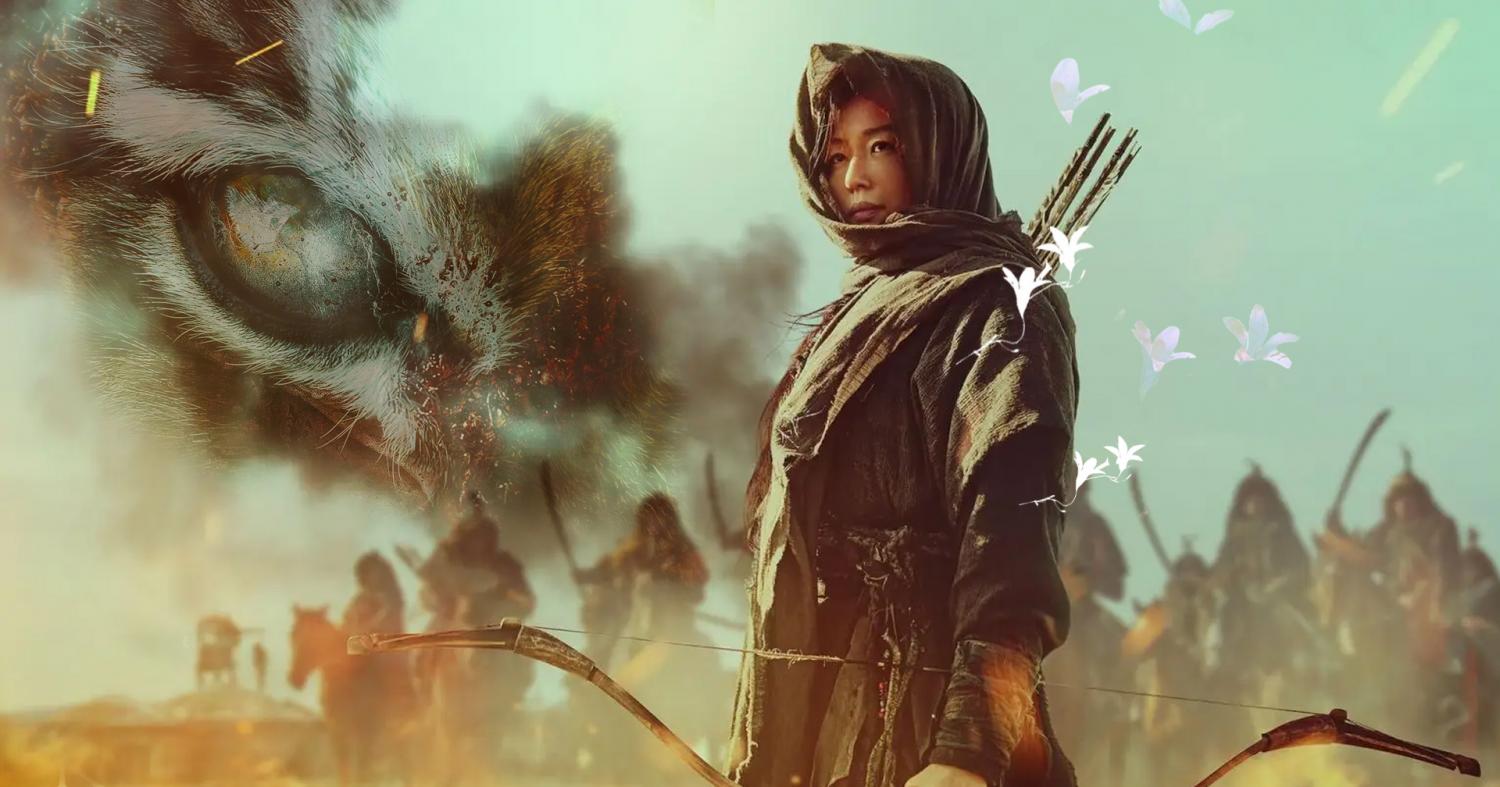 Kingdom: Ashin of the North. 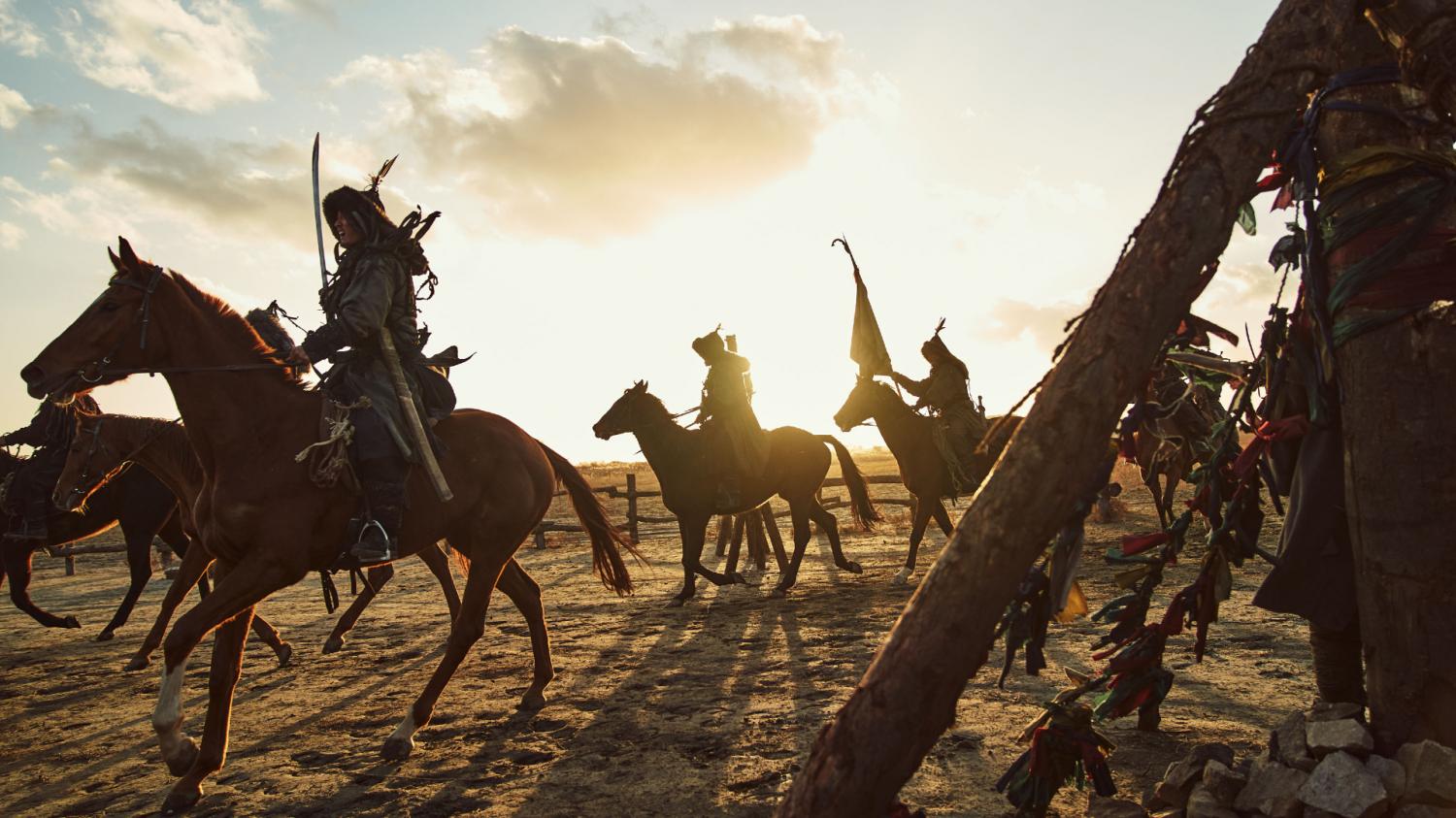