Whether you believe in life after death or not, we can all agree that it would be nice to have more time to settle matters or have the chance to say goodbye to loved ones before we continue our journey into the afterlife. This combination of romance and supernatural has been used in a number of films over the years like Ghost, a blockbuster hit from 1990, and more recently in Endless (2020). These films are usually designed to be feel-good or tear-jerkers and you'll get both from the latest Netflix original Afterlife Of The Party.

Written by Carrie Freedle and directed by Stephen Herek, Afterlife Of The Party follows Cassie (Victoria Justice), a party planner and a social butterfly. Cassie seems to have a great life, but an accident on her 25th birthday celebration leaves her in the waiting room of the afterlife. There, Cassie meets Val (Robyn Scott), a guardian angel who explains that she has only five days as an intern angel to right her wrongs on Earth by reconnecting with loved ones, her best friend Lisa (Midori Francis), her grieving father (Adam Garcia) and her estranged mother (Gloria Garcia). In order to fix these relationships and make it to heaven, Cassie finds a way to reconnect and communicate with Lisa who helps her on a spiritual mission of reflection and forgiveness.

It's appropriate to call this movie a chick flick as the film focuses on romance, fashion, pop music, modern city life and technology references such as comedy gags from social media to Google Home devices. As for character progression, we get to see Cassie become a better human step-by-step even though she's not a person anymore. We have a character who has to learn something about themselves and help others, with the main obstacle being that others can't see her. What really makes this film work is the Justice and Francis dynamic because even though they're best friends, they do not always see eye-to-eye or get along even after Cassie's death. Their sharp banter and surprisingly emotional performances manage to carry the formulaic narrative all the way to the end.

Although this is mainly Cassie's story and her mission to help important people around her, there is also a romantic comedy aspect to the story too. Lisa has a crush on a neighbour and they're both extremely introverted, which then leads to some awkward and cute exchanges. Cassie's guardian angel, Val, was my favourite character even though she doesn't have as much screen time compared to others. However, the filmmakers definitely made good use of her when they could. She has some of the funniest and most memorable dialogue in the movie and it's a treat to watch her whenever she's on-screen. 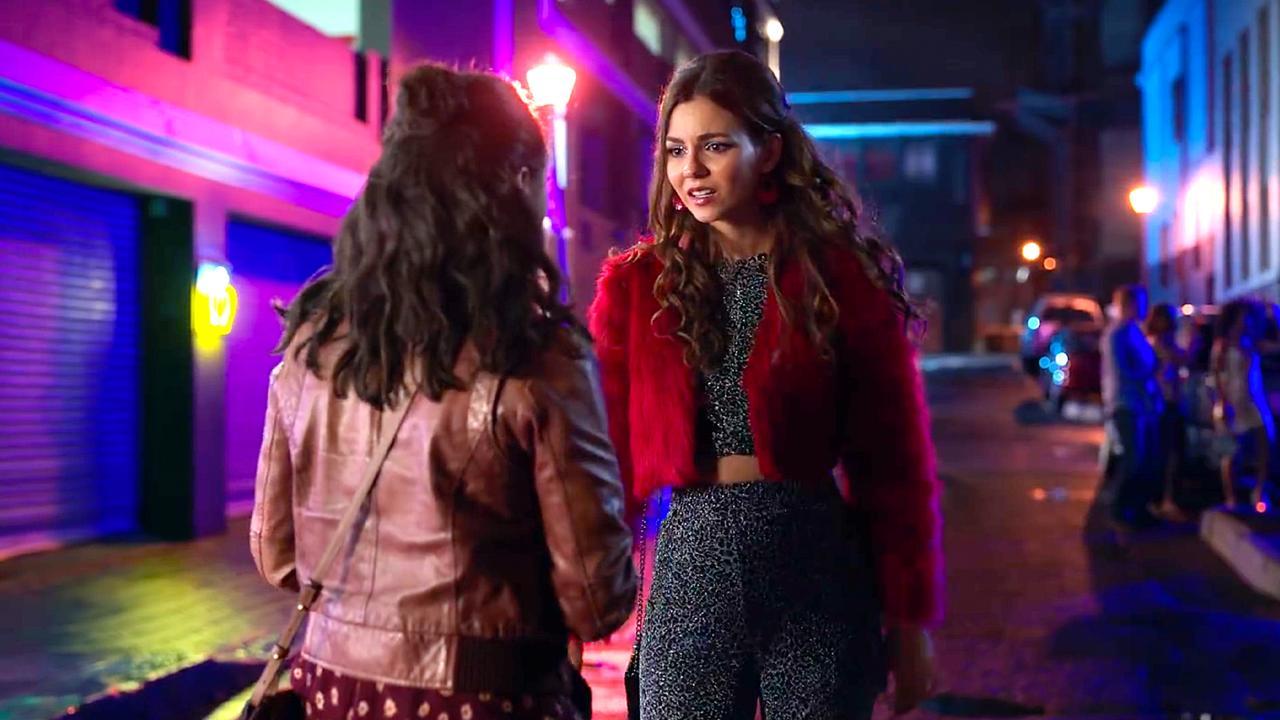 The humour in this movie is mild and I think it's more lighthearted than funny, even though the story felt like it was trying to go for laughs at times. The premise and story progression of this movie are fairly predictable and I knew where the plot was headed. There are a few times where the pace seemed to drag as the story becomes a bit repetitive but it isn't bad to the point I became disinterested in what was going on.

Ultimately, Afterlife Of The Party is far from being original or groundbreaking. Instead, it's a formulaic fantasy rom-com that does what's been done before, but packs it in a format for millennials and Gen Z. Despite being very predictable, the drama and a fair share of heartwarming elements were handled pretty well. So if you're in the mood for a chick flick with a little bit of heart, then give this film a try.