When a writer replaces his pen for a paintbrush, the outcome takes on a new dimension as seen in the artworks of writer-turned-artist Jirapatt Aungsumalee's latest politically charged exhibition titled "DARK".

As an artist, he is best known for using oil pastel on paper with a dash of acrylic on canvas to highlight his theme.

Housed at VS Gallery, from today until Nov 13, the theme is a current one. Thailand's volatile political situation, which the artist opts to showcase in the poignant form to evoke desire in people for change.

Despite being a writer for decades, his desire to use his talent in fine art painting for narration purposes gained momentum while observing the political situation in the country go from bad to worse.

The 68-year-old Jirapatt said he began to empathise with the political struggle of the current Thai generation's desire to experience democracy and human rights. To throw his support behind this noble cause, he began to become vocal about these views on social media and other platforms, including art. 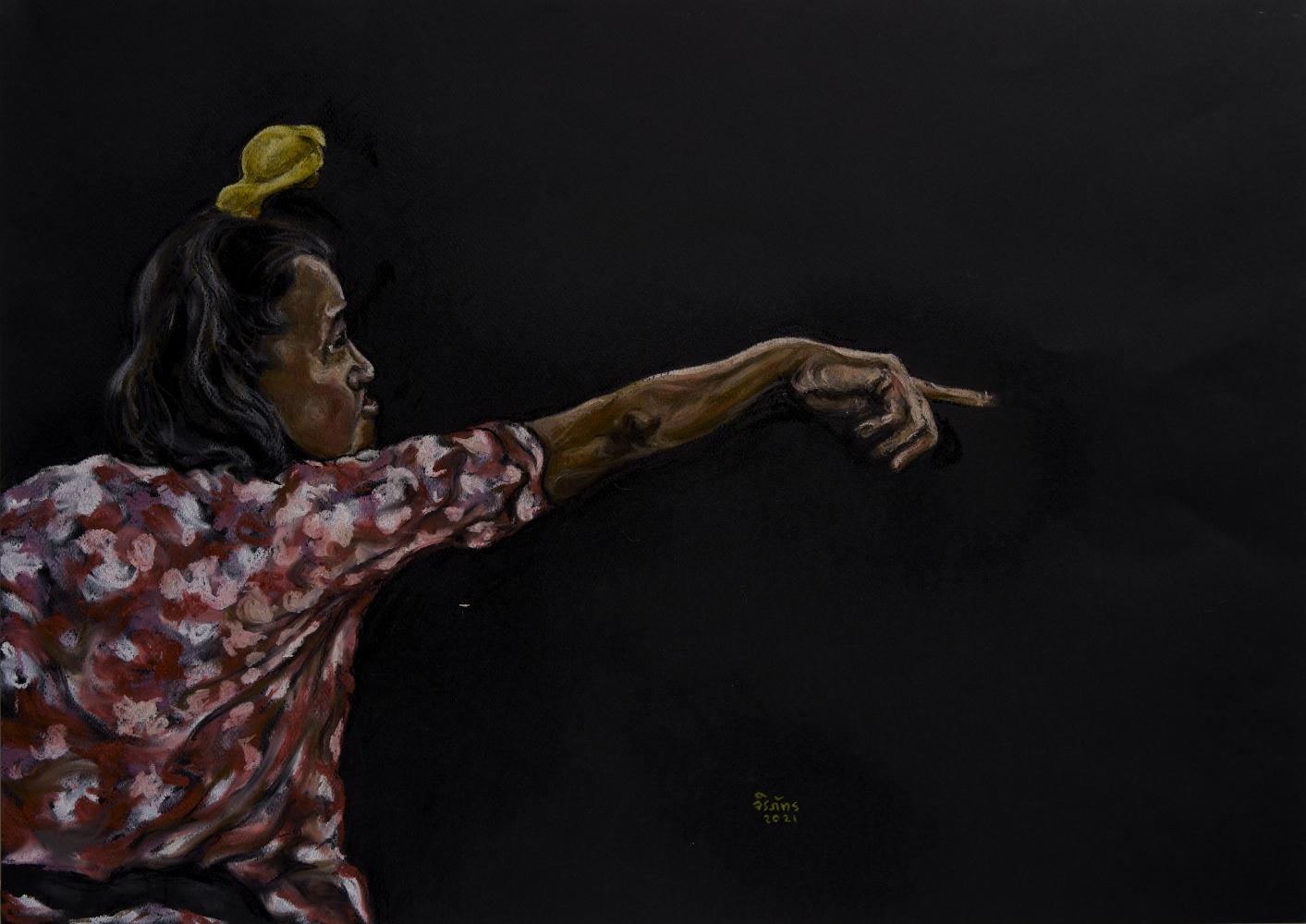 (Courtesy of VS Gallery)

He believes art can be used as a vehicle to interpret the hope and despair of today's youth and their struggle towards overcoming long-lasting structural social and political problems within Thai society.

Jirapatt's strategy to develop this art collection began with a simple black paper format. From experience, he believes that to sometimes make a concept clear, one has to use the method of reading between the lines, thus creating artwork open to interpretation.

Using black as a backdrop, he focuses on portrait paintings of headless humans in uniform that depict established institutions that yield significant political authority to maintain their status quo over their citizens. The despondency found in the present political situation is highlighted by the black backdrop and reflection of a spectator's face on the glass frame.

Jirapatt uses this technique to encourage the audience to explore the meaning of social injustice and question the inadequate distribution of opportunities that more often than not arise from a flawed system.

The second portion of the exhibition details the current political protests in Thailand. Jirapatt brings the atmosphere to the canvas by showcasing paintings of political and protest leaders, memorable events, and political memorabilia that include dinosaurs and yellow duck air dolls used as political symbols.

View the exhibition at facebook.com/VSGalleryBangkok. 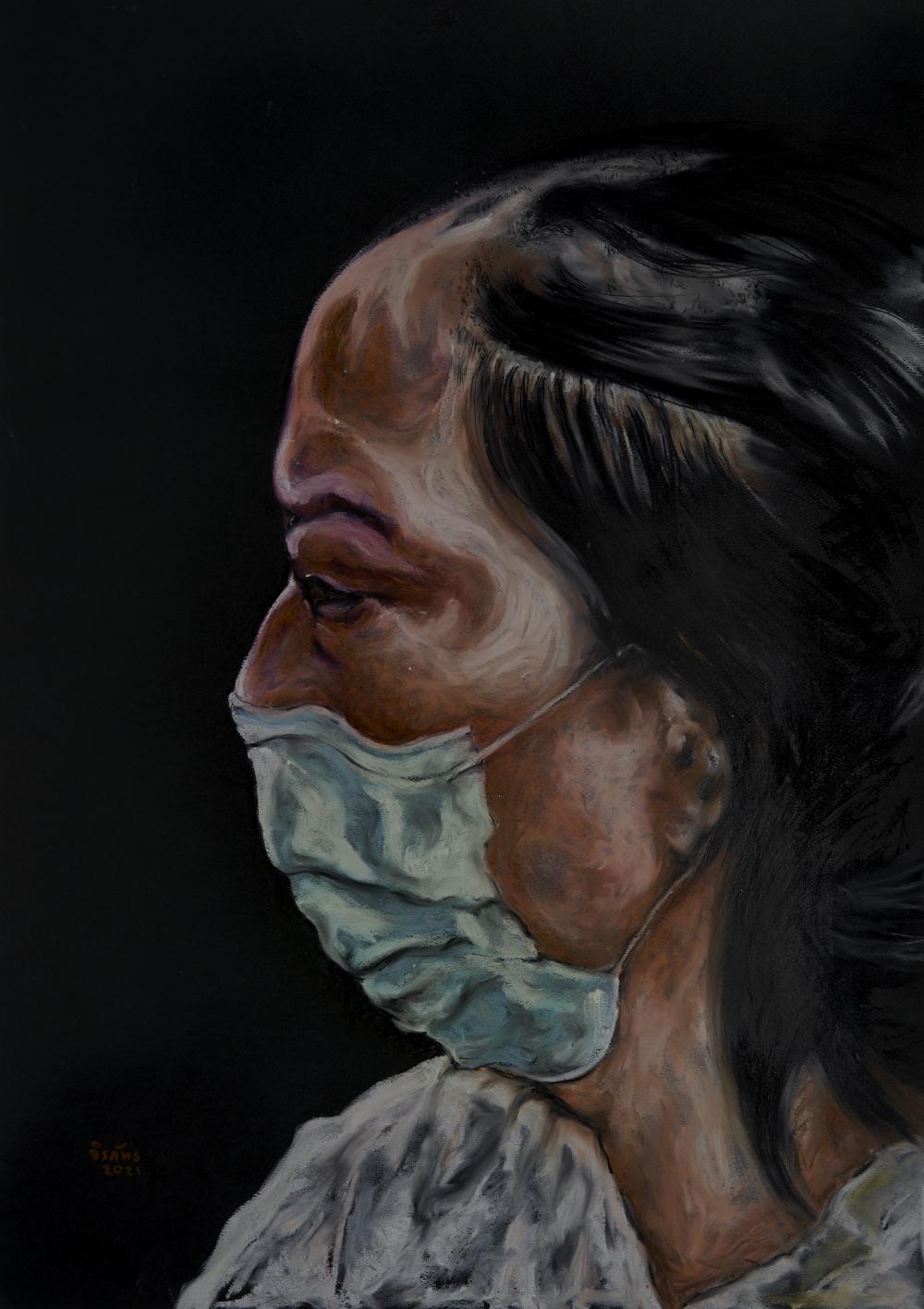 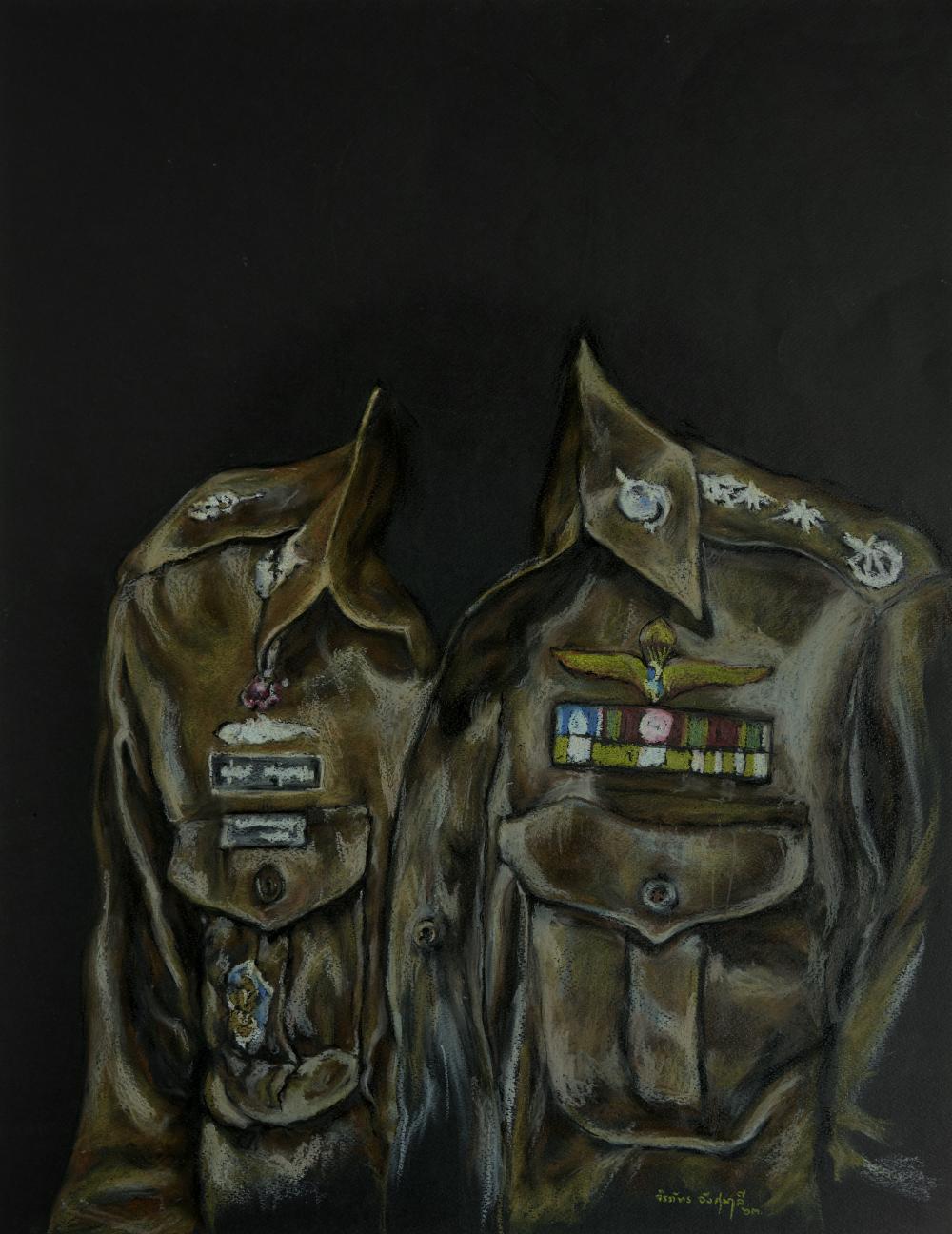