Even though Natasha Romanoff, aka Black Widow, was a strong supporting character rather than a main title character in the Marvel Cinematic Universe (MCU), she developed a great deal as one of the Avengers since her first appearance over a decade ago in Iron Man 2 (2010). So it's quite hard to believe that Black Widow finally got a solo adventure.

Many fans were curious to learn how Marvel would share the origins of Black Widow and the story takes us back to before she became a member of the Avengers and long before her fate in Avengers: Endgame (2019), in which she sacrifices her life for the Soul Stone. This week, fans finally got to see Black Widow and had the choice between seeing it in a theatre or on the Disney+ streaming service. Fortunately, I didn't pay money to see this film in a theatre.

Directed by Cate Shortland and produced by Kevin Feige, Black Widow is known as the first film in MCU's phase four. Set after the events of Captain America: Civil War (2016) and before Avengers: Endgame (2019), the film sees Natasha on the run where she is forced to confront her dark past. When a dangerous conspiracy forms, leading to a force that will stop at nothing to bring her down, Natasha must deal with her history as a spy and broken family relationships before she was an Avenger. She meets up with some of her former associates and decides to go down a dark path of revenge and track down those responsible for a considerable amount of her trauma -- the men behind the Black Widow programme.

Scarlett Johansson stars as Black Widow, and she is great in this character. I've loved her contributions to the MCU over the years. With some good performances by cast members and the exception of a few decent action sequences, Black Widow suffers from a dull script as well as poor execution. It feels like a filler movie and doesn't feel like it has to exist because the story doesn't have anything significant to say. It's just part of Marvel's marketing scheme to tie it into future MCU projects. 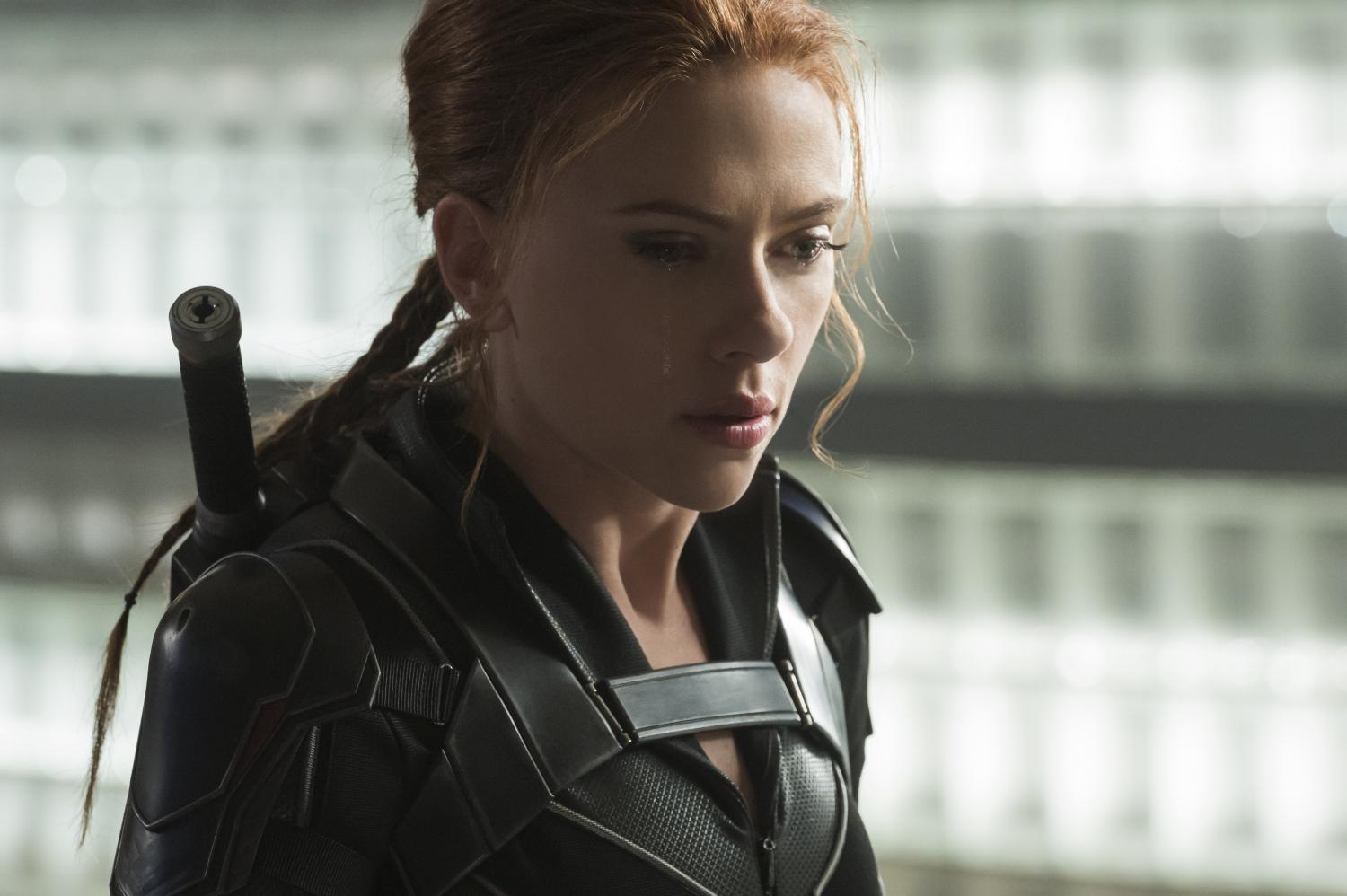 The pace of this film is slow and boring. It takes about 40 minutes to figure out what it's about and what the main purpose of Natasha's character is besides hiding in a remote country in the first half of the film. It just felt like a lazy way to tell the story of such an intriguing character because the viewer has very little motivation to follow along until the last two quarters of the film when the action picks up. Much of Black Widow's action sequences also don't feel like a Marvel film at all. Since her character doesn't really have superhero powers like Thor or Captain America, it feels natural for Black Widow to be compared to The Bourne Identity (2002) or Red Sparrow (2018). The film fits in international locales, motorcycle chases, rescue missions and explosion scenes. However, there wasn't a single action scene that stood out to me as special or impressive. It felt very basic and something you have seen many times before.

What I found good about the film though is the human relationships, especially between Natasha and her estranged sister Yelena, played by Florence Pugh. They both work very well together. Pugh is easily the best part of the movie and her story is far more interesting than Black Widow's. It is very clear that they want to do more with that character in the future as a potential new replacement.

I also enjoyed David Harbour as Alexei Shostakov, aka Red Guardian, in particular. He is surprisingly funny, especially when his character and Florence Pugh are together. Those two have sharp comedic timing and they definitely lighten the mood up a little when things are becoming a snooze. As usual, the comedy in the MCU works pretty well in Black Widow but the story overall is just weak. The impact that it could potentially have on Natasha as a person is so little because we know what happens next.

It almost feels like they made the movie because they felt the need without having anything interesting to say. So they decided to use it as a way to market other things they're working on, which is an insult to Johansson's beloved character and to the fans of the franchise as well. Over the years, this iconic character has endured abuse and risked her life and limb for her team. Endgame also handled her send-off poorly and Natasha deserved a better memorial.