Recycling stories isn't new but common practice in Hollywood. However, it seems to be the main focus of Netflix lately, especially in the horror genre as some of these movies don't bring anything new to the table. For example, Stranger Things is almost a carbon copy of Stephen King's novels and a few months ago, the Fear Street trilogy reintroduced Gen Z to the teen slasher genre, which was popular back in the 1980s and 1990s, but it too fell short of developing an identity of its own.

The new horror flick There's Someone Inside Your House is no different. The film is being compared to Scream (1996) and while there are a few similarities, it's a teen slasher movie with a whodunnit mystery driving the plot. The story takes place in a small town and focuses on an ensemble cast of attractive high schoolers and a masked killer. However, if you go into this movie hoping for a clever teen slasher like Scream, you'll likely be disappointed.

Based on a novel of the same name by Stephanie Perkins and directed by Patrick Brice, There's Someone Inside Your House stars Sydney Park as Makani Young, a young girl who has moved from Hawaii to small-town Nebraska to live with her grandmother and finish high school. But as the countdown to graduation begins, her schoolmates start getting murdered by a mysterious masked killer who is intent on exposing their darkest secrets to the town. With a mysterious past of her own, Makani and her friends must discover the killer's identity before they become victims.

The movie starts out strong and I like how it dives into the slasher genre from the start to let us know how gory this is going to be. We get to see that the killer intends on exposing victims' secrets while wearing a mask that looks like them. The mask is supposed to represent the dark side of their character which is finally catching up with them. There are other moments that also feel inspired by classic slasher films. Some of them have to do with a town mystery and secrets between a group of high schoolers. Also, there's dumb police deputies and a killer with a very large hunting knife, and prank phone calls before the killings. 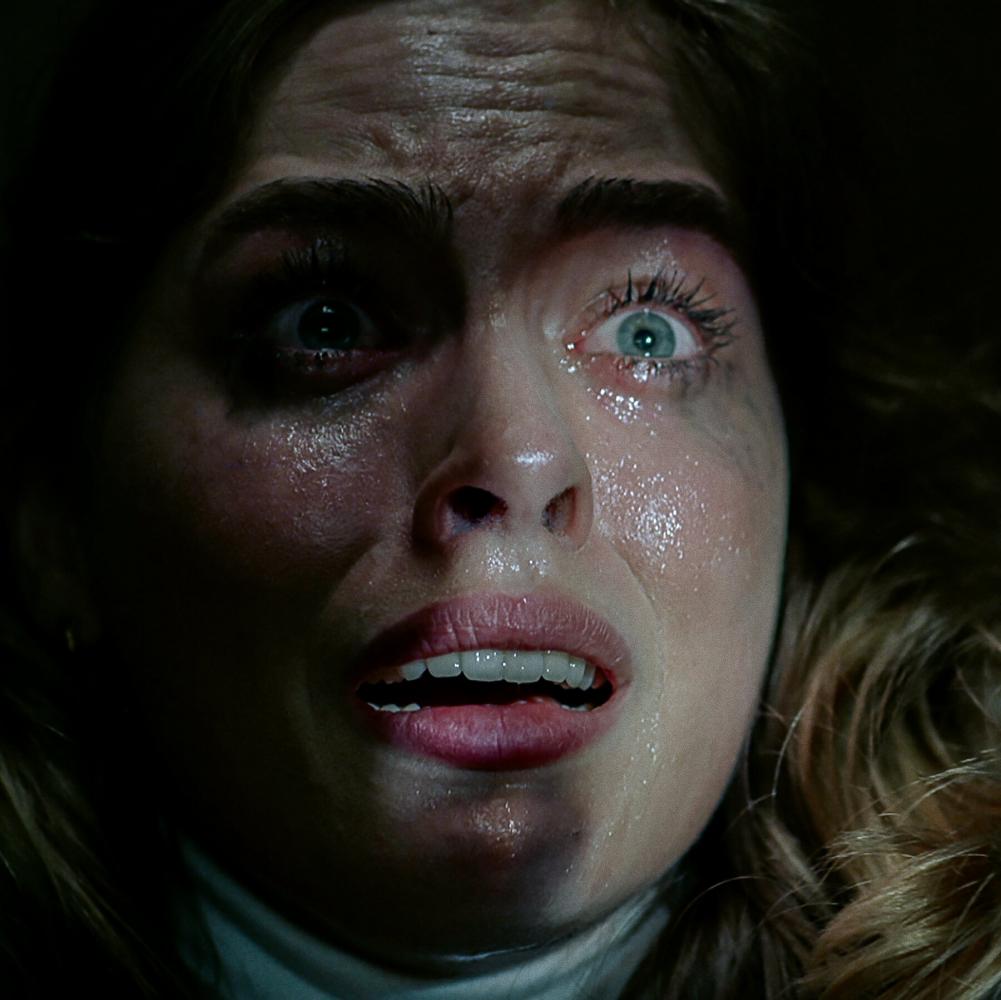 By now, you can probably already tell that this movie isn't original. It basically plays out exactly how you'd expect. Ultimately, this movie brings very little to the table in regards to new ideas or original content or theme. It's so predictable that I could tell who the killer is or which character is next to die from my knowledge of previous slasher films.

I also think that most characters in this movie are generic and stereotypical, especially the main group -- there's one with a past secret, the mysterious loner, the gay one, the rebellious rich kid, the bullied outcast, and more. However, they all felt pretty surface level as the story progressed. While there is a lot of diversity in the characters, instead of exploring anything interesting, it just felt like they were there to check the boxes. Just because there's diversity, it doesn't automatically make them good characters.

The logic behind each character's behaviour also doesn't make much sense. Most of the victims fail to call 911 even when they have a phone in hand. It also takes forever for the teams to start investigating the killings. It is not until the last quarter of the story before they start trying to figure out who the killer is and that ruined the pacing for me. The only attempt this movie makes at being different is trying to be relevant when it comes to social justice. It tries to throw as many social concepts as you can think of in an attempt to shine a light on them without thinking about why those things are important to the story in the first place. Sure, I enjoyed some of the gruesome murder scenes. After all, it's a slasher movie, so we do expect some gruesome violence, however, we also needed one that had less generic and stereotypical renditions of characters.

Overall, There's Someone Inside Your House is a movie that has potential and interesting concepts. It begins with an intriguing premise and has a creepy gimmick, but it fails to deliver on quality thrills and suffers from poor storytelling and execution. The violence is gory when it's present, but that's not enough to make this an interesting film. This is by far the most generic slasher movie you can hope for this Halloween.