There are many people who claim to personify the "origin story" of contemporary music in Thailand, but when the actual history is finally written it will be shown that it was a group of three people working together in the 1970s who laid the groundwork for everything that was to come. A paper in Hong Kong called this group "The Holy Trinity".

The senior member of that Trinity passed away on Sunday and if anyone at all can lay claim to the title of "he who lit the revolutionary torch", it is Bruce Gaston.

Bruce came from a fire-and-brimstone-preaching family in California but he was destined to follow a different God. When he was 12 years old he was playing a Beethoven concerto with Zubin Mehta conducting, and he was already fighting with the maestro because he wanted to improvise his own cadenza. "Try me," the maestro said huffily. When Bruce demonstrated, he got to do it in the concert. In college he roomed with Michael Tilson Thomas. At the opera, he accompanied Marilyn Horne. By his early 20s he was set to be a major prodigy of American music.

But then, Bruce came to Thailand as a church volunteer (others would, less kindly, say to avoid the draft). He taught music in a remote village. He discovered that Thailand is where he truly belonged and he began to study the ranaat with Thailand's most brilliant and most controversial traditional composer, Boonyong Ketkong. Boonyong's works stretched the boundaries of tradition so much that the Fine Arts Department had not yet "accepted" his work, yet he had produced masterpiece after masterpiece, including the rule-breaking Shwe Dagon, to show that Thai music could still grow and did not have to be trapped in a museum or relegated to memories of a glorious past.

In the 1970s, I returned to Thailand from my completely Western existence and he and I (and Dnu Huntrakul) began working together to forge a "New Thai Music" -- music that was fully viable in the international community, yet also had clear Asian roots. Our home was the Goethe Institute, run by the wild and visionary Dr Anton Regenberg.

They were heady days. One time, Bruce played Eric Satie's composition Vexations, a piano piece one page long that must be repeated 840 times, at the Goethe Institute at a musical event called "The Heliopolar Egg", while Dnu's composition La Mort De La Mort was premiered in another room, and in yet another Michael Ranta was waving his hands over some kind of electromagnetic device that made music by photosynthesis. Regenberg walked blissfully through the proceedings like God walking in the Garden of Eden.

Bruce taught me everything I know about Thai music. But I was his connection with his own cultural roots. I had had a flirtation with his Bible-thumpers (born again, died again) and understood that part of his childhood. We could also talk about Mahler, Berg,and Stockhausen deep into the night, with the odd reference to popular culture. For 50 years, there were things we could talk about that only we had in common.

One of my wildest memories of him was looking for a theatre to watch Star Wars in Manila, and finding a seedy place in the outskirts of town. Thailand was, I think, still under the foreign film interdict. I had seen the film dozens of times in the States. But to see his childlike wonderment at this film made me relive it all over again. 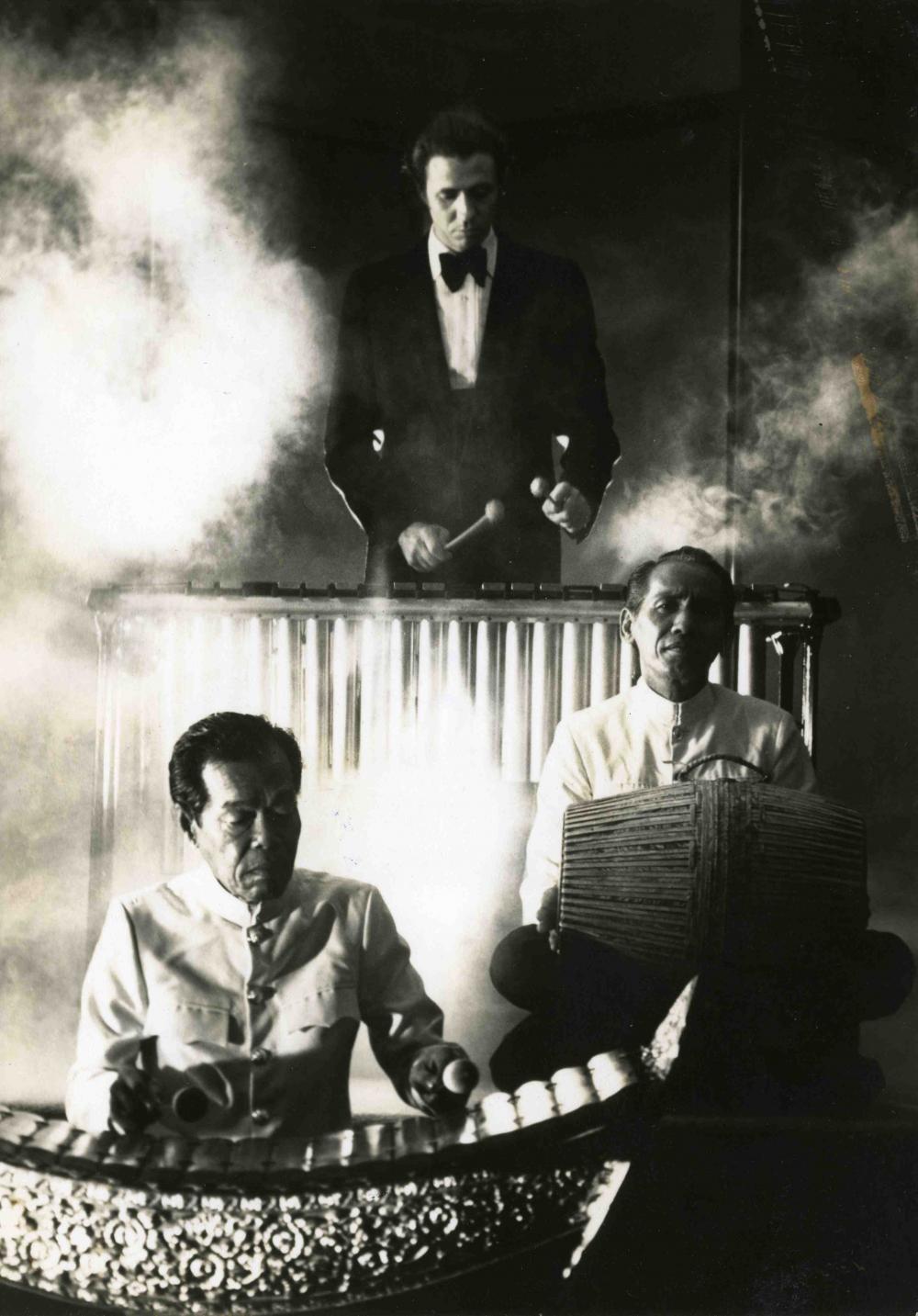 On one occasion, Bruce was conducting a Bach cantata at the newly minted Bhirasri Gallery. We had 45 more minutes of programming and nothing to put in, so we decided that we would improvise a 45-minute piece on two pianos. I wrote some pretentious notes for the programme, and Bruce and I got together and figured out that each letter in the title of the piece, Angst Ankh Angkor, would represent a particular genre of music. We'd start improvising in "A" until we gave each other a signal to go to "N" and so on, through almost an hour's worth of music. The resultant music, which was stunning, will never be heard again. There was a recording on Toni Regenberg's cassette machine, which we listened to afterwards in a kind of stunned disbelief that such a seemingly organised and subtle composition had been woven out of, as it were, thin air and a paragraph of programme notes. But that cassette -- like so much from that era -- is now nowhere to be found.

In particular, I would like to say this his opera Chuchok, written entirely for Thai musical forces and yet clearly a direct descendant of the European operatic mainstream, is an important masterpiece of Thai art. (As well as being ancestral to my own work.) Chuchok was an astute adaptation of the Western form into a mode that was wholly Thai, as close to likay as it was to Mozart. This work pointed the direction in which contemporary music would go over the next half-century.

The work that Bruce and I wrote together, Hexaphony, was a 90-minute controlled improvisation whose form, created by Bruce, was the Thai thao structure. I had written all the Western bits and he composed all the Thai bits, and Dnu conducted -- this was actually the birth of the Temple Of Dawn Consort, which I named and which Dnu eventually took to great heights while I was escaping into my novelist persona.

Everyone who was there at the 1976 premiere of Hexaphony realised that this was the birth of a new fusion. The piece later went to the Cultural Center of the Philippines and was showcased in the Asian Composers Expo 78 in Thailand. Unfortunately, the only recording that exists of the premiere was on Toni Regenberg's cassette recorder. It was a very special premiere because of Nop Sotthibandhu's astonishing Berg-like violin solos. A recording of the Manila version does exist. I will try to clean it up and post it. 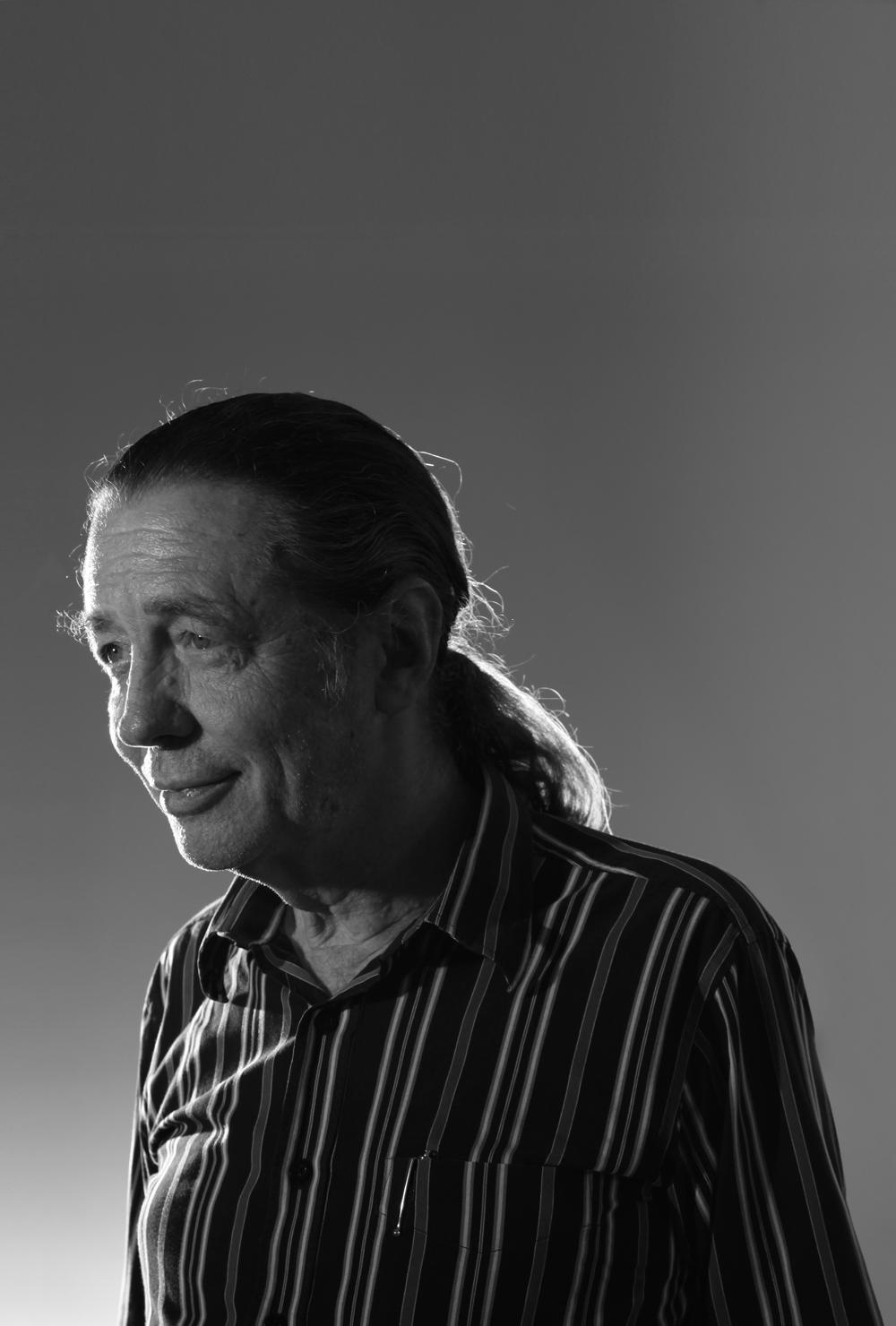 When we were rehearsing Hexaphony at the Goethe, Bruce taught me a valuable lesson. I was improvising the piano part and indeed having a great, wild and creative time. Suddenly Bruce shouted, "It's not a f*cking concerto!" at me. I realised that it was a collaborative work and I needed to get out of my narcissism and see the other players. We all treated Bruce as a revered older brother… at the time, he was the only one of us who was over 30.

After the expo, which while praised all over the world was much despised in Thailand, all of us were "burned out" in various ways. I ran away to America and reinvented myself as a novelist. Thereafter, I would see Bruce every few years because he would fly to Los Angeles and sleep on my couch. It was during those periods that I wrote, at his request, lyrics for the Thai tourist office, Thailand: The Golden Paradise and Amazing Thailand, which can still be found today.

When I returned to Thailand in 2001, it was a much different place. Our revolution, which we had fought so hard to achieve, was so successful that most people did not even realise that there had to have been a revolution for Thai music to be the way it had become -- a music in which traditional Thai ideas and Western structures were fluid, and could blend back and forth and fuse and have a uniquely Thai sensibility. This had evolved into "the normal world".

Bruce had worked on shows at a famous Bangkok beer hall, the Tawandang, for decades. But, as he often said to me, "in the end it's about opera". Opera was his last frontier. He wrote an opera inspired by a best-selling novel, A Boy And A Tiger -- the entire score was destroyed in a computer crash. Luckily I had saved a copy on my hard drive.

Every time we talked thereafter, he would bring up great operas he was working on, one about Lincoln, one about the Jim Jones Kool-aid tragedy. I never saw any of the music for these works, and do not know how far he got. I hope someone can break into his hard drive and find those manuscripts as I would dearly love to play any parts that there are to play. Imagine premiering just a few minutes of an opera about Lincoln or Jim Jones -- a subject Bruce felt close to -- perhaps having touched the edge of some cults in his youth.

A couple of years ago, on the Siam Sinfonietta's tour to Europe, we were privileged to perform the world premiere of a work he had just written called E.Dreams.

On Sunday, I found out that Bruce Gaston had died. I feel as though a major chunk of my life has been severed. Certainly it hastens my need to set down all of this oral history. This is a stunned kind of mourning for me. I loved Bruce very much and he has been part of my entire artistic identity for so long.

In E.Dreams, Bruce writes a music that uses the Thai principle of tayoy -- everyone gets there, but at his own place, and then waits at a marker for the others to arrive before carrying on.

Bruce has reached the next marker, but when we manage to arrive there, I'm sure he will be waiting at the double bar to point the way to the bar beyond.