When it comes to new Asian horror films, no title can beat the hype surrounding The Medium, a Thai/Korean flick that garnered overwhelmingly positive reviews among audiences and critics at its world premiere at the 25th Bucheon Fantastic International Film Festival where it won the best film category. The horror film was also recently picked up as an original feature for the streaming platform Shudder in the US and will be released theatrically in Thailand tomorrow, just in time for Halloween.

The success of The Medium is the result of it being a co-production between South Korea's Showbox and Thailand's GDH 559, with big names attached to the project. The film was directed by Banjong Pisanthanakun, the man who gave us some of the most successful Thai horror films like Shutter (2004) and Alone (2007), and some short films in the Phobia anthology. The Medium was produced by Na Hong-jin, director of the award-winning South Korean horror film The Wailing (2016). The film's haunting and creepy trailer boasts scenic shots in an ominous landscape that has made many horror fans excited. 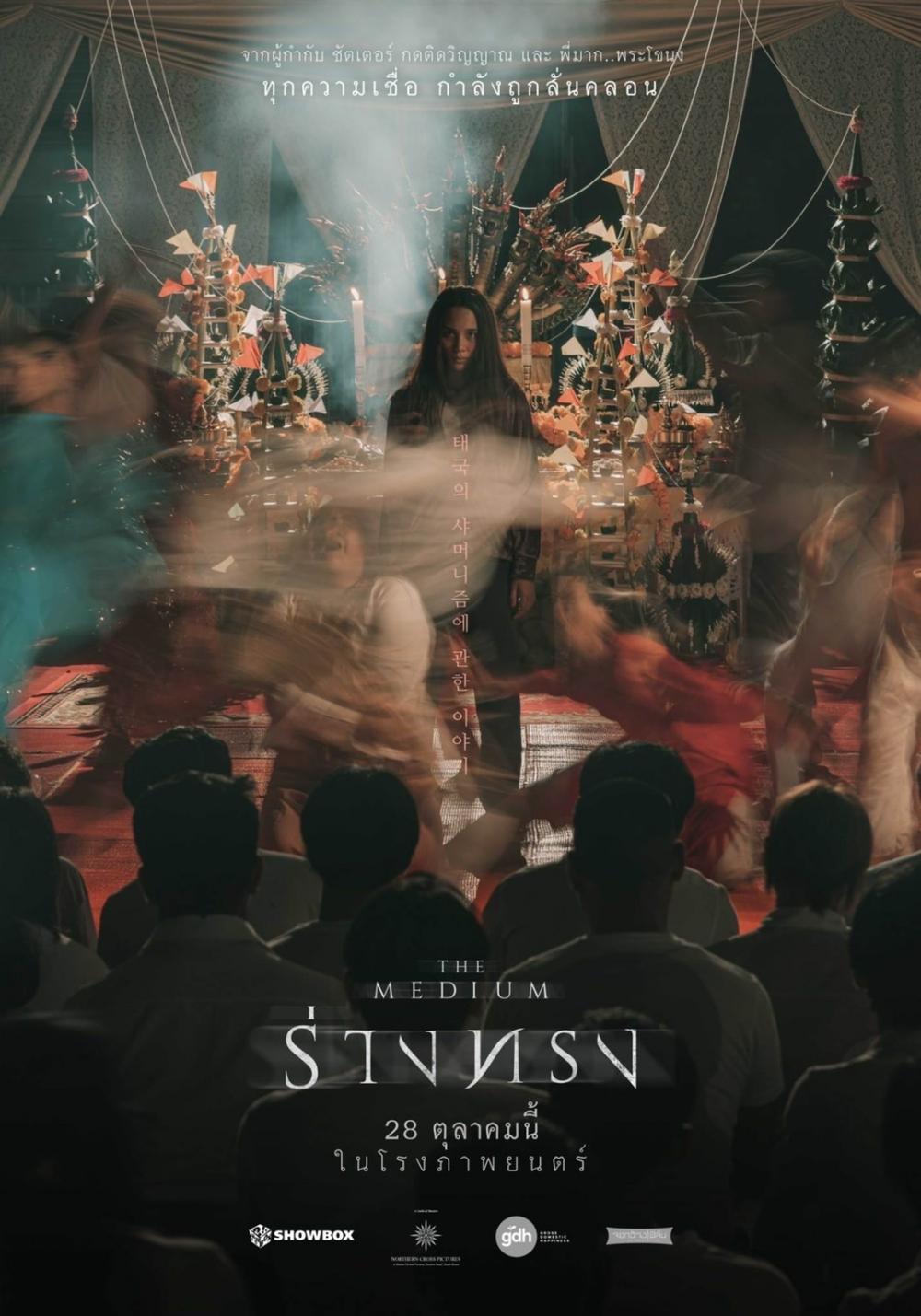 The Medium introduces global audiences to local shamanistic practices of a remote village in Thailand's rural Isan region. It is a religious practice, passed down for generations, that uses a medium to interact with the spiritual realm. The story centres around a documentary team led by Nim (Sawanee Utoomma), a shaman living in a mountain village, who acts as the bridge of communication between the townspeople and Bayan, an ancestral god they believe in. Nim is looking for a successor following years on the job after her elder sister Noi (Sirani Yankittikan) refused to inherit it. They soon realise that Mink (Narilya Gulmongkolpech), a niece who has recently returned to the village and is exhibiting strange symptoms of shamanism, is the perfect candidate. But little do Nim and the rest of the family know that Mink isn't actually possessed by the god they worship, but something else far more sinister. The Medium presents itself in a unique documentary style that sucks the viewer into the world of the darkest evils on Earth.

Prior to its release in Thailand, Life joined an online Q&A press conference session for The Medium, where Banjong and Hong-jin discussed the making of the film and shared their thoughts on their experience working on a project together. 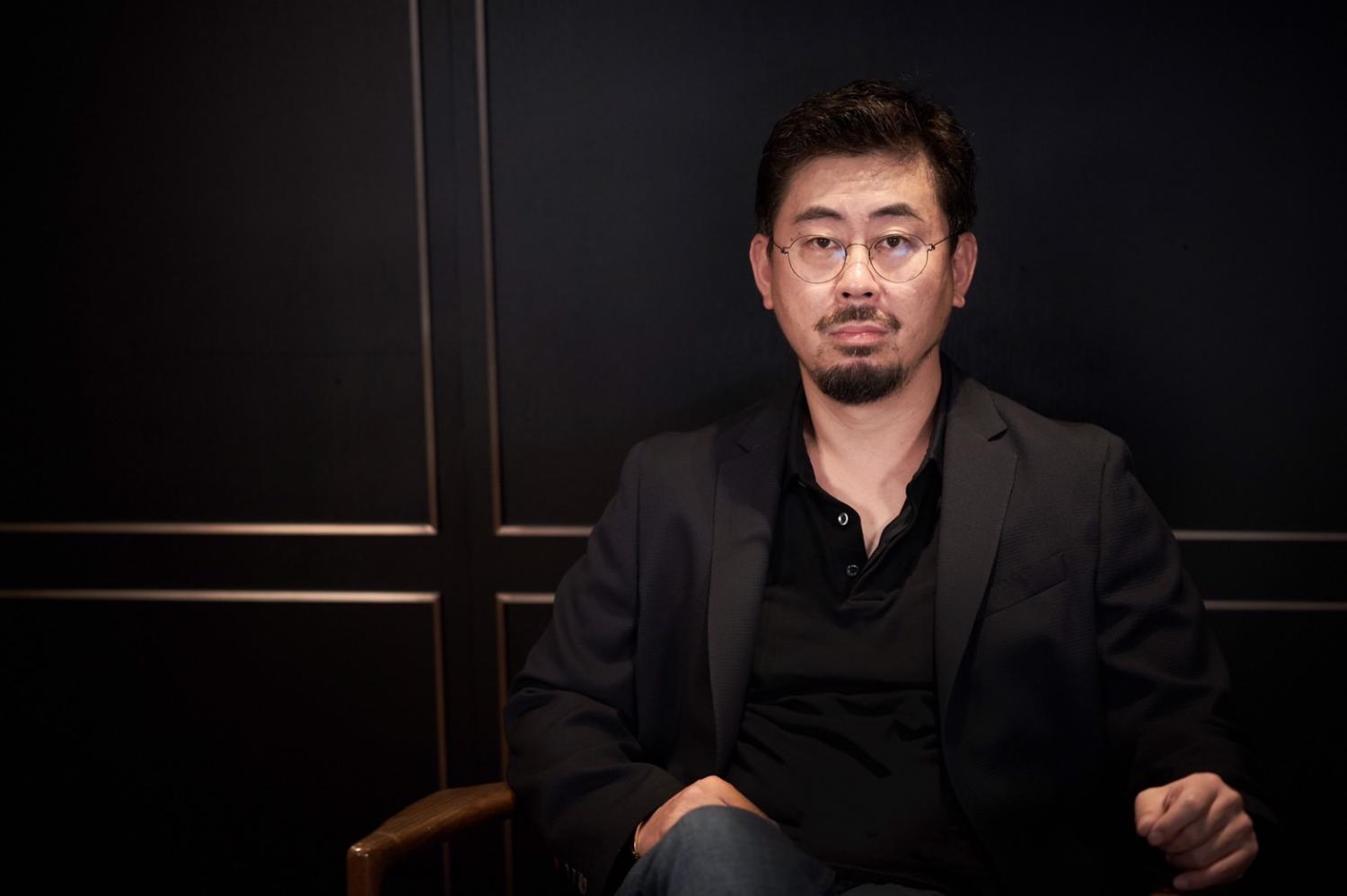 How did this collaboration first come about?

Hong-jin: Some years ago, I met Banchong at an event in Bangkok for the first time. At the event, we talked and got to know each other. I had already seen his films like Shutter and Alone and was a fan of his work. I left Thailand knowing there was a good director there. Then in 2017, when I was writing the script, I considered who would be the perfect director. I suddenly thought of Banjong and told him that I was looking for a location that is not Korea but someplace where it rains a lot and has a dense forest. I would like to thank Banjong for agreeing to help develop this film.

Banjong: It's really been worth all the time spent on it. I'm already satisfied since the film hasn't even been released yet but there is interest. I have learnt a lot from working with Hong-jin. He's very detailed in the production and script. Before we went into production, we discussed everything and shared different perspectives in terms of the structure, horror elements and philosophy of the film. The more time I spent working with him, the better I understood why he has achieved that level. 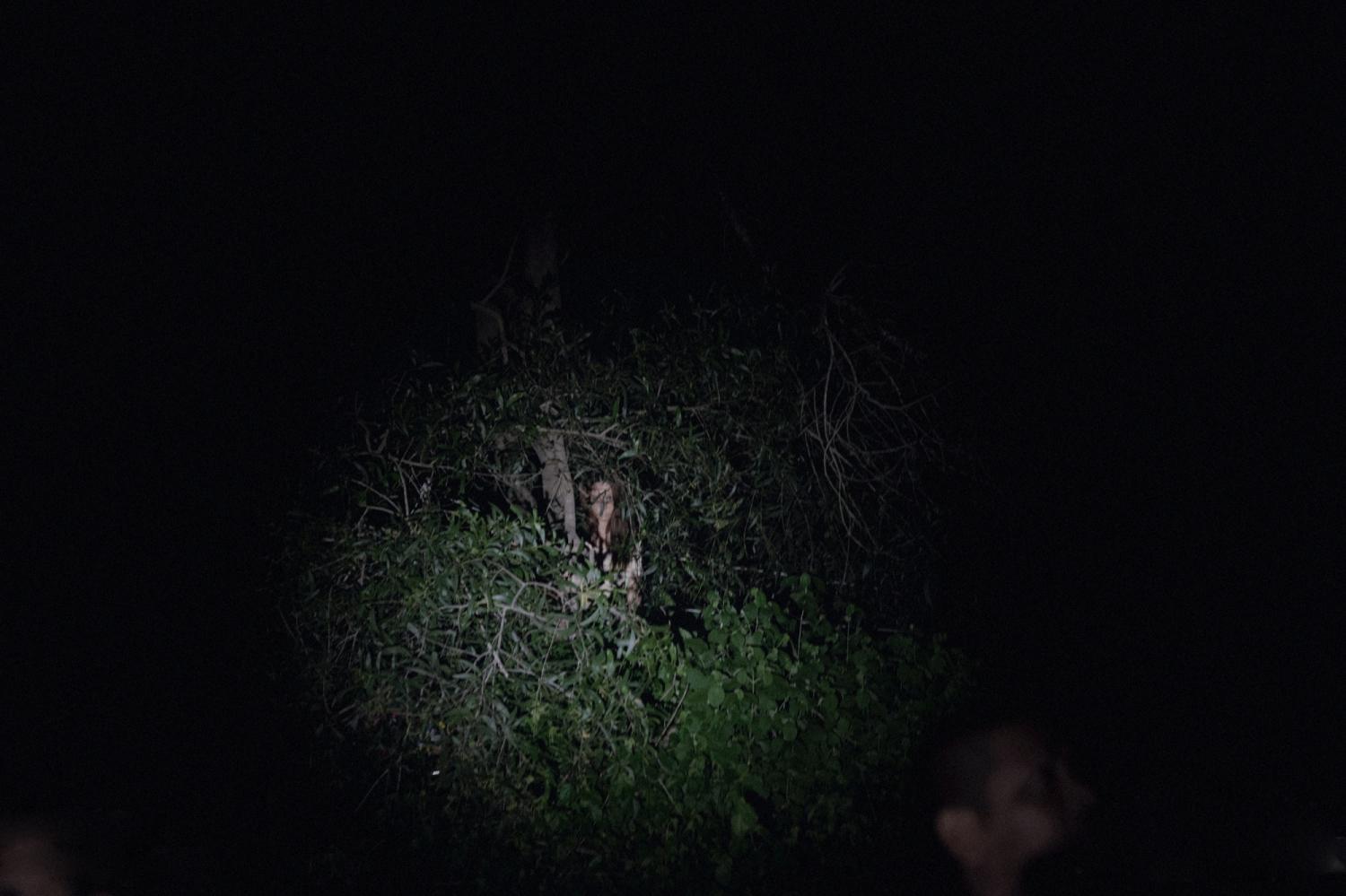 What makes The Medium special in your opinion?

Banjong: I think it is becoming difficult to make scary movies. After finishing Alone a few years ago, I got fed up with the horror genre and no longer felt scared while watching horror films. But it was different when I watched a Na Hong-jin film. I think The Medium is the new flavour. It's not a typical ghost movie where people die and come back to deceive. We have brought the thoughts of Isan people who believe that spirits exist in everything from trees to the land, animals and people.

Hong-jin: This movie was meant to meet the needs of a global audience and not just Thais or Koreans. It features unique storytelling and is definitely a remarkable piece of work. 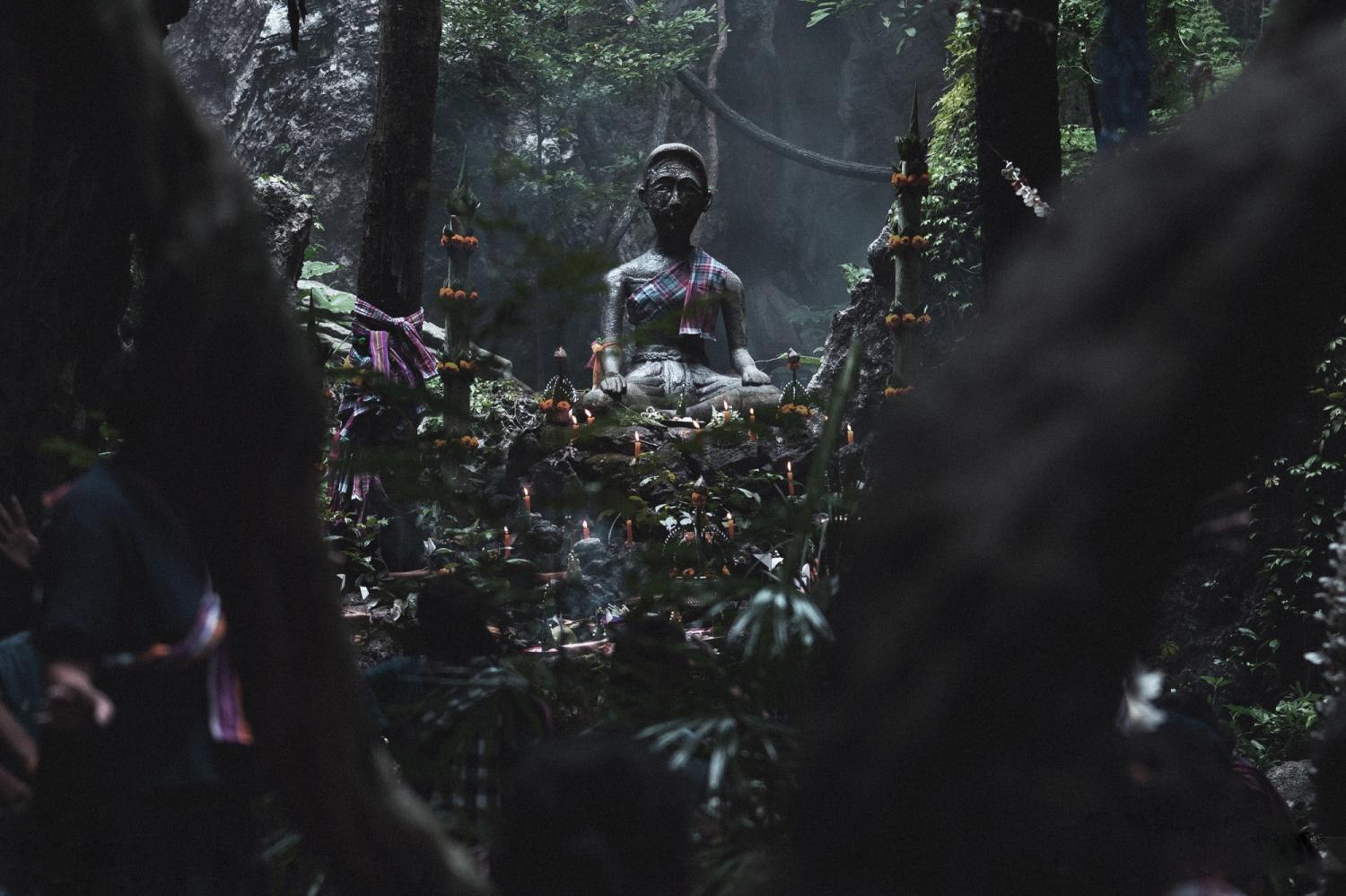 We know that the film was shot in northern Thailand in mid-2020. Did the pandemic affect production overall?

Banjong: Yes, quite a bit. But I would say we're also kind of lucky. During the first half of filming, we took a month break so some of the main actors could lose weight. At that time, it was only the first Covid wave which was somewhat calm in Thailand and this allowed us to finish filming. But I remember that as soon as the shooting wrapped up, Covid hit hard.

Movie fans have been sharing their thoughts and theories about the film, including a belief that The Medium is a sequel to your film The Wailing from 2016. How does The Wailing have an influence on the new film and what are the similarities or differences between the two movies?

Banjong: I think The Wailing may have had an influence on the movie but we didn't think it would inherit its concept. With the story taking place in Thailand, I think it's definitely unique in its own way. However, there is some connection regarding how this story takes place in a small provincial village and there is a spirit, but it has its own unique atmosphere. 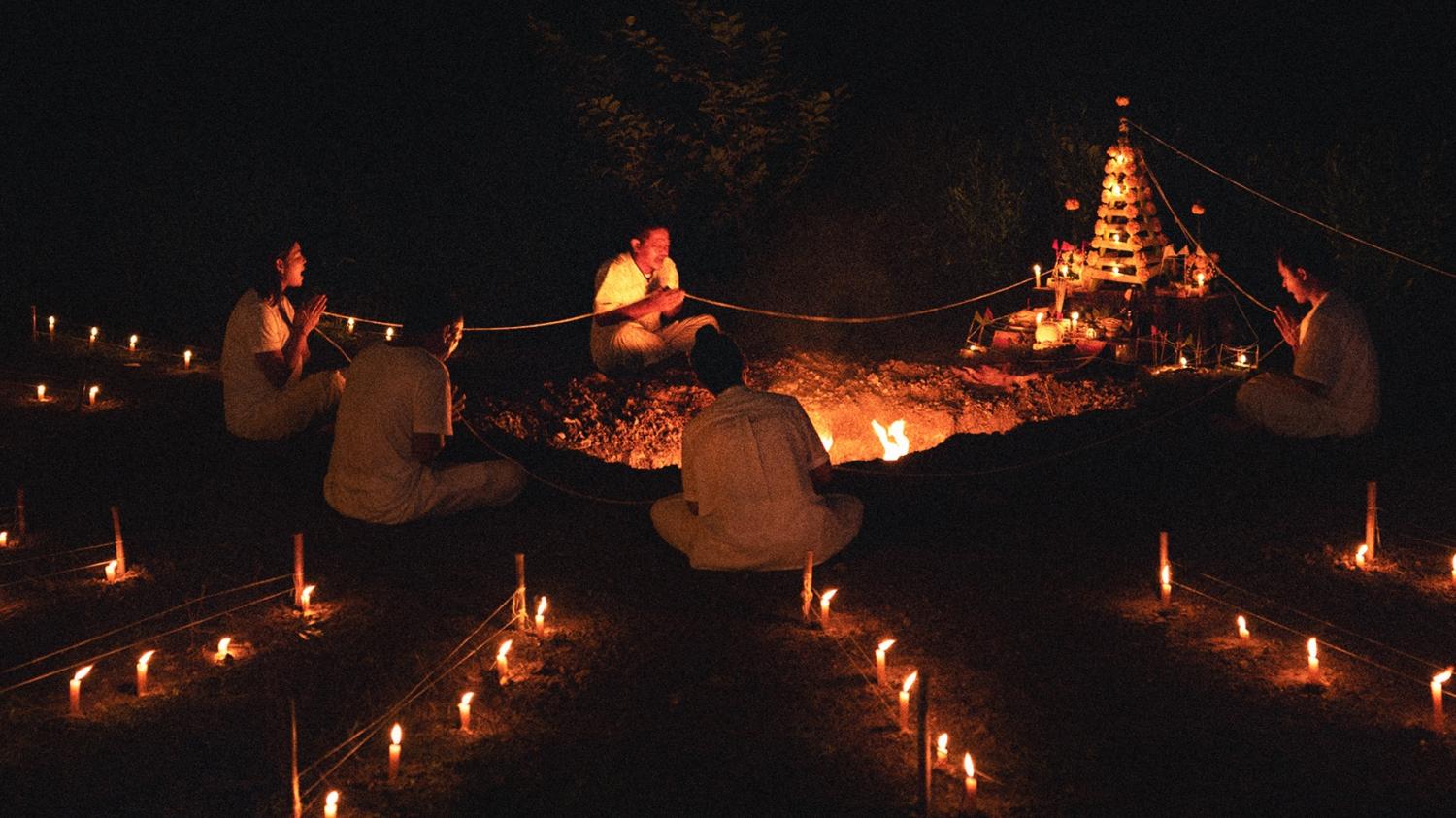 What do you think is the difference between Thai and Korean ghost movies?

Hong-jin: For Korean horror films like A Tale Of Two Sisters (2003), directed by Kim Jee-woon, it didn't get that much attention in Korea. For some reason, horror movies in Korea are not that popular. On the other hand, Thai horror movies are always quality and always in demand.

Banjong: My thought is similar to Hong-Jin's as we have seen fewer Korean horror movies being made. It seems the thriller genre is much more popular over there. In recent years, Thai horror films have been talked about internationally. So I feel like it was a unique combination to work together this time. 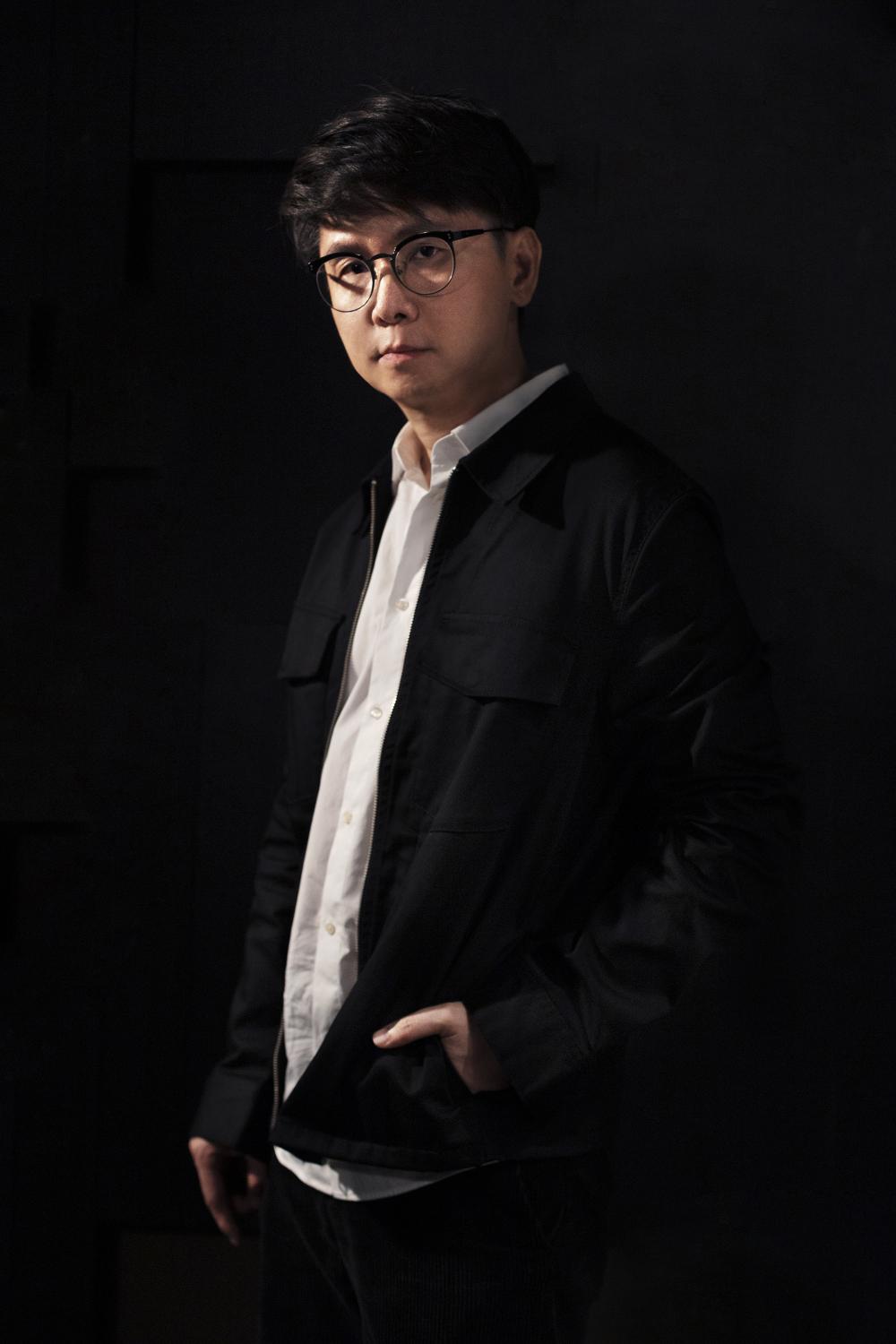 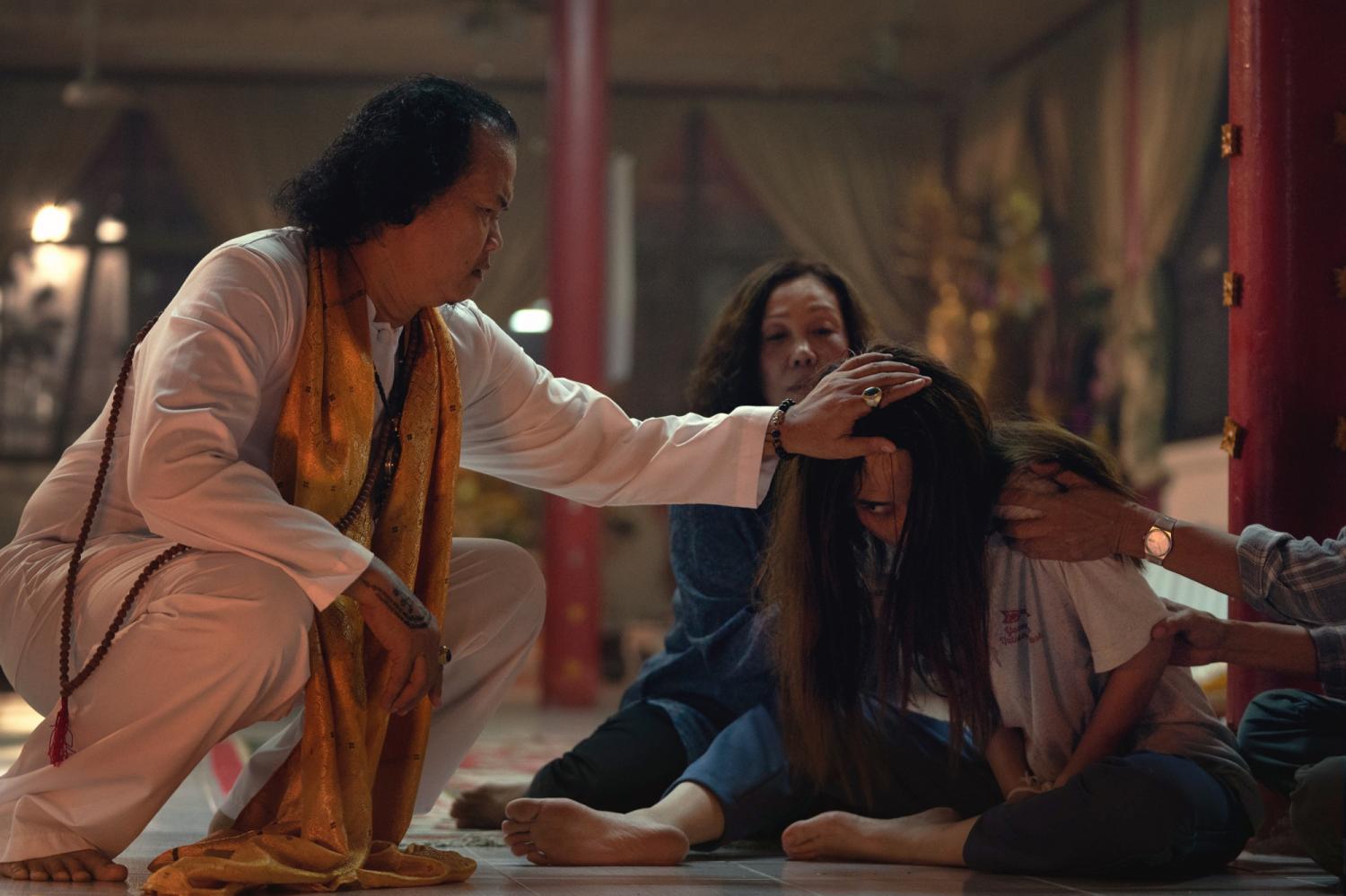 The practice of casting out of demons. GDH 559