To remember the late, great actor/director Sor Asanajinda, Thai Film Archive (Public Organization) invites you to join the opening ceremony of the exhibition "Sor Asanajinda In Memory" next Tuesday. 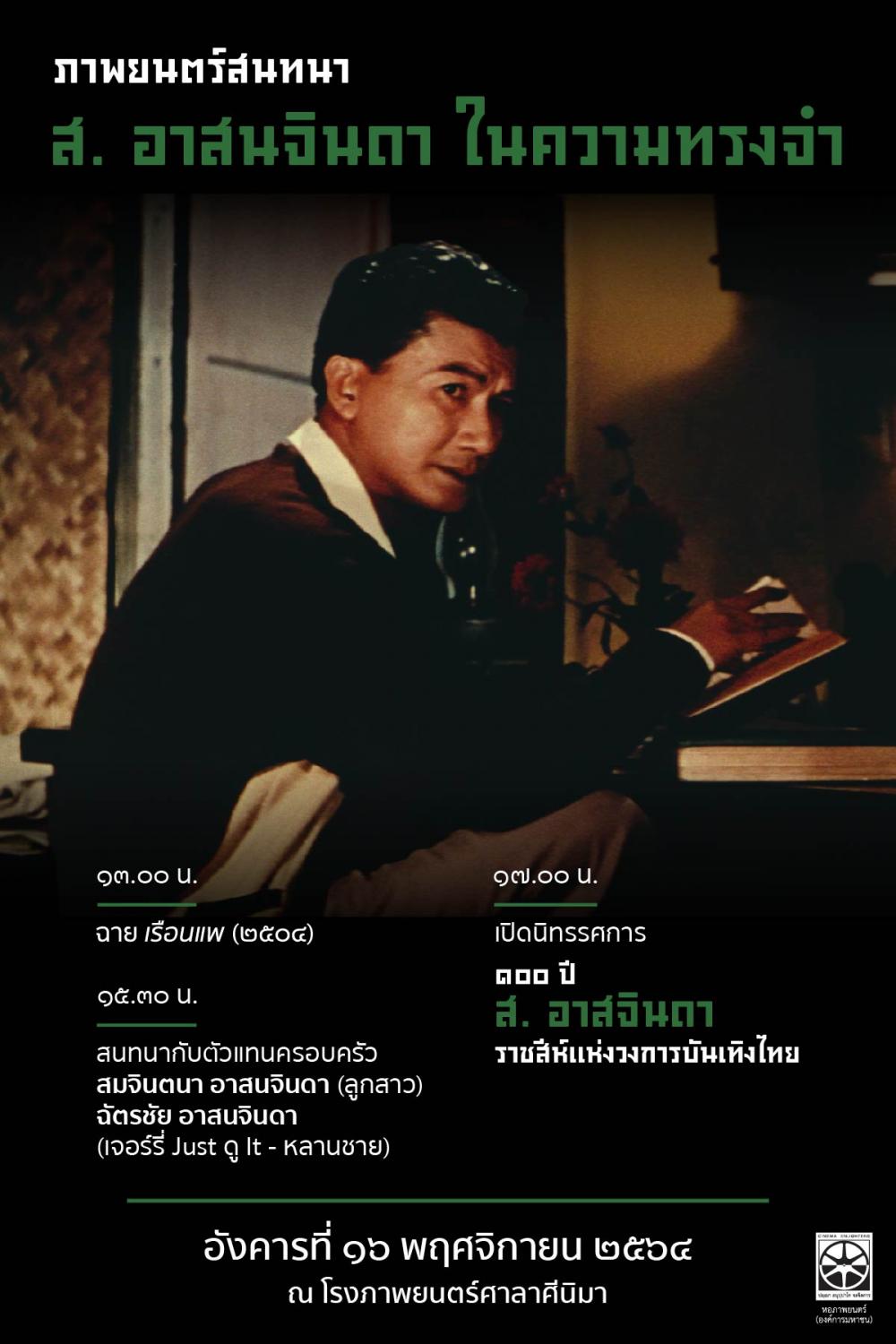 Sor Asanajinda, who passed away in 1993, was one of the most important figures in the Thai entertainment industry. His various nicknames such as "Hero Composer", "King Of Thai Theaters", "Artist With Allround Talent" were a testament to his gifts. Sor acted in more than 80 movies and directed 70 during his lifetime, for which he was named a National Artist of Thailand in 1990.

Memories of Sor Asanajinda have been revived for the exhibition featuring his old costumes, works of art, rare photographs, various accessories and other belongings. You can join in a discussion panel on some of Sor's iconic films with special guests including his daughter Somjintana Asanajinda and grandson Chatchai Asanajinda, as well as watch a special restored screening of Reuan Phae (The Boathouse), a classic Thai drama from 1961 about three best friends and their love for the same woman.

"Sor Asanajinda In Memory" exhibition will run from Nov 16 to Jan 16 on the 5th floor of Sambassatra Suphakit Building, Thai Film Archive (Public Organization), Salaya, Phutthamonthon district. For more information on schedules and to reserve seats call 02-482-2013/14 or 02-482-1087/88.