If the path of being a true artist means constantly evolving, Maryland singer-songwriter Lindsey Jordan embraces it well. It's clearly visible on her latest album Valentine under the indie-rock moniker Snail Mail.

Released on American label Matador Records, Valentine is Jordan's sophomore album, which dropped earlier this month. The album comes three years after her full-length debut Lush in 2018, and it gives fans a look into Jordan's new, more mature sound with in-depth emotional lyrics about messy love and heartbreaks.

The album was written at the start of the Covid-19 pandemic when Jordan returned to her parent's home in Baltimore. Within weeks of release, Valentine received critical acclaim, earning a Metacritic score of 88/100 and being awarded "Best New Music" certification by Pitchfork. Those praises were largely due to the success of the first several singles off Valentine, including Ben Franklin, which sees Snail Mail taking an electronic turn and using a drum machine. Meanwhile, the title track is a quirky indie-rock tune accompanied by a gory and theatrical music video set in the Victorian era.

As Snail Mail is gearing up for an upcoming tour to support Valentine later this month, Life had a chance to talk with the 22-year-old singer in an exclusive one-on-one interview via Zoom recently where the singer discussed the album. Why did you call your new album Valentine?

The title is the childish association of Valentine's Day with love, which makes it very innocent and pure. When I think of Valentine's Day, it's heartwarming and sweet. What I was thinking about is the departure from the dream of what love is and a lot of what I was saying about it on my first record, which is dreaming about it and wanting my crush to like me. This record is all about getting it, experiencing and discovering the differences between what I dreamed about love being and what my childish idealisation of love is compared to what it really is. It can also be ugly and messy, so it's not all roses and chocolates.

We heard that you finished the writing process for the new album back in February, but it's coming out now. What took you so long to release it?

Well, it did take me forever. I think a big reason is that I'm such a perfectionist. I have a hard time working because everything has to be totally perfect. And this album was extra challenging for me because I also was producing. When I work, everything has to be right. When I was on tour, I had a hard time writing because I needed to be alone and have real-life experiences but nothing was working and nothing felt good enough. So, yeah, that's why I took so long. 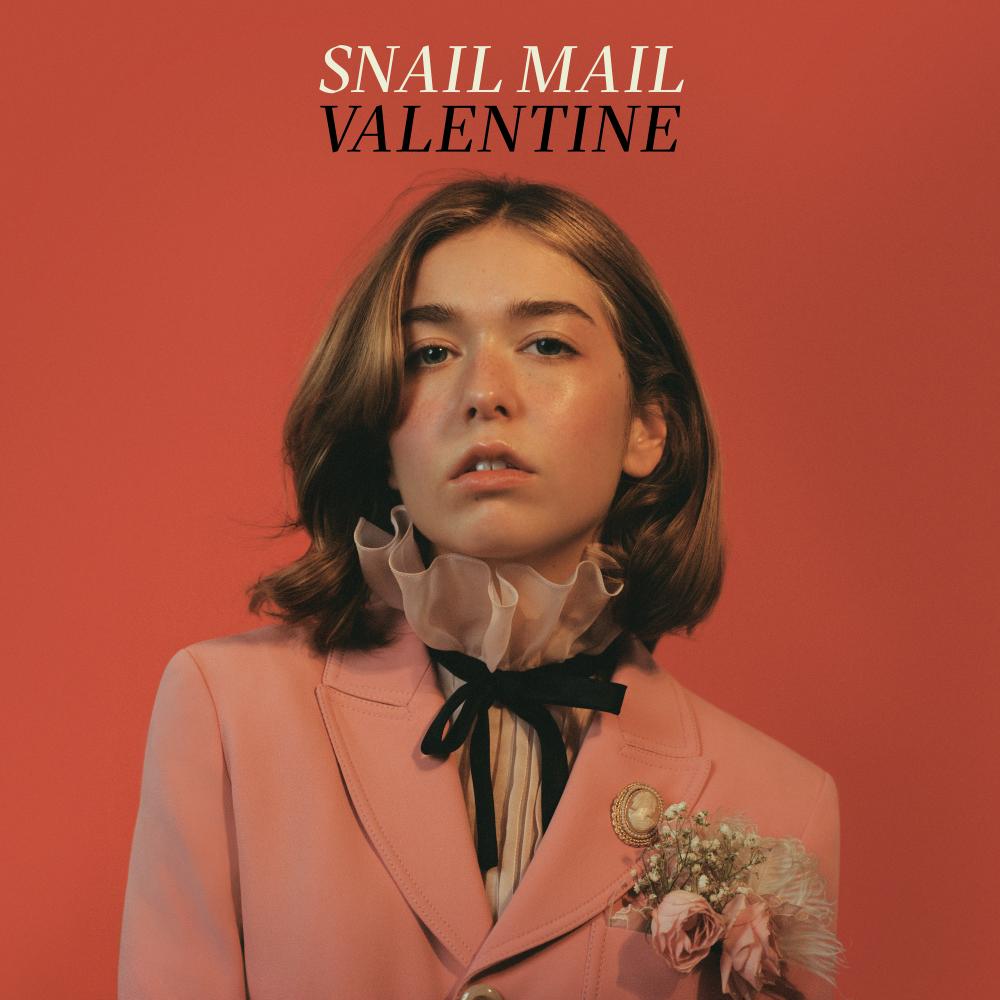 Why did you decide to move from New York to your parents' house in Baltimore to complete the album?

It was around 2019 when I started. At the time I had written tracks like C. Et Al, Light Blue, Glory and Mia, but I didn't really feel like I was working on a record until the pandemic started. And then I was at my parents' house. I was supposed to just be dropping in to visit them as I needed a break from New York, and then the pandemic started so I ended up being there for a good amount of it. But being at home meant I had to experience a lot of real-life stuff as I wasn't on tour. I have a little jinx-type thing, like writing at my parents' house is the only way for me to get things done.

Many artists have a hard time working on a follow-up album especially if the first is really successful. Did that happen to you as well?

Totally. I mean the sophomore slum concept exists and it made me more scared. I was trying to convince myself I was capable of doing it, so that was a long process. I was trying to write catchy songs and I just needed to focus. It was just a matter of, like, I need that one song that I know is going to be a single to keep going [laughs]. But it was just hard and it was very daunting. And in order to put these out, I have to feel like I grew and like these songs are better than the last ones. 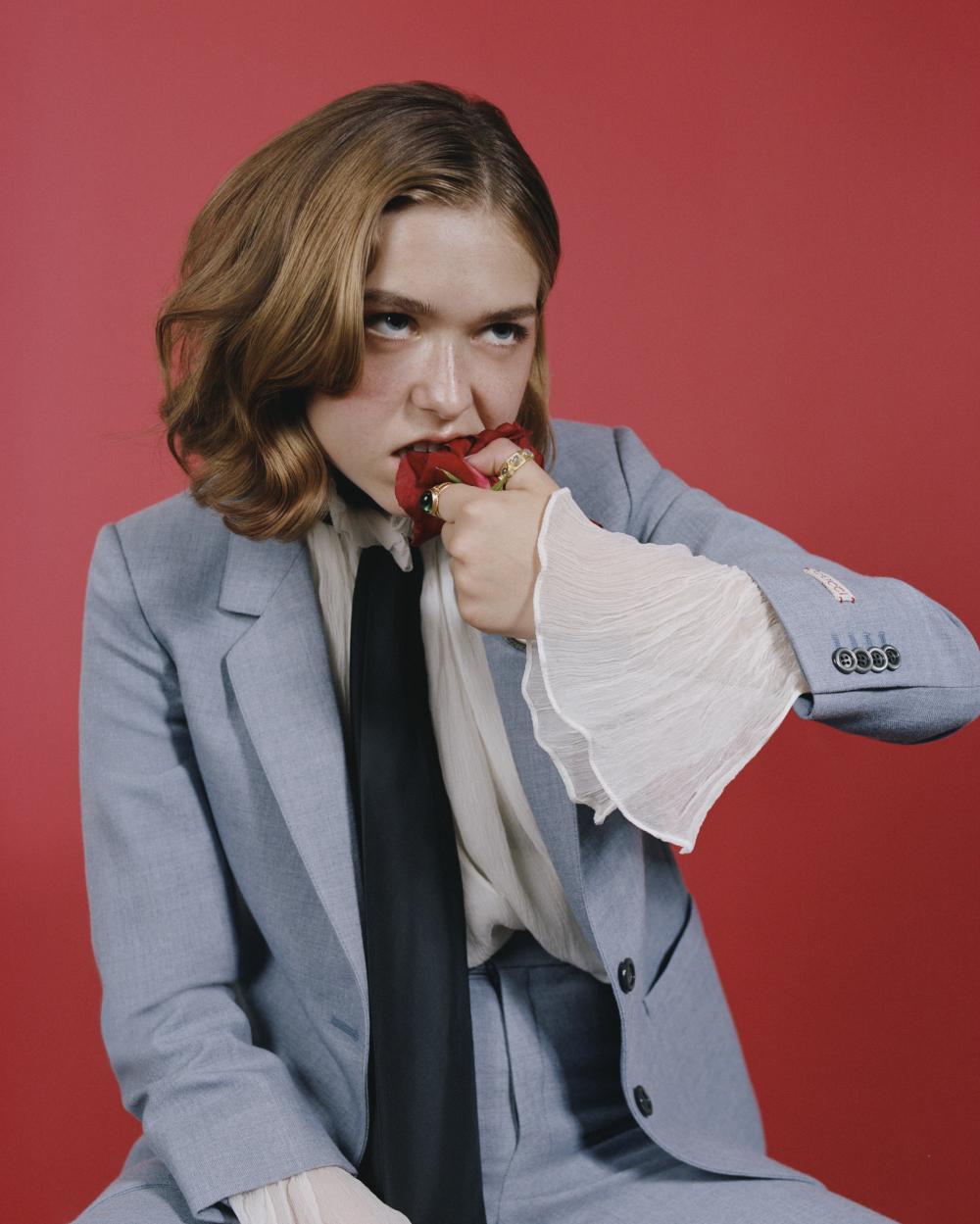 How much do you think your sound and music direction has evolved from the first album? We could hear synths and drum machines instead of guitar-based music like on Lush. Why did you decide to add those elements into your music?

I spent a lot of time with a synth when I was writing these songs, and making the demos on Logic. That was really inspiring and pretty easy to get into. I felt like messing with a lot of different settings and stuff was starting to sort of break into other instrument territory. I was like, this sounds a lot like a cello and all of a sudden, I felt like I could write a really great cello part and play it here on this synthesiser. I took on a producer role on the record, so I got to make a lot of executive decisions. Once I had the song finished, I had to decide what it needed to raise it to the next level. It was just a matter of knowing the songs were already good with just guitars, vocals, keyboards but I knew it could make it better if I made the right decisions. So I leant towards grand.

Can you talk about the visuals and art, especially for the music video for Valentine that features quite shocking images?

The original concept was written by me and it originally had a chocolate cake and a murder [laughs]. And the Victorian aesthetic was originally what we were going to use as the album cover and all the other single covers would feature Victorian clothes too. So it would have been cool to do that with the first single but not beyond that because it would be too much. And yeah, there's some stabbings and cake. I had a really good time making it.

Your North American tour is kicking off on Nov 27. Are you looking forward to it, and will there be any plan for an international tour too?

I'm excited and I'm nervous. We've already been practising but there is something scary about a tour. Snail Mail hasn't played a show in two years. So it is super exciting and I think it's gonna be awesome. And when Covid stuff is lifted, we definitely are going to do an international tour.