Kabuki works to be screened at Iconsiam
Life
Arts & Entertainment

Japan Foundation in collaboration with Iconsiam presents a screening of two Cinema Kabuki works -- Renjishi (The Father And Son Shishi Lion Dance) and Rakuda (The Camel) -- at Icon Cineconic, 6th floor of Iconsiam, Charoen Nakhon Road, on Wednesday, at 7.30pm and again on Saturday and Sunday at 10.30am. 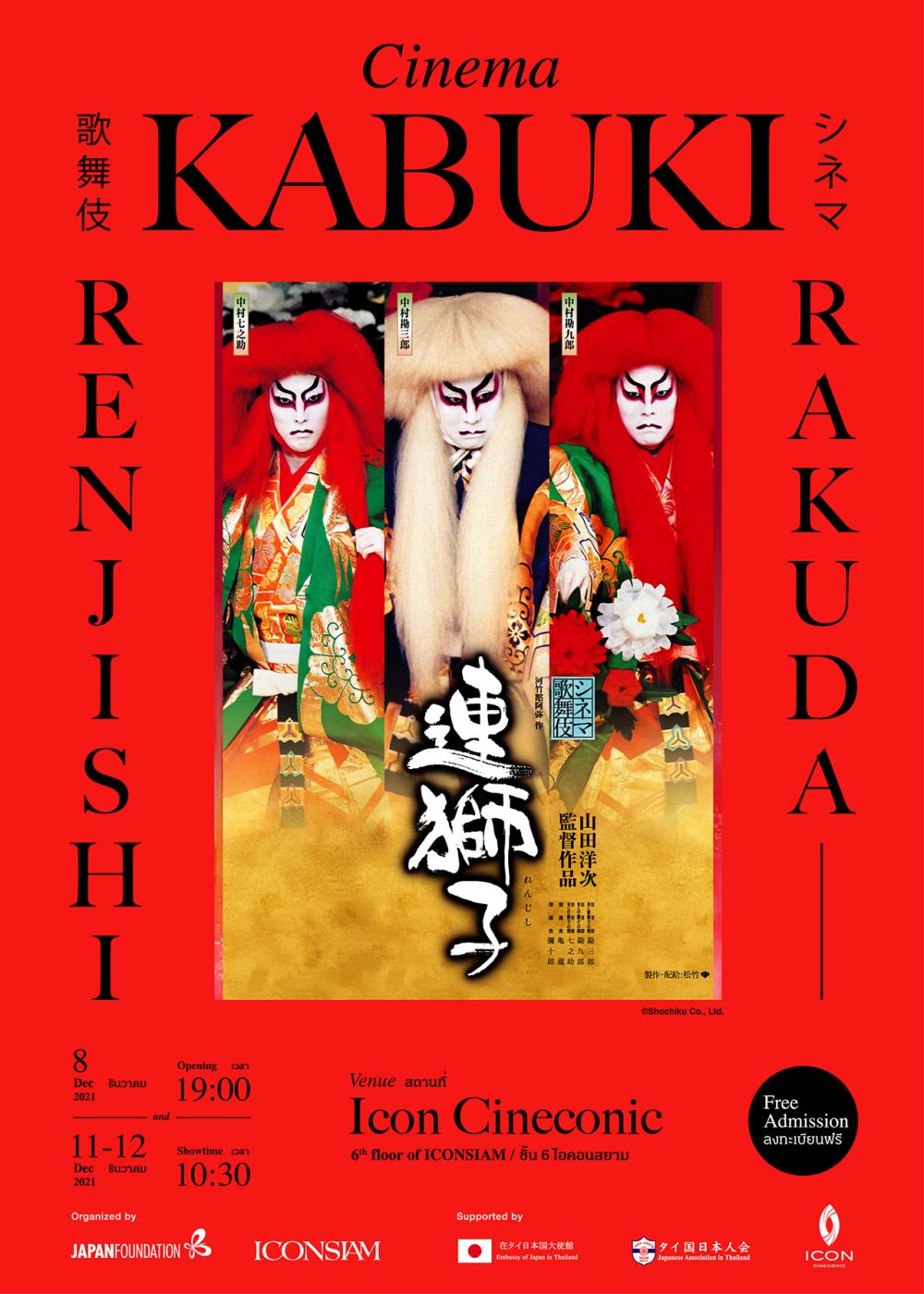 Kabuki is an ultimate theatrical art form of Japan dating back to the 1600s and has remained steeped in tradition while constantly innovating, with gorgeous costumes, stunning make-up and powerful dramas. It was named as a Unesco Intangible Cultural Heritage of Humanity in 2008.

Live productions, featuring some of today's greatest Kabuki stars, are now being recorded with the highest resolution cameras for screening in theatres around the world.

Since 2005, Kabuki production company Shochiku has released Cinema Kabuki which offers English speakers the unique opportunity to experience full-scale Kabuki performances by some of Japan's biggest stars in high definition on the big screen, with English subtitles, as if they were sitting in the best seat of the Metropolitan Opera House.

It stars legendary actor Nakamura Kanzaburo and his real-life sons Kankuro and Shichinosuke who shine as the younger lions, showcasing three of Japan's most revered mythical beasts. The father lion is one of the most sought-after roles for Kabuki dancers.

Rakuda, meanwhile, is a dark comedy also starring Kanzaburo together with Bando Mitsugoro. They were hailed as Kabuki's most powerful acting duo.

When unpopular tenant Uma dies, his only friend Hanji sends Kyuroku, a junk collector, to demand support for the funeral from Uma's miserly landlord, or the dead Uma will come to his house and dance.

Both films come with English and Thai subtitles. They will be presented as one screening on all three days. The opening event on Wednesday will also feature a music performance of Sarashi-Fu Tegoto and Tori No Yoni on Koto, the Japanese traditional string instrument, at 7pm.

There is no admission fee but prior registrations are required via eventpop.me/e/11948.