Damrong Wong-Uparaj was notable for his rural landscape paintings although his multidisciplinary abilities helped develop the progress of the Thai art industry in many aspects. Aside from being an artist, Damrong was a university lecturer, curator, writer, art centre director and art conservator. As one of the last cohorts of Prof Silpa Bhirasri's students, he learned about the ways of fusing Euro-American with Thai art styles. Moreover, living in the UK, the US, and Japan for a long period of time also inspired the late artist to develop a series of impressive works.

Despite having a great influence on the Thai art industry, his painting collections are rarely viewed by the public because they are owned by private collectors. The exhibition "Damrong Wong-Uparaj: A Retrospective of Versatility and Discipline", sponsored by the Museum of Narong Waleeporn Intanate Collection (MoNWIC) and the Bangkok Art and Culture Centre (BACC), is an opportunity for art enthusiasts to experience the development of this master's creativity. 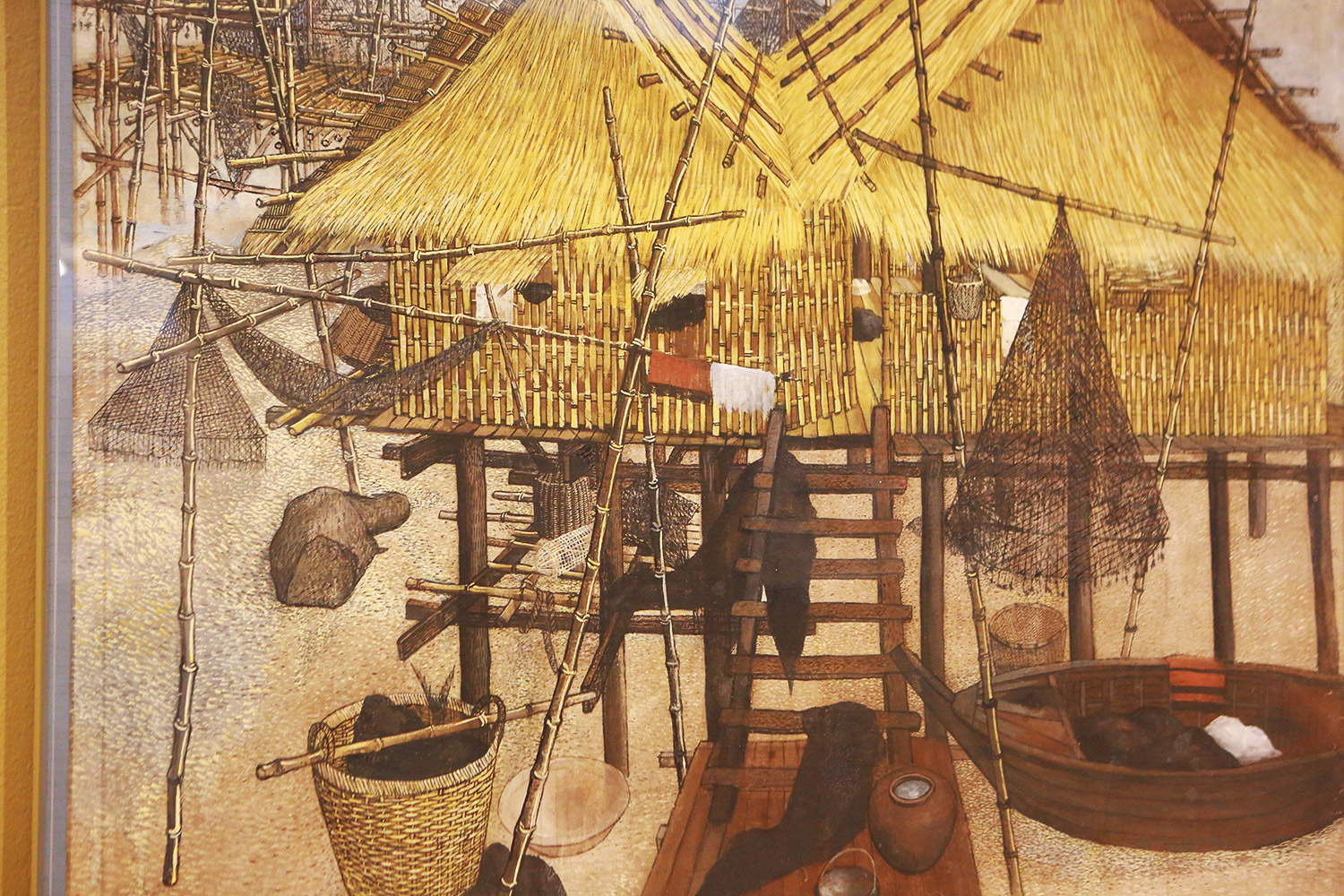 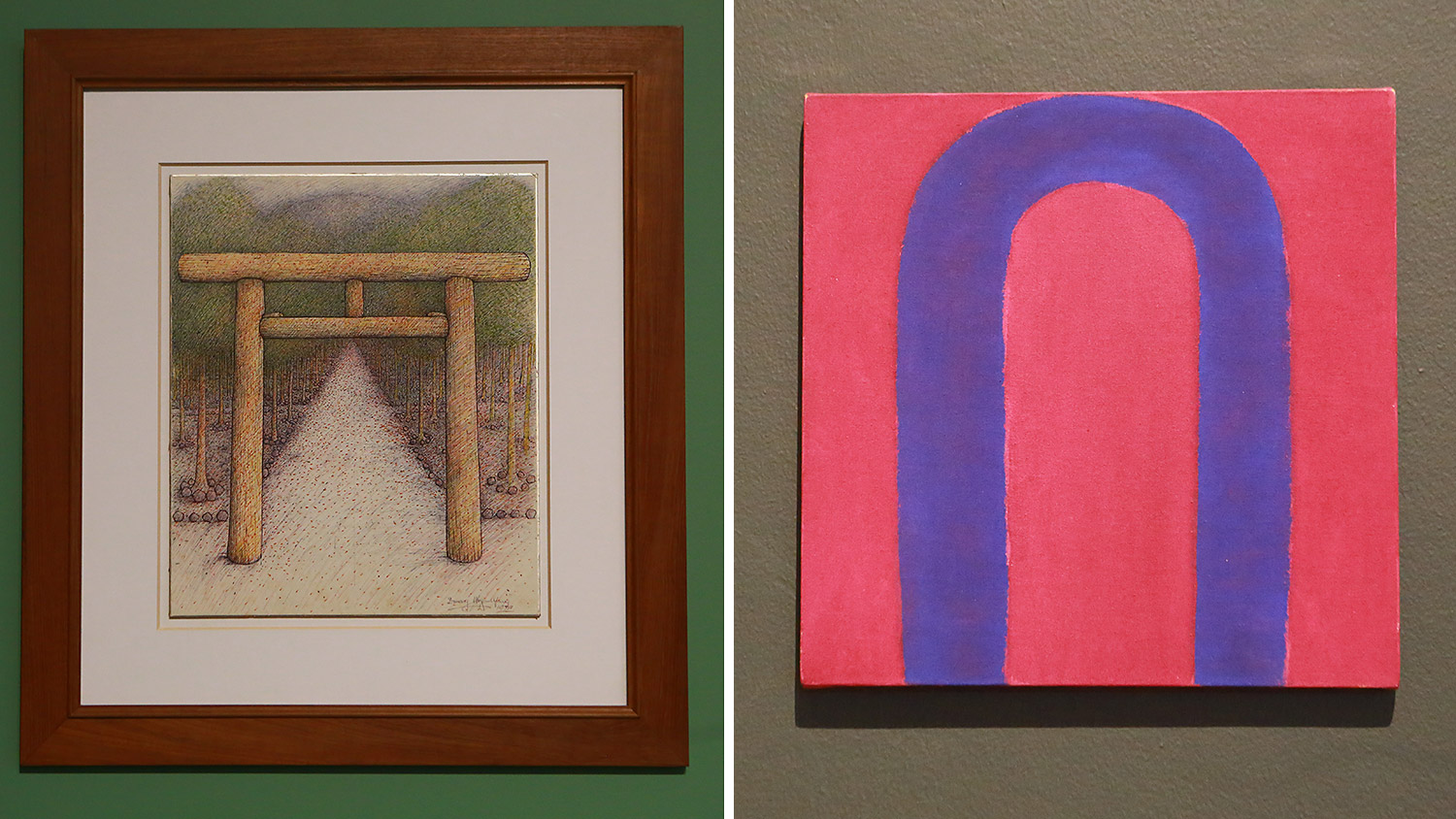 From left: Damrong was fond of the tori or the traditional Japanese gate; The unknown title acrylic painting was inspired by the first Thai letter of the alphabet, ‘kor kai’. 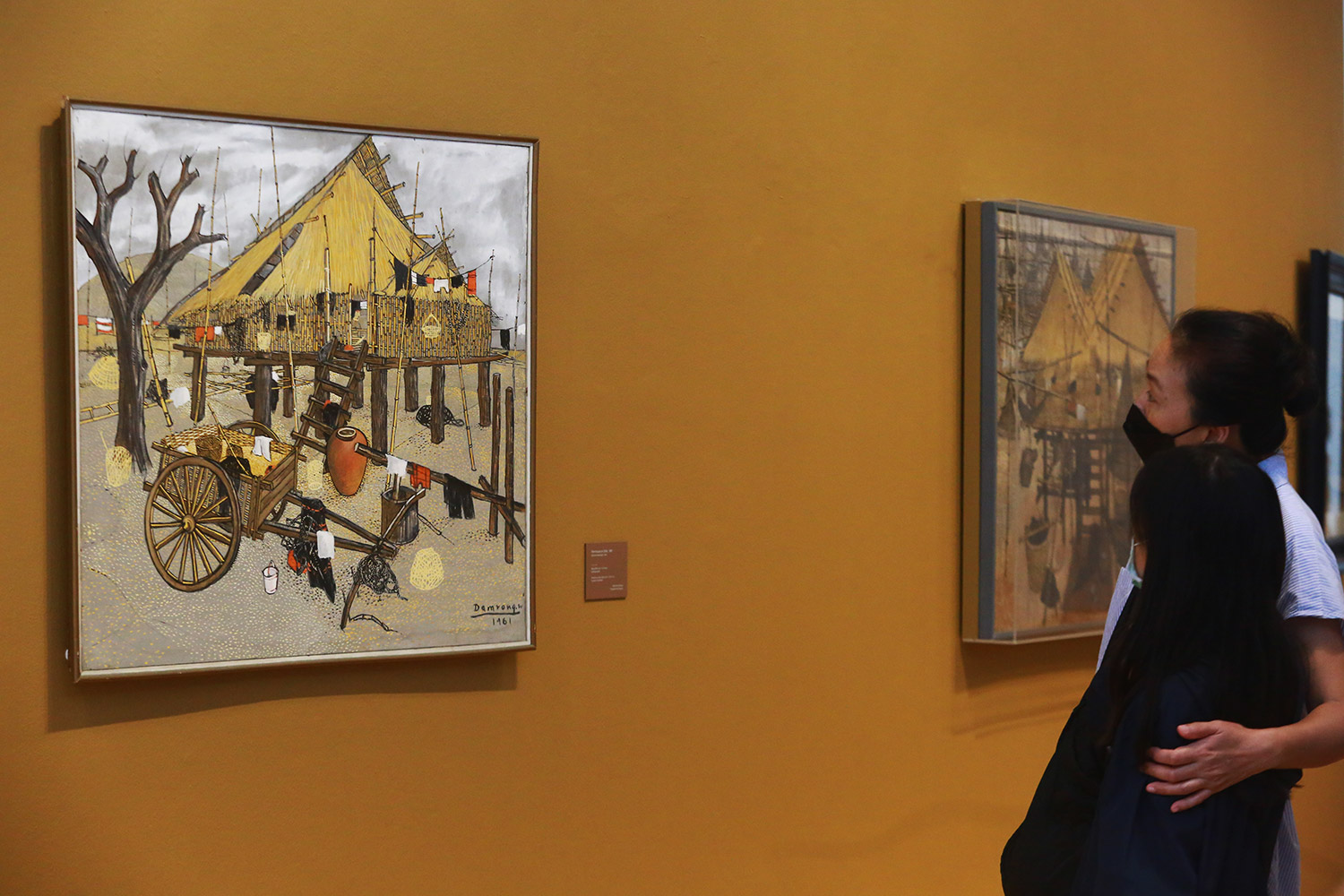 Damrong was praised as an artist who reflected Thai rural landscapes.

Guest curator, Adulaya Hoontrakul, said the exhibition team wanted to highlight his "versatility" in order to showcase Damrong's diverse roles in the Thai art industry. "Discipline" is used in the exhibition title to emphasise his continual repetition in creating his work.

"Despite working repetitively, each of Damrong's artwork emerges differently and creatively. He explored many techniques during his career. In addition to painting and drawing, he used mixtures of printmaking, collage and mixed media to produce his artwork. According to his notes, Damrong wrote that an artist's most important work is to create artwork and any other work must come second. The second most important thing for him was teaching. Other priorities to which he dedicated his time included art management, art conservation and art criticism," explained Adulaya.

Recently on display at the BACC and now on view at bit.ly/32LITfj, the exhibition features 70 paintings and prints, academic essays and video interviews with the artist's classmates, colleagues, family and art collectors. The exhibition separates into four sections of the different colours that Damrong used. The four sections are divided by the main periods of the master: Painting Thai Modernism (1954–1962), Discovering the Multiverse (1962–1975), Living in Consensus (1976–1977) and Imagery of Serenity (1977–2002).

Painting Thai Modernism showcases Damrong's painting as an art student. Techniques during this period included tempera, oil paint on wood board and calico fabric as well as prints on paper. There are many rural landscape paintings including Farmhouses (1961), Traditional Houses On Stilts (1962) and Coconut Trees (1961). At the end of the section, his rural landscapes developed into geometric abstract forms. One of his most famous paintings, Fishing Village (1960), which won the first prize gold medal in the painting category at the 11th National Exhibition of Art, is displayed in this section. 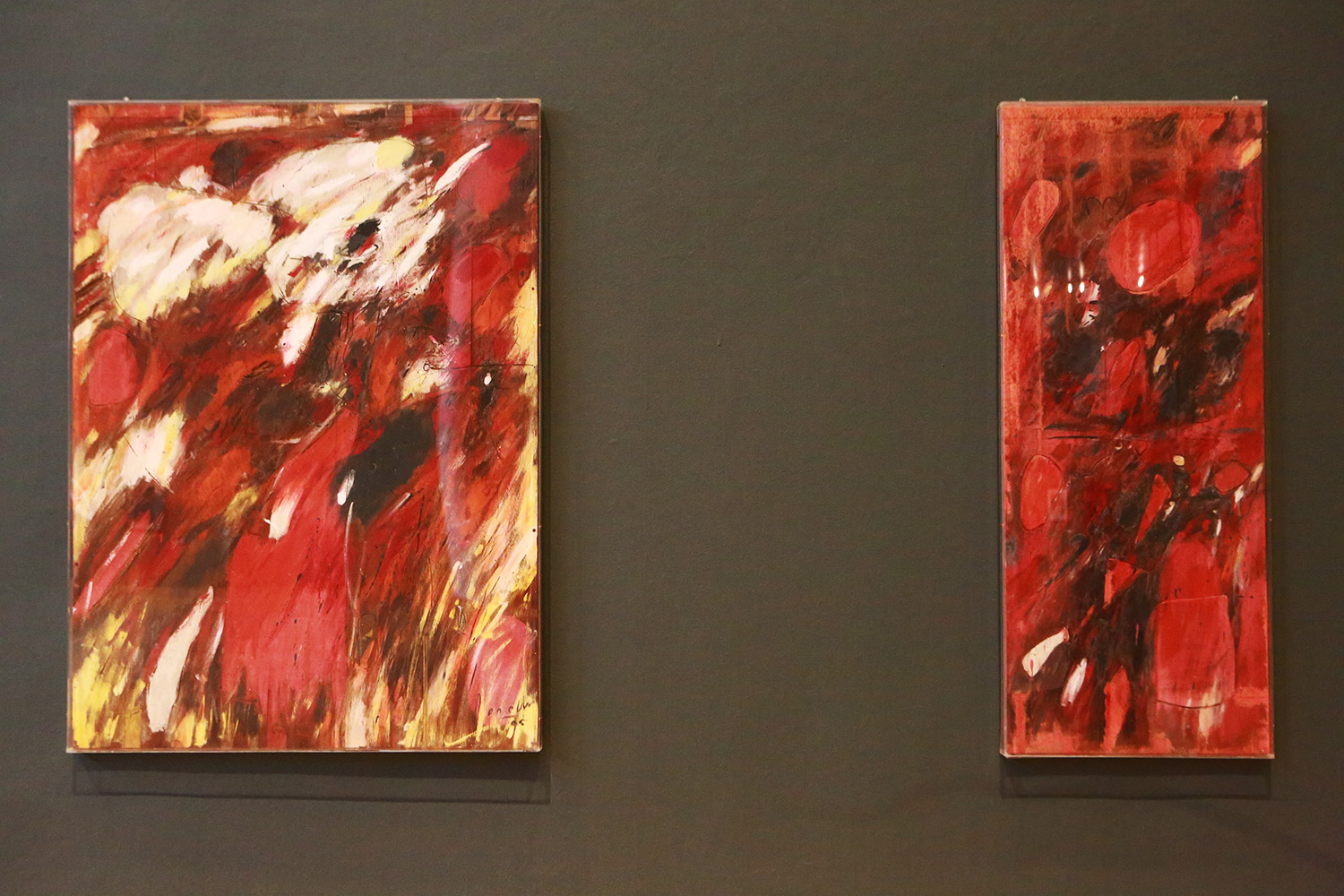 Some of Damrong’s paintings were influenced by abstract trends and internationalism. (Photos: Somchai Poomlard) 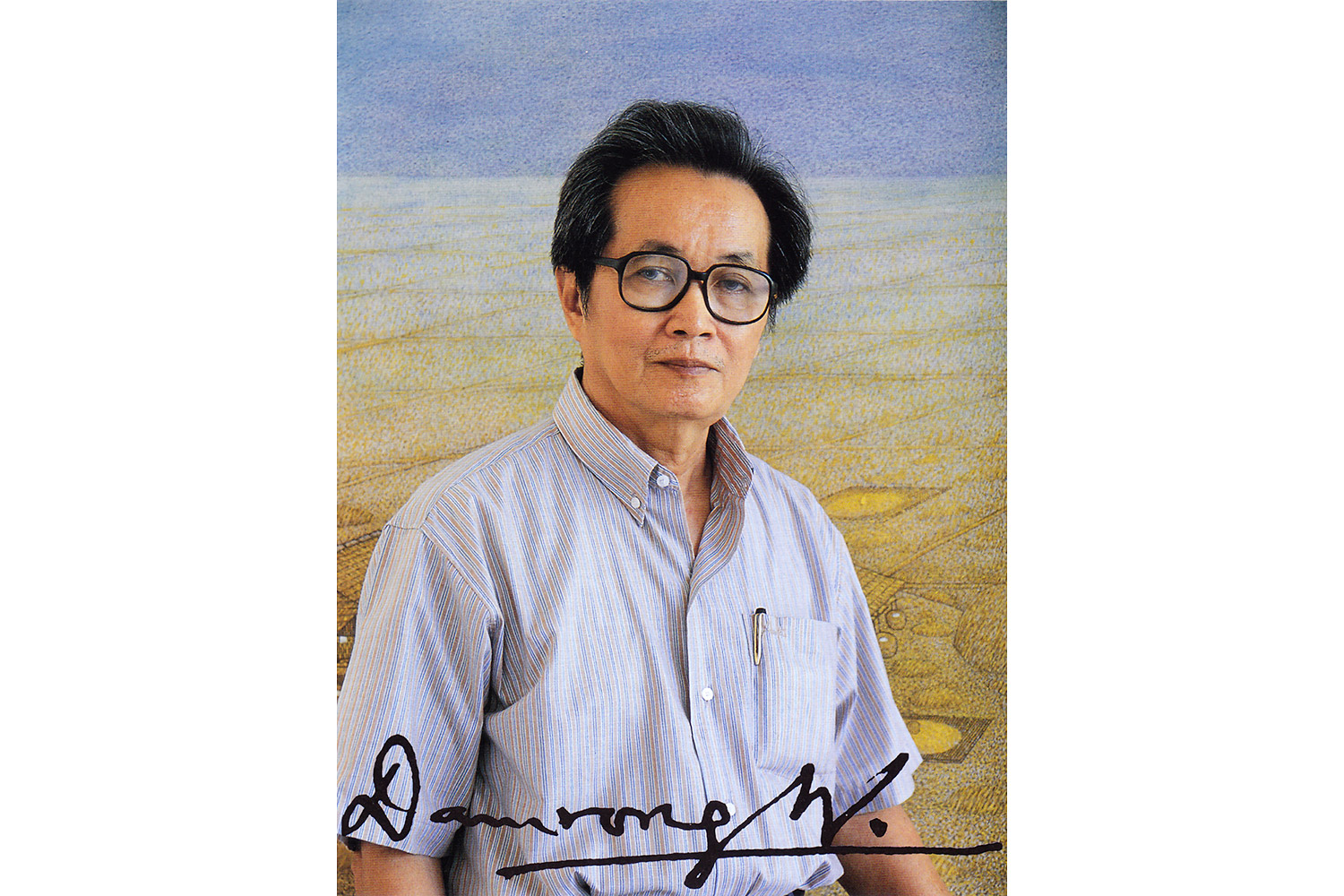 "The section is in brown. The ink on paper piece, Power Station Of Wat Lieb (1957), is the oldest painting in this exhibition. Many artists at that time painted this power station located opposite to Poh-Chang Academy of Arts where Damrong studied. The award-winning Fishing Village is a painting that art history students see from textbooks. His paintings during this period are intriguing and have elaborate details. Damrong won several awards from art competitions. His works have attracted art enthusiasts since he was an art student. Viewers can see his evolution in this section," said Adulaya.

On the grey walls, Discovering the Multiverse exhibits abstract and expressionist paintings and woodblock on paper. Damrong's abstract techniques include watercolours, chalk, oil paints, acrylic, collage and woodblock printing. Another guest curator, Asst Prof Vichaya Mukdamanee explained that during this period, Damrong was no longer a student and he was influenced by the abstract trend and internationalism while he was living in the UK and the US.

"I like the unknown title abstract pieces that feature red tempera on wood board because Damrong rarely used the red colour. The paintings were site-specific pieces and were created at a house of a collector. Even though he created many paintings in the US, the exhibition has only one painting from this time period. The painting is a part of a series that was inspired by the Thai alphabet. This acrylic unknown title piece was inspired by the first Thai letter of the alphabet, 'Kor Kai'. From the first section to this period, Damrong had experimented and tried to break his own limitations and boundaries. He was praised as an artist who reflected Thai rural landscapes the best. Rural landscapes could be his signature, but when he was in the UK, he turned to experimenting with abstract painting instead," said Vichaya.

Living in Consensus is in a green atmosphere. The paintings here were created when Damrong was an artist-in-residence in Japan. Adulaya explained that Damrong was in Kyoto, which is an old town of the Shinto religion. During this period, Damrong stopped creating abstract art and used pens, pencils and watercolours to draw simplified forms of architecture in Japan. He was fond of the tori or traditional Japanese gate. Vichaya analysed that Damrong probably discovered spiritual forms in Japan. 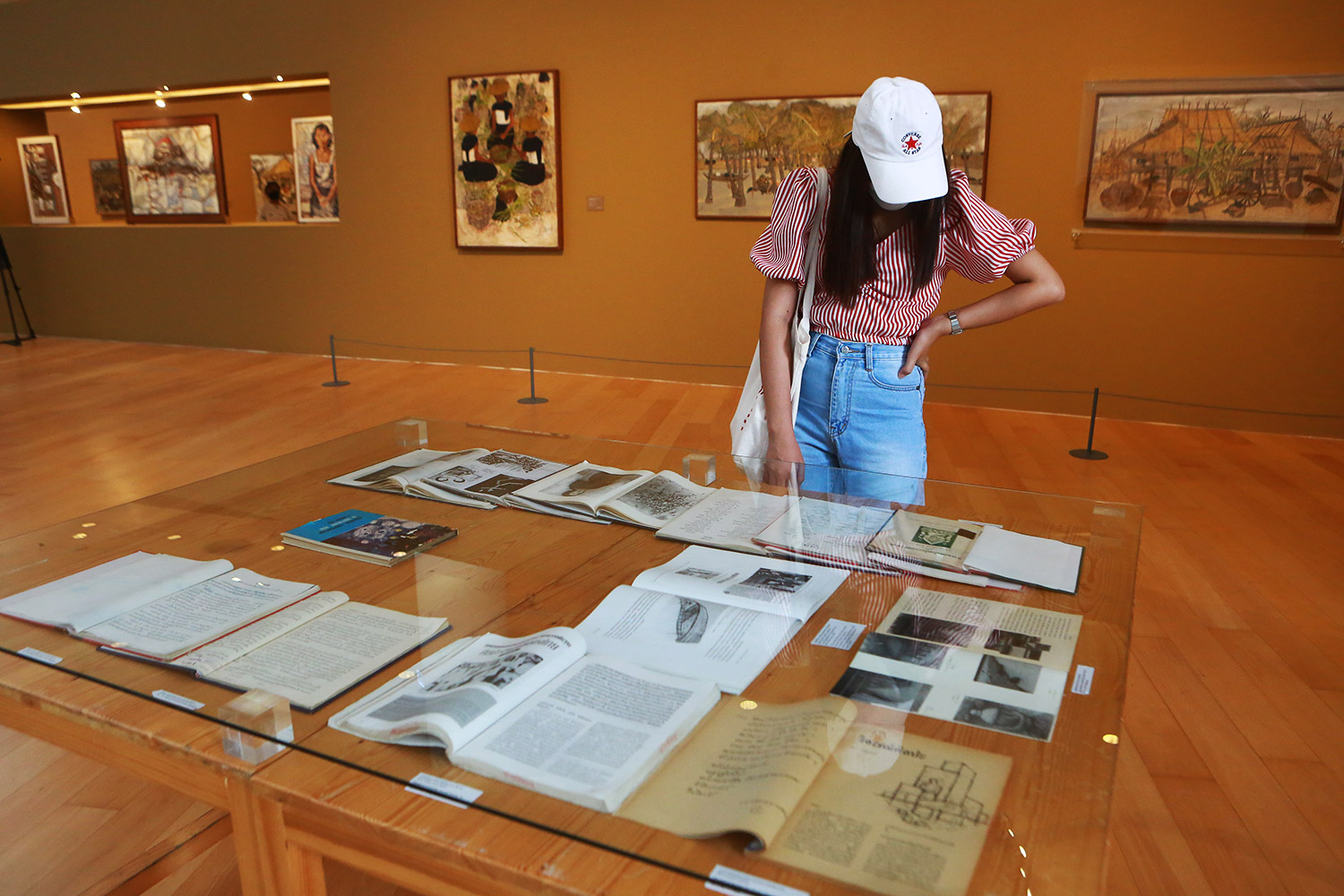 Damrong’s features and art critiques in newspapers and magazines. 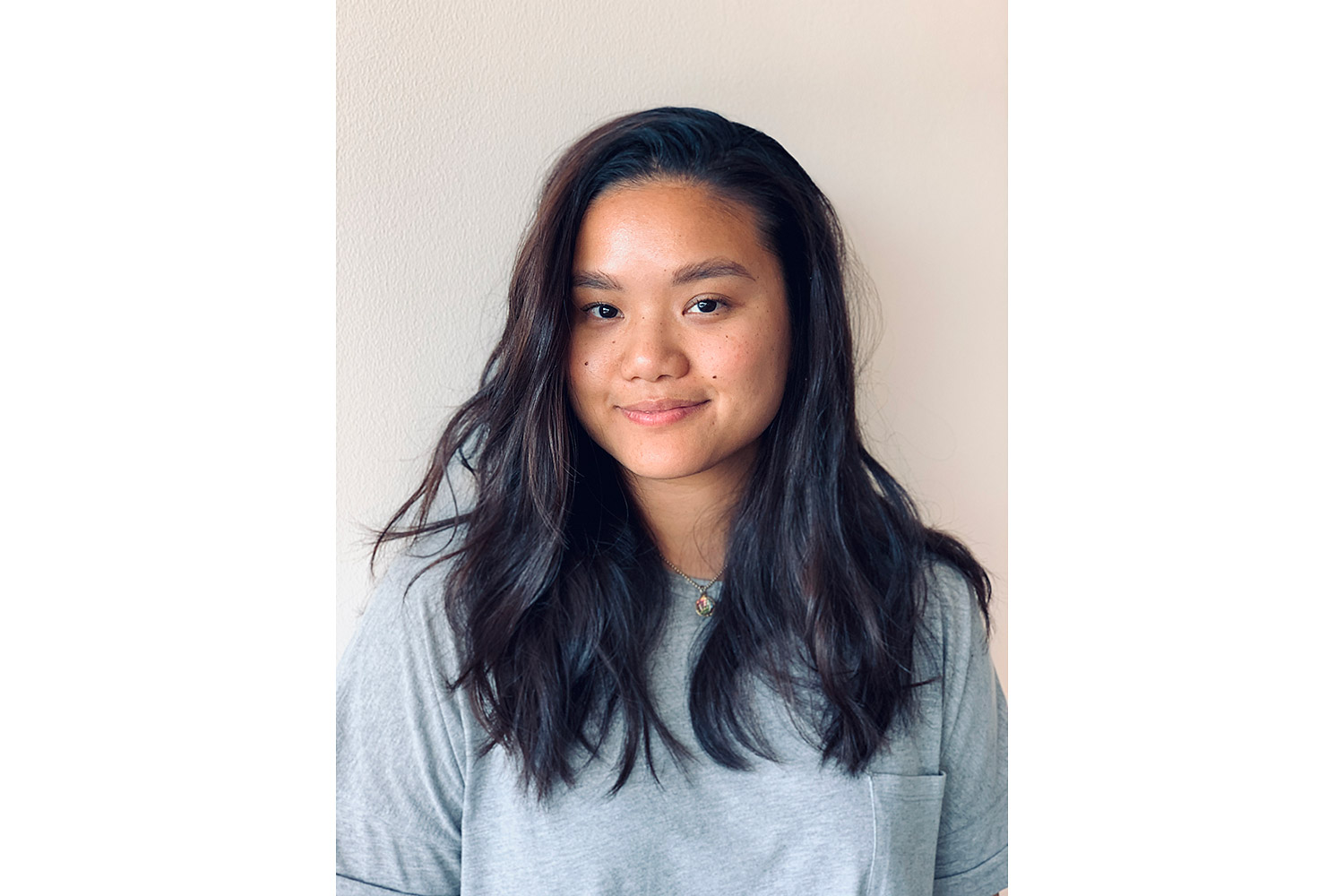 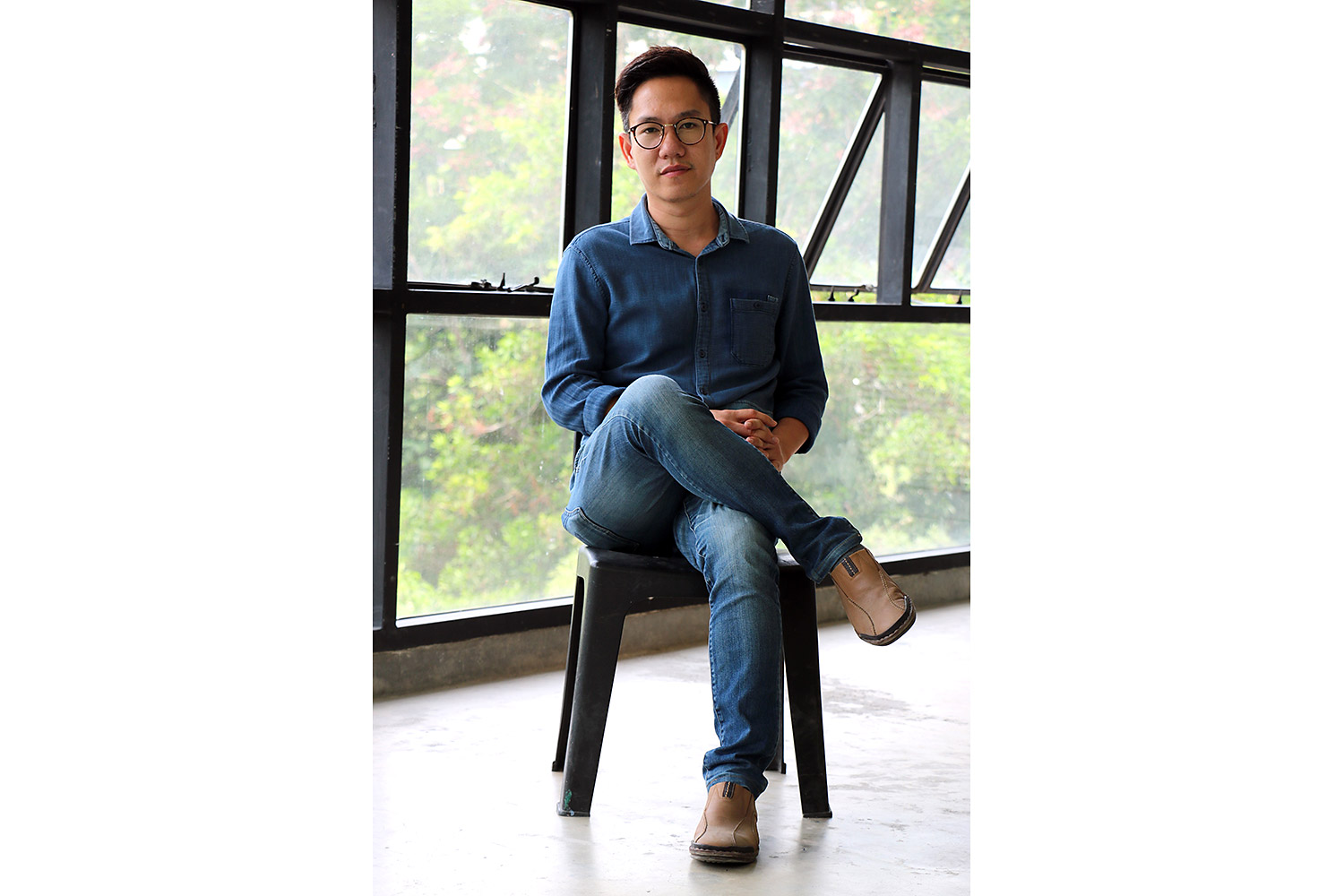 "When he was in the UK and the US, he attempted to find forms and styles for his self-expression. He probably found that art forms could not express his spirit and abandoned the forms to paint abstract. In Japan, he may have discovered that with their simplified forms, Japanese architecture still had a spiritual essence. Hence, he may have figured out that he did not have to abandon the forms," explained Vichaya.

The dark blue area, Imagery of Serenity, features many paintings of houses on stilts with thatched-roofs as well as other iconic rural life elements such as large earthen water jars, haystacks and woven baskets with a golden rice field backdrop. Some people thought Damrong went back to his rural landscape signature, but the curator, Vichaya, believes that these paintings, which reflect a sense of peace, are not regular landscapes.

"The largest painting in the exhibition with a dimension of 200.7-by-301.2cm, The Great Painting For Thailand (1993-1998), depicts an endless rice field with houses and haystacks. During this period, his paintings blend actual landscape scenes and idealistic images. The painting implied the essence of being Thai. Damrong's viewpoint was beyond just nature or the rice field, but it was about the Thai style of living," said Vichaya.

Vichaya hopes people will look back and get to know Damrong.

"Damrong contributed to many areas in the Thai art industry. He pushed forward to hold exhibitions in art galleries. He wrote features and art critiques in newspapers and magazines. Throughout his life, he attempted to create a movement of Thai art in order to reach international standards. Damrong is a significant person in the Thai art industry, but not many people know him. I hope people will look back and learn about art and cultural aspects from his work. Also, we should have this kind of exhibition often," said Vichaya.

"Damrong Wong-Uparaj: A Retrospective of Versatility and Discipline" is now on view at bit.ly/32LITfj.