Home of the monsters

Monsters in fairy tales, myths and legends are fascinating due to mysterious images and stories. On display now at SAC Gallery, a group exhibition titled "Monster" takes viewers to explore extraordinary stories hidden behind the images of animals, humans and objects.

Vipoo Srivilasa, Komkrit Tepthian and Aof Smith are among the eight artists who created monster-themed work from their different interests. While Melbourne-based artist Vipoo designed porcelain based on Thai folk tales, Komkrit created an elephant sculpture from a traumatic historical event, and Aof drew three paintings inspired by the sound of music. 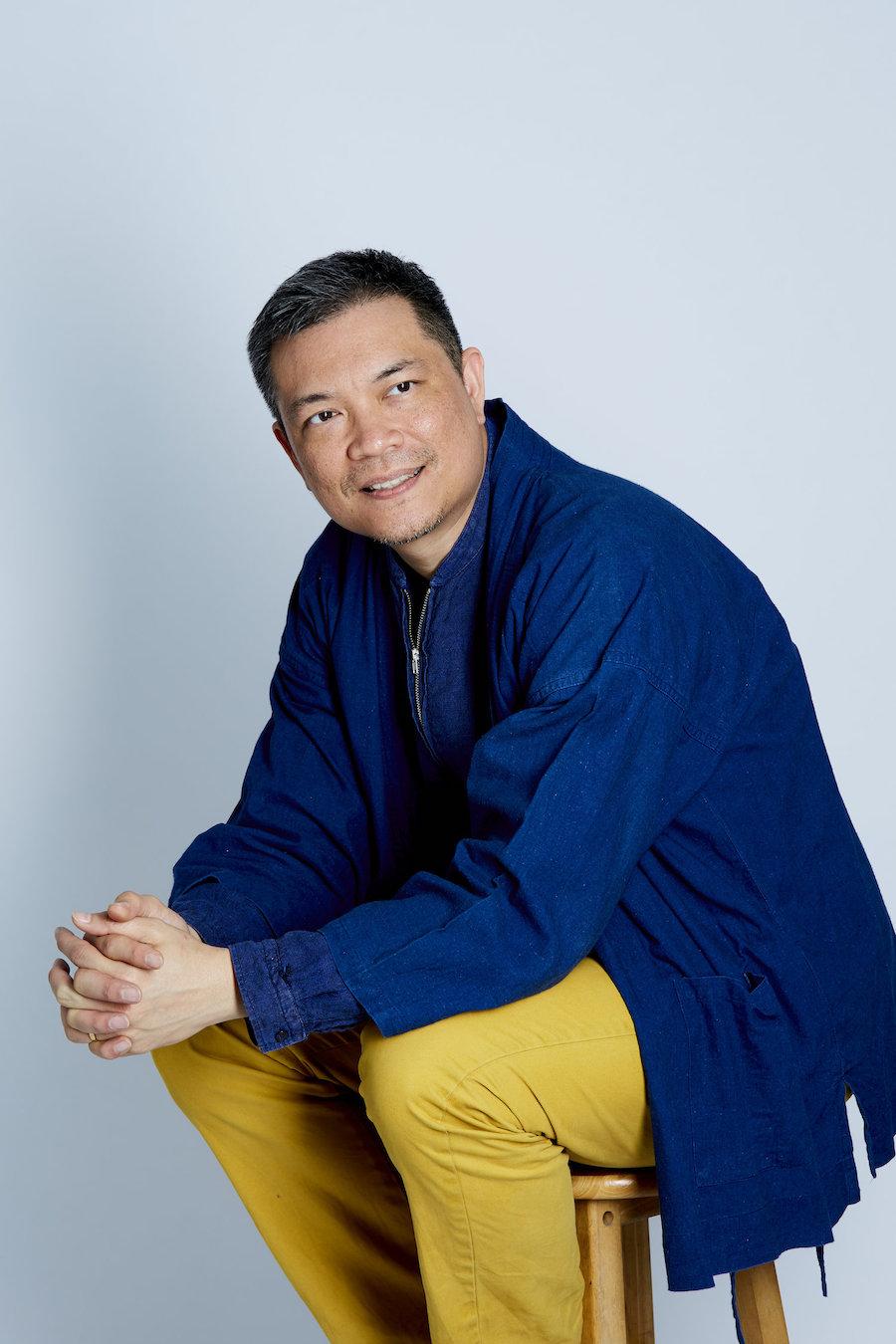 The artist is excited by the monster theme. He said "Monster" is a fun theme, especially when teaching children.

"When I teach people who do not have a background in art, the monster is a theme without restrictions and brings positive energy to creators. If people create a human ceramic figure, it must have two eyes, two arms and two legs. The outcome must look human. However, monster figures can have as many organs as their creators want. After creators see the results, they feel happy with the creations," said Vipoo.

Since Vipoo has lived in Australia for 25 years, his work is a perfect blend of cross-culture experiences. In "Monster", he made characters from Thai folktales striking, quirky and whimsical figures in vivid colours. The artist said his work must be fun, happy and beautiful. As a result, characters like the ugly Horse-faced Princess and the terrifying Garuda and Naga were designed to be cute and fun figures. 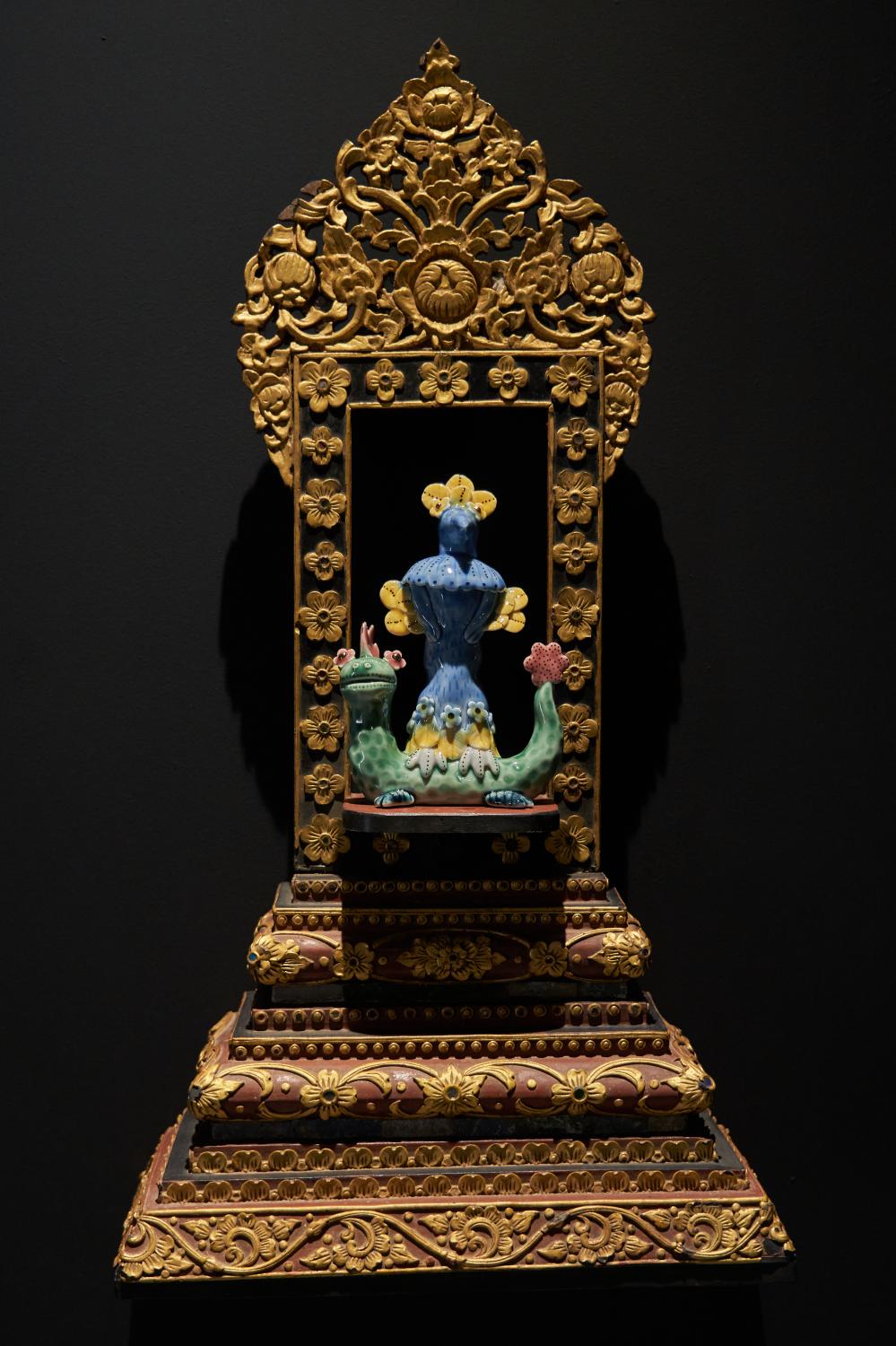 "I took memories from childhood days and modified them into something new. In Thai traditional art, there are only male Garudas but I wanted to see how a female Garuda might look like. According to Thai folk tales, the Garuda and the Naga are enemies, but I wanted them to be friends and hang out together. The Horse-faced Princess was designed to be cute and sexy with the help of Playboy bunny ears. I was happy while working and I use my clay figures to spread happiness," said the artist.

Vipoo Srivilasa was awarded the 2021 Ceramic Artist of the Year by the editorial staff of Ceramics Monthly, Pottery Making Illustrated and the American Ceramic Society, however, he has never stopped learning. In "Monster", he used a new technique of Mexican clay sculpture called Tree of Life that he learned in an online ceramic workshop by The Ceramics Congress, of which he was the art director.

"Flower shapes are difficult to attach to the edges of the figures. Mexican ceramicists use high-temperature nichrome wire to attach clay flower shapes onto a platform which can solve this problem. I tried this technique with Blossom Deity and A Horse-Faced Deity in 'Monsters'. I tested this new technique with a kiln a couple of times before the results came out well," said Vipoo. 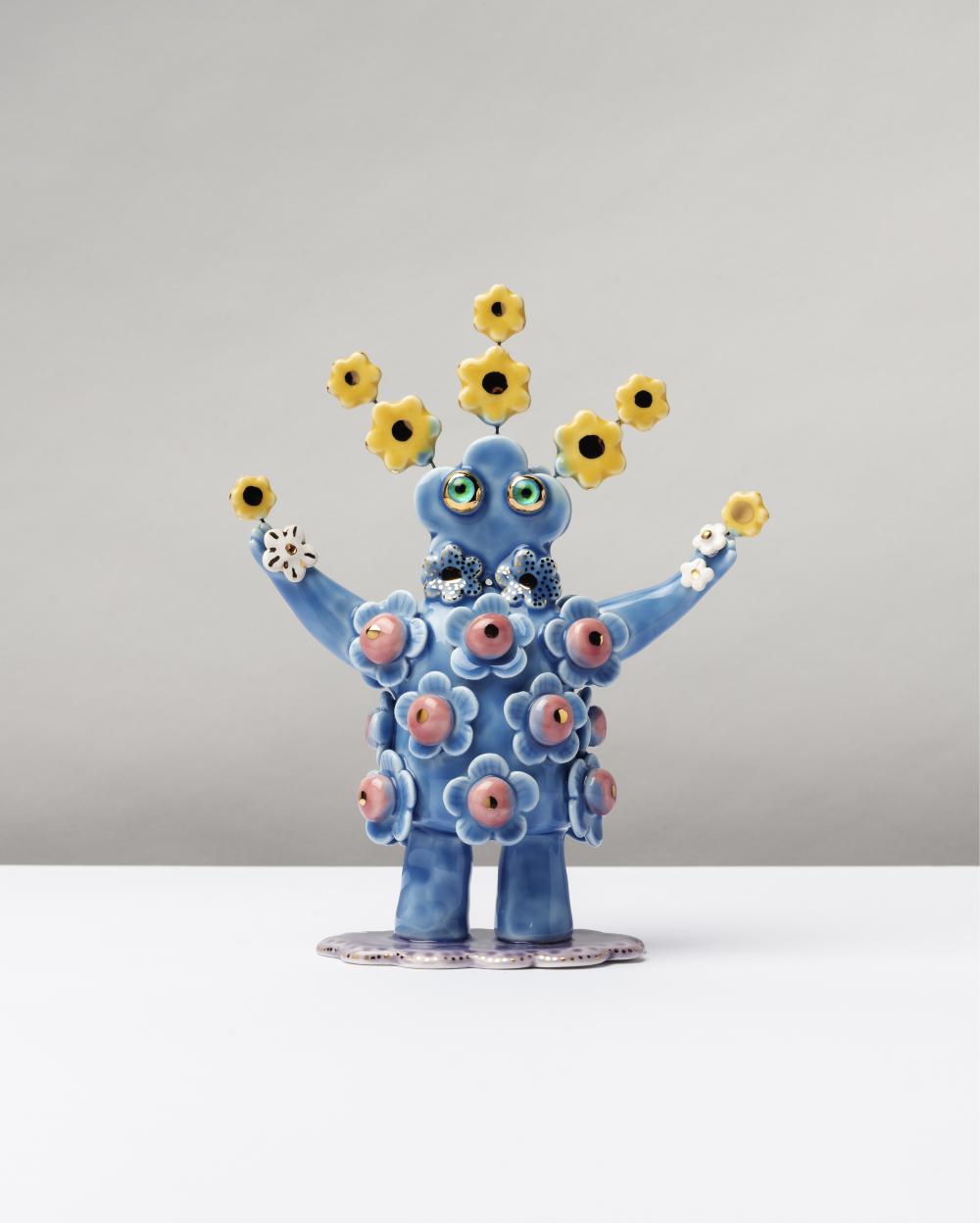 Besides learning new techniques, the artist has been involved in charities and community projects. Vipoo said he has always enjoyed participating in activities since he was young.

"Working with the community pushes me to meet people more since I work alone in a studio for five to six months. When I participate in a workshop and see people enjoy learning how to make ceramics, that makes me happy also," he said. 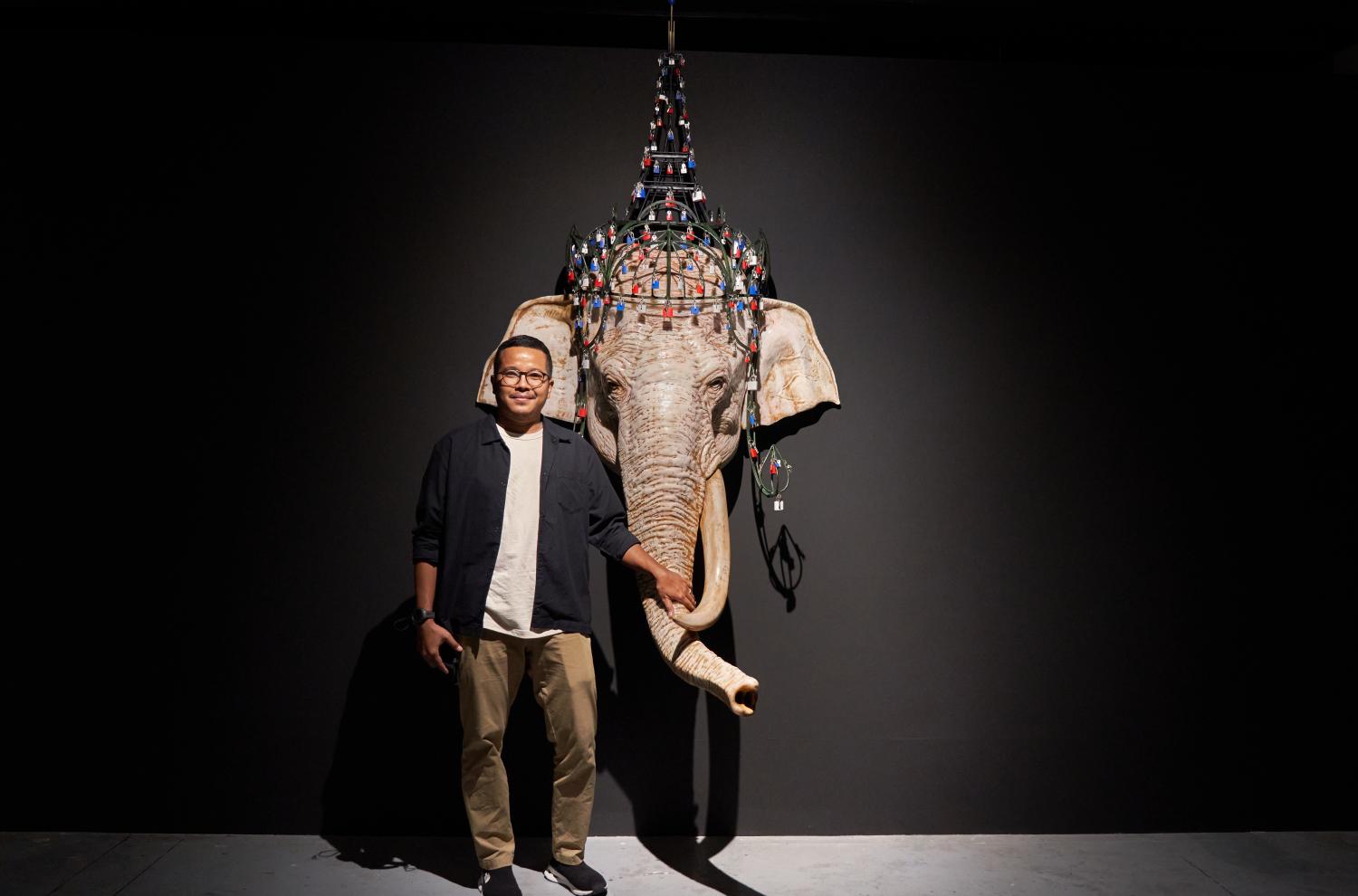 Inspired by a traumatic event in the history of the relationship between Thailand and France, Castor & Pollux is a sculpture of two Thai elephants which were killed in the late 1870s at the Jardin des Plantes in Paris. The two elephants -- Castor and Pollux -- a replica of the Great Crown of Victory and other living creatures and objects were sent from Thailand to France as presents. Kromkrit, the artist, lecturer and owner of Motmo Studio, said the idea of "Monster" refers to something that is made to be odd.

"These two elephants were a symbol of friendship between Thailand and France. They were considered important. Castor and Pollux were famous because at that time elephants were a rare sight in France. Their stories were often published in newspapers. However, during the Siege of Paris, food shipments to the city were cut off and wild animals at the zoo including the two elephants were killed and served as meat," said Komkrit.

The sculptor said the news about the killing of these two elephants was not reported in the French or Thai media, but the news was published in English newspapers.

"I was startled to find out that they killed elephants for meat. Thais have a bond with elephants and consider them as valuable animals. I wondered how severe the food shortage must have been that made the French decide to eat elephants," he said.

It has been said that "history is written by victors" and Komkrit agrees with the quote. 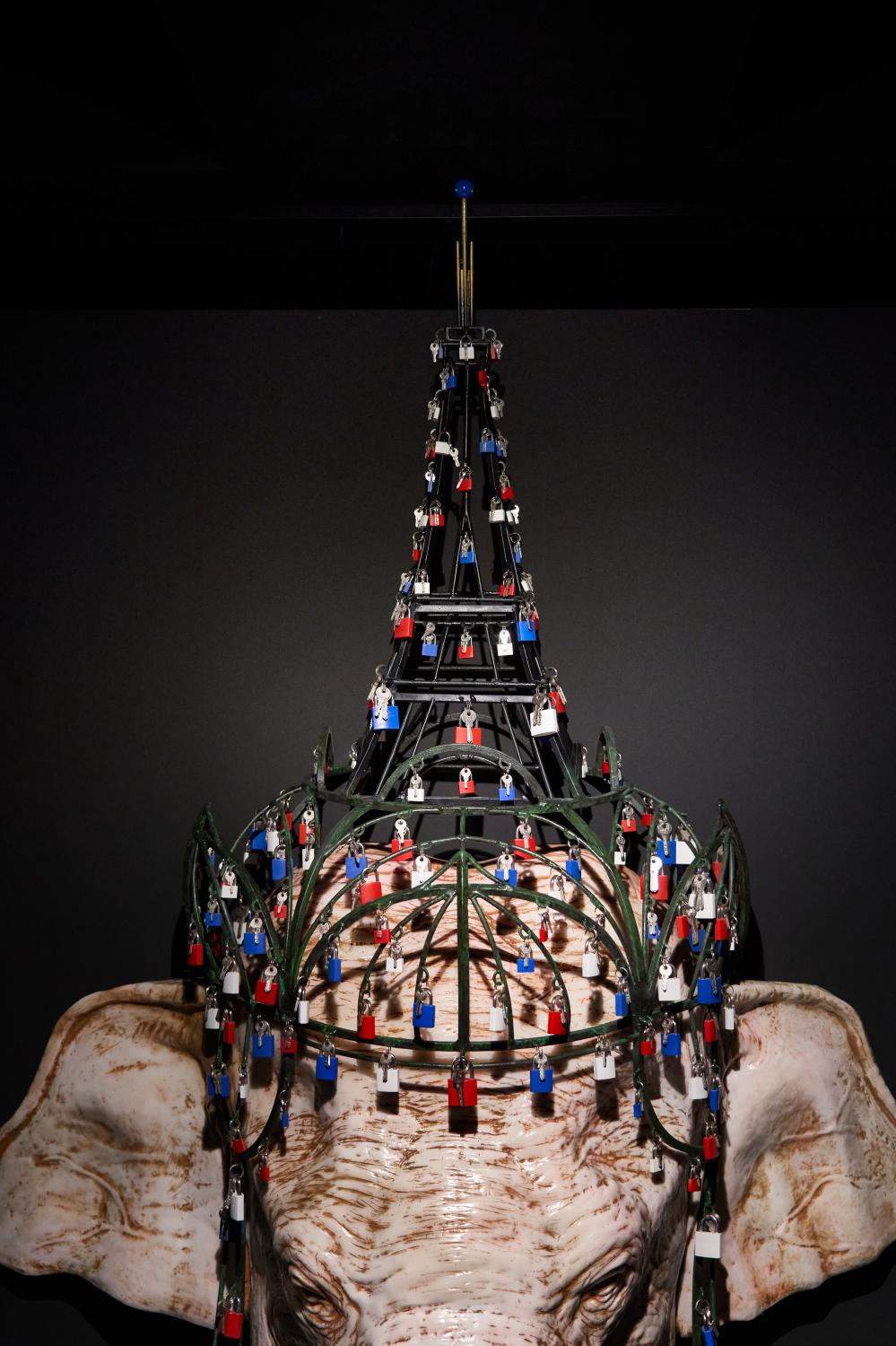 A crown on the head of the elephant was inspired by the Eiffel Tower and the Pont des Arts Bridge. (Photo: Komkrit Tepthian)

"History is an aspect of truth that we cannot believe in 100%. The records are by the victors, losers and those that are neutral. If there is new evidence, history can be changed. There were no records about Castor and Pollux in Thailand because reports were always about upper-class people. I want to work on stories about people in general because I think relationships between people can change. Thus, people should learn about the past in order to prevent history from repeating itself," he said.

There are many symbols in the elephant sculpture including a crown on the head of the elephant which was inspired by the Eiffel Tower and the Pont des Arts Bridge and adorned with locks of red, white and blue. These symbols are not difficult to interpret and Komkrit hopes viewers will understand his work.

"I really care about viewers and want them to understand my work. At least, they can see the aesthetics of my work. If seeing Castor & Pollux can encourage viewers to seek more information related to elephants, art is useful. Art should be like a guide that leads people to different kinds of information such as history, philosophy and other fields of studies," concluded Komkrit. 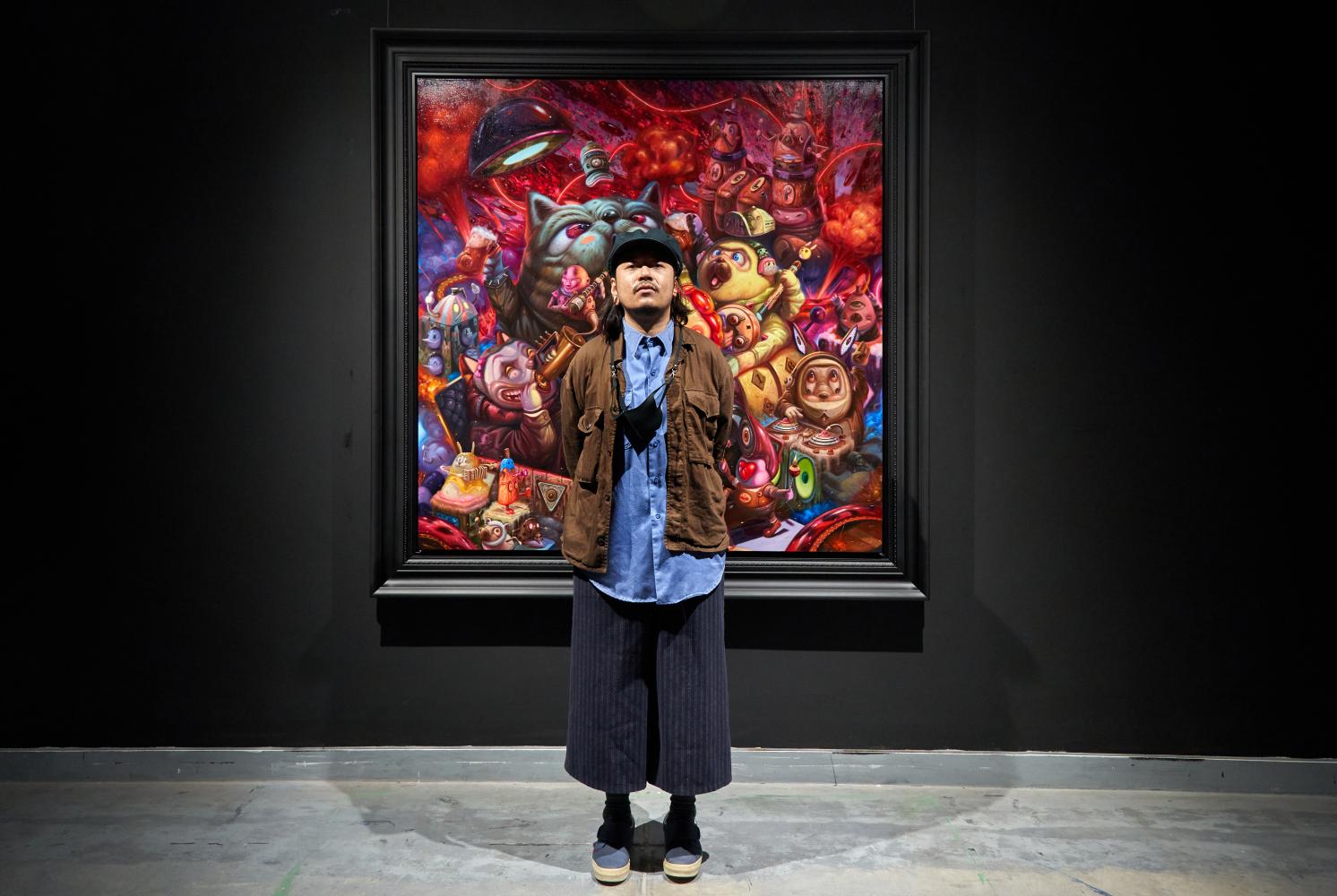 "Monster refers to something inhuman. I was thinking about what kind of environment can drive people to become inhuman and show aggressive behaviour. In some concerts, music can arouse monsters inside concertgoers and lead to arguments and violence. Monster Music is a painting that depicts a noisy party where partygoers drink and use drugs. Nobody hears when someone cries for help," said Aof.

The paintings by Aof are unique with candy-coloured images and two famous characters -- Furry, a bulldog-like creature, and Fay, a placid girl. For "Monster", Aof said he tried laser lighting for the first time.

"I worked with a band and know about concert lighting, but this was the first time that I drew laser lighting. Painting Monster Music was challenging because I had to organise lighting structures, reflections and shades. I also had to create compositions that made the painting look like it is moving and has sounds," the artist explained. 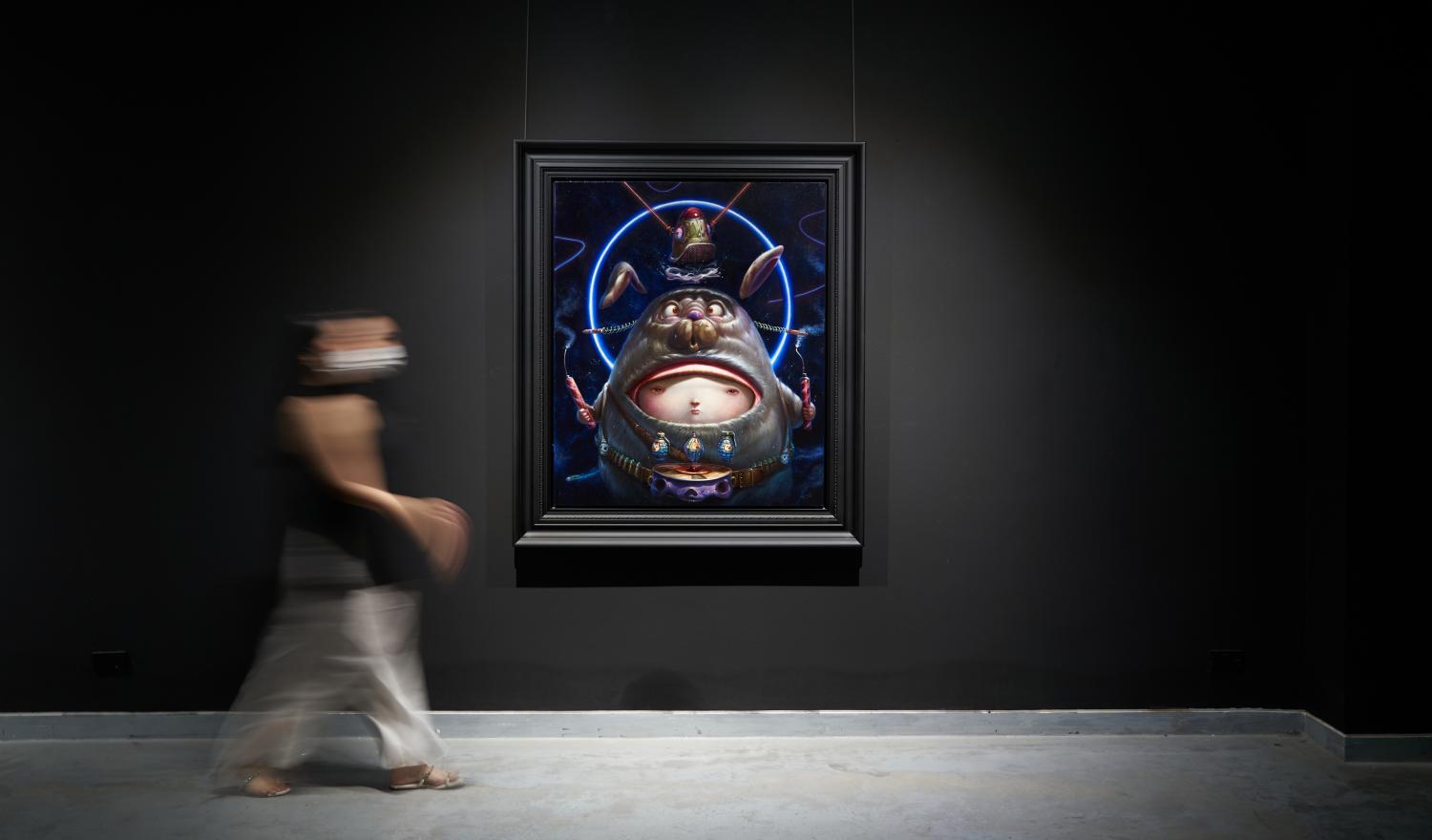 In the past, pop surrealism was not accepted as fine art but Aof did not pay attention to negative attitudes. His determination and hard work brought a positive outcome and recognition. His works were published in many respected international magazines such as Direct Art, HT Art Magazine and Hidden Treasure Art. He has also advised aspiring artists to be determined and persistent.

"If young artists want to be recognised, they should not be easily discouraged and work hard. I worked even on days I felt bored, moody or sick. They should keep improving their work and be happy with what they are doing. If they are determined, there will be a good result," said Aof. 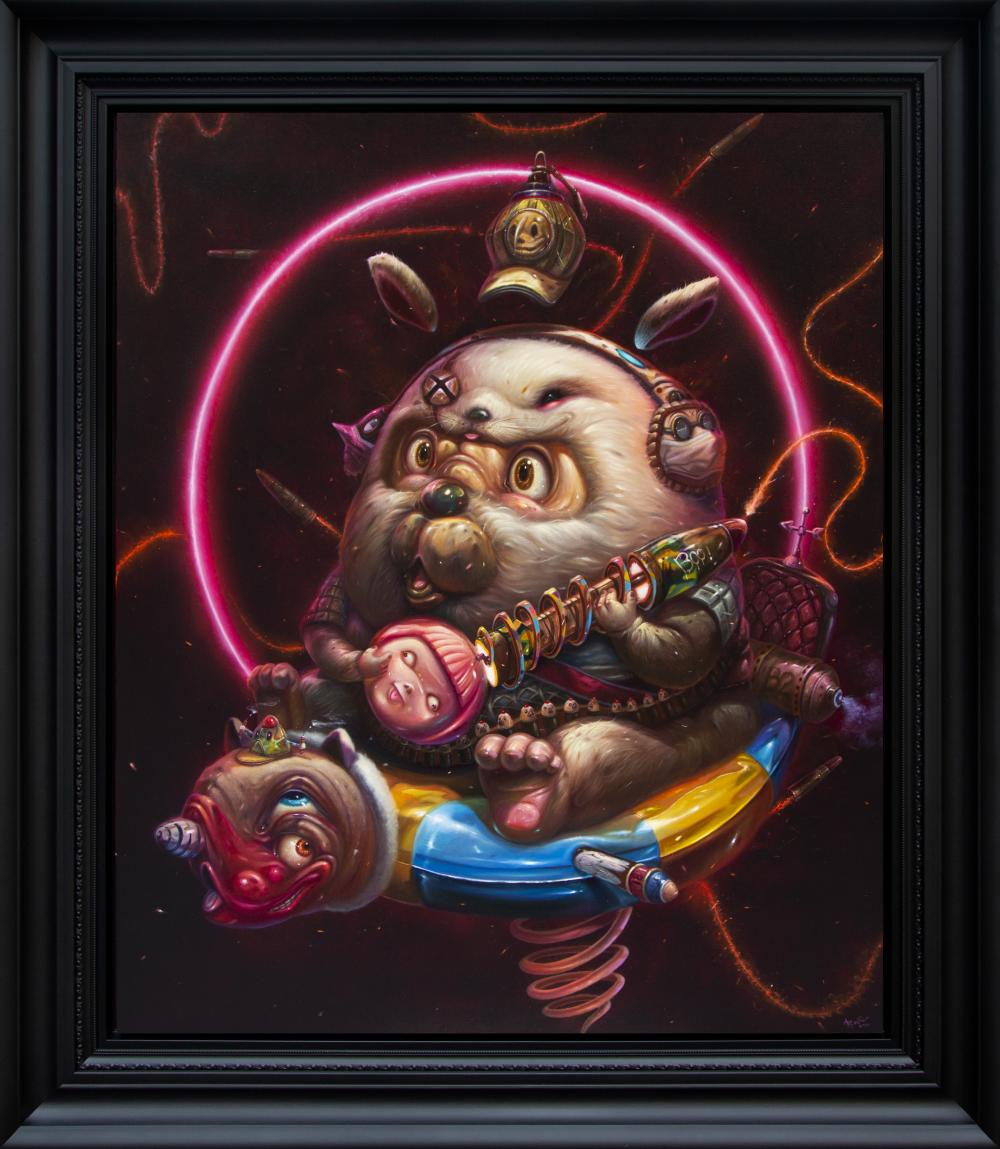