Finding inspiration on the streets

Since last year, Thai artist Charannatan "Char" Tanachoteporamat has been experimenting with new elements to create abstract paintings for her collection titled "Interactional Environment". Currently, the young painter is hard at work preparing for upcoming exhibitions in the United States and Europe.

The collection in "Interactional Environment" highlights her perceptions of Western culture and human relationships in each European city she visited two years ago before the Covid-19 pandemic blocked her imagination and creativity.

"During lockdowns, I stayed home and couldn't think of anything new until I went through my sketchbook and looked back at all the pictures I had drawn from my last Europe trip. Only then did new ideas pop up," she said.

Her watercolour sketches vividly recall the moment she met Italians in the old town of Manarola in La Spezia. The town provoked her artistic imagination and became the name of a masterpiece for "Interactional Environment".

In the piece Manarola, Charannatan explores different art techniques such as mixing pastel colours and inventing bizarre, thick textures to represent various shapes of the human body and their movement.

"People in each country have their own unique traits, cultures and physiques, but I noticed that the surrounding environment such as a park, the seaside, or the rocks around islands were common areas for people to unwind and chit-chat." 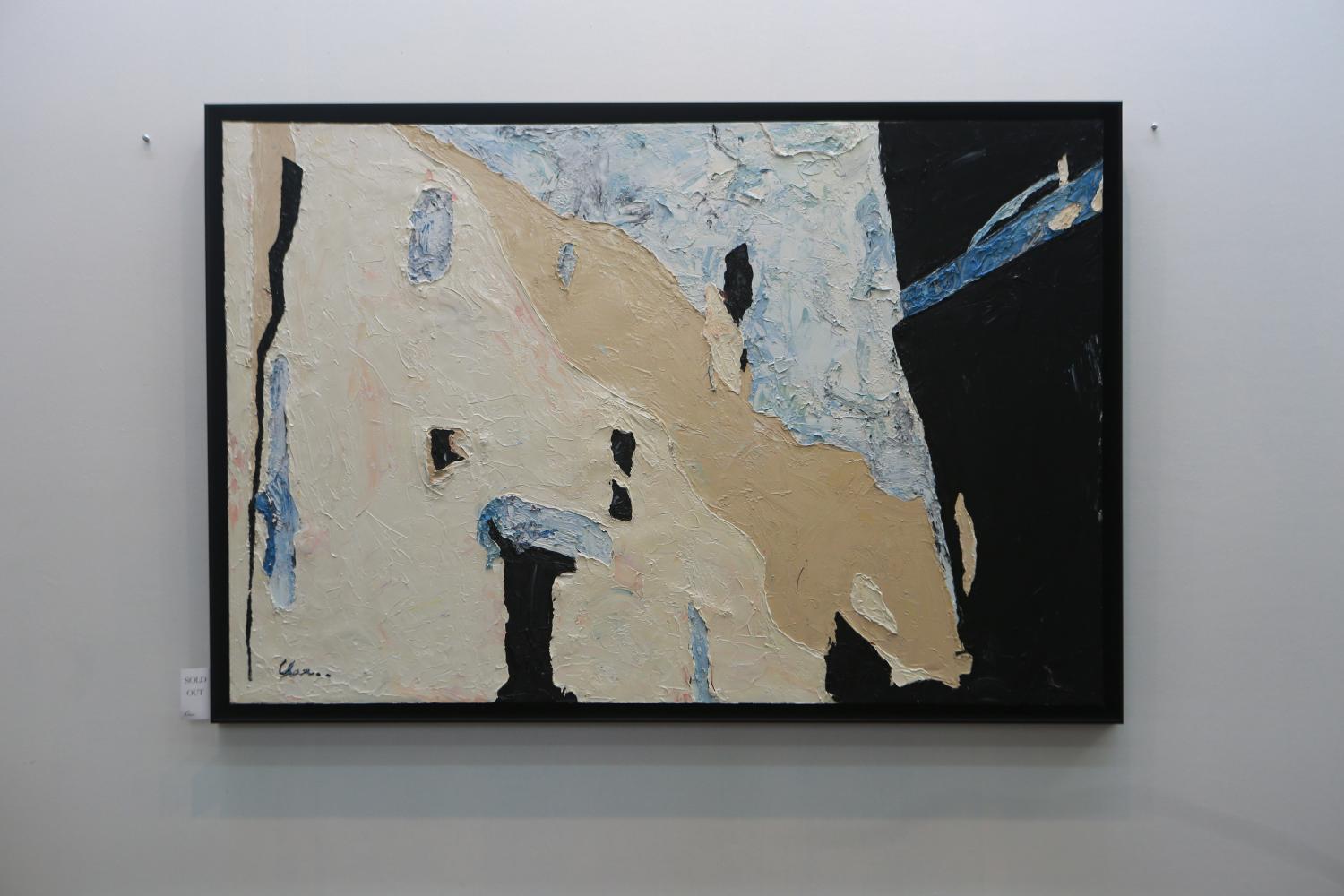 She points out that this piece let her immerse in novel ideas and art experiences.

However, the new concept behind her latest collection did not stem from Manarola. In fact, it originated from another painting titled Kecskemeti Utca, in which Charannatan tried to portray a small crowd on a street in Budapest.

"When wandering the city, I started to notice passers-by. So, my new collection focuses on the mass of people and each colour in my work signifies them," she said.

Unlike many of her previous collections that depict natural landscapes or inanimate objects, "Interactional Environment" is the start of a new era in the evolution of her abstract art.

Charannatan also created a special experimental piece titled Seeing Song in collaboration with prominent jazz pianist and composer, Saksri "Pang" Vongtaradon. She used the palette knife as her primary tool to turn the saxophone sound, the drumbeat and the melody of Saksri's music in Dreams Falling From The Sky Like Raindrops into paint on canvas. 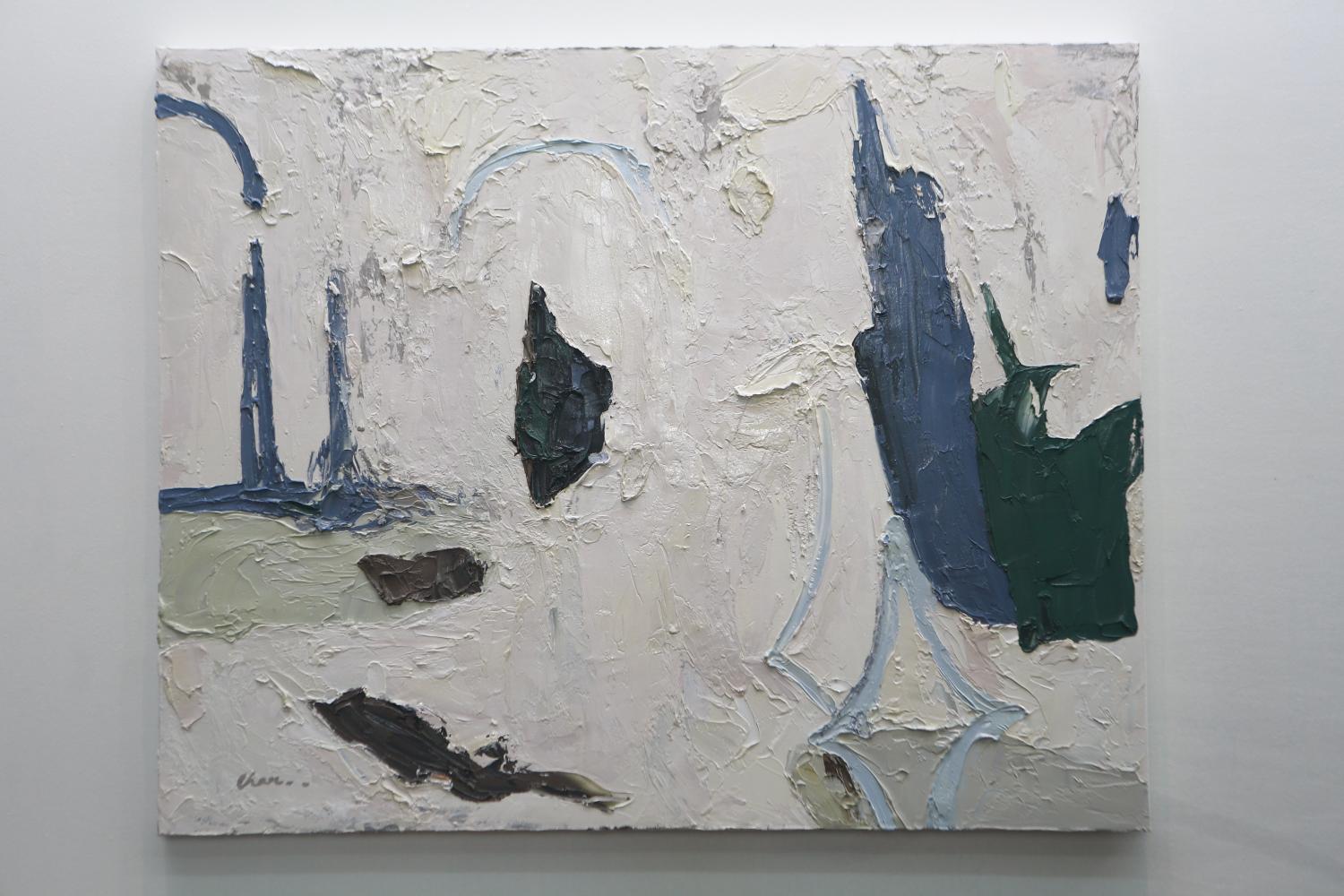 The musician was impressed with Seeing Song as it made his 9 minute song more tangible, allowing his students to visualise his music through Charannatan's striking work.

"When I listened to his music, I was stunned. The song itself was abstract and beautiful. It let my thoughts flow freely, turning them into a fantasy. In the song, there were different rhythms like a fast and slow tempo. So I used a subtle shade of soft colours and built a texture to illustrate a sense of rhythm and pitch."

This is the first time that the artist's inspiration derives from the appeal of jazz. Previously, natural scenery and human society in Western countries were the only sources of her creativity.

Still, Charannatan produced new oil paintings from two old collections. "Flâneur" and "Place Attachment" both detail the characteristics of European cities and the distinctive colours of building materials such as Italian bricks. 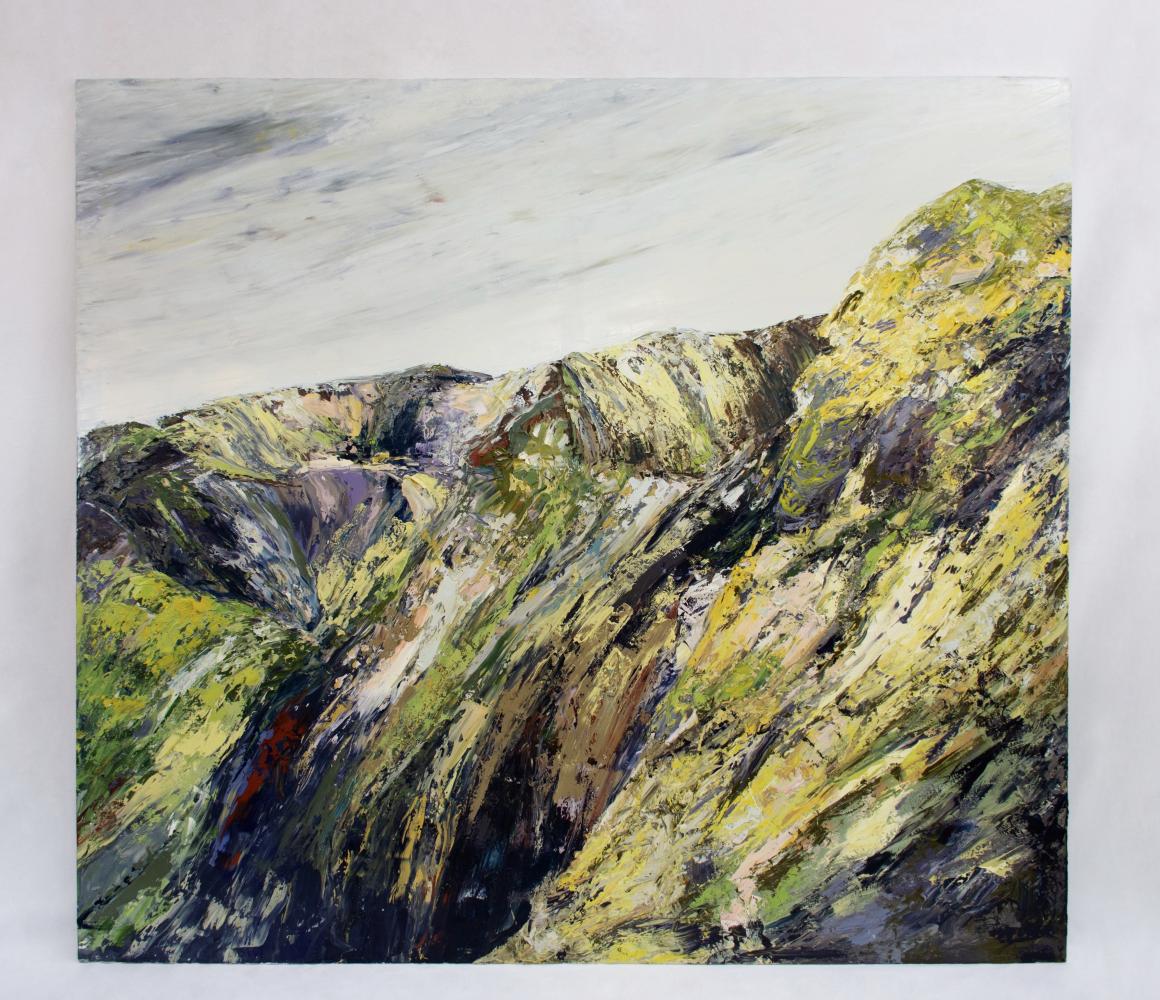 Yet these two series were significantly different. The former is about the aesthetic appreciation of the cityscape whereas the latter spotlights the enchantment of neo-renaissance architecture in Milan, Vienna and Budapest as well as modern design in Copenhagen. This beauty is illustrated with peculiar, elongated shapes of buildings alongside the street.

This year, Charannatan was invited to join the 14th Art Exhibition of the International Visual Artists Association of Thailand, which ended last month. She selected her most powerful piece, Corso Di Porta Ticinese, from the "Flâneur" collection to display at this show.

"As it is a group exhibition, I chose the one that clearly represents power and has a huge impact on visitors. This painting is full of life and energy from people strolling along the Corso Di Porta Ticinese street in Milan. It has an aura of natural things like air, wind, light, including human behaviour," she said.

Charannatan also plans to host a studio visit in her hometown to present the "Interactional Environment" collection and other special art pieces before she goes on an extended trip to Europe. She wants to get Thais to feel closer to the world of visual art. 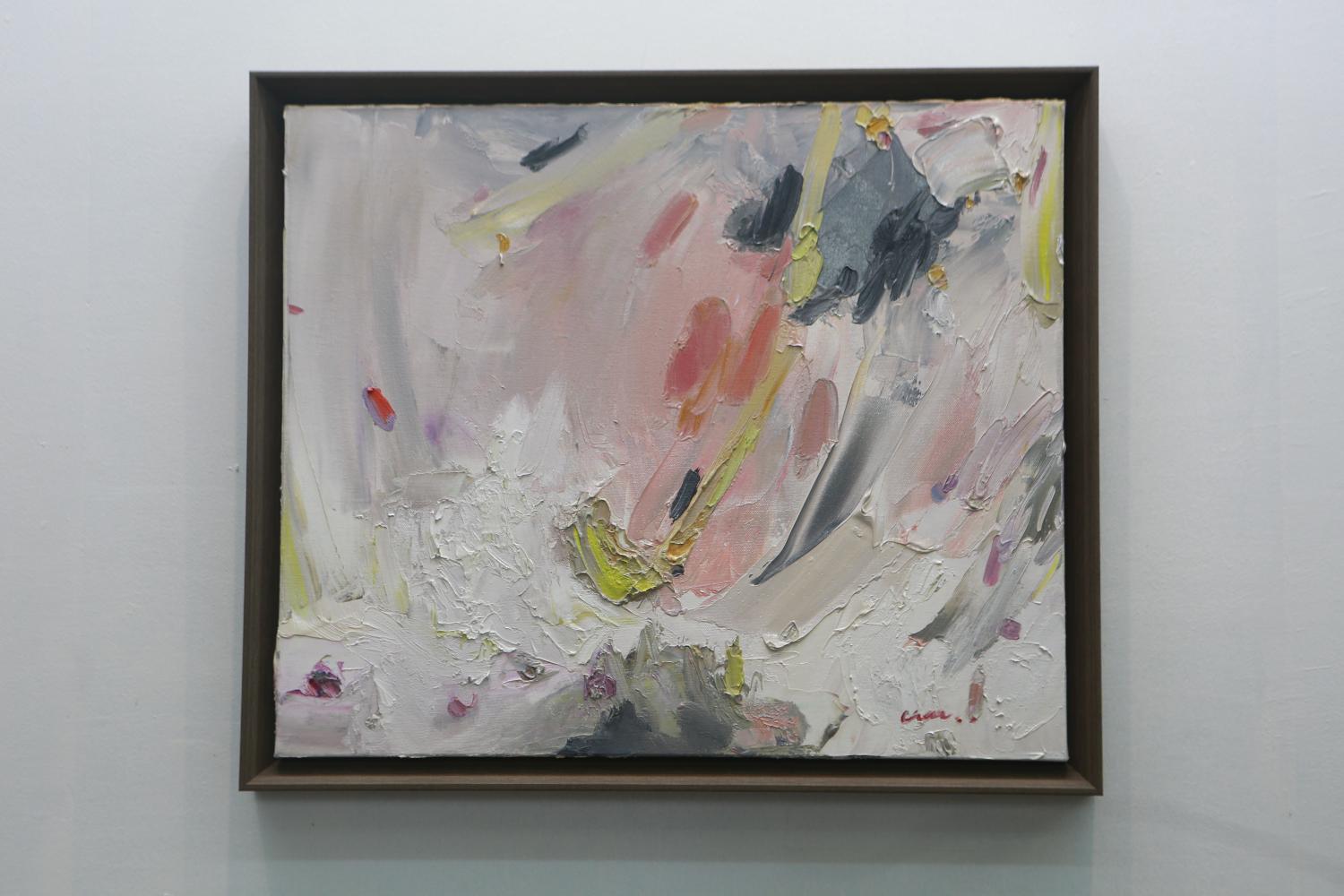 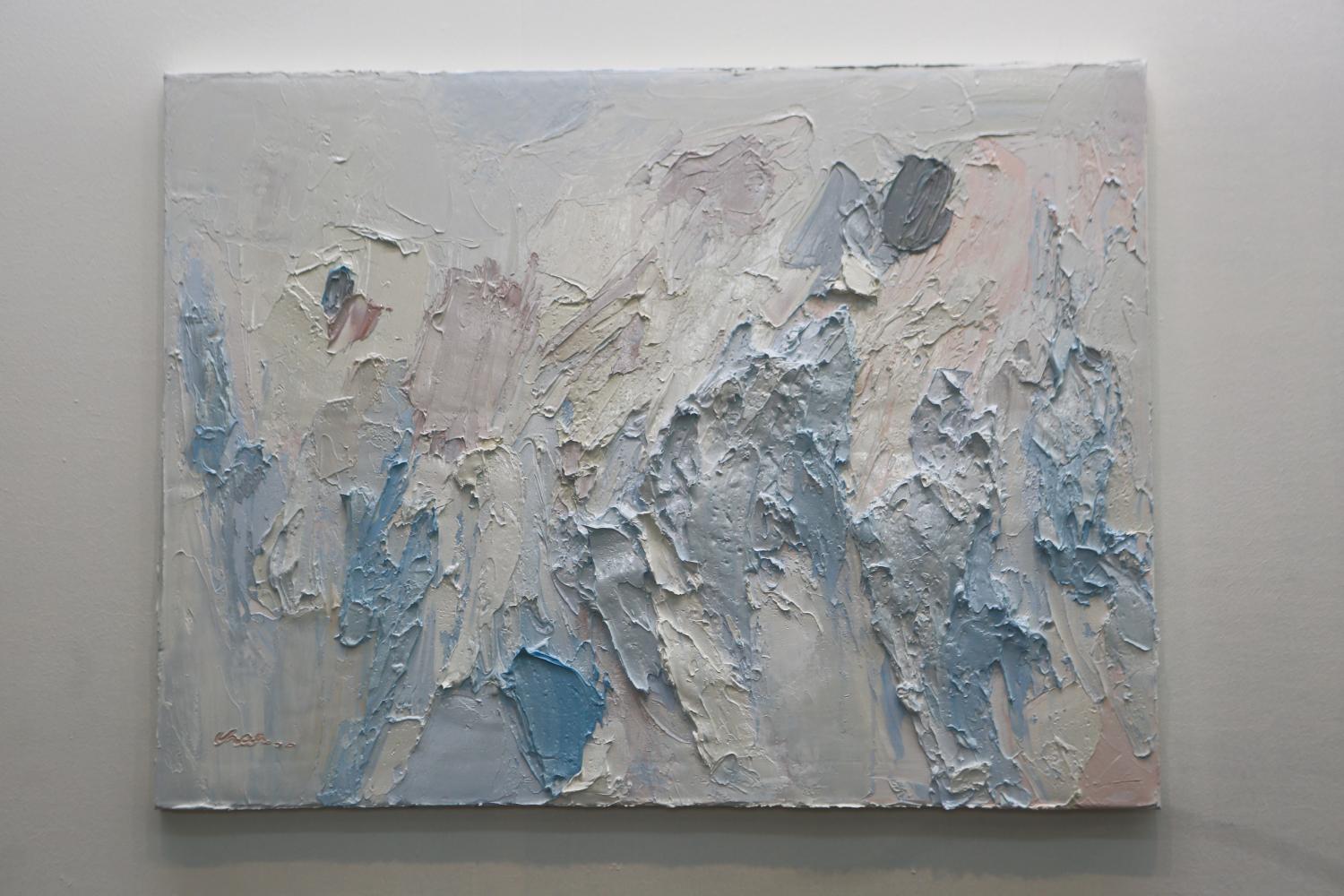 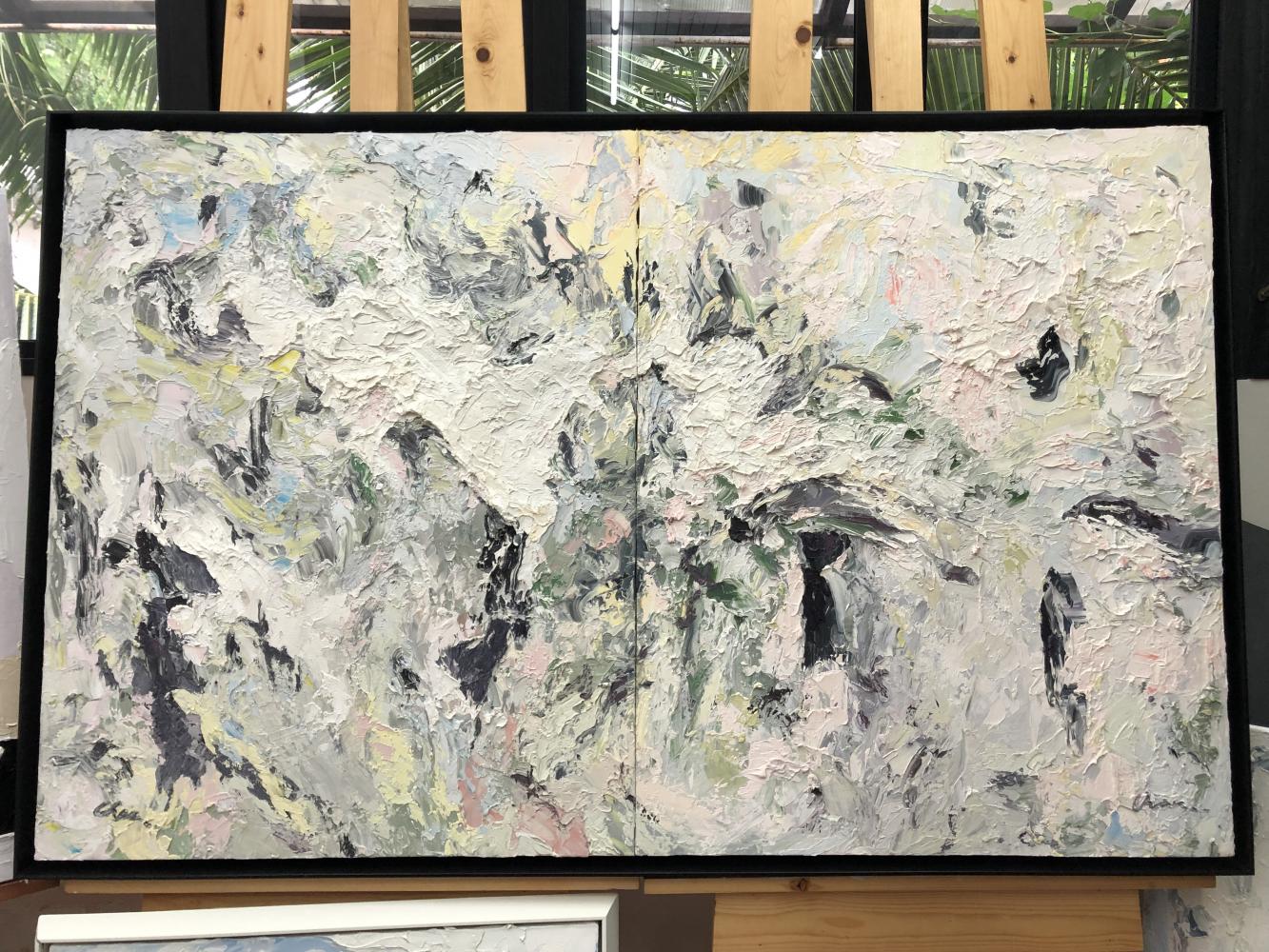 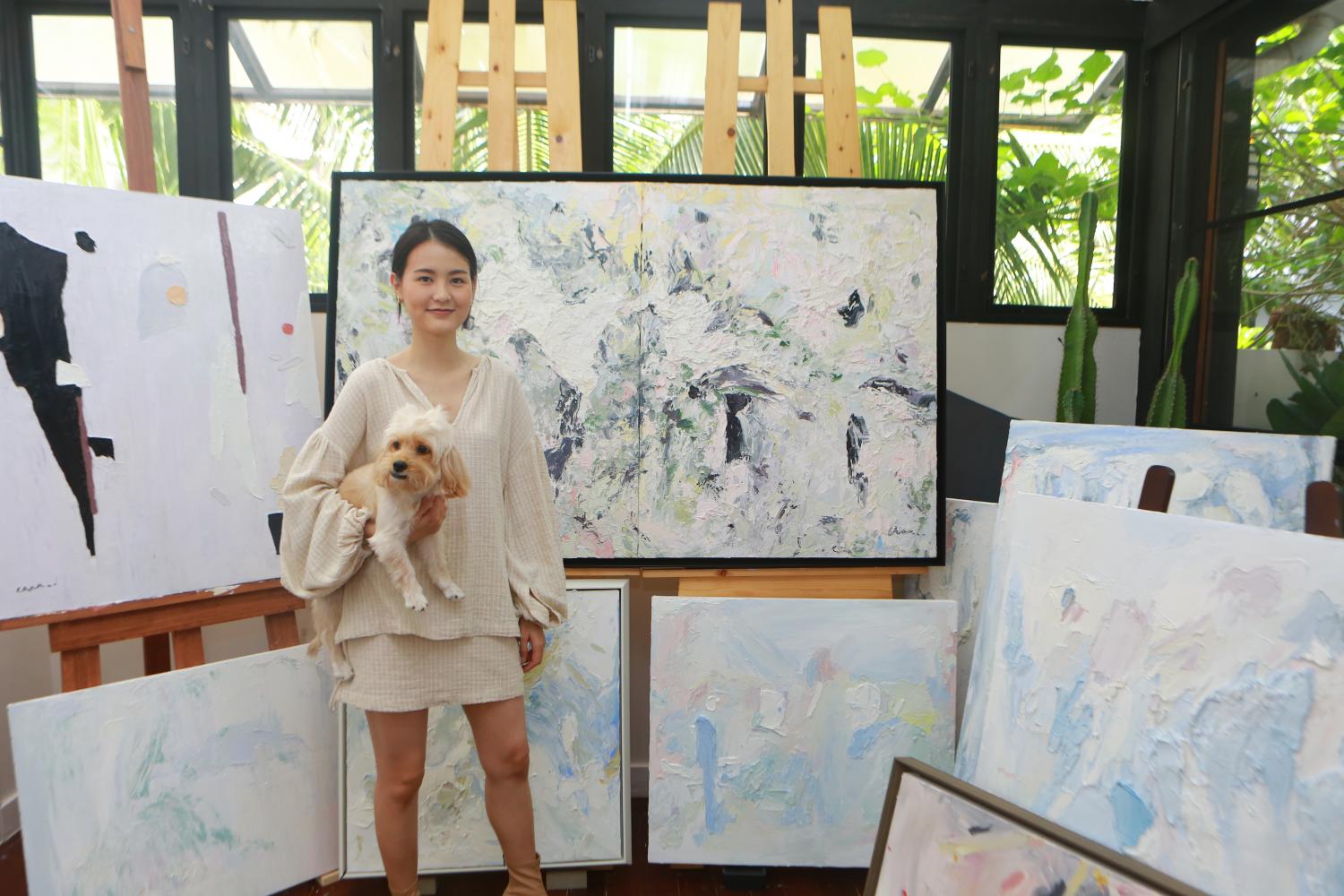 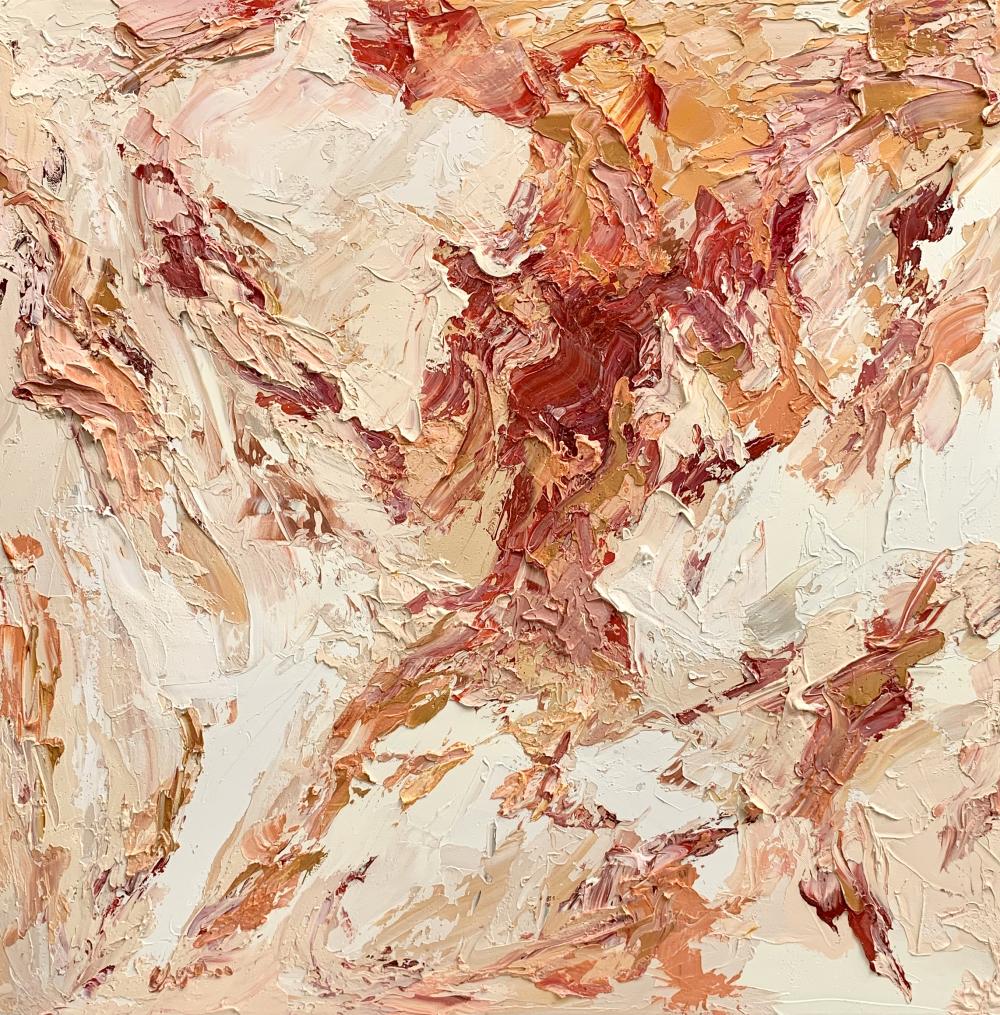 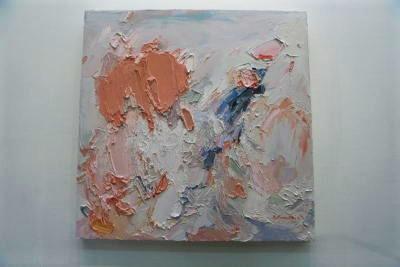 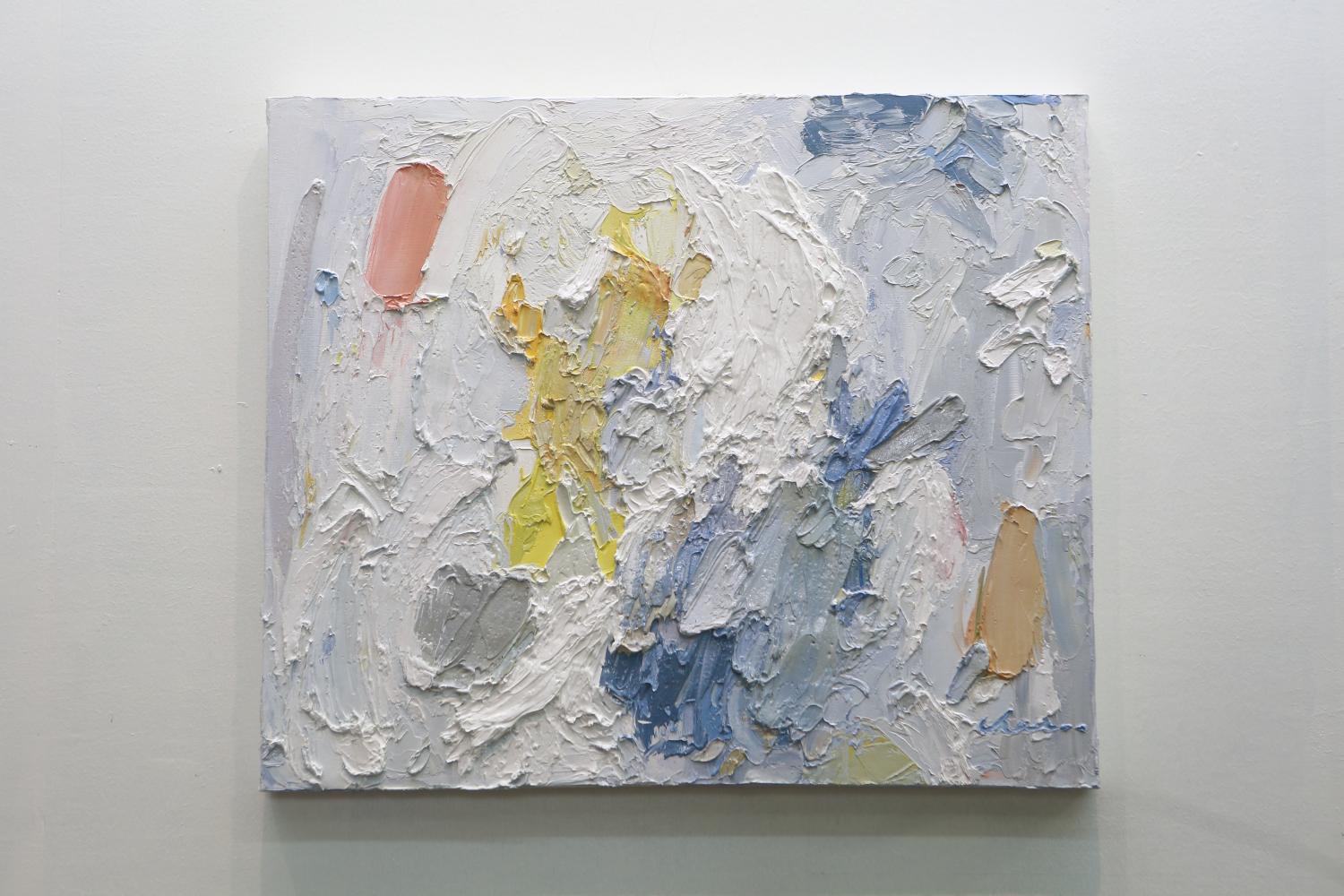 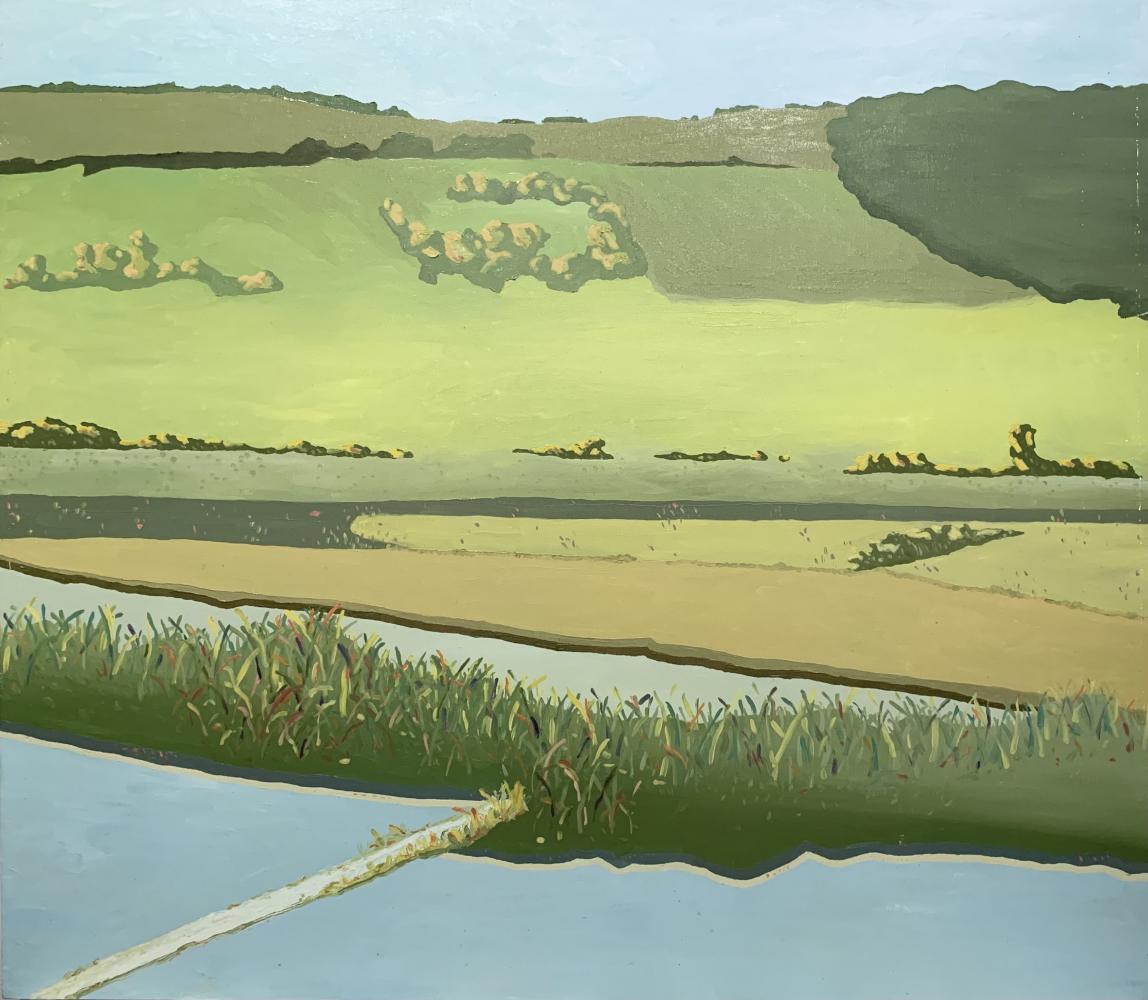 England No.1 from Natural Journal collection 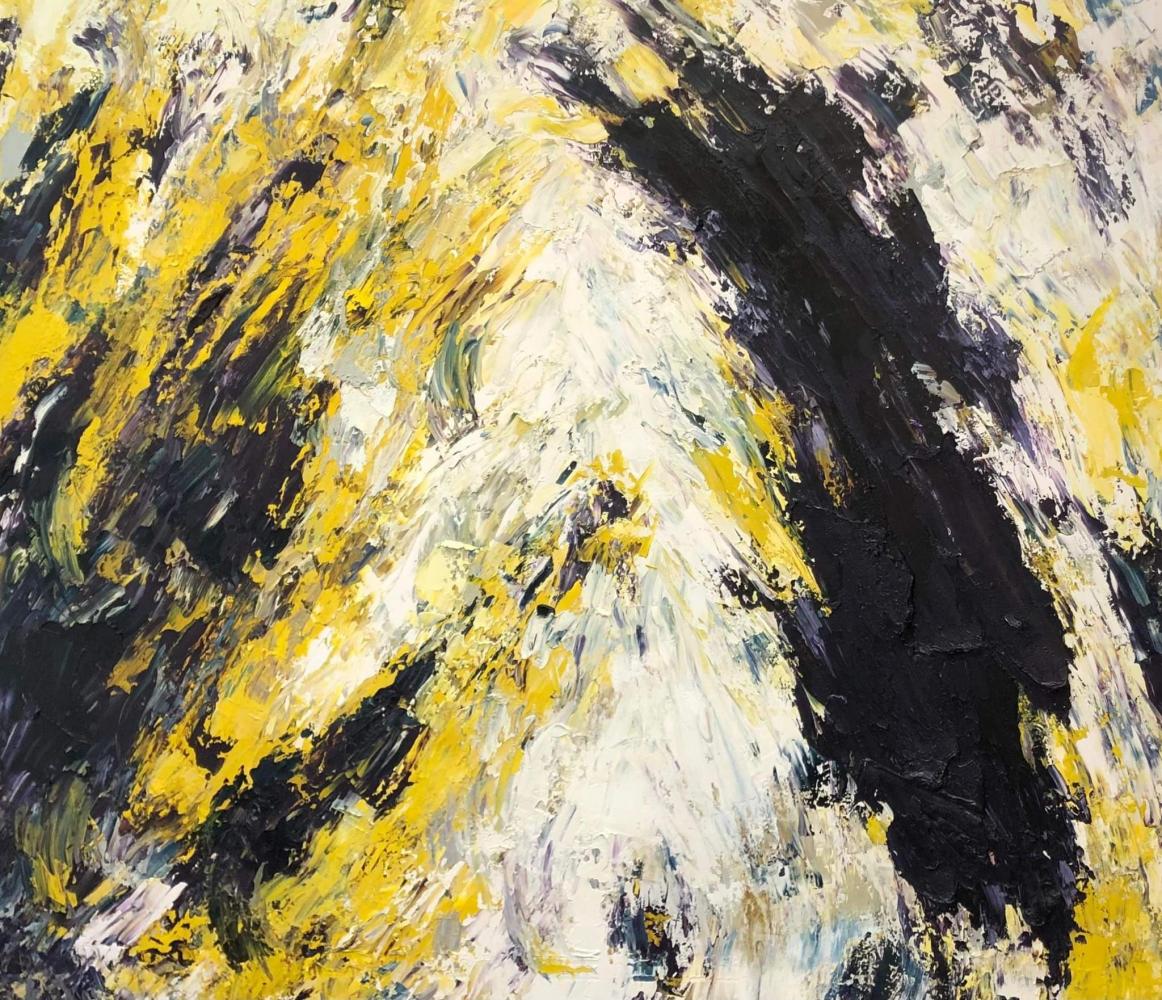 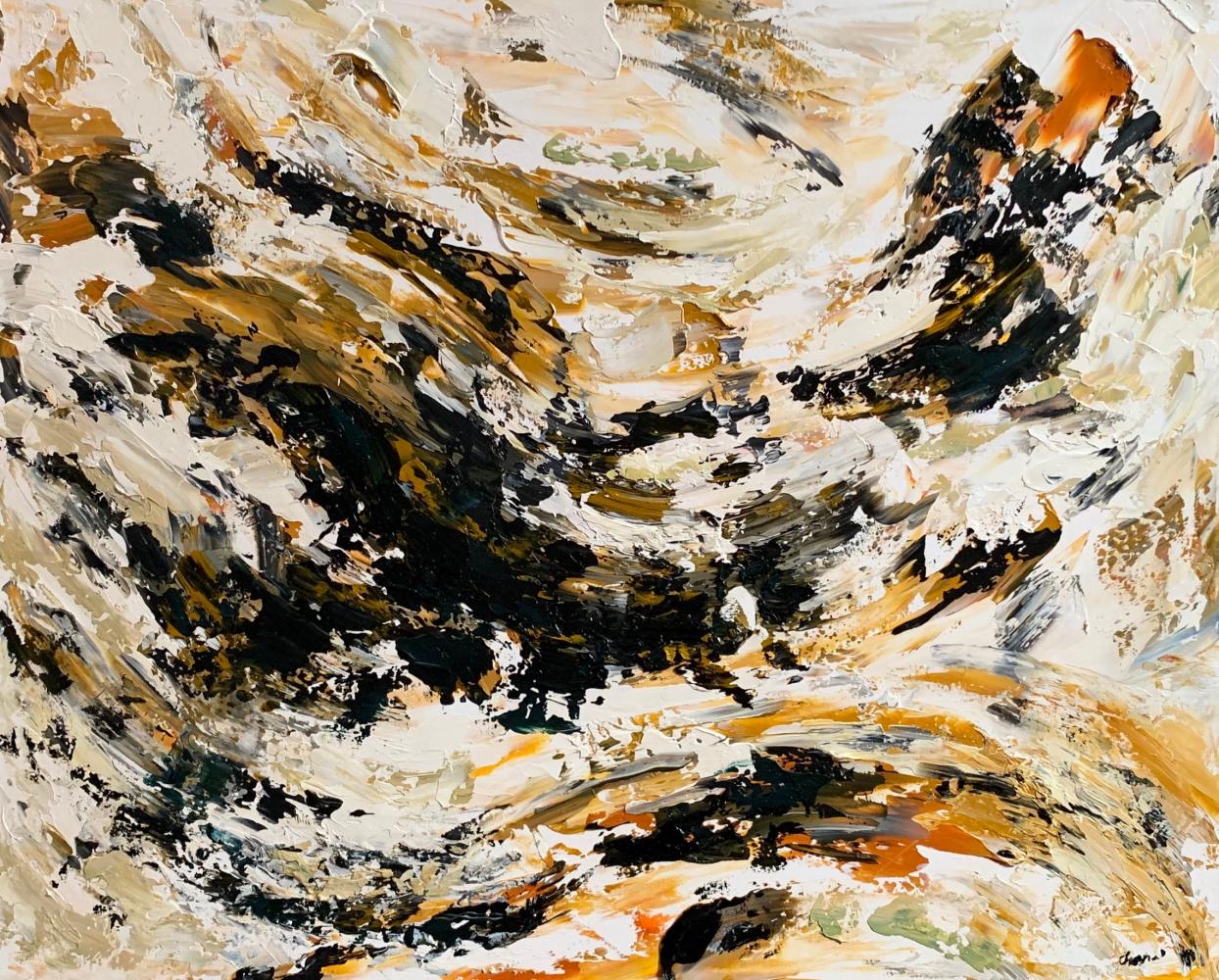 Northern Ireland No. 30 from Special Collection. 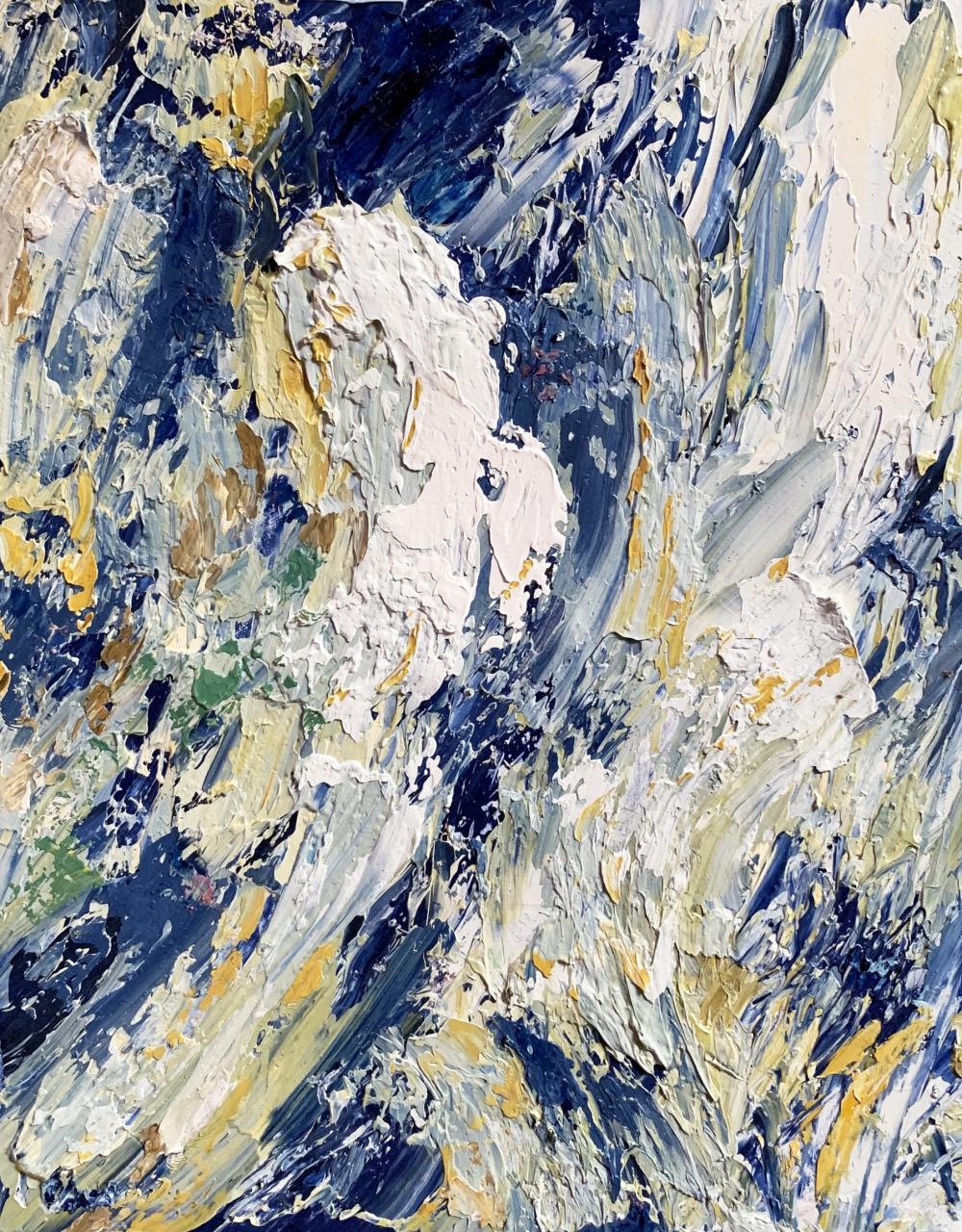 Northern Ireland No. 29 from Special Collection