Architect of his own artistry
Life
Arts & Entertainment

Architect of his own artistry

Bill Bensley explores his artist side in his latest exhibition

Multi–hyphenate Bill Bensley is known as an architect, landscapist and interior designer. He has officially added fine arts to his repertoire when he discovered a passion for painting, resulting in his latest exhibition "Love-Camp-Explore-Dreams", on display at River City Bangkok (rivercitybangkok.com) until Feb 28. It consists of 150 pieces created over the last three years. His "outsider art" exudes a fauvist style, bursting with bold colours, delightful forms and humorous undercurrents through mixed mediums and techniques from watercolours to collage. 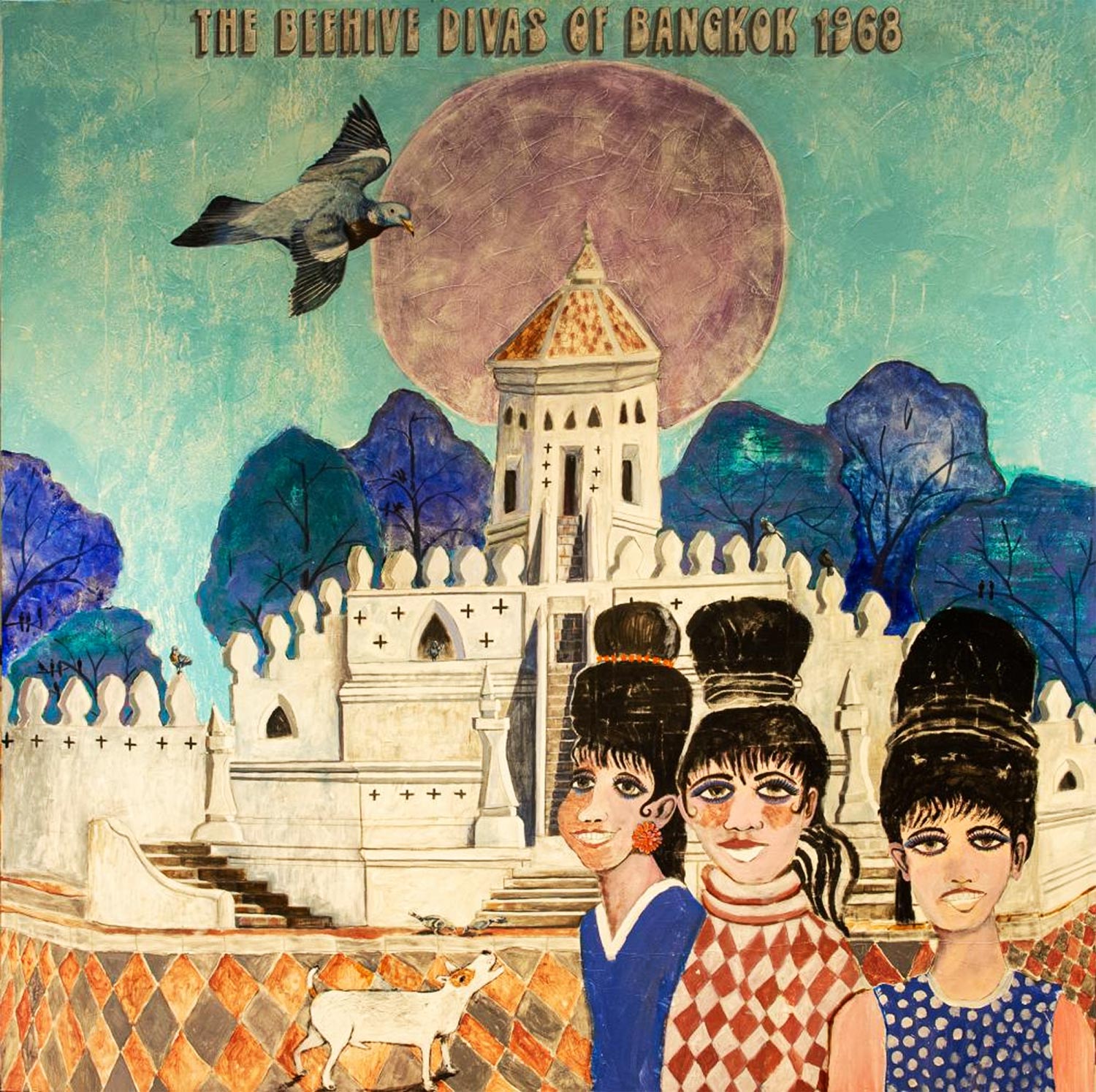 No.65 The Beehive Divas of Bangkok.

Before becoming an architect and interior designer, Bensley was a landscape architect and developed a strong bond with Mother Earth. Six years ago he bought a piece of land in the Cardamom Mountains rainforests in Cambodia, to save it from poaching and logging, and began working with the Wildlife Alliance, which patrols the forest and prosecutes illegal poachers and loggers. Their hard work is funded by Shinta Mani Wild, a unique luxury camp at the heart of the Cardamom forest. The luxury camp was built with the intention to teach guests the luxury of nature in an adventurous way, which Bensley described as "almost uncomfortable". This is why all sales revenue from his artworks will be donated to the foundation. Guru speaks to Bensley about his influences, his art and the exhibition.

What is the message you are conveying through 'Love-Camp-Explore-Dreams'?

I think the main message is that the world's natural resources are disappearing very quickly and I want to actively reverse that in a very small way by having the proceeds of this exhibition go to the conservation of the Cardamom forest, which is being eaten, very, very rapidly, in Cambodia. It's the love of the natural environment. 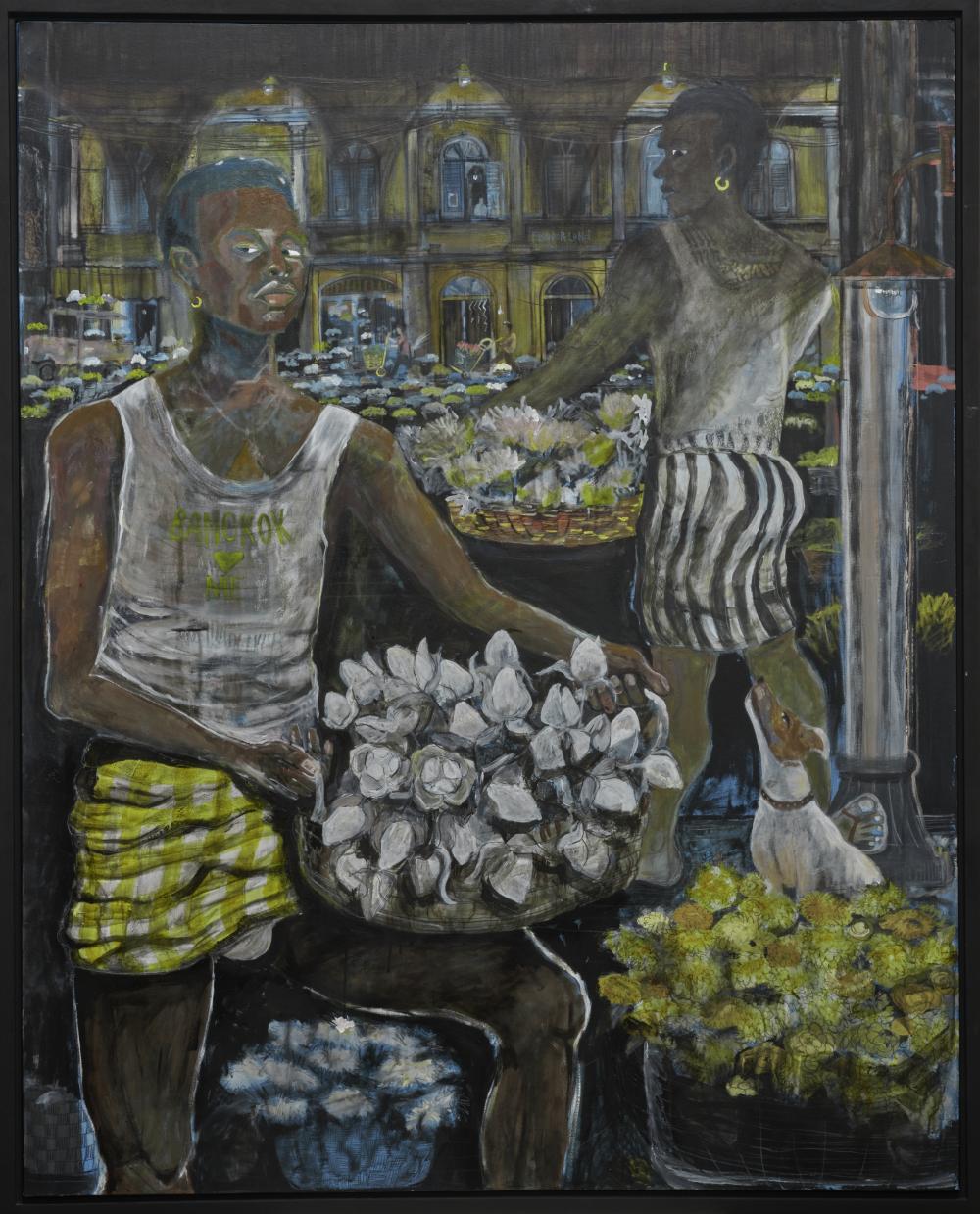 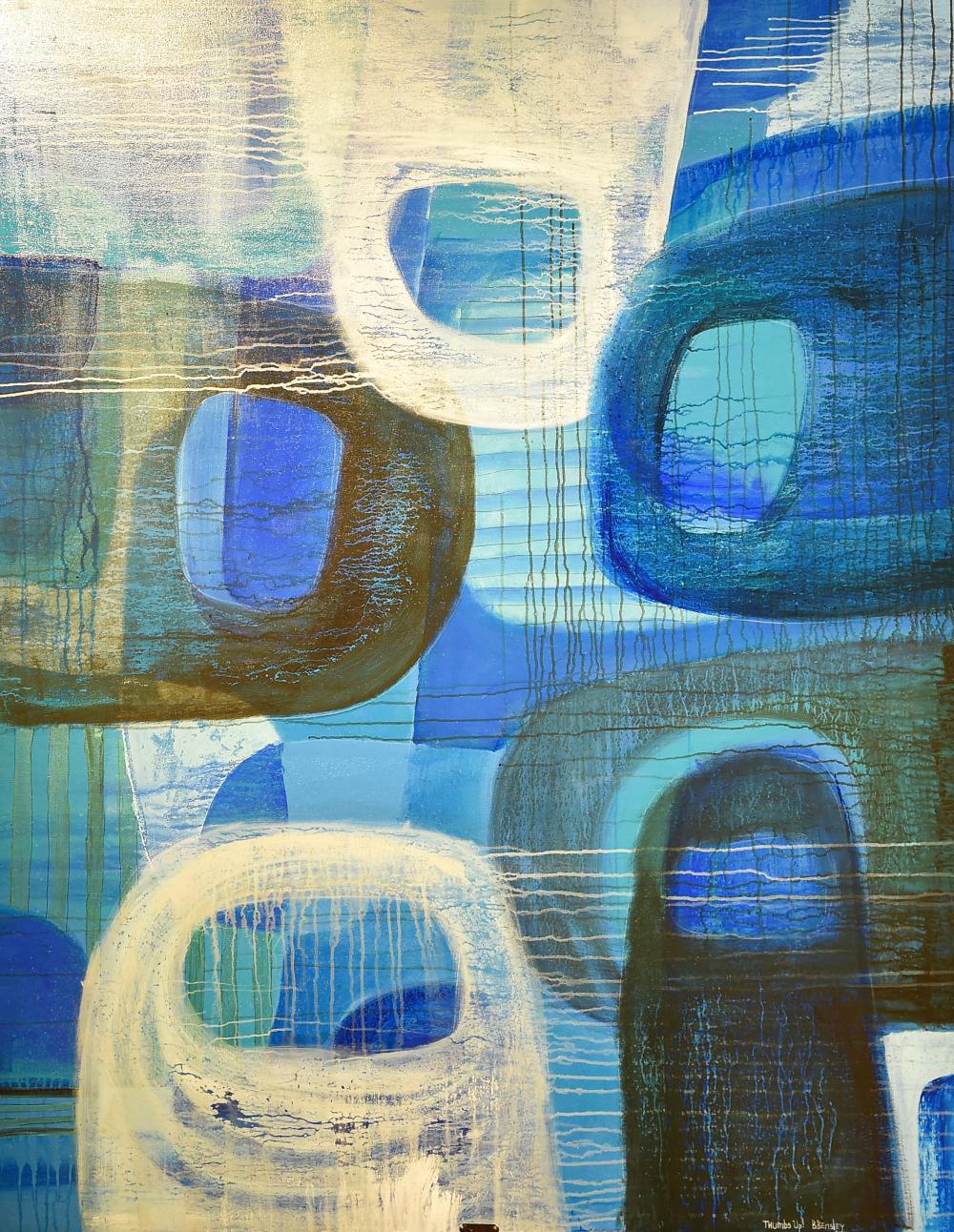 What do you mean by 'outsider art'?

Outsider art is somebody who is not trained in art at all. I never went to a fine arts school, I never took any lessons. I've just sort of picked it up myself, so I want to tell everybody that I'm self-taught so don't expect my art to be too refined, don't have big expectations. Because my art is something that comes from the heart and not necessarily from a book.

How has living in Thailand for more than 30 years influenced your art?

I've been living in Thailand since 1984, but remember that I only started to paint three years ago. As you can see the art has a lot of influence of the Thai people, so much that in my own company, there are three farangs and 128 Asians. I'm married and my husband [horticulturist Jirachai Renthong] is Thai. I've been married to him for 35 years. So I live and breathe Thai culture.

How would you define each of the four chapters: Love, Camp, Explore, Dreams?

'Love', I would explain, is how I feel about the people of the world. There are the blackest people and I've also painted the whitest people because I believe that the only thing that can be separated by colour is your dirty laundry. I feel this very strongly. I hate racism and I love Thai people because, for the most part, they're blind to racism, we don't have that problem here. Thai people are very loving of all colours of people, that's why I did that one of Pak Klong Talad.

'Camp', well, that's obvious, right? because many of my friends are gay and lesbian and so forth, and being gay, I can poke fun at myself, I can poke fun at the gay people, it's allowed. I can say that this guy is too gay and have a lot of fun with it, too. And again, Thai people are very tolerant of the LGBT community. 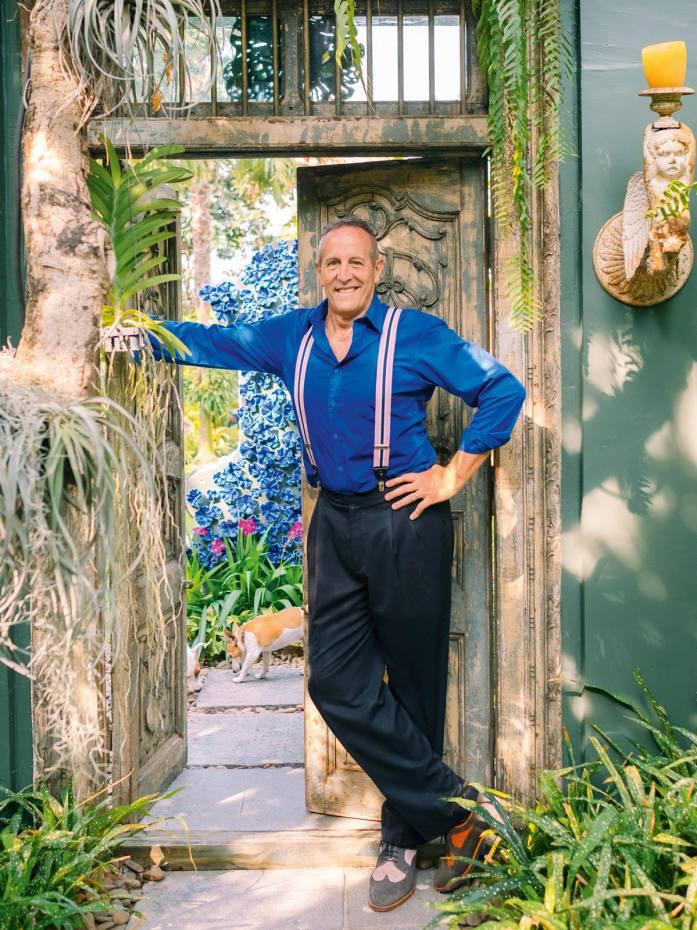 'Explore' is all about the places that I go to and the stories that I listen to while I'm there. So I find that I talk to people in-depth and I really like to take that experience of that interaction and try to put that on a painting, as opposed to just making a pretty picture of somebody that is pretty. So I want to capture that experience while I'm travelling.

And 'Dreams': as an architect, I design hotels, the most important thing is not learning how to build things, it's learning about how to dream freely. How you dream about new ideas that are going to take your craft to the next level, you have to be able to dream. So all the pieces in here are physical manifestations of dreaming.

As an artist who wasn't formally trained, what advice do you have for non-traditional aspiring artists?

I paint for myself and I don't really give a s*** what anyone else thinks. I think that's pretty important and to express yourself and express the small idiosyncrasies within yourself, the small things that you really love and let that come out in your art.

Can you compare your experience working on a hospitality project versus working on your own artwork?

As a hotel architect, it's very important that I always come up with new ideas because no one wants to hire you to get something like the last hotel that you just did. My motto is 'Lebih Gila Lebih Baik', which in Bahasa Indonesia means 'the crazier, the better' and that has been my motto for 40 years, so with all the 130 people that I work with it's all about pushing them to think creatively beyond what they did on the last project. That attitude takes me into art. That's why specifically, I don't want to do one style, that's why I'm doing a melange of things. I don't want people to say for my next show that 'I know what to expect, that going to be a Bill Bensley show so it's going to be colourful and gay'. As I'm an architect I don't want anyone to expect any particular thing from me.