Blossoming into our hearts

Despite being an artist, Chumpol Akkapantanon conceded that he hardly noticed the beauty of flowers -- until recently. And it's almost by chance that he adopted a new attitude towards flora.

"I never liked flowers before and never understood why people exchanged them. It's a kind of useless beauty," said the artist who is known as the founder of Artist House Bangkok on the bank of Klong Bang Luang. Ironically, Chumpol is a vase collector. 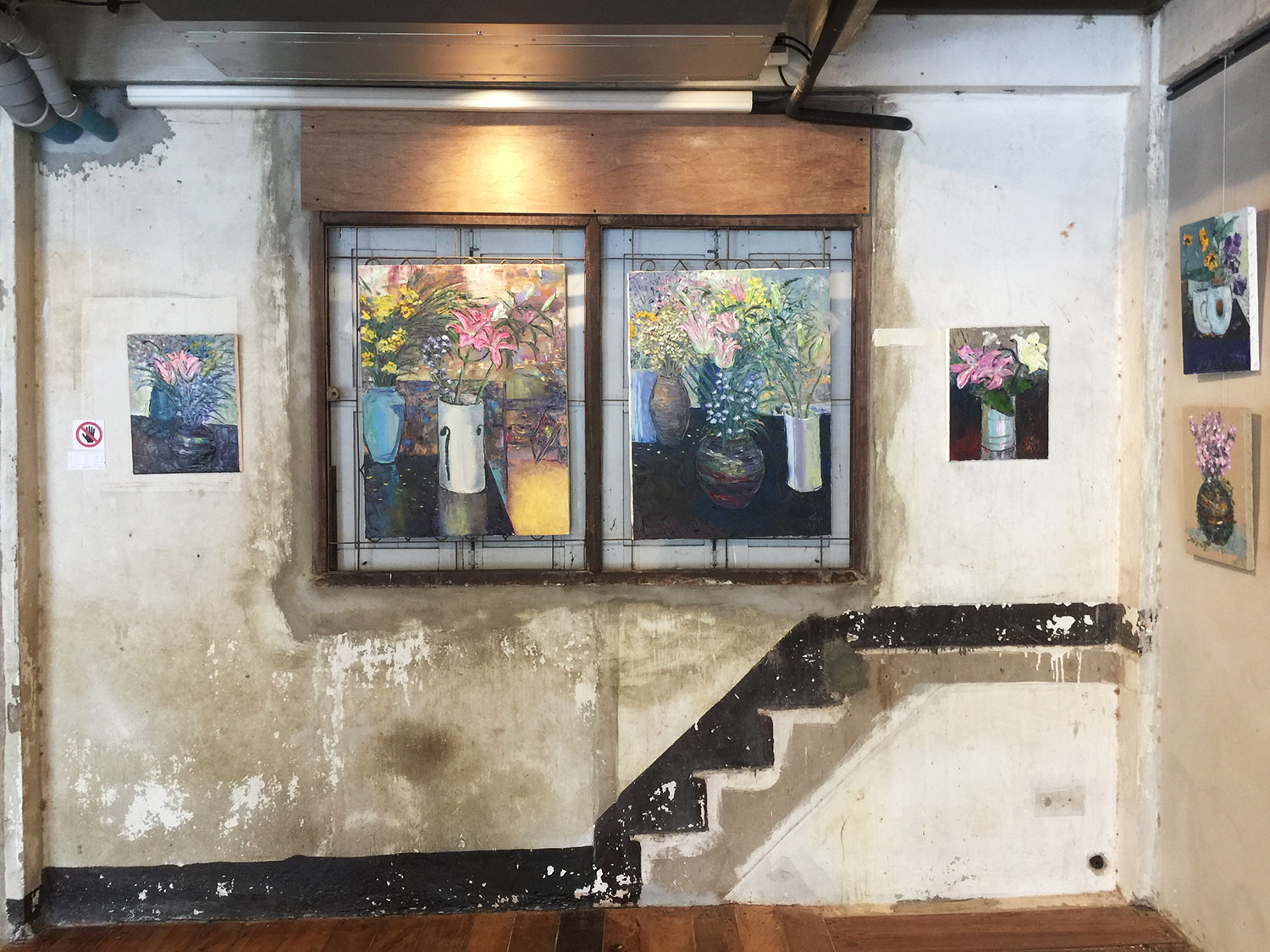 But today, flowers are the theme of his solo oil painting exhibition, being held at Galileo Oasis gallery in the Ratchathewi area. "Waad Dok Arai – Waad Dialogue" features variations of blossoms. It was a new challenge for Chumpol, who is better known as a portrait artist.

The chance to know and become fond of flowers came when he joined the Pak Klong Pop-up workshop as a volunteer at the Bangkok Art and Cultural Centre last month. The workshop, organised by Humans of Flower Market, featured flower arrangements, paintings and related activities like a vase sculpting course with the aim to bring Pak Klong Talad, Bangkok's first flower market in Phra Nakhon district, back to life after it was partially dismantled by City Hall. Governor Aswin Kwanmuang blamed the market for traffic congestion and ran a campaign to boot a number of traders from the area, without regard to history. Since then the flower market -- which is still operational -- has lost much of its life. 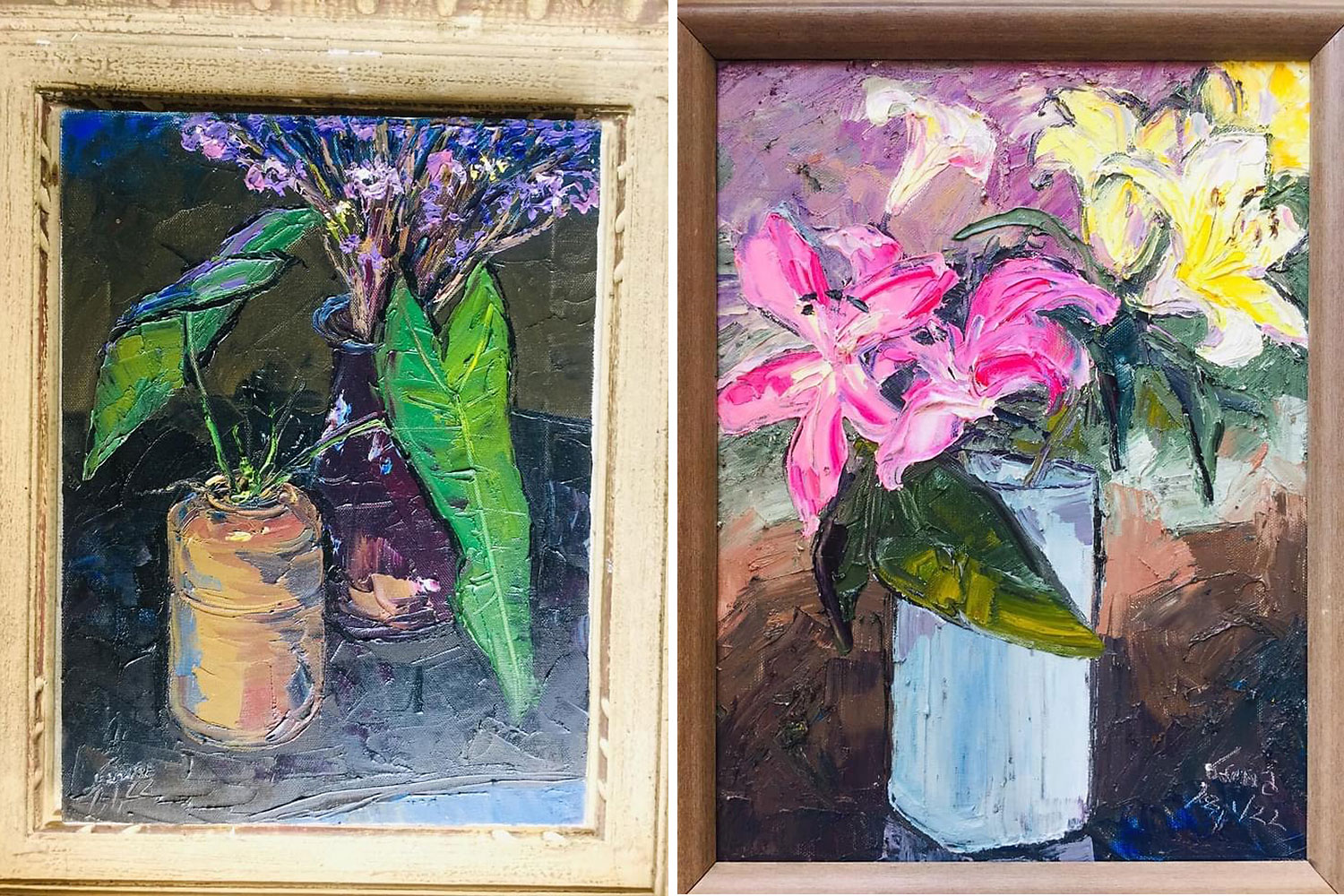 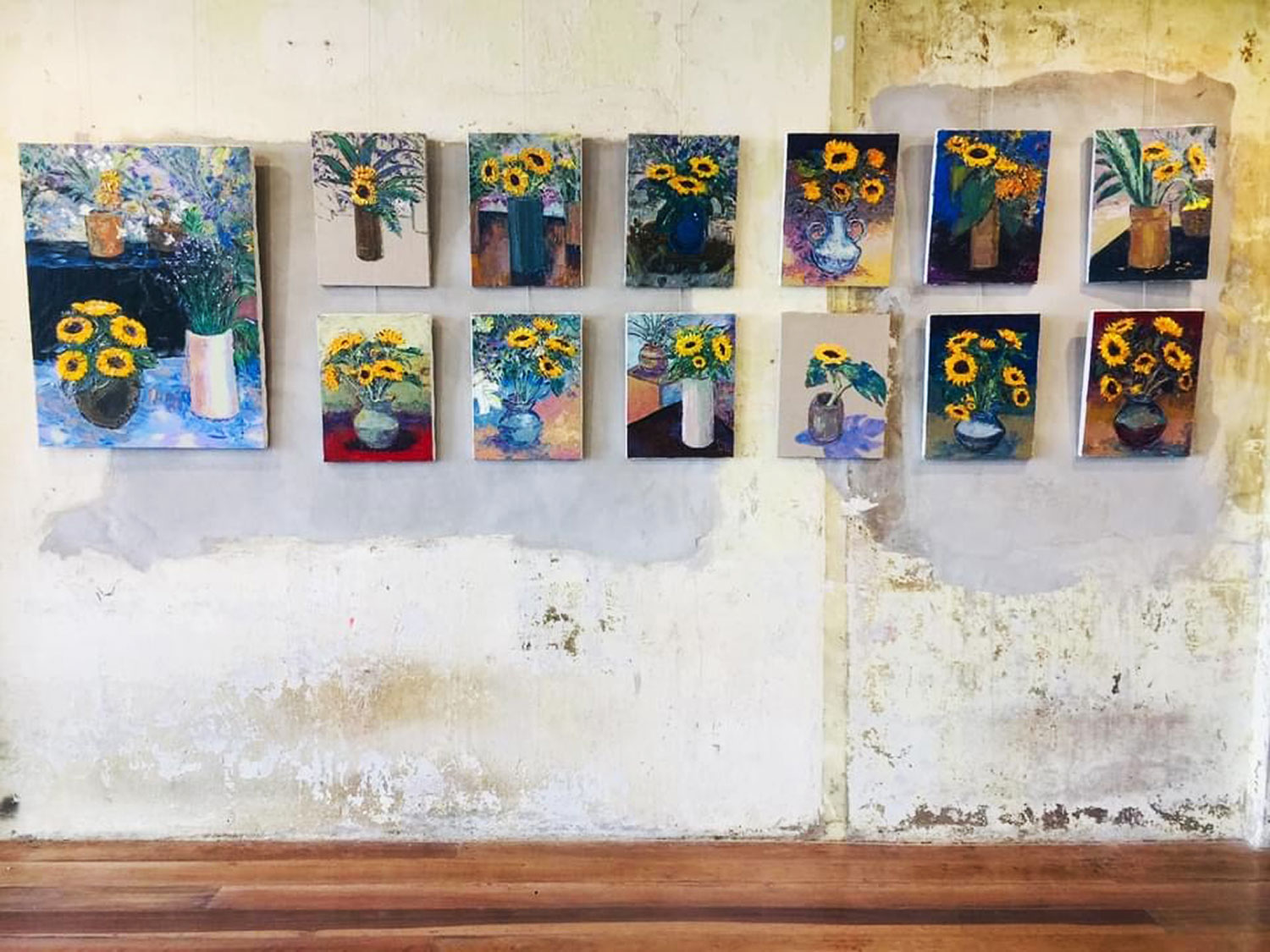 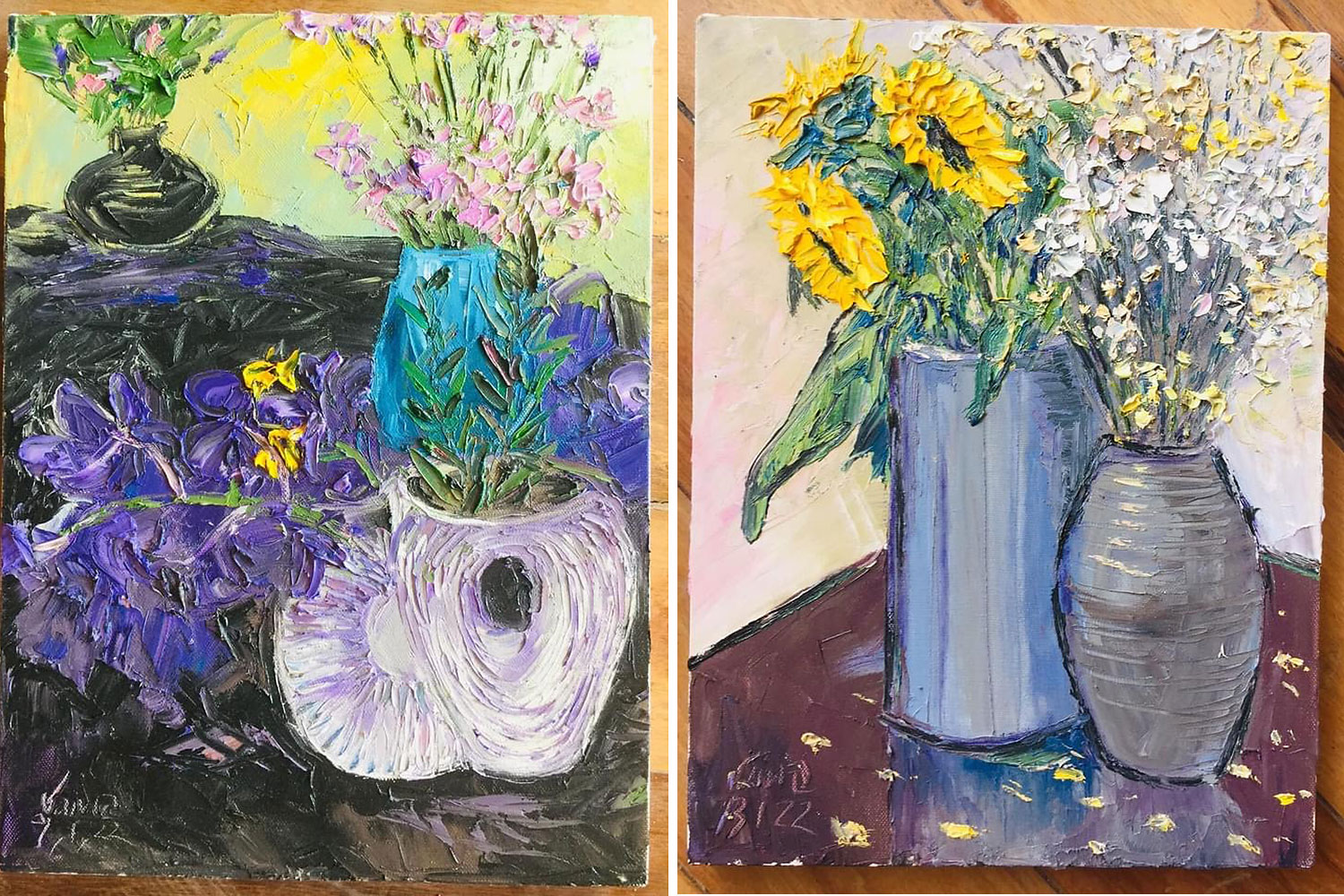 All the flowers in the workshop came from Pak Klong Talad market and after spending days looking at various types of blooms, Chumpol tried his hand at painting them. With the use of bright and strong colours with heavy strokes, the audience can see the influence of Dutch artist Vincent van Gogh in his works. Chumpol was particularly inspired by the Dutch painter's flowers, which are considered masterpieces. Included in Chumpol's collection are sunflowers, in his own interpretation.

It's also a coincidence that he was attracted to the post-impressionist painter after watching a documentary on his tragic life and works and being deeply touched by his suffering. Chumpol passionately went through van Gogh's sad letters to his brother Theo. That was the beginning of his dialogue with the flower project.

Dialogue is a wordplay as it is close to the Thai term dok arai, or what flower?

Chumpol said all kinds of flowers can be a painting, with each being beautiful in its own way. But overall, "flowers make people happy upon seeing or receiving them. They enliven people during hard times. Yet, flowers have limitations, with a short life span", noted the artist, adding: "Once put in a vase, they will soon be gone."

By painting them, the flowers can last -- in another form -- and their beauty can be appreciated longer. However, the painting must be done quickly before the flowers wilt and expire, he said. At the exhibition, visitors have the chance to get a glimpse of fresh flowers in almost every corner.

With a familiar van Gogh painting style, the audience can access his works easily. Chumpol said it's his belief that art must be accessible. He attaches high value to engaged art, with artists responding enthusiastically to social situations. With such thoughts, Chumpol put great effort into renovating a run-down wooden house and turned it into Artist House Bangkok more than a decade ago. The place is now a major art community.

The flower project is part of his dream to promote community theatre, pursued by famed writer/poet Rasamee Paoluangthong who is now running a poetry workshop as a parallel activity.

Her workshop is to be the exhibition's highlight, with a flower-themed talk and poetry reading by Rasamee and 10 workshop participants on Feb 13. Chumpol will also create a painting live which will be auctioned, with proceeds going to Rasamee's new community theatre project. The theatre is to be opened on the gallery's compound sometime this year.

Chumpol insisted that good art leads to social change and this is another effort by the artist to prove it.

"Waad Dok Arai – Waad Dialogue" is now on view at Galileo Oasis and runs until Feb 28. There will be a talk and poetry reading by Rasamee Paoluangthong and 10 poets on Feb 13 at 4pm. Visit Facebook: GalileOasis or email galileoasis.th@gmail.com.