Much like his second feature film Blissfully Yours in 2002, serene stillness is the first impression we get from Apichatpong Weerasethakul's Memoria (in local cinemas tomorrow). Everything remains silent for a long period of time, but suddenly there's a loud booming sound resounding in the head of Jessica, played by Tilda Swinton, a British expat living in Colombia. The noise is loud enough to wake her up from the bed of her hotel room, as she begins experiencing a mysterious sensory syndrome. It forces Jessica out to the city and through the jungle in search of the source of the sound. From that moment on, the sound plays a crucial role to the story in Memoria. While this strange sound is the main inspiration for the film, it is also what Apichatpong has been struggling with over the past few years.

"As some of you may know, the experience of the film is my own experience of having something called exploding head syndrome that is getting especially bad in the morning. And so I try to share this experience with the film in the process," said the 51-year-old director about his noise-related medical condition during a recent exclusive roundtable interview where he appeared alongside British actress Tilda Swinton just before the Thailand premiere of Memoria at CentralWorld.

"I worked really closely with recording mixer Richard [Hocks], Raúl [Locatelli], and the sound editor Javier [Umpierrez] and these people from different continents that come together and created this simulation of experience that may not exactly bang in my head but it is quite close. It is also tied back to this space, you know, it's like the cinema becomes your head and we're together living like cells in that when experiencing this vibration together."

Despite being their first movie together, Memoria is actually a 17 year-long project between Apichatpong and his leading star Tilda Swinton, who first discussed possibilities for the film in 2004. It was the year when Apichatpong's Tropical Malady became the first Thai feature to play in a Cannes competition where Swinton was one of the judges. 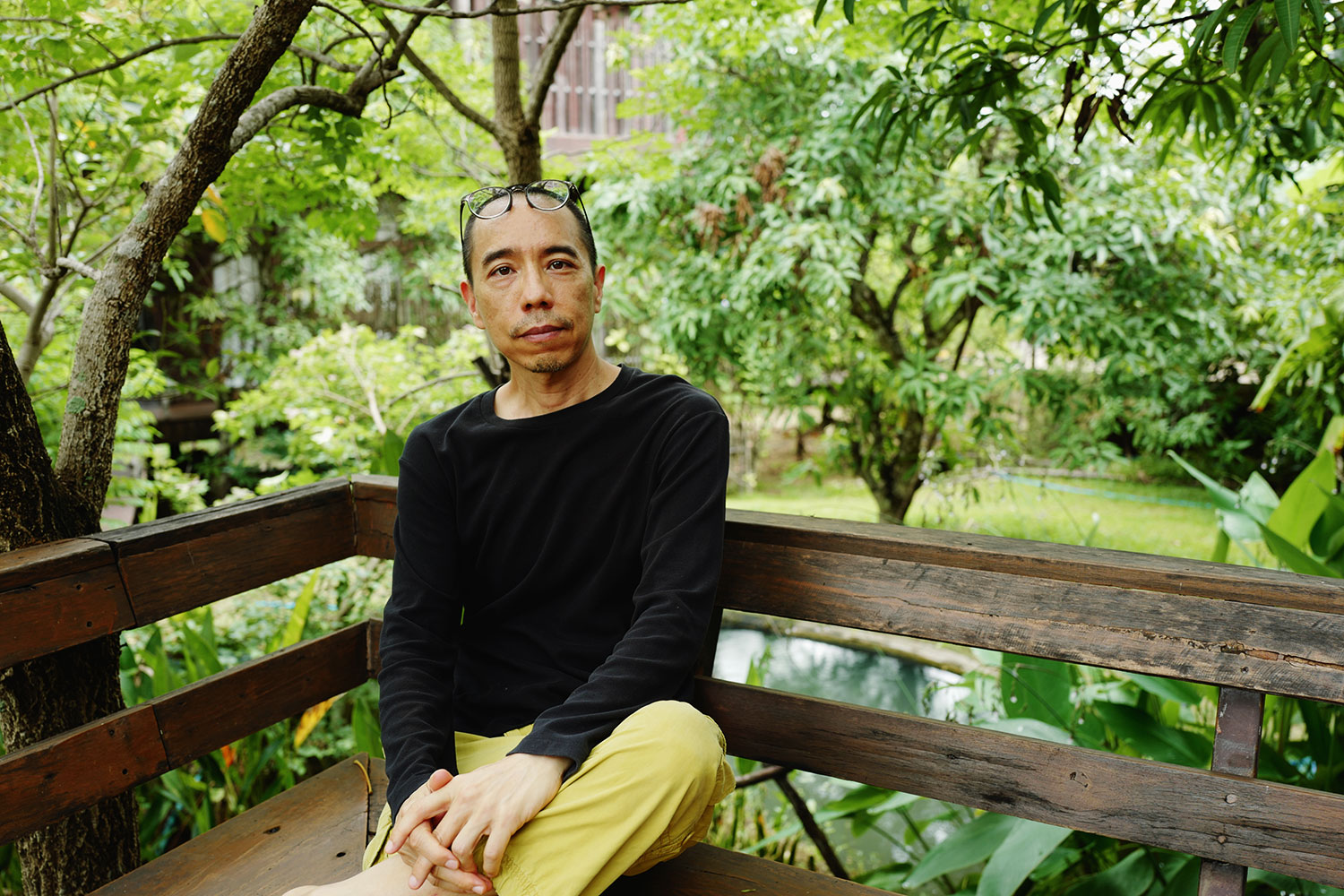 "When we first met in 2004, Apichatpong and I, we became friends with this curiosity and with this ongoing conversation. We share a bond of love of what I call big cinema and more than that a love of a kind of search for a kind of meaning, which keeps us very close. And I feel confident that this ongoing conversation will nourish us," said Swinton. "So to have talked about making a film together for something like 17 years, and then to make it and to be able to present it and for it to feel as close to what we first set out to explore is a huge blessing."

The Oscar-winning actress has long been a favourite of both mainstream and art house crowds, and often takes on challenging roles in both indie fare and box office hits. Her willingness to push herself outside the comfort zone in many offbeat projects has led to collaborations with many amazing filmmakers with unique visions like Jim Jarmusch, Wes Anderson, the Coen Brothers and Bong Joon-ho. Swinton believes that working on a film like Memoria with Apichatpong was a great opportunity to work with a friend creating quality film and be challenged as an actress.

"Well, I have the great blessing to have learned very early. The first friends I worked with were with Derek Jarman, in the second half of the 80s and the early 90s in England, and this was my drug and it continues to be my drive to work with friends with whom I have sympathy, and a conversation that makes me curious," explained Swinton. "When working with Apichatpong in Memoria, it's not only to work with him, but also to work in the rhythm and the atmosphere of his brain and the frame that he creates with silence. It's a little bit like being in a swimming pool. A very beautiful lake. You know, you dive into the frame, and there's a sort of tranquility there for me. This is something that I'm very particularly interested in, the sense of being rather than presenting, as there's nothing really performative in the journey that you see Jessica take in this film. And that's a very happy and peaceful place for me to be because I am very idle and I like to go slow."

Memoria is Apichatpong's first English (and Spanish) language movie and the first to be shot outside his home country. It was filmed during an eight-week shoot back in 2019 and there's a split between the mountain village of Pijao and the Colombian capital Bogota where the filmmaker was struck by the country's natural beauty, juxtaposed with its dark past. The idea for Memoria was quick to take root.

"I visited Colombia the first time in 2017 to attend a festival there, and then I had a chance to travel around. And the moment I landed in Bogota, this massive mountain and the heavy clouds, it really got me. It looks quite similar to Chiang Mai, my hometown, but 10 times bigger," said Apichatpong. "And there, I felt some communication going on between the inhabitants and nature, because you always have to be prepared whenever you leave the house, you bring an umbrella, a jacket… because the weather is always changing and really unpredictable. So that the idea of nature kind of influenced you, or becoming part of nature is a big inspiration for this film." 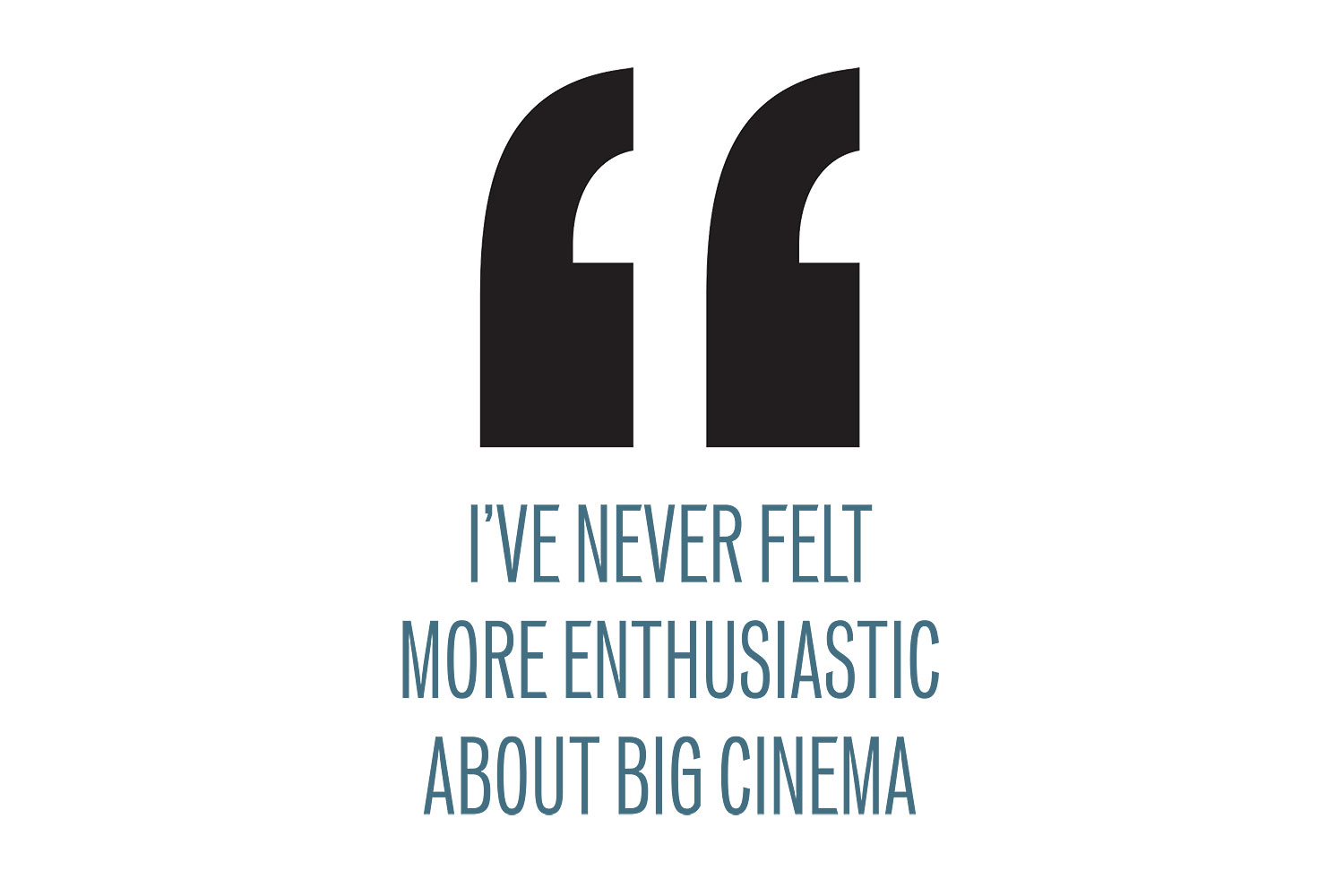 Both Apichatpong and Swinton said that they are delighted to finally bring Memoria to Thailand, and that they were not worried about the future of cinema despite there being many changes in the world, whether it's because of the pandemic or the arrival of streaming services that have seen a major change in the behaviour of the way people watch movies.

"I think it's actually healthy, because you have so many productions going on. I feel like moving images in whatever form are the same, and it's okay to just live with it. And in the streaming services there are so many choices out there and while many of them are junk, they allow you to understand the variations. So I would say yes to that, and to everything that is going to come out of moving image evolution. But the cinema experience will stay," said Apichatpong.

"I've never felt more enthusiastic about big cinema. I think that one of the things that we all noticed during the days of the pandemic was how everybody, not just people who are really invested in cinema, but pretty much everybody was used to going to big cinema once a year," Swinton pointed out.

"The three things that we all miss during the pandemic: our friends and family, live music and the cinema. And everybody had as much streaming as they could handle as they still do. But this thirst for big cinema and this real appreciation for the nourishment of it only grows more and more and I have no fears around any kind of competition. We will never not want it to be in a beautiful space like this with a massive screen and a great sound system and all sit together in the dark. That's never going away."