The way I see it...
Life
Arts & Entertainment

Ahead of the Academy Awards on Monday, our film critic shares his thoughts on the big runners.

At least the Oscars are giving us a semblance of "excitement" when it gets a little harder this year to predict the Best Picture winner. Down the homestretch, it's Jane Campion's The Power Of The Dog leading the pack, probably by the muzzle, with Sian Heder's CODA breathing down its hairy neck and Kenneth Branagh's Belfast, at one point the frontrunner and now toe-to-toe with CODA, gasping for one last push.

When the awards season started brewing up in December, observers thought it could be a rematch 29 years in the making between Steven Spielberg and Campion. In 1993, Campion's The Piano and Spielberg's Schindler's List were running for Best Picture, with Spielberg's concentration camp drama edging the New Zealander's film out in the end. This time, it's not to be. West Side Story fizzled out pretty quickly at the box office as well as among critics and guild voters. So now it's down to either Dog, CODA or Belfast. 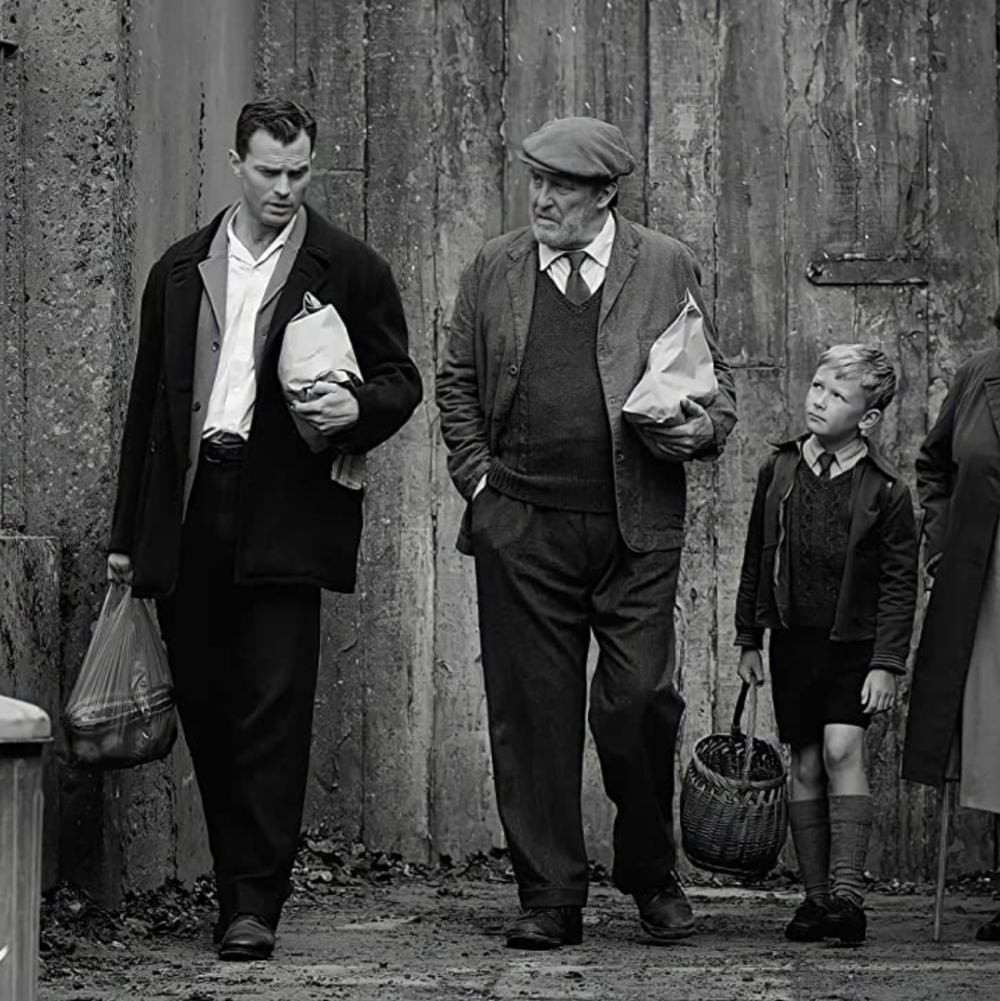 Because this is the Oscars, the surrounding narratives are always as indicative as the quality of the films. Critics are rooting for The Power Of The Dog, a majestic deconstruction of the cowboy myth, since the win would be an industry-crowning moment for an "art house" director hailed as one of the most visionary in her generation. Jane Campion becoming the second woman director in history to win Best Picture (and the first truly worthy one) is also a ready-made headline. Then there's the Netflix angle. Should the film win, it will be the streaming giant's first Best Picture win and one that officially enshrines it in the studio pantheon. 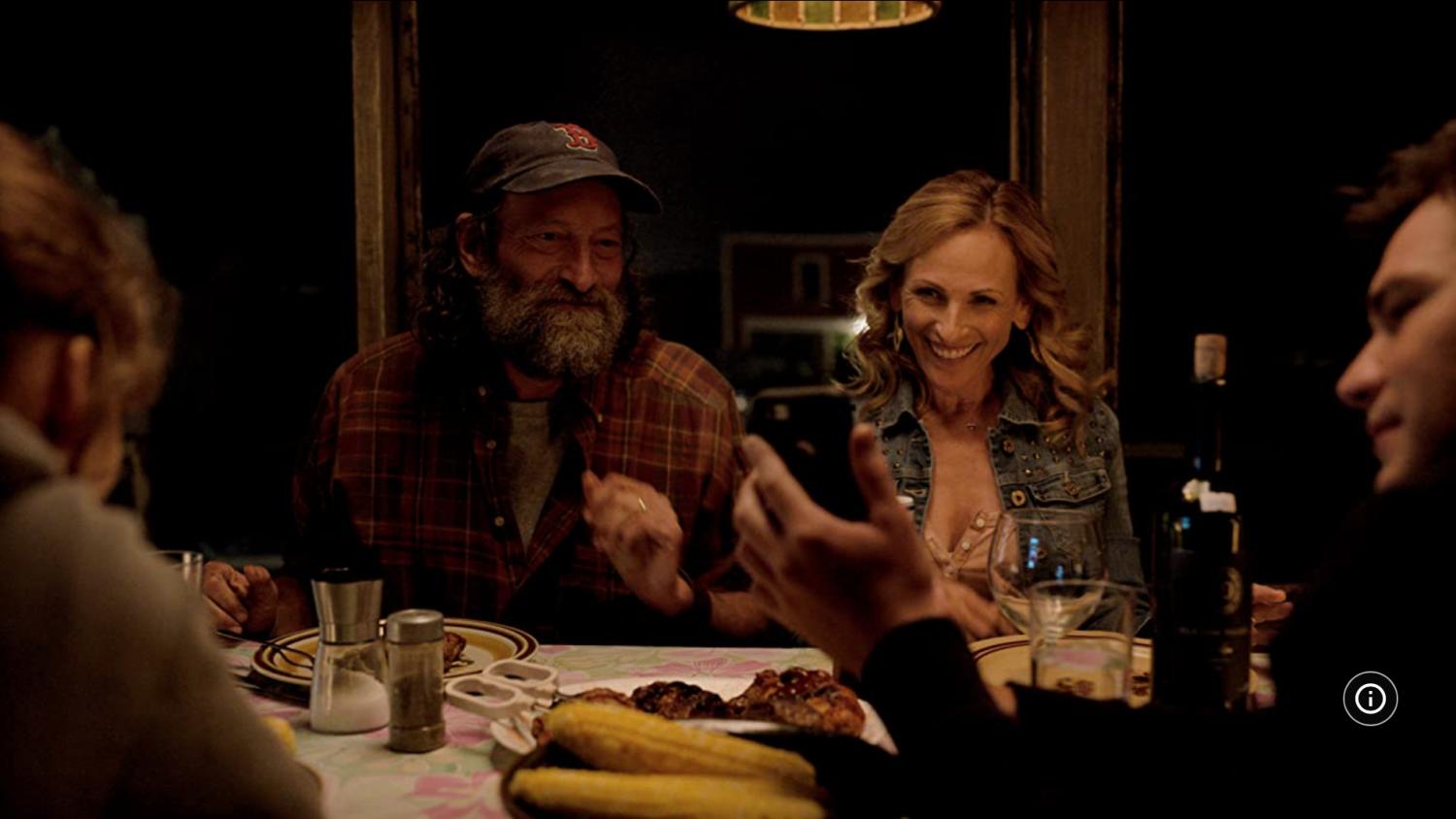 But CODA and Belfast aren't to be written off. They're warm-hearted stories -- the first a drama about a deaf-mute family and the second a childhood memory powered by pain and nostalgia -- and Oscars voters are historically warmed towards uplifting tales of dogfight drama. It's interesting to note, however, that none of these three speculative winners are box-office hits (The Power Of The Dog doesn't even have a theatrical release in Thailand). The Oscars' struggle to become relevant and prestigious and open-minded and diverse and all-inclusive and profit-making -- everything all at once in the eyes of a global audience lured by the convenience of "content" rather than the magic of "cinema" -- will continue.

No upset for Drive My Car?

Drive My Car has been nominated for both Best International Feature and Best Picture, like Parasite before it in 2019. While Ryosuke Hamaguchi's Saab-driven drama is unlikely to pull off a coup like Bong Joon-ho's class satire did, it should have no problem topping the foreign title category. In the past three months, Drive My Car, which was adapted from a Haruki Murakami short story, has won countless pre-Oscar awards (the Golden Globes, Bafta, National Society of Film Critics, etc) and sent the director on a whirlwind tour during which Hamaguchi himself seemed at once appreciative and slightly bemused. 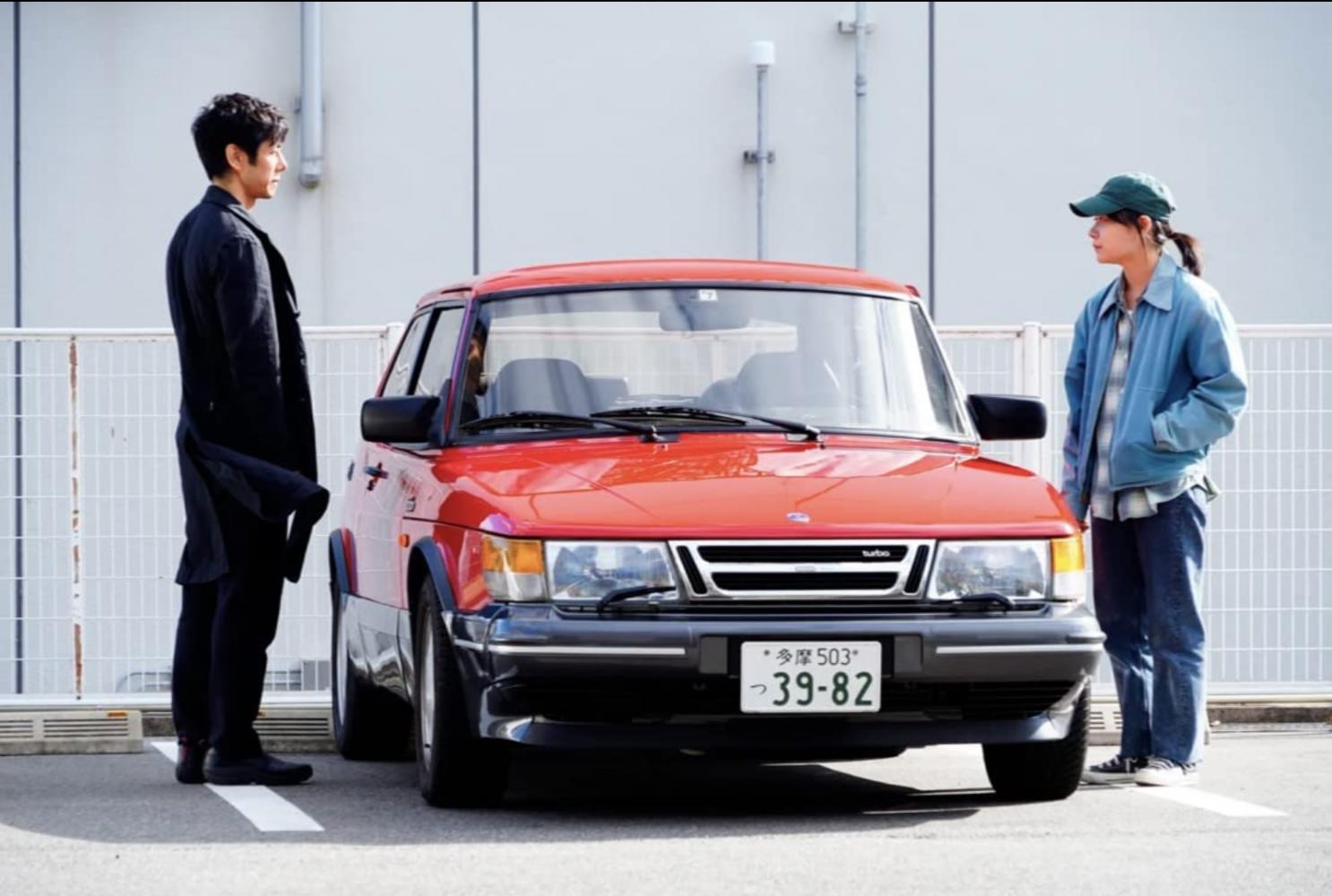 The last Japanese film to win an Oscar was Departures, a maudlin tale about a cellist in a small town who finds a new passion working as a mortician. Back then, Departure's win was a major upset -- out of the blue it surged past that year's strongest shoo-ins Waltz With Bashir, an Israeli animation, and The Class, a French classroom documentary and Palme d'Or winner.

On Monday, the two biggest contenders to Drive My Car are The Worst Person In The World, a Norwegian 30-something coming-of-age drama by Joachim Trier, and Flee, a searing, topical Swedish animation about an exiled life. What's great is that all the films mentioned here are showing in Thai theatres -- as well as the other Hamaguchi film Wheel Of Fortune And Fantasy -- and regardless of who eventually wins, these are titles that are sure to enrich your cinema-going experience.

The Best Actor envelope is the easiest to see through. Will Smith will win his first Oscar for King Richard, in which he plays the father of Venus and Serena Williams. The Oscars just love actors who play real-life people with big personality, donning the clothes and mannerisms of the strong man and cutting him down to size. That's often the definition of and Oscar-y performance. Smith -- how we still remember him from The Fresh Prince Of Bel Air -- is an actor (and Instagram star) who deserves the honour, and as possibly only the fifth black actor to win the Best Actor prize, he's sure to relish every moment of it.

The Eyes Of Tammy Faye.

Now in just a month, the Best Actress race has gone from the most elusive and tightly-contested to one that threatens to kill off all surprises. Mid-February, Kristen Stewart, as Lady Diana in Spencer, was still the frontrunner. By this week, she has dropped to at least No.3 in the crystal ball of popular punditry, with Jessica Chastain from The Eyes Of Tammy Faye surging past her peers in the pack, with Nicole Kidman (Being The Ricardos) and Penelope Cruz (Parallel Mother) lurking on the bench. The Eyes Of Tammy Faye tells the true story of an eccentric and widely popular tele-evangelist -- and again (see above) the Oscars just love actors playing larger-than-life real people. If she wins, this will be Chastain's first Oscar, likewise for Stewart.

Troy Kotsur, playing a deaf father in CODA, will win Best Supporting Actor. He will be the second deaf actor, after Marlee Matlin in 1986, to win the Oscars' acting prize.

Over at the Best Supporting Actress sprint, it's a neck-to-neck between two favourites: Ariana DeBose from West Side Story and Kirsten Dunst from The Power Of The Dog. Bookmakers are betting for DeBose; again the headline would be catchy since DeBose will be the second actress to win for the role of Anita, following Rita Moreno's triumph in the original film (which also won Best Picture) in 1961. DeBose is striking as the impassioned Anita, with her hard-rhythmed moves that melt into melancholic reckoning at the tragic end of the story; meanwhile Dunst is sublime as the sad wife of a sad cowboy trapped in the inertia of their Western milieu. Two exceptional performances, no matter who'll take the little doll home on Monday. 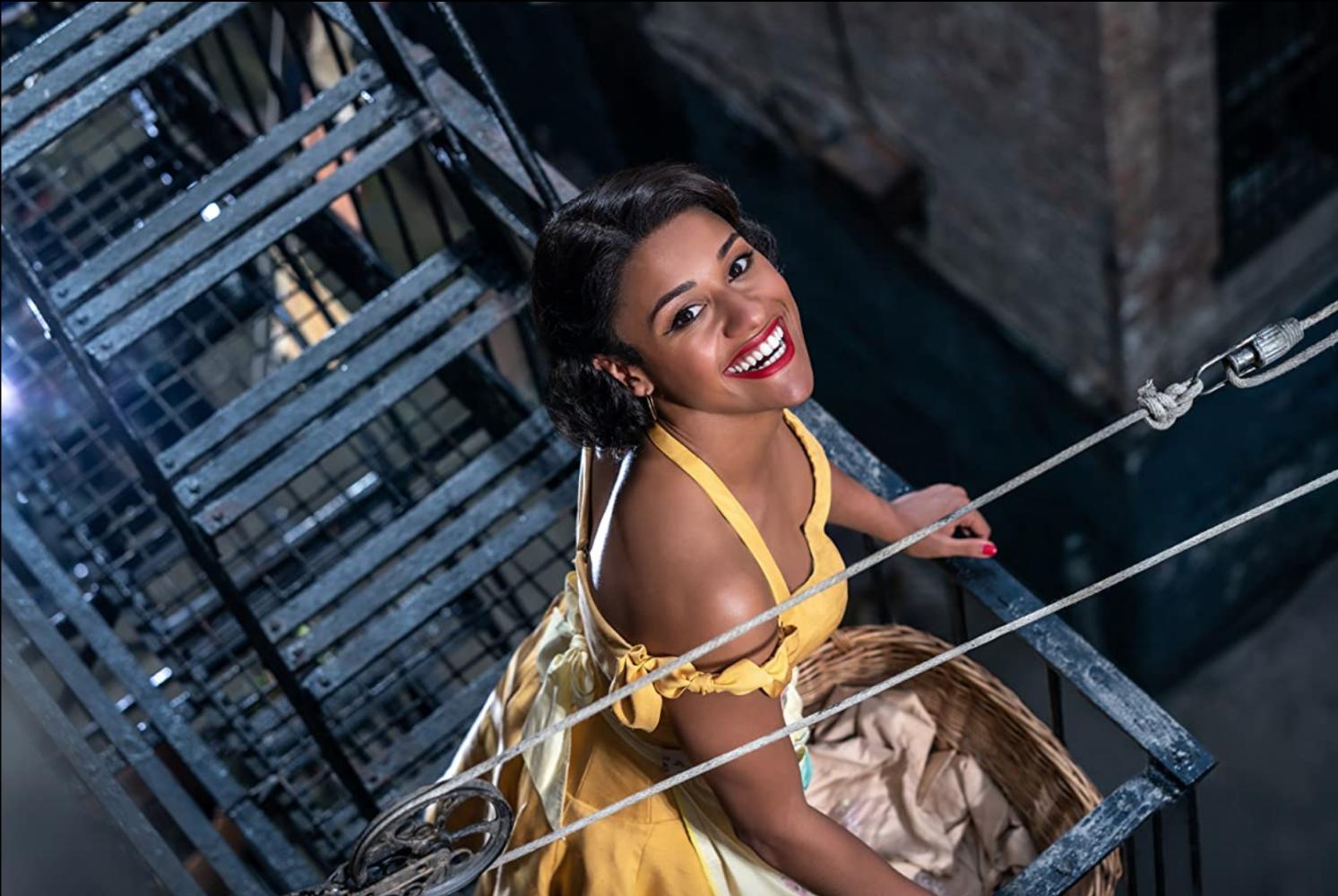 Ariana DeBose in West Side Story.

Right, will it be the vast, imposing, soul-baring landscape of Dune or The Power Of The Dog, or the elaborate, retrofitted world building of Nightmare Alley or West Side Story?

A scene from Dune.

Greig Fraser shot Dune (in Jordan and UAE) and created a terrifying, melancholic alien desert-scape punctuated by brutalist structures that reduce human characters to specks. The odds are stacked in his favour after the BAFTA win, and since then Dune is gaining momentum for a possible sweep in the technical categories.

But if the Oscar goes to Ari Wegner, the Australian who shot The Power Of The Dog, she'll make history by becoming the first woman cinematographer to win the prize. Wegner absolutely deserves it, for the film achieves its underlying mood of dread and uncertainty through her eyes and the way she contrasts the rapt, breathing outdoor landscape with the spectral mystery of the interior scenes. The tension we feel in the film doesn't just come from the acting; it's also from the way they are framed against their environment.

It's either of these two, with punters giving a slight edge to Dune. But let's see if the dog truly has the power to turn the odds around.