Latin soul with a Thai twist

Amaru Tribe, a Latin band based in Melbourne, Australia, released their second studio album, Between Two Worlds, on March 18. The band visited Thailand in 2019 for a mini-tour, which culminated in a full band concert at Studio Lam, for which they jammed with phin and khaen players from Toom Turn Molam Band.

The collaboration between Amaru Tribe and Thai musicians has continued with the inclusion of two tracks on the album, Parate and Dejame Volar, the latter of which features Isan's popular Junlaholaan Band.

World Beat spoke to bandleader and producer Oscar Jimenez who explained that the band's concept of cumbia Oceanica has been further developed on the new album. Cumbia, as Latin fans know, is home to some exciting local styles of music, including the hugely popular cumbia, catchy dance music.

"We have continued to develop the concept [in the new album] … there's a cumbia influence and influences from Australia and Thailand. We want to take people on a journey between two worlds," explained Jimenez.

He added that as a Colombian living for many years in Australia, he feels the need "to embrace both our roots and the place we are living in. We want to take people on a journey between two worlds".

Amaru Tribe has slimmed down from the seven-piece ensemble that toured Thailand to a trio of Jimenez, Katherine Gailer (both from Colombia) and percussion expert Cristian Saavedra (Chile). The band also added accordion whizz Javier Rodriguez from local cumbian band The New Monos to add some vallenato sounds to the mix. Jimenez said that the band has moved more towards a blend of cumbia with electronica, which the band calls cumbia Oceanica. He noted that it is similar in approach to that of folktronica in South America by bands such as novalima from Peru. What makes Amaru Tribe's music different is that their music contains club and dancefloor rhythms from the club scene in Australia.

The opening track on the new album sets the musical direction with its ambient, synth opening before didgeridoo and African riffs fill out the tracks which then morph into what Jimenez calls "a disco/house song".

The two Thai collaborations are Parate (Stand Up!) and Dejame Volar (Let Me Fly). The first features a riff from a Paradise Bangkok Molam International Band track, in which Jimenez tried to emulate a phin.

"I loved the riff, so we recorded it and gave it our spin," he said. The resulting riff has a bhangra-esque beat to it which really does drive this song. 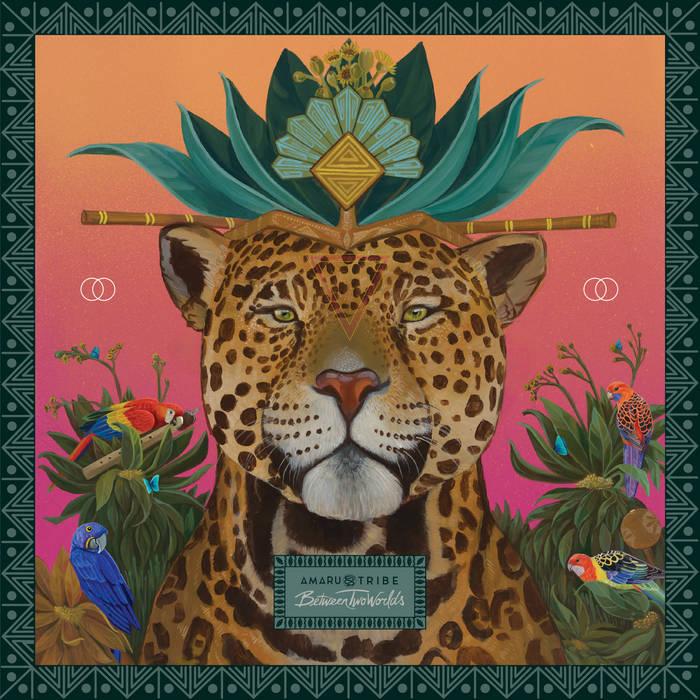 Dejame Volar features the ethereal voice of Sudjitra Gamemee of the Junlaholaan Band who sings in Thai. The harmonies between her and Katharine Gailer, who sings in English and Spanish, are strikingly beautiful and very catchy (I found myself humming the song all day after I first heard it). Jimenez said that the band really enjoys collaborating with musicians from different cultures, especially Thailand.

"Thai musicians have such a distinctive sound," he said.

But the song that the album revolves around is a 100-year-old traditional Colombian song, Candela Viva (The Fire Has Ignited) made famous by one of Colombia's most revered folk musicians, the late Toto La Momposina. The song, written by Heriberto Pretel, tells the story of a huge fire that destroyed the small town of Chimichagua. In the face of disaster, it is a song of hope.

"It's a folk song to let go of the pain, let go of the fire and renew, start again," said Jimenez. He added that the song spoke to the band because of the frustrations and fears of lockdown (Melbourne had the longest in the world of any major city).

Jimenez had played the chant from the song at live shows and noted that audiences would join in singing Candela Viva, so they began to develop the song, adding layers to it. Jimenez said that the song shows the evolution of the band's sound to a folktronica style like Peru's novalima but with the addition of the rootsy double-headed tambora drum and local influences.

The album has already made waves with Bandcamp featuring the album as a standout new release. Hopefully, Amaru Tribe will be able to visit Thailand again to perform some of the new songs from the album. More information at Amarutribe.com.