Capturing the anarchy in the Sex Pistols
Life
Arts & Entertainment

Capturing the anarchy in the Sex Pistols

LONDON: “Are we doing any spitting?” asked a man in the crowd at the 100 Club, a small, red-walled underground space, redolent of spilled beer, cigarette smoke and a thousand lost nights, just off London’s Oxford Street.

Yes, there would be spitting. The club was the setting for an early Sex Pistols gig, which this past June was being re-created for “Pistol,” a six-part series about the British band, directed by Danny Boyle and streaming on Hulu in the United States and Disney+ in other territories, starting May 31.

The Sex Pistols were the “philosophers and the dress code” of the punk revolution, said Boyle, who seemed to be everywhere on set, talking to the extras about crowd behaviour, checking cameras and peering intently at monitors as the actors performed the song “Bodies” and the audience went wild.

“I tried to make the series in a way that was chaotic and true to the Pistols’ manifesto,” Boyle said in a recent interview. That meant taking an experimental approach to filming: “We would just run whole scenes, whole performances, without knowing if we had captured the ‘right’ shot or not. It’s everything you’ve been taught not to do.”

Thomas Brodie-Sangster, who plays Malcolm McLaren, the band’s manager, with virtuosic panache, said Boyle’s approach was unlike anything he had previously experienced on a set. “You felt, this could go wrong, but you could trust in Danny and dive in and experiment — very Sex Pistols!”

The result is a charged, visceral, cubist portrait of the flamboyant rise and explosive fall of the Sex Pistols, whose brief existence from 1975-78 made punk rock a worldwide phenomenon and whose anarchic songs (“God Save the Queen,” “Pretty Vacant”) became anthems for the disaffected.

The series, written by Craig Pearce, is based on the memoir “Tales of a Lonely Boy” by Steve Jones, the band’s guitarist. But Boyle said that although Jones’ story was “a wonderful way in,” he and Pearce had tried to paint a composite picture of the entire group, and the ’70s world from which it emerged. (The band originally comprised Jones, singer John Lydon, known as Johnny Rotten, drummer Paul Cook, and Glen Matlock on bass, replaced in 1977 by Sid Vicious.)

The first episode opens with a montage of archival footage: The queen waving politely to the crowd; a scene from the slapstick “Carry On” movies; David Bowie performing; striking workers and garbage piled in the streets. When we meet Jones (Toby Wallace), he is busy stealing sound equipment from a Bowie gig. (The singer’s lipstick is still on the microphone.)

Jones and his bandmates are angry, bored and “trying to scrape enough together for another pint,” he tells them as they discuss what their group should wear.

“It’s hard to overestimate how class-ridden and moribund British society was for these guys,” said Pearce, who met Jones, Cook and other figures close to the band before writing most of the script in his native Australia during the first months of the pandemic.

“The promise of the Swinging Sixties didn’t deliver; rock ’n’ roll freedom didn’t happen for most kids,” Pearce said. “There was a feeling that if you were born into a certain class, you couldn’t escape. You had to accept what had been handed to you.”

Then, he said, came “this group of kids who said, you are sleepwalking through life.” 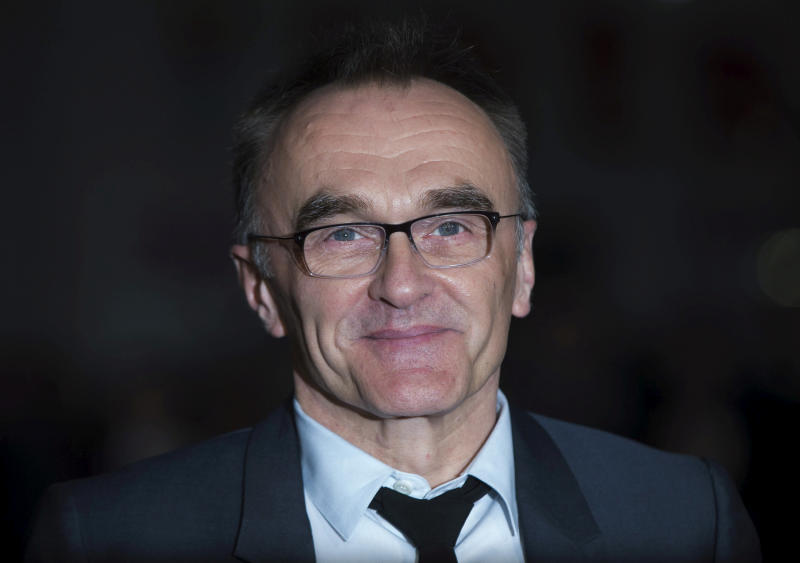 Boyle, he added, was always his “dream director” for the series. “We couldn’t believe it when he immediately said he wanted to do it.”

It turned out that Boyle could not quite believe it, either. “I am very music-driven, but I never imagined doing the Pistols,” he said. “I had followed John Lydon’s career closely, and the hostility he felt for the others wasn’t a secret.” But after reading Pearce’s script, Boyle immediately said yes.

“Which was ridiculous,” he said with a laugh, “since I didn’t even know if we would have the music, the most important thing.”

Lydon opposed the use of the Sex Pistols’ music and the series itself, but eventually lost his court case when a judge ruled that the terms of a band agreement gave Cook and Jones a majority vote. Boyle said he had attempted to contact Lydon during the dispute. He added that he hoped the series would “reveal the genius and the humility” in the frontman.

Boyle said that while he did extensive reading and research, talking to everyone he could find who had been involved with the band, he ultimately trusted his intuition in formulating an approach to the series.

“I grew up in a similar working-class environment to Steve and these guys,” he said. “We are exactly the same age, and I am a music obsessive. I had to explain to the actors what the 1970s were like; they just don’t recognise how little stimulation there was, how you waited all week for the lifeline of the New Musical Express to appear on a Thursday!”

Before filming began, the actors playing the band members spent two months in “band camp,” with a daily routine of music lessons, vocal coaching and movement practice. Sometimes Boyle would talk to them about the ’70s and show them footage. Then, led by Karl Hyde and Rick Smith from British electronic music group Underworld, they would spend hours playing together.

Boyle said he had mostly avoided casting trained musicians. “I didn’t want anyone locked into an expertise,” he said, adding that Jacob Slater, who plays Cook, was an excellent guitarist, but had to learn drumming.

He also decided not to do any post-production work on the music. “Like the Pistols, we just had to get up and, however imperfect we were, go for it,” said Sydney Chandler, who plays American singer Chrissie Hynde. Chandler’s character is one of several memorable women in the series, alongside designer Vivienne Westwood (Talulah Riley), Nancy Spungen (Emma Appleton) and punk icon Jordan (Maisie Williams).

When it came to the band members, “we didn’t want to be tributes or caricatures,” said Anson Boon, who plays Lydon and, like his character, had never sung before. “The Pistols produced a raw, angry wall of sound, and we wanted to capture that essence without trying to do an impression.”

Playing a character who is also a real person was intimidating but fascinating, said Wallace, who spent time with Jones before filming began. “We talked a lot about his family, then he gave me the first guitar lesson I really had.”

The series shows Jones’ unhappy childhood, which Wallace saw as central to Jones’ “anger and frustration,” he said, and led him to create “a band that represents the unrepresented.”

Working on the series, Boyle said, had made him aware of the Pistols’ importance beyond music. “They were a bunch of working-class guys who broke the order of things, more than the Beatles,” he said. “It was especially resonant in the UK, where the way you were expected to behave was so entrenched.”

“They gave a sense of purpose to purposelessness,” he said. 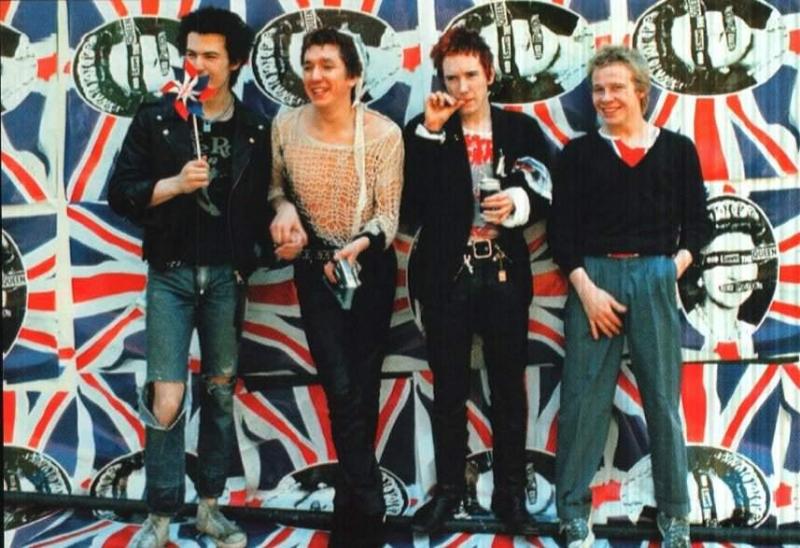