Every new generation produces a fresh young crop of brilliant violinists, but only a very select few of them possess all the requisite qualities to achieve true star status on the international circuit. Having already achieved superstar status in her home country, South Korean born Bomsori Kim is without a doubt destined to become one of these, bursting onto the scene and announcing her stall in 2017 with her debut Warner Classics recording of Wieniawski's Violin Concerto No.2 and Shostakovich's Violin Concerto No.1.

Subsequent Deutsche Grammophon releases have confirmed that here is certainly an artist of formidable talent and technique, capable of fully inheriting the mantle of traditional interpretations while infusing them with her own inspired layers of subtlety and nuance. Indeed, if her interpretation of the Beethoven Violin Concerto In D Major last Friday at the Thailand Cultural Centre (TCC) is anything to go by, she is in fact that rarest of musical creatures, blessed with the innate ability to take the mighty warhorse concertos and raise them to the next level for today's audiences.

As she completed a truly immaculate, awe-inspiring performance at the TCC, the packed audience there most definitely treated her as a bona fide superstar, with a thunderous applause and a cheering chorus of "Bravo!", which one usually associates more with the arena of live popular music. Supported by a highly attentive Royal Bangkok Symphony Orchestra and Belgian conductor Michel Tilkin, she had after all just delivered the last movement Joachim cadenza with such dazzling, mind-boggling technical wizardry and panache, that she surely achieved another of those rarest of goals on stage -- that of genuinely projecting the impression that they are the greatest living violinist today.

Her priceless instrument is the 1725 Guarneri del Gesù violin "ex-Moller" (on extended loan through the generous efforts of The Samsung Foundation of Culture of Korea and The Stradivari Society of Chicago, Illinois), and as she coaxed that infamous opening rising octaves arpeggio from her violin with a cleanliness that most can only dream of, an extreme level of focus was established between soloist, conductor, and orchestra. This was then happily maintained as the profound dimensions of the allegro ma non troppo movement unfolded, the concentration levels then continuing unabated into the ethereal larghetto, so delicately and lovingly rendered here. Bomsori's pure, silvery tone was ravishingly beautiful. Meanwhile, a hushed, high-register senza vibrato figuration was quite breathtaking, ringing quietly with a diamond-like clarity.

The joyous rondo finale was particularly notable for an admirably tight ensemble between Bomsori and RBSO. There are many difficult junctures to negotiate here, and it was obvious that much careful preparation had taken place during rehearsals. Responding to many ecstatic curtain calls, the soloist then duly obliged with the sarabande from Bach's D Minor Partita BWV 1004. Simply exquisite! 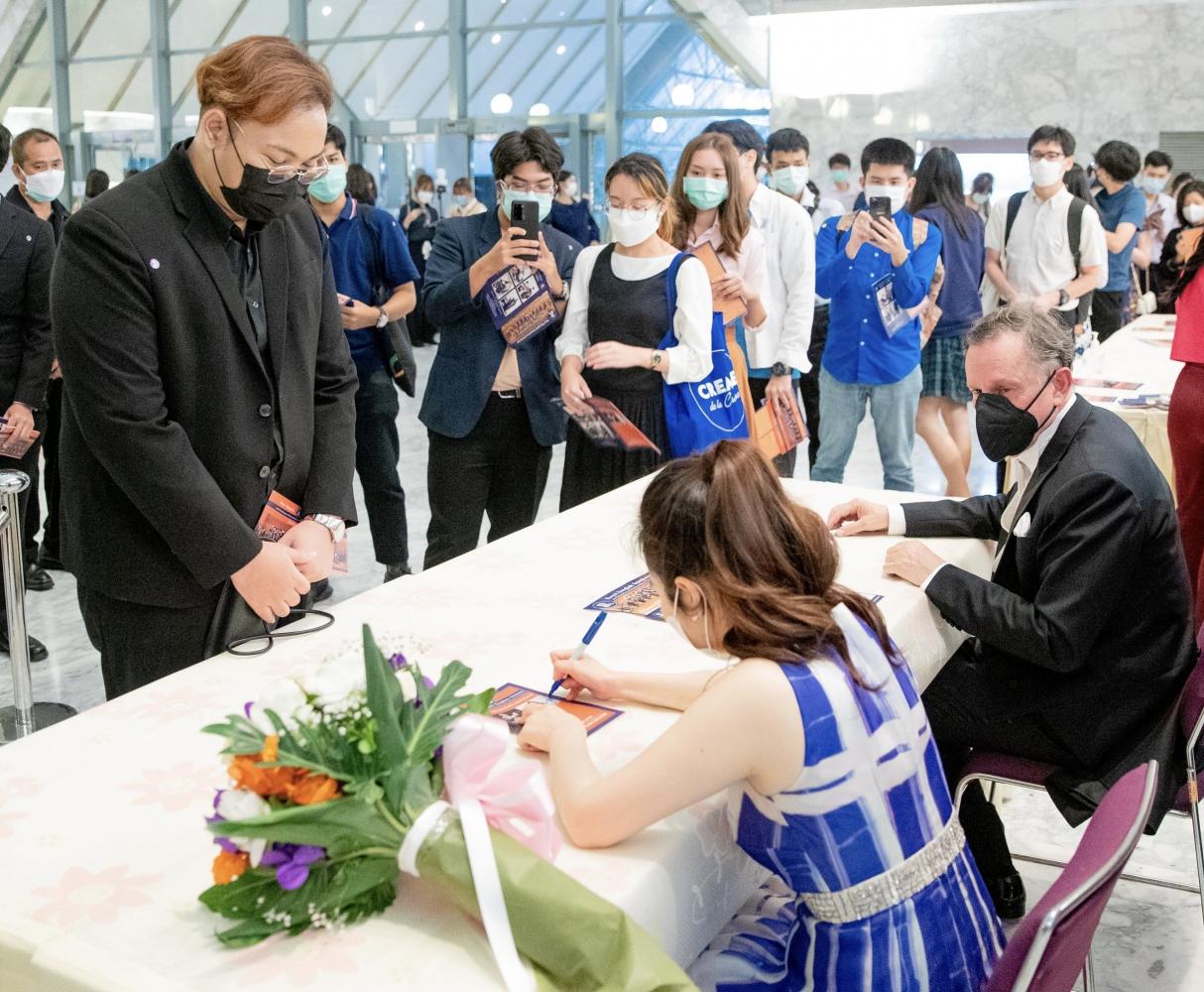 After the interval, Tilkin returned for an impassioned reading of Dvorák's Symphony No.8 In G Major, an absolute gem of a masterpiece, packed to the brim with lush orchestral invention and harmony. The emotive cello section introduction was delivered with a resoundingly warm tone, setting up nicely the great sense of structural expanse that the composer always achieves. Dvorák invariably writes interestingly for all instruments of the orchestra, and it was pleasing to see all players fully engaged with their respective, very active parts. The first violin section was exceptionally strong on this occasion, not least in a notoriously taxing high register quaver sequence in F-sharp major. This and other technical challenges they managed with aplomb.

The yearning opening of the adagio displayed well the full-bodied sound of the entire string section, which paved the way for another violin highlight of this concert, a perfectly played solo by concertmaster Bing Han -- featuring completely exposed, rather awkward double-stopping inversions. There is an irresistible gentle lilt to the following allegretto grazioso, with the most wistful and flowing of themes, supported by a glowing tone in the violas. The essential Czech, bohemian essence of this music came across most convincingly here. Leading straight into the finale with no break, the brass then had their opportunity to shine -- and shine they did. Opening with a bold trumpet fanfare, followed by another cello exposition to mirror that of the first movement, the RBSO fired on all cylinders as the music launched into a rumbustious, celebratory allegro. French Horns and trombones also played superbly throughout the louder passages, reaching a final heroic climax -- one of the most rewarding in the repertoire.

From start to finish this was a concert driven by an unusually high level of commitment and inspired energy -- a pure privilege and pleasure to witness and enjoy. To cap off the evening, a long line of young concertgoers meandered the auditorium's lobby, enthusiastically awaiting Bomsori for autographs and a plethora of selfies. 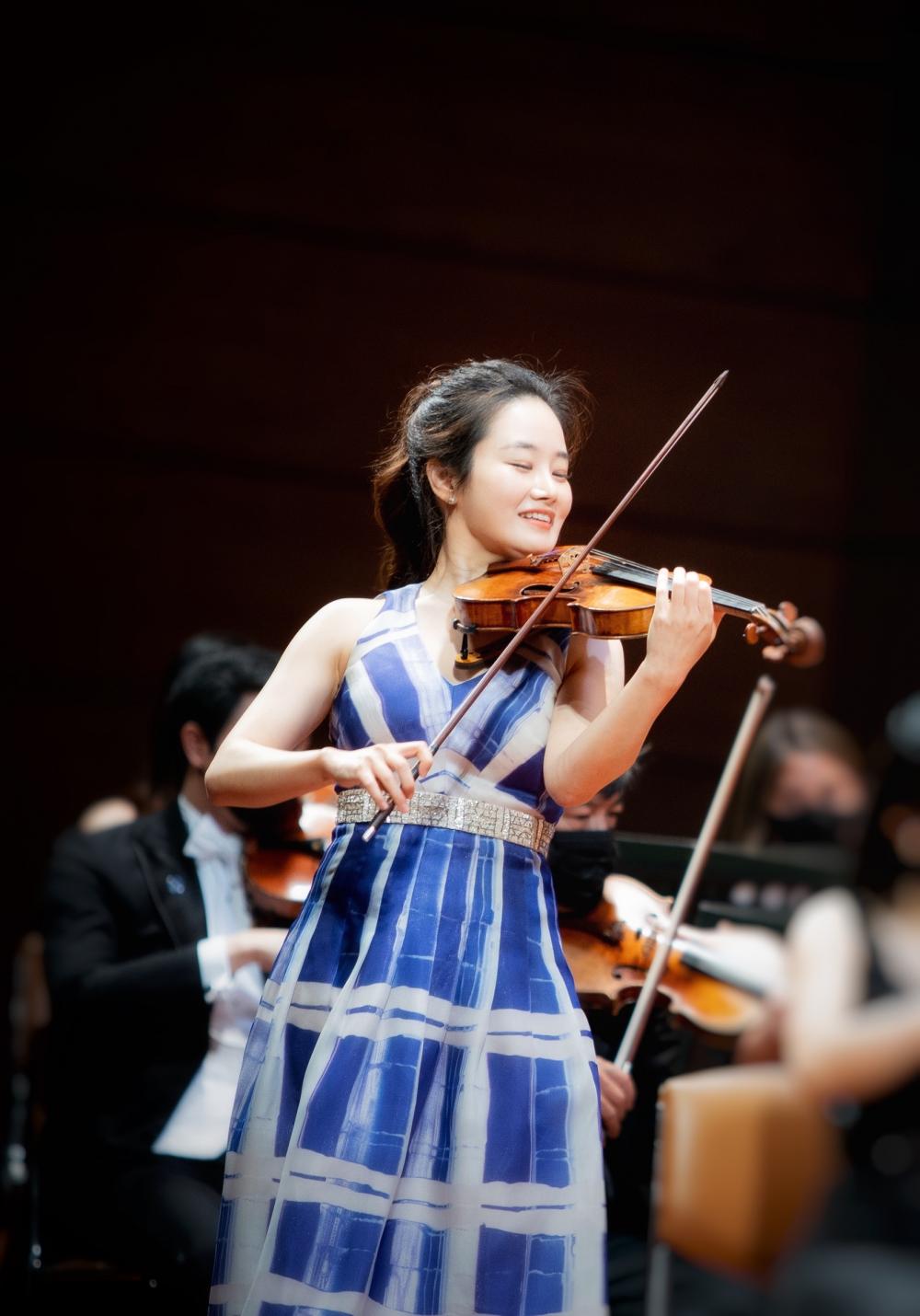